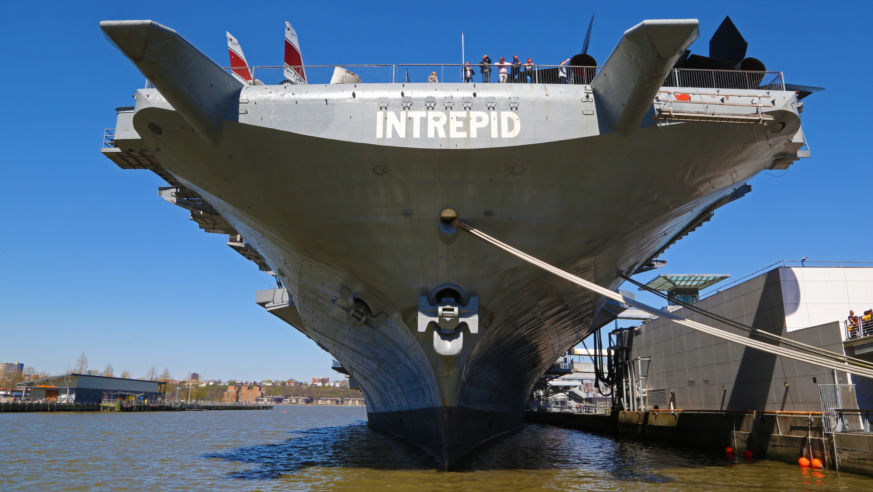 The Met and the Guggenheim are world-famous—worthy of a pilgrimage, some would say—but New York's museums extend far beyond the 28-block stretch of Fifth Avenue that's official recognized as Museum Mile. Smaller institutions throughout the city's five boroughs bring various aspects of local history, industry, and culture to life. From Midtown Manhattan to Staten Island to the Bronx, here are 10 gems that shine.

Everyone knows that New York City has historically been a center of finance, art, and theater. It’s nautical history, however, remains a bit under the radar. That heritage comes to life at the National Lighthouse Museum on Staten Island, just a quick walk from the ferry terminal. Located in a 1912 foundry building on the former site of the once bustling US Lighthouse Service’s General Depot (one of the six remaining buildings from the original 18), the largely self-guided museum explains everything you never thought there was to know about lighthouse upkeep, the life of lightkeepers, and the physics of light projection. You’ll never look at nautical navigation the same way again.

It's no stretch to think of the Museum of the Moving Image like a mini-Smithsonian Institute, what with its all-encompassing collection that represent American culture. The museum, which opened in Astoria, Queens, in 1981 in the former home of the once illustrious Astoria Studios, features about 130,000 objects relating to film, television, sports and news broadcasting, and even video games. Plus, there was a recent exciting development: A Jim Henson exhibit, once a temporary display of all things Muppets and Sesame Street, became a permanent part of the museum's collection in 2017. Add that to everything from costumes from Gone With the Wind to vintage cartoon and comic book memorabilia to old-fashioned film and recording equipment and vintage movie theater furnishings, and an afternoon here presents a vivid portrait of America’s love affair with entertainment.

It all adds up: National Museum of Mathematics 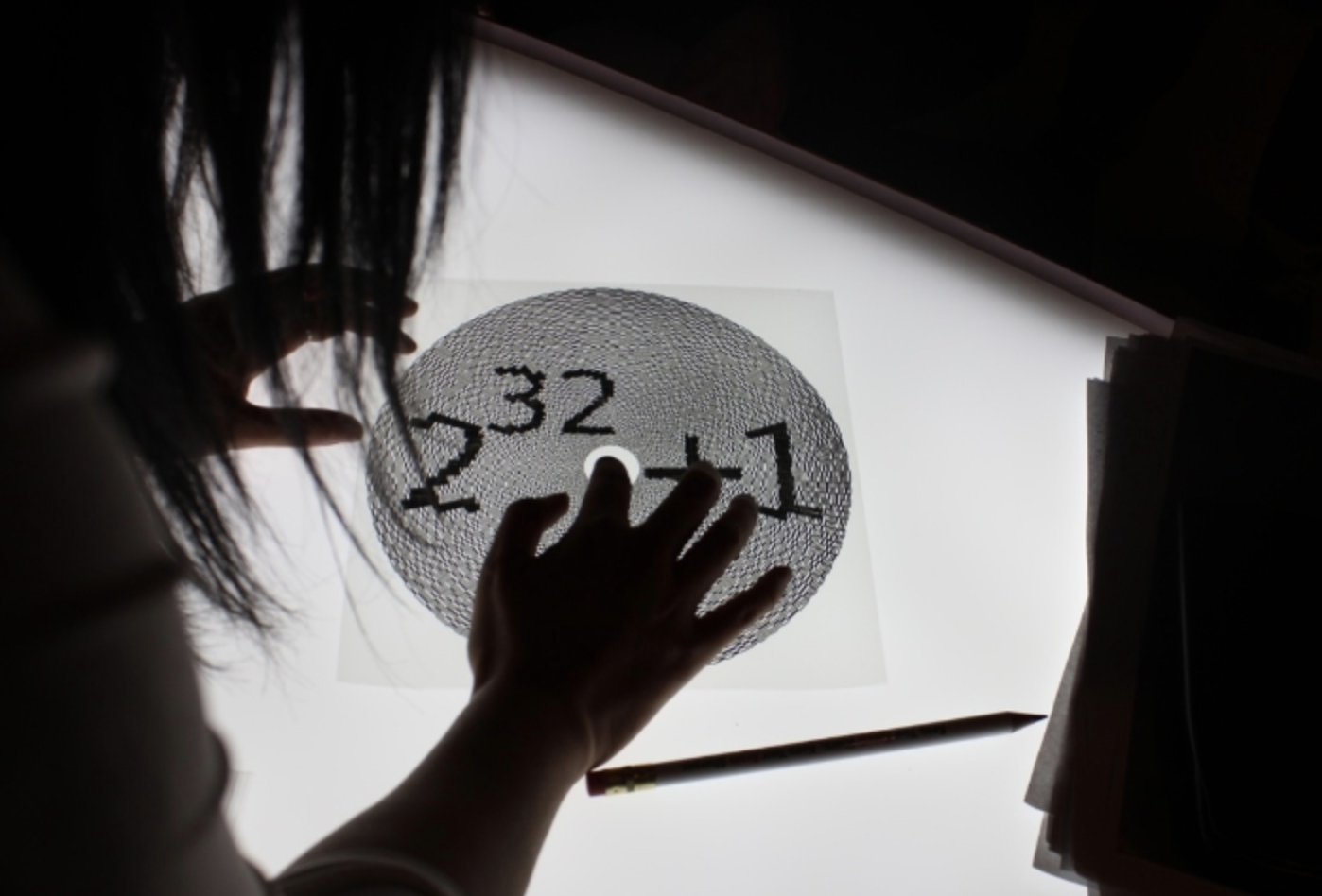 Algebra and geometry might not be part of your most riveting high school memories, but the family-friendly Museum of Mathematics, a two-story tech-forward playground that opened near Madison Square Park in Manhattan in 2012, wants to change your opinions of algorithms, physics and optics. Committed to showing how so many of the glorious things we take for granted are a direct consequence of an intricate natural numbers game, it offers interactive exhibits are designed to illuminate how shapes, angles, curves, and motion work. That’s no small undertaking, but with exhibits like a pixilated floor that reacts to movement and a rectangle-wheeled tricycle that moves smoothly along a corrugated track, odds are you’ll walk out excited to talk about paraboloids, catenaries, and tessellation. Logically. 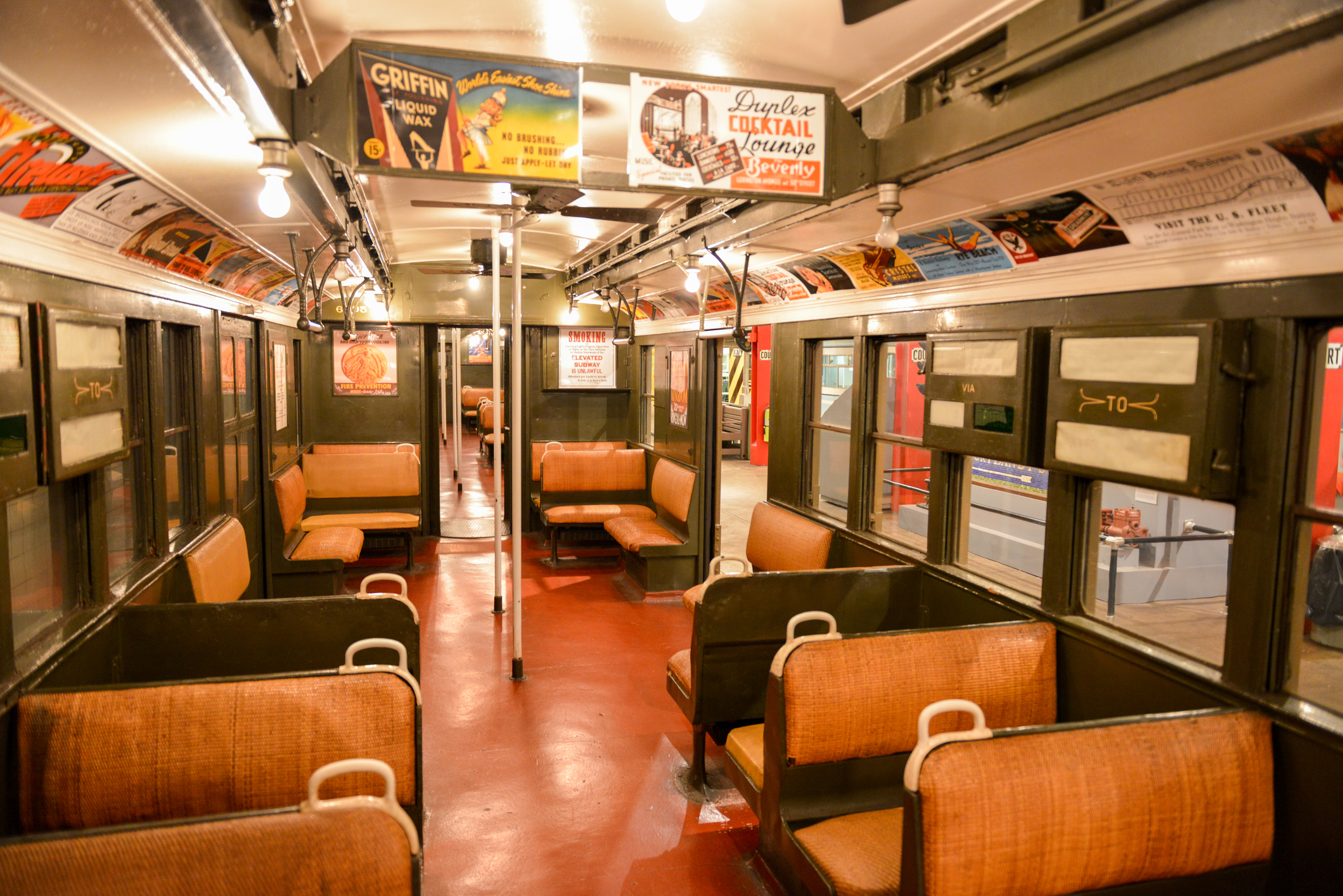 Between delays and overcrowding, the New York subway system gets a bad rap. But when you stop and think about the fact that the 150-plus-year old system with 472 stations—the most of any mass transit operation in the world—runs 24 hours a day, 365 days of the year, delays are a small price to pay to ride on this remarkable network. The New York Transit Museum, located in a 1936 subway station in downtown Brooklyn, features vintage cars dating back to 1907 and permanent exhibits that pay tribute to engineering, construction, employees, and many other aspects that ensure the system keeps people moving. Historical artifacts, old signage, video footage, photography, and structures like vintage turnstiles collectively tell the dynamic story of this system that has helped define New York City. Temporary exhibits cover topics like the subway’s role in comic books. And yes, the museum is walking distance from four subway stations and six different lines, so be sure to take the train here.

Few images of late 19th- and early 20th-century American history are more iconic than those of immigrants arriving at Ellis Island. The Tenement Museum offers a snapshot of their lives once they settled in New York City. Located on the fast-gentrifying Lower East Side in two tenement buildings, a National Historic Site that housed an estimated 15,000 working class people between 1863 and 2014, the museum presents interactive exhibits and displays that tell vivid stories about families adopting new identities and making new lives for themselves. Throughout fives floors of exhibits, you’ll learn about garment factory workers, kosher butchers, and shop owners, transmitting a vivid sense of what it was like to be a stranger in a strange land. There’s also a variety of neighborhood walking tours, including one that samples the area’s ethnic foods and one that points out historic sites that played into the daily immigrant experience.

Be a part of it: Museum of the City of New York 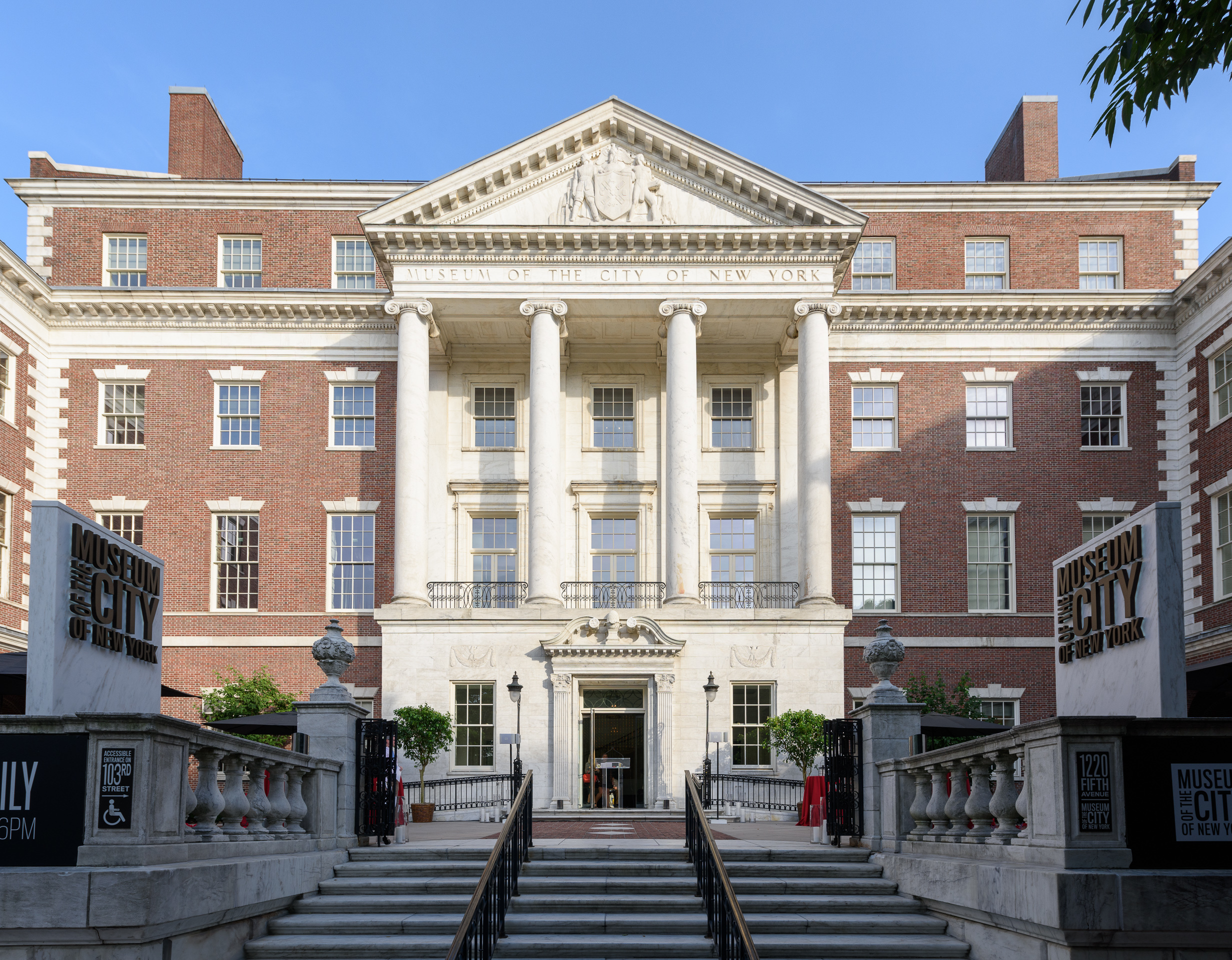 For a deep dive into the history of this ever-changing metropolis and work by some of its most renowned residents, the Museum of the City of New York is hard to beat. Housed in a 1932 Georgian Colonial-Revival building in East Harlem, the institution is a tribute to the city's status as a hub of urban creativity. With an impressive collection of some 750,000 objects spanning photography and sculpture to costumes and theatrical memorabilia, there’s too much to display at one time, but with rotating exhibits drawing from such a varied collection, there’s bound to be something for everyone here. Broadway nerds will thrill to Eugene O’Neill’s handwritten drafts and Gershwin Brothers’ memorabilia, while those fascinated by the details will appreciate maps and ephemera from the 17th century on. You can even see hand-painted casts of famous New York boxers’ hands in the sculpture collection.

Aside from pilgrimages to Yankee Stadium and the other Little Italy, Arthur Avenue, the Bronx doesn’t get much non-local love. And that’s a shame, because the Museum of Bronx History is well worth the trek north. Located in a 1758 house – the borough’s second-oldest – with original details like oak and pine floorboards and hand-forged nails, the building that holds the museum survived a two-day, one-block move in the 1960s and is now as much an attraction as its contents. Opened in 1968, the museum’s main level features two galleries with rotating exhibits and a permanent display in the front parlor that digs into the Bronx backstory, from the arrival of the Dutch to the booting of the British.

Get on board: Intrepid Sea, Air & Space Museum 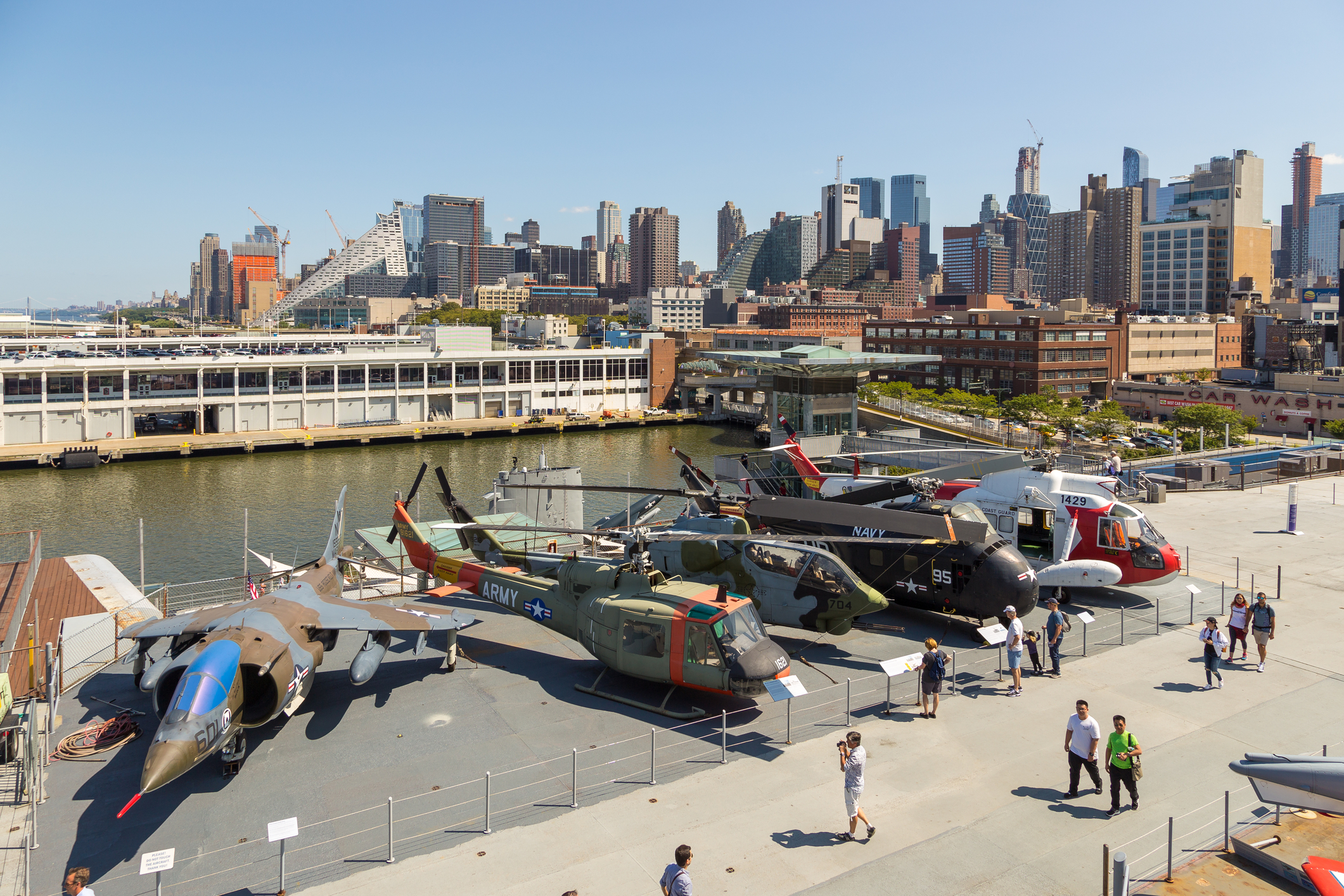 It’s not often that you get the chance to live out your Top Gun fantasies and learn about America’s history of science and service at the same time, but at Manhattan’s Intrepid Sea, Air & Space Museum, you can do just that. A legendary aircraft carrier that faced kamikaze attacks and torpedo strikes during World War II, tracked Soviet submarines during the Cold War, picked up NASA astronauts on their return from space in the ‘60s, and served three tours of duty in Vietnam, the Intrepid is now docked on the Hudson River, where it hosts more than a million visitors a year. Explore the ship from top to bottom – or, to be specific, from the flight deck to the third deck – to get a feel for life as a recruit. And be sure to allow time for the rest of the museum’s collection, too. Featuring an array of carefully preserved and restored aircraft, there are plenty of superlatives to see, including the world’s first space shuttle, the first aircraft to break the sound barrier on its maiden voyage, and the plane flown by the first President Bush during World War II.

A family affair: Museum of the American Gangster

From Al Capone to The Godfather, little holds a place in the American imagination like the Mafia, and at the Museum of the American Gangster in the East Village, you can descend into the criminal underworld – for an afternoon, at least. A former speakeasy turned shrine to organized crime, the two-room museum investigates the role of illegal enterprise in the development of cities like New York and Chicago, from politics and culture to myths and urban legends. Plus, it boasts a collection of artifacts that would make even the most hardened mobster jealous, from the shell casings from the shootout that ended Bonnie and Clyde’s bank-robbing spree to the death masks of John Dillinger. No vows of loyalty required for entry. 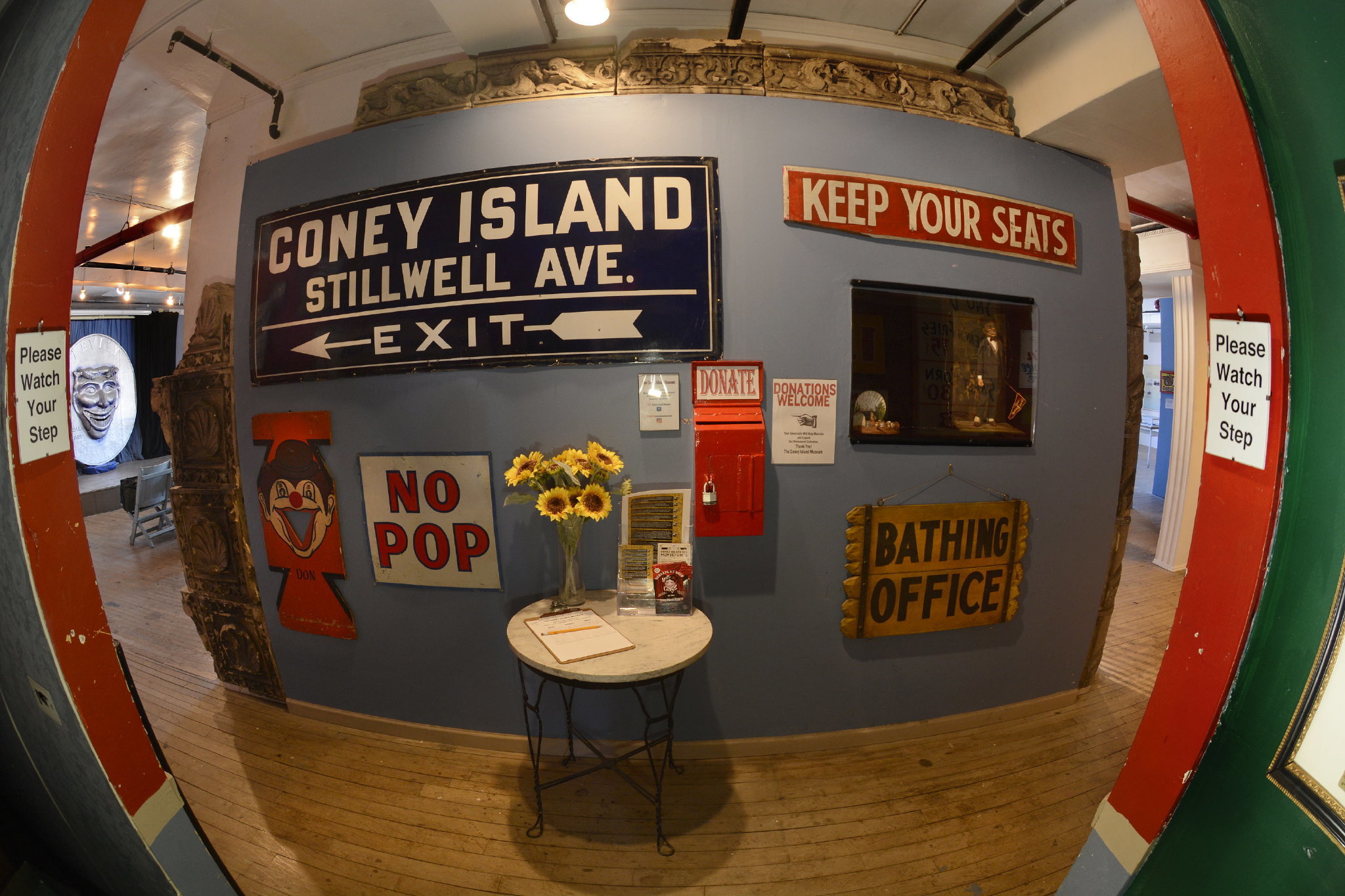 Home to a world-famous hot-dog eating contest, a legendary boardwalk, a long-running, near-legendary sideshow, and a 91-year-old wooden roller coaster that’s earned a spot on the National Register of Historic Places, Brooklyn’s Coney Island has served as a respite from city life since its inaugural hotel went up in the 1920s. You can learn about its storied history at the Coney Island Museum. Founded in 1981 and located just across the street from a subway terminus, this small second-story establishment is like wandering into an eccentric uncle’s attic. Past the funhouse mirrors, you’ll find a treasure trove of vintage ephemera and antique collectibles – photos, ticket stubs, postcards, game signage, and actual cars from decommissioned coasters – as well as exhibitions detailing the amusement parks that came before, and the neighborhood’s evolution from upscale retreat to freak-friendly phenomenon to G-rated vacation destination. It’s the perfect place to embrace your weird side.