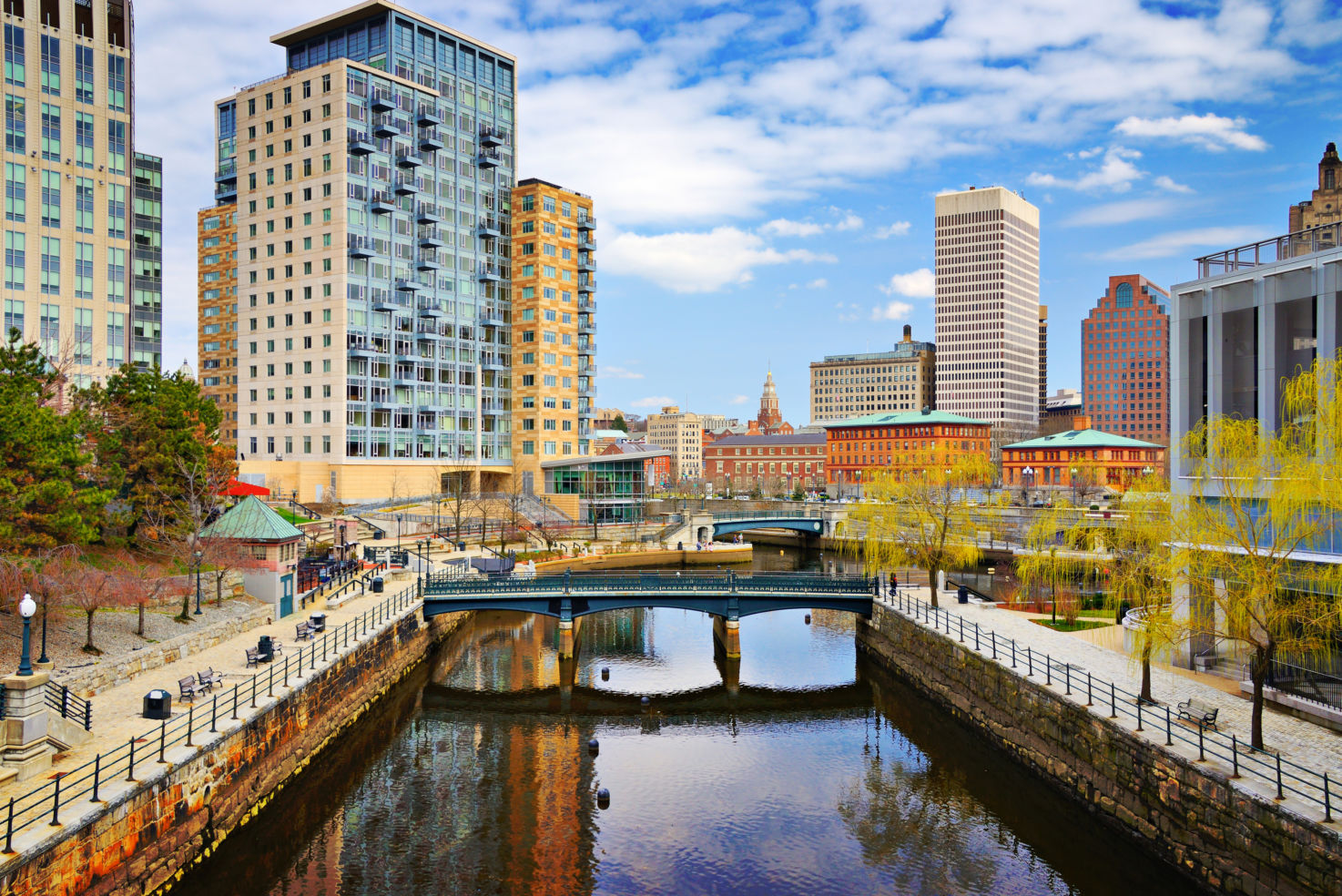 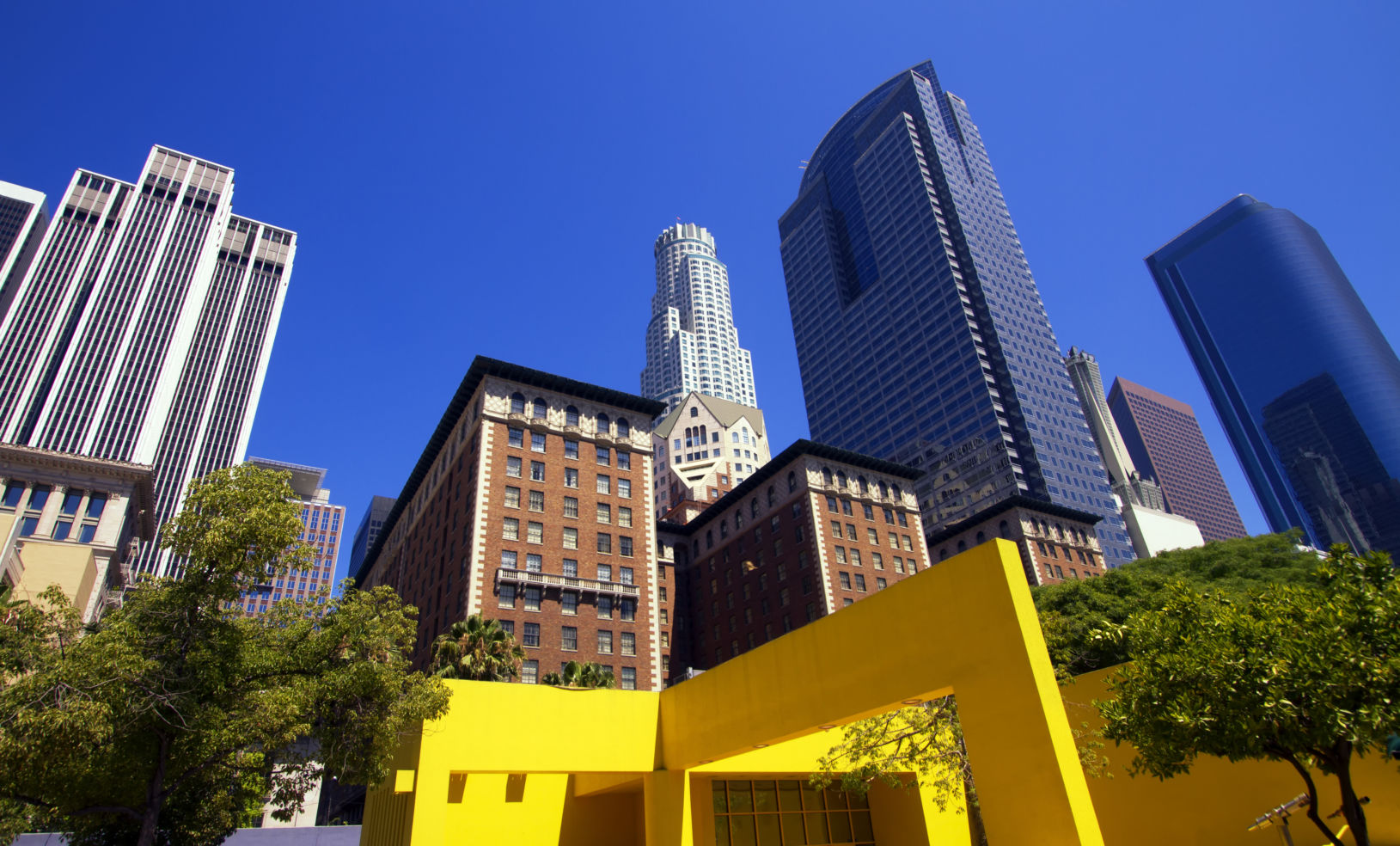 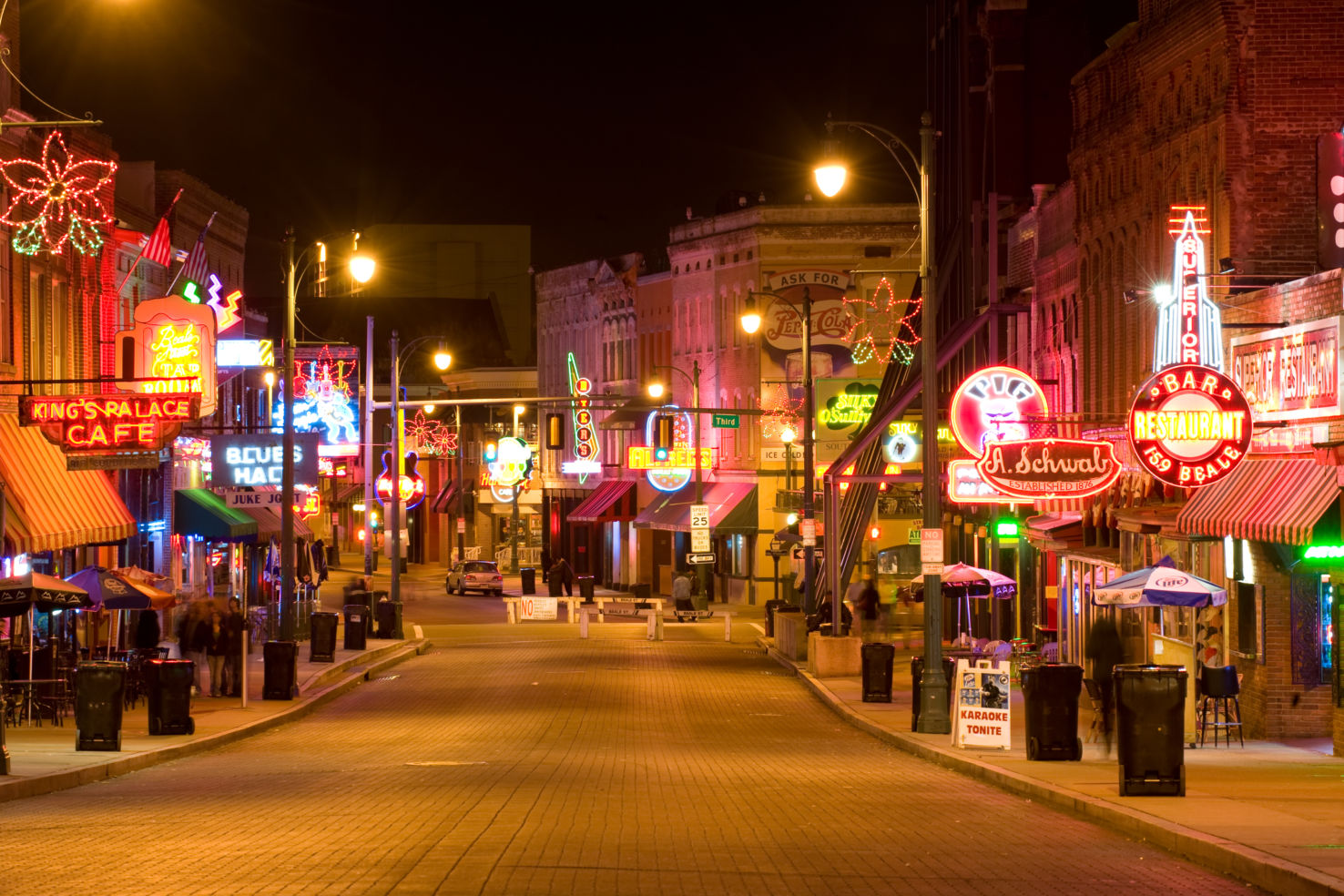 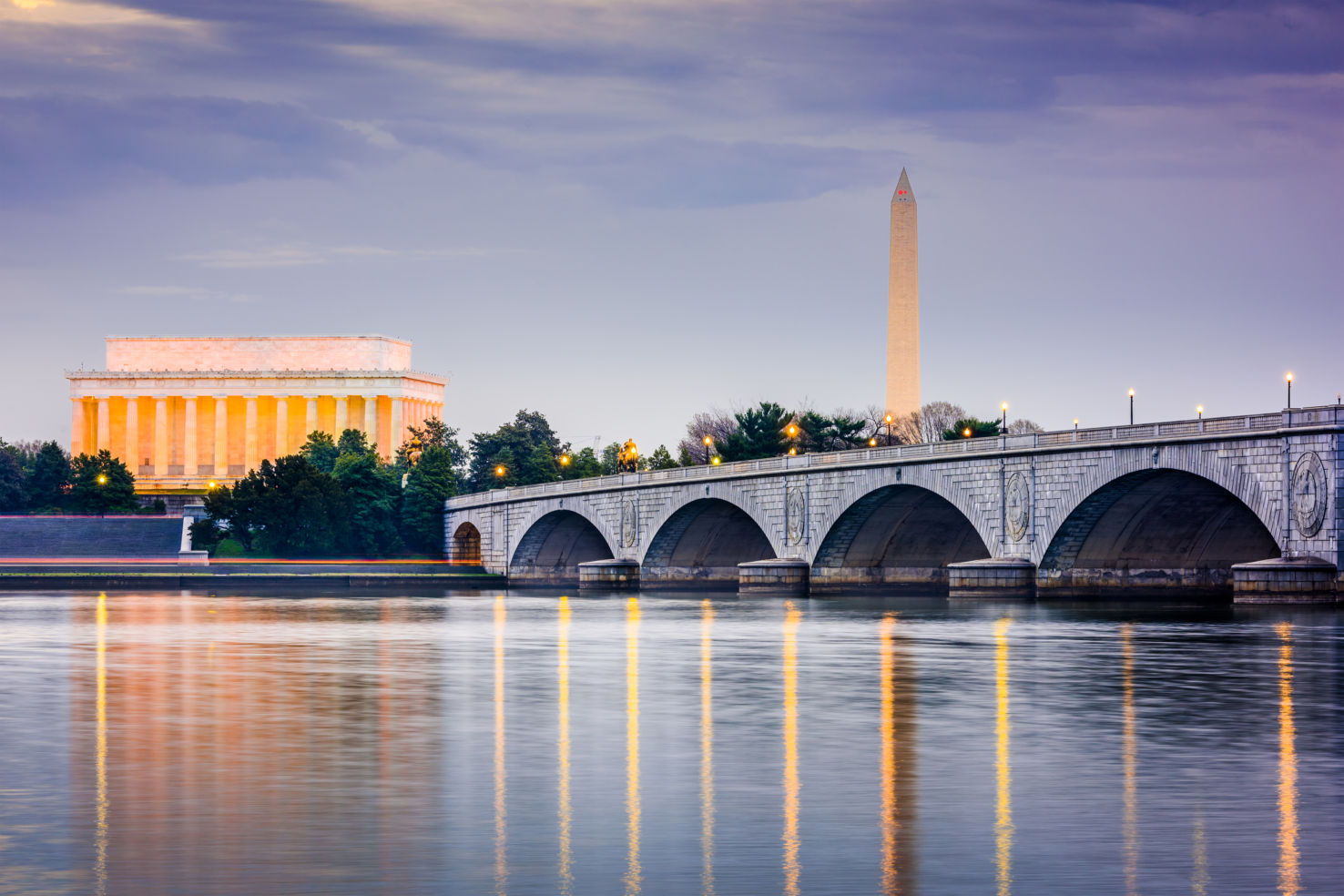 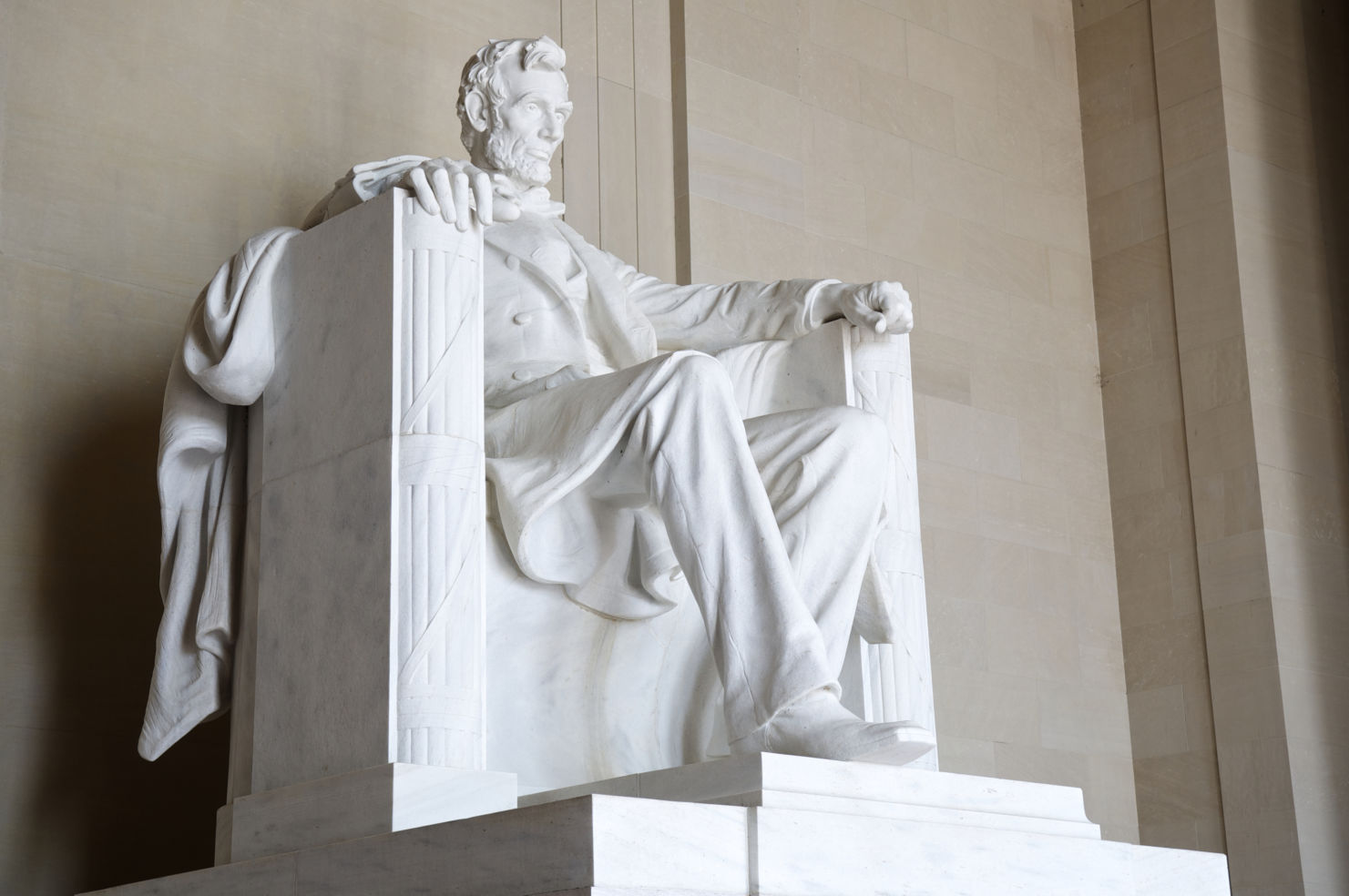 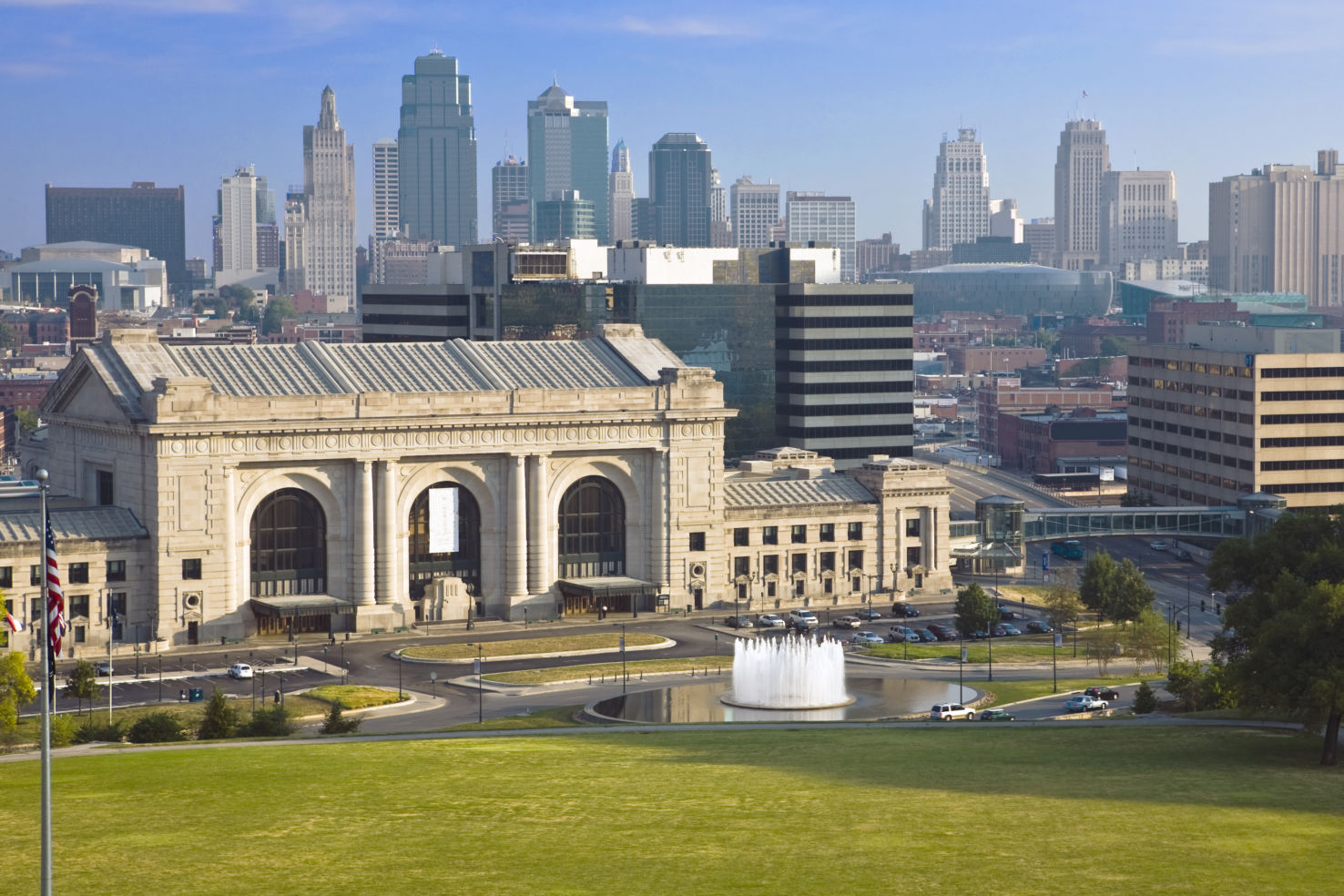 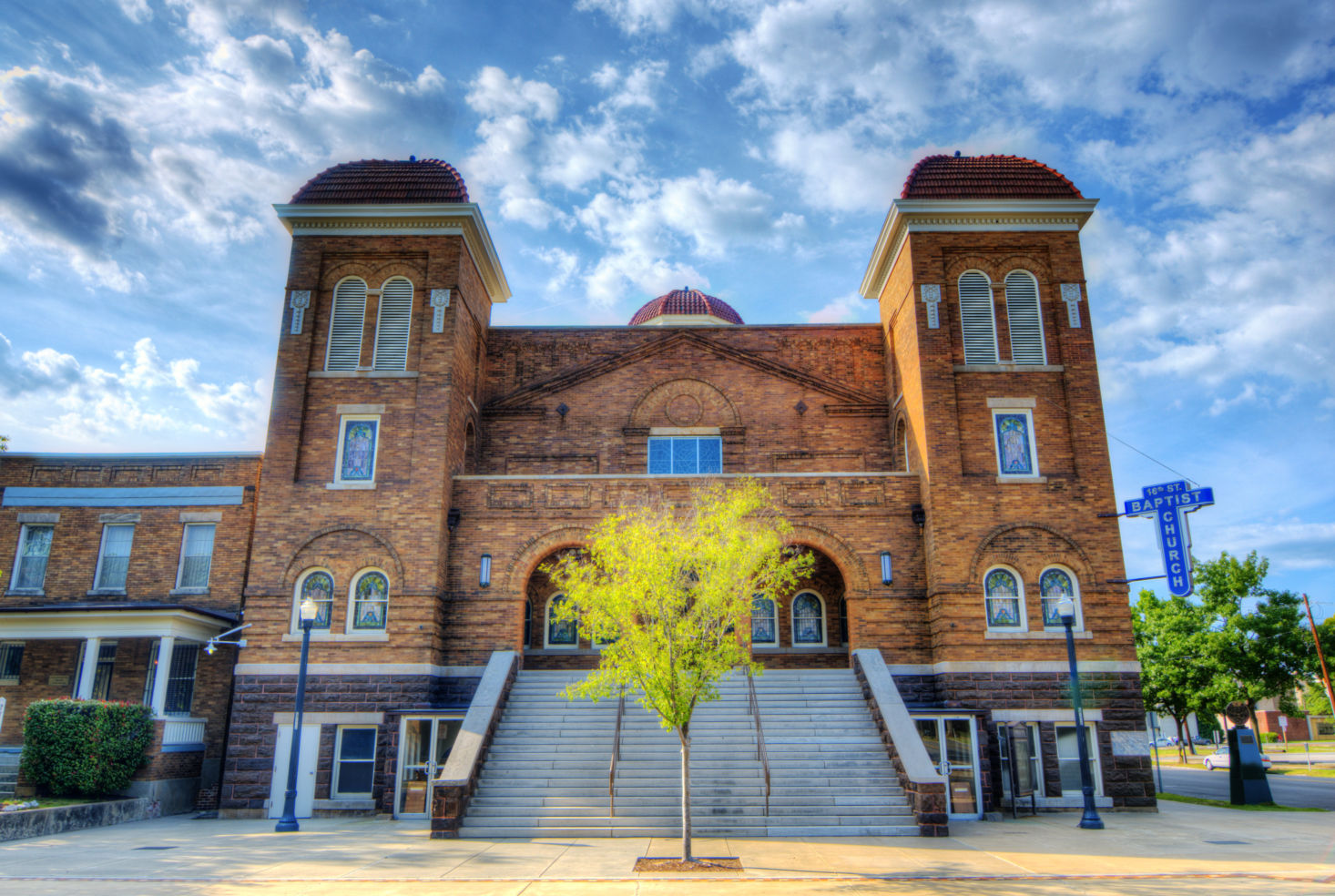 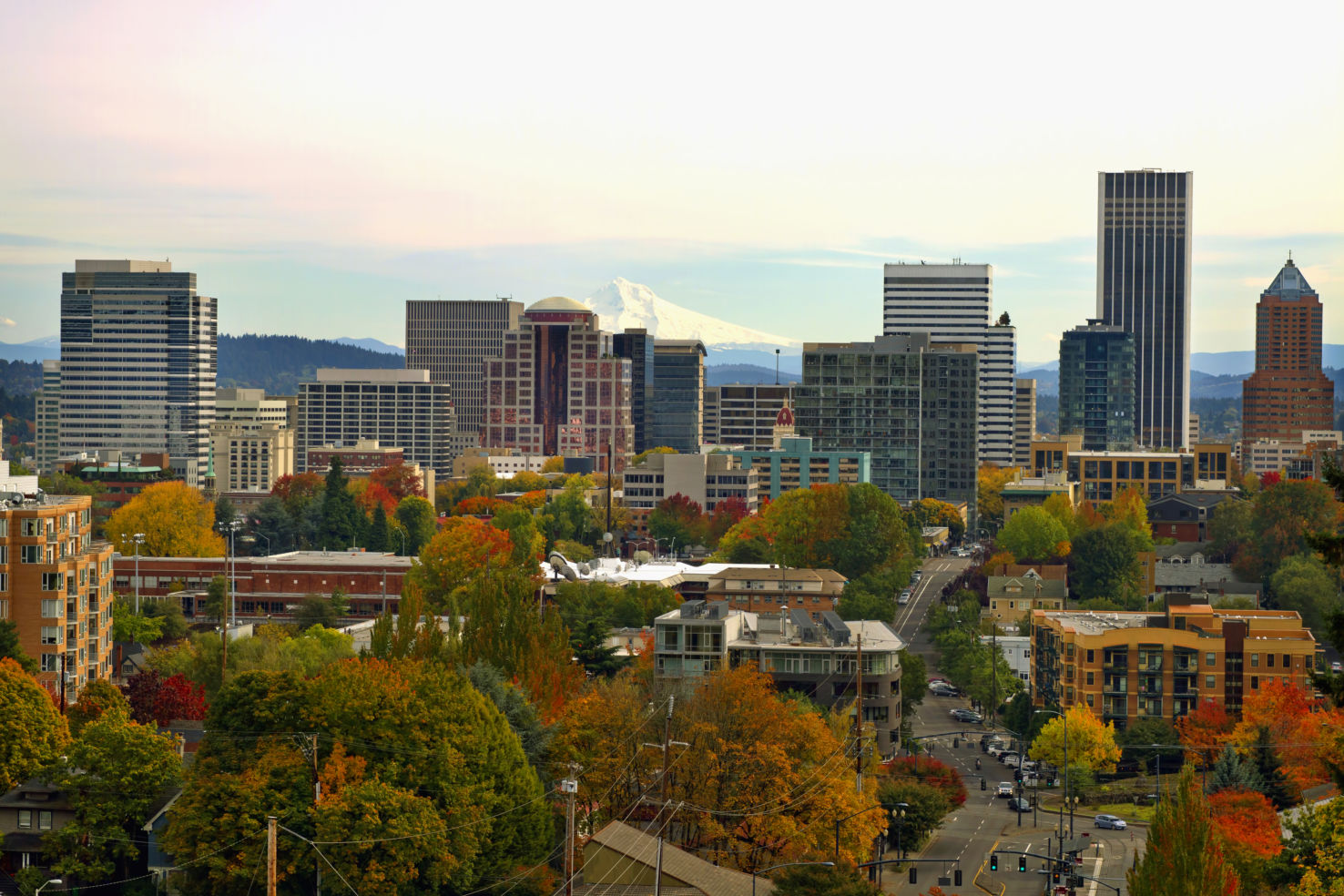 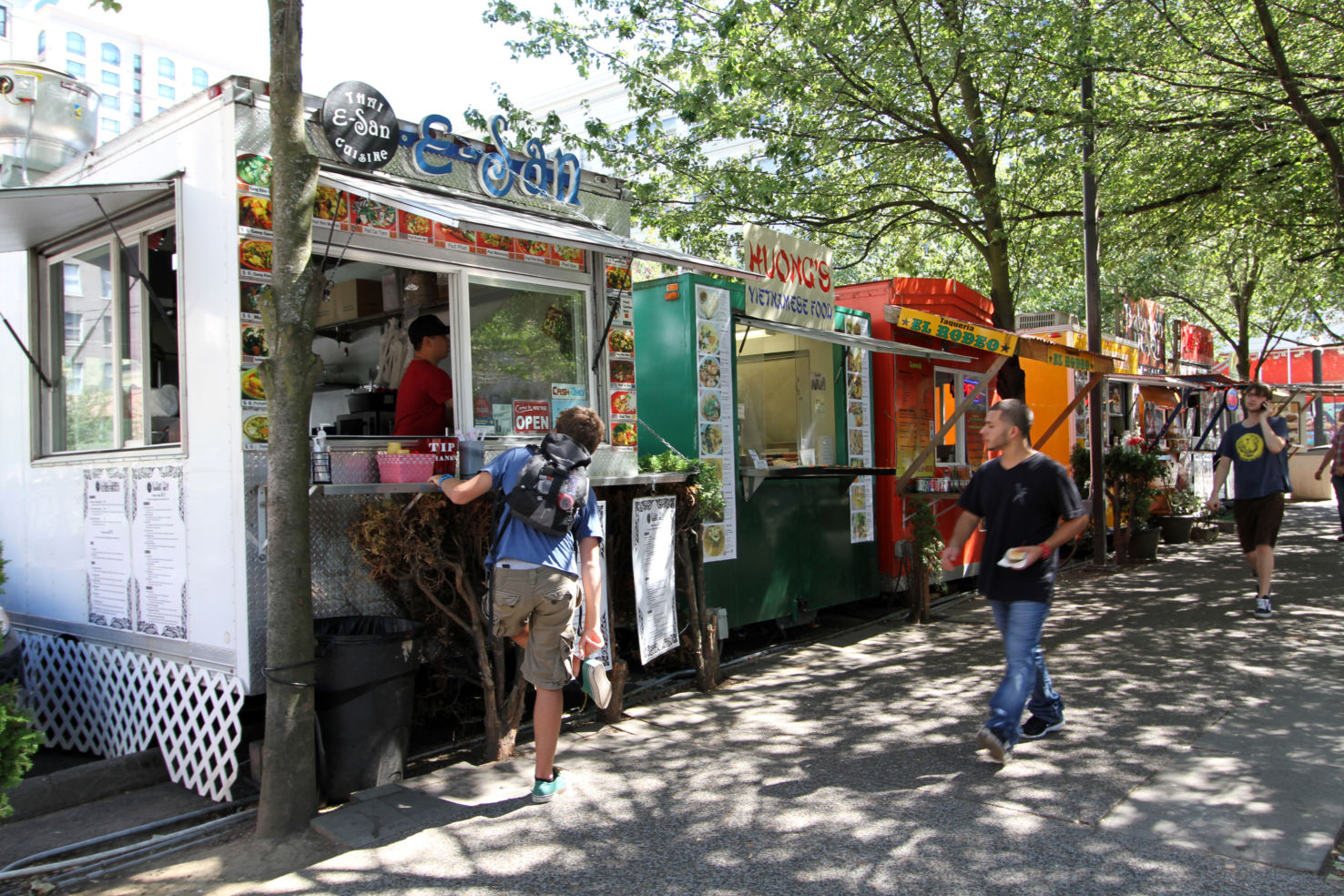 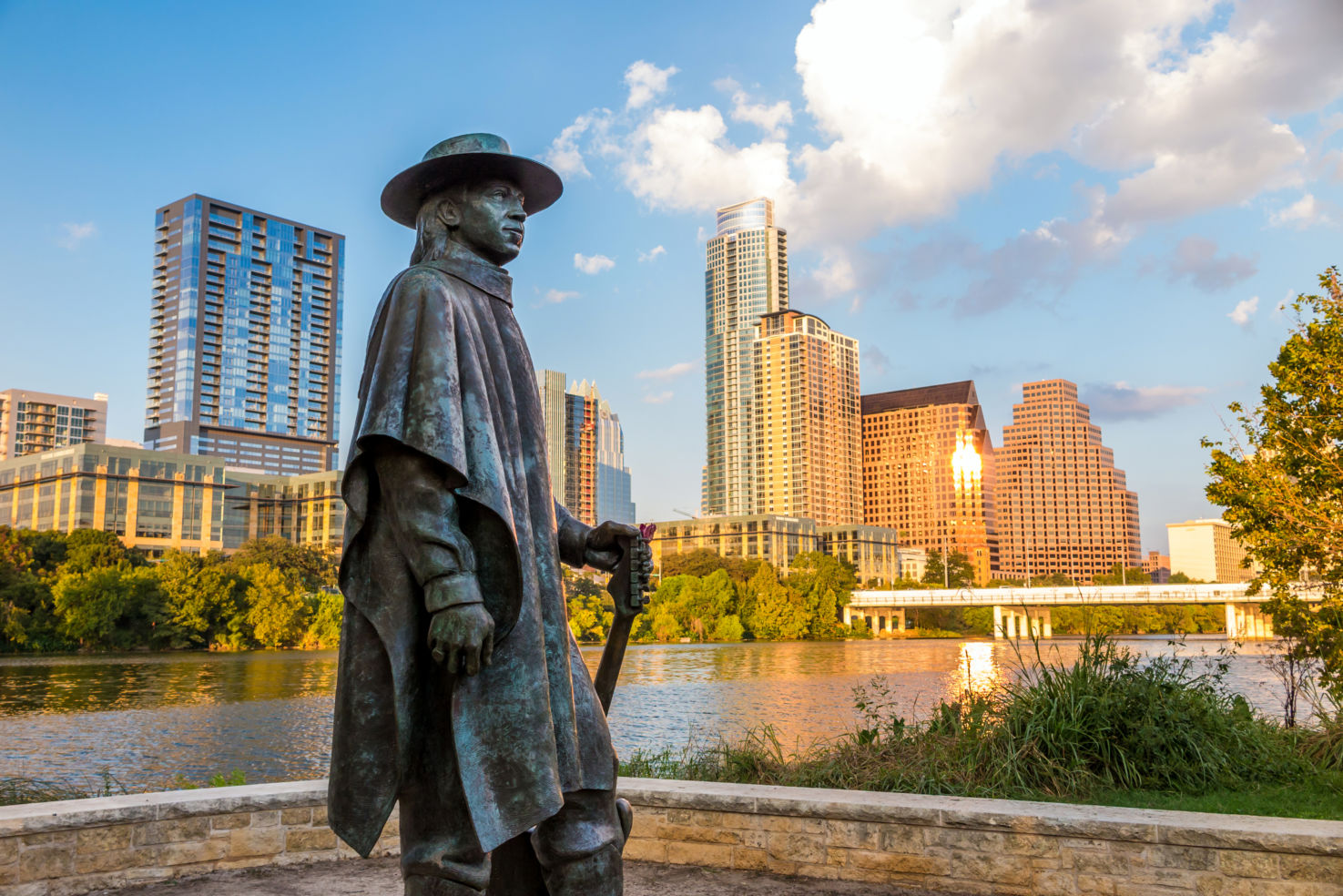 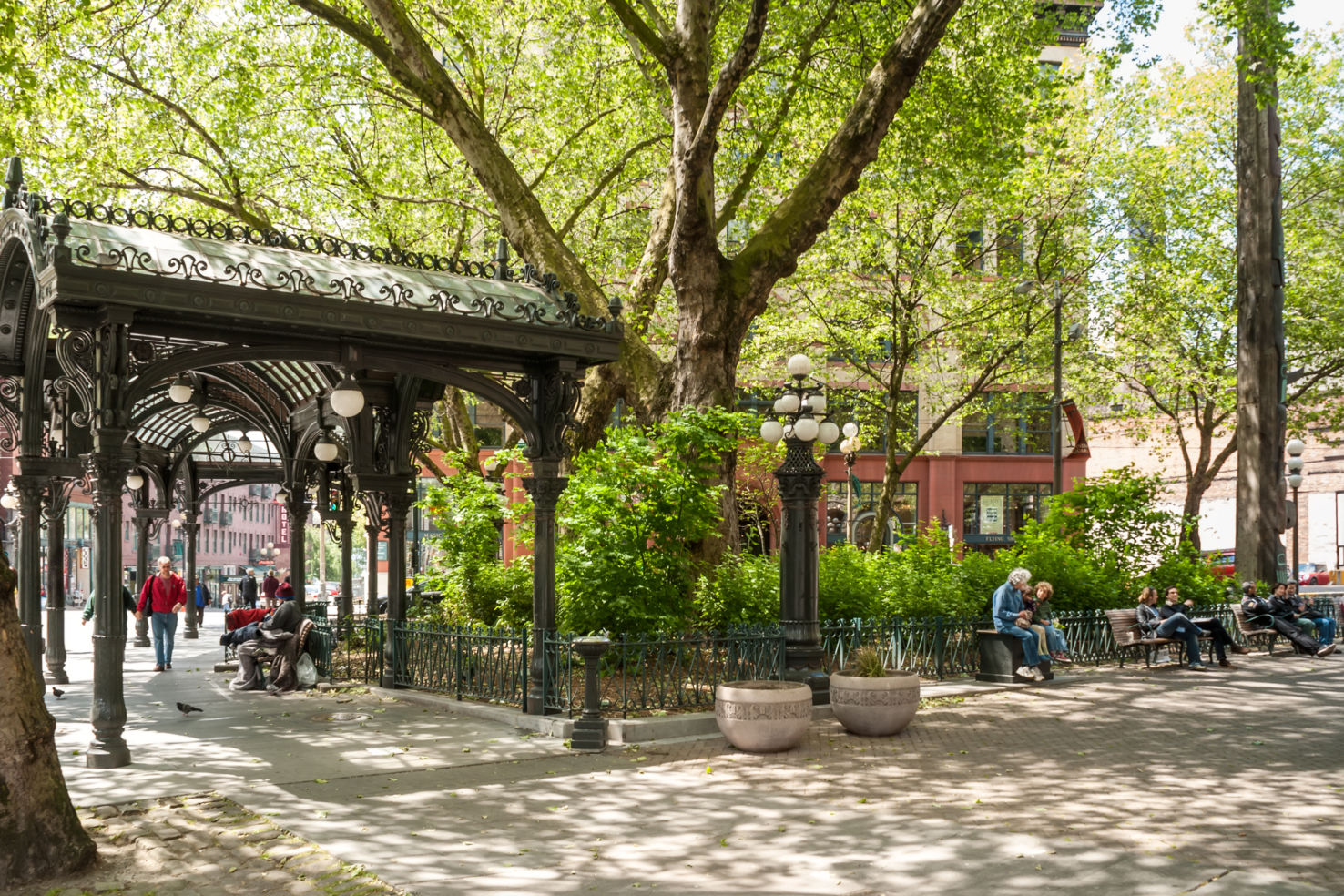 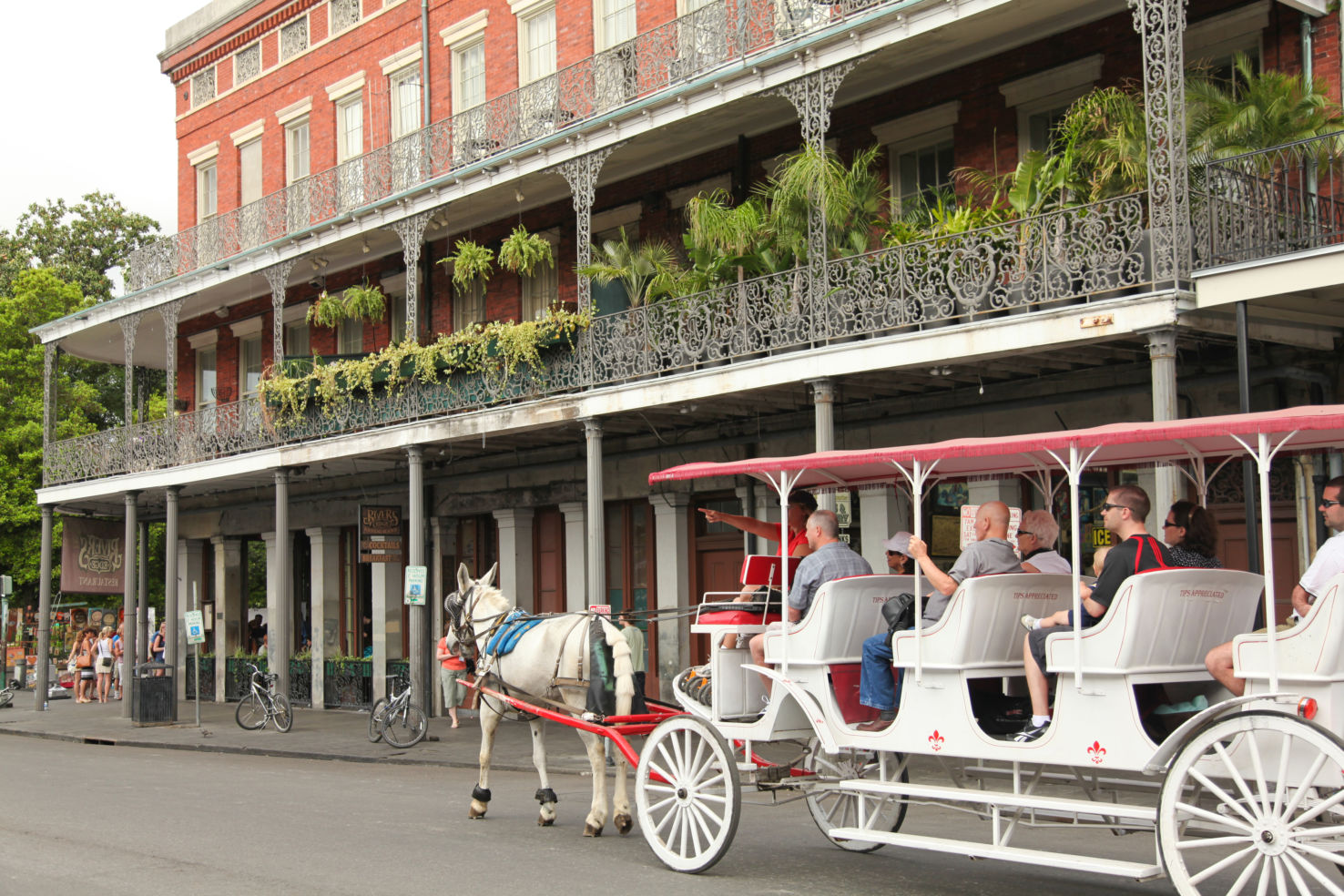 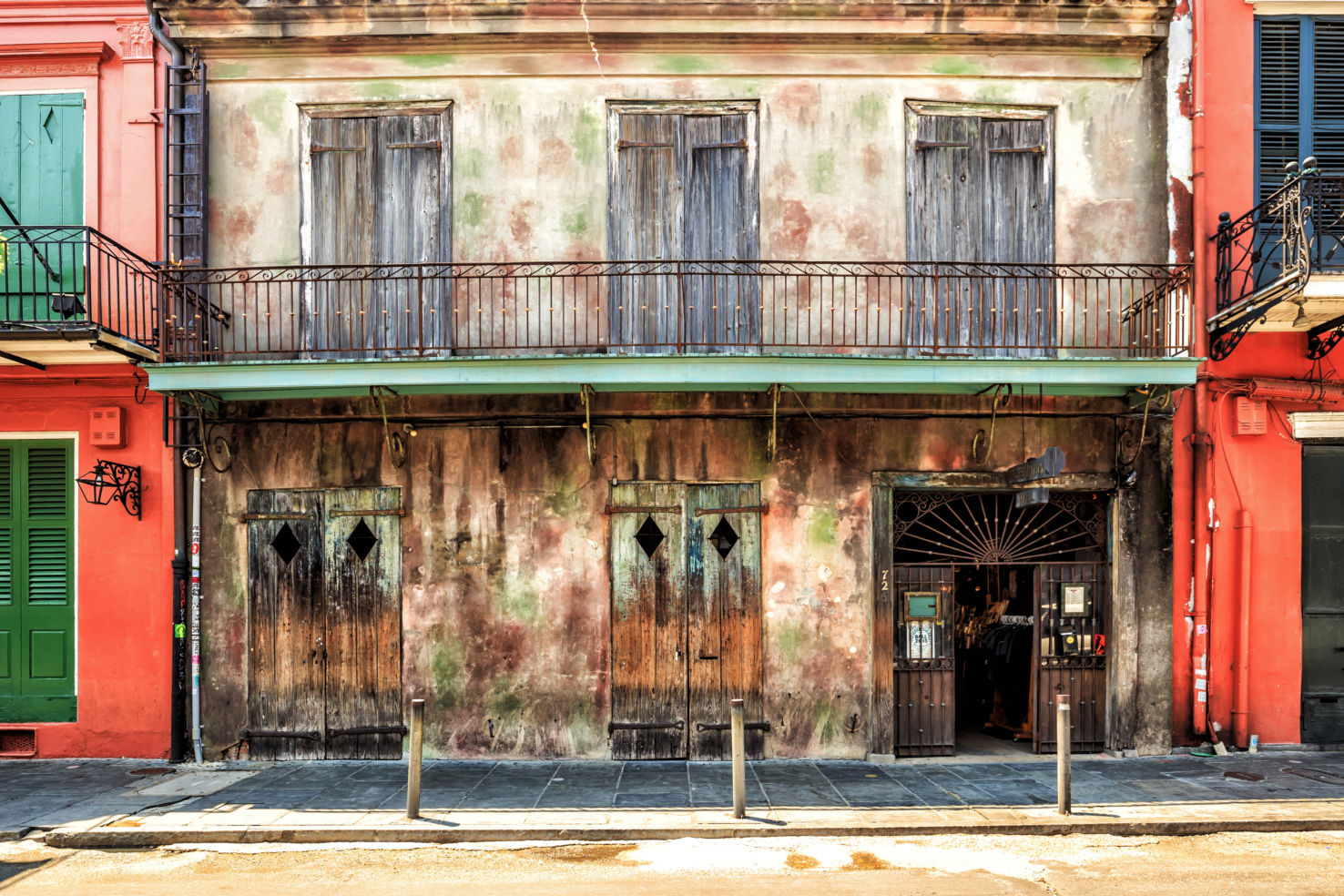 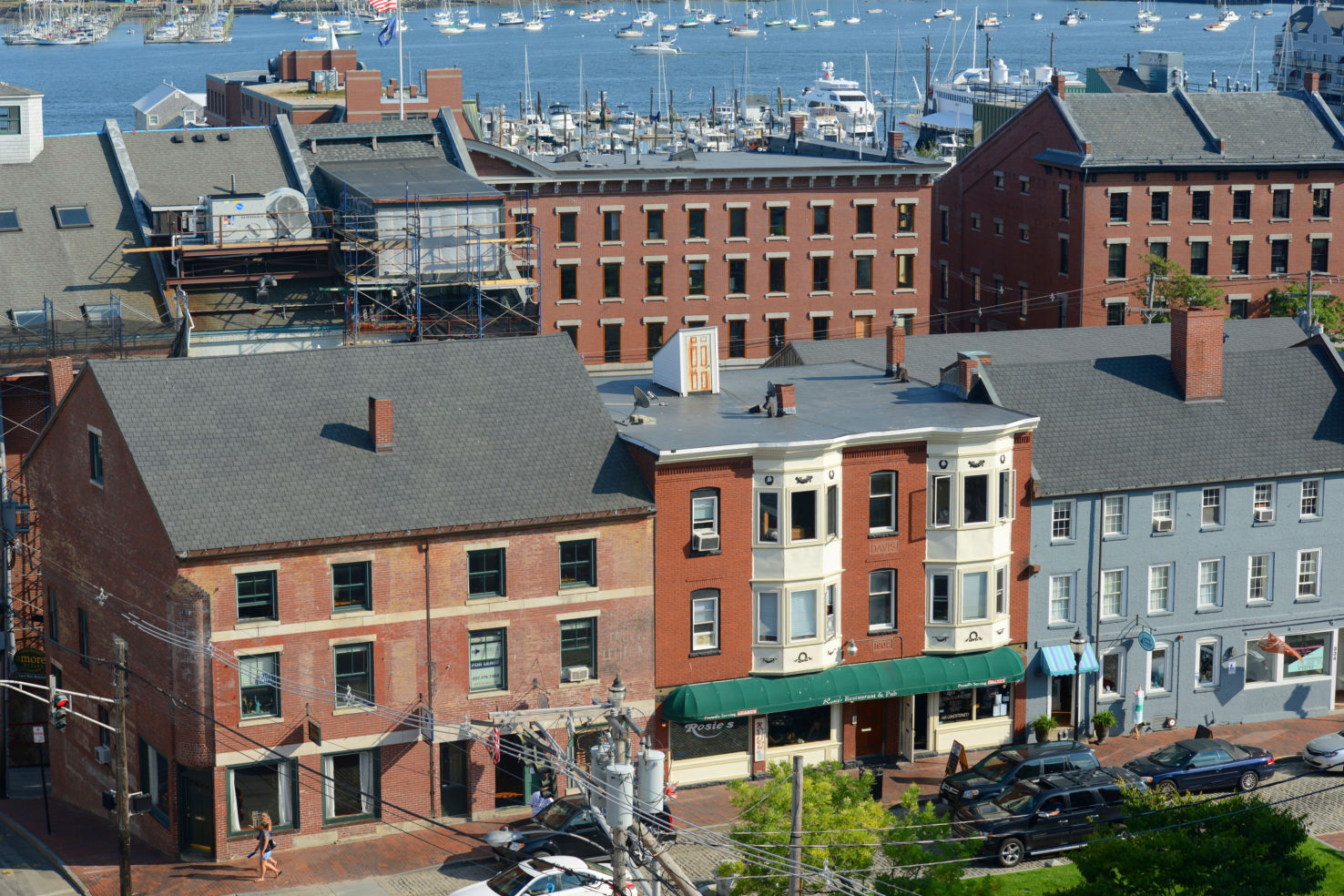 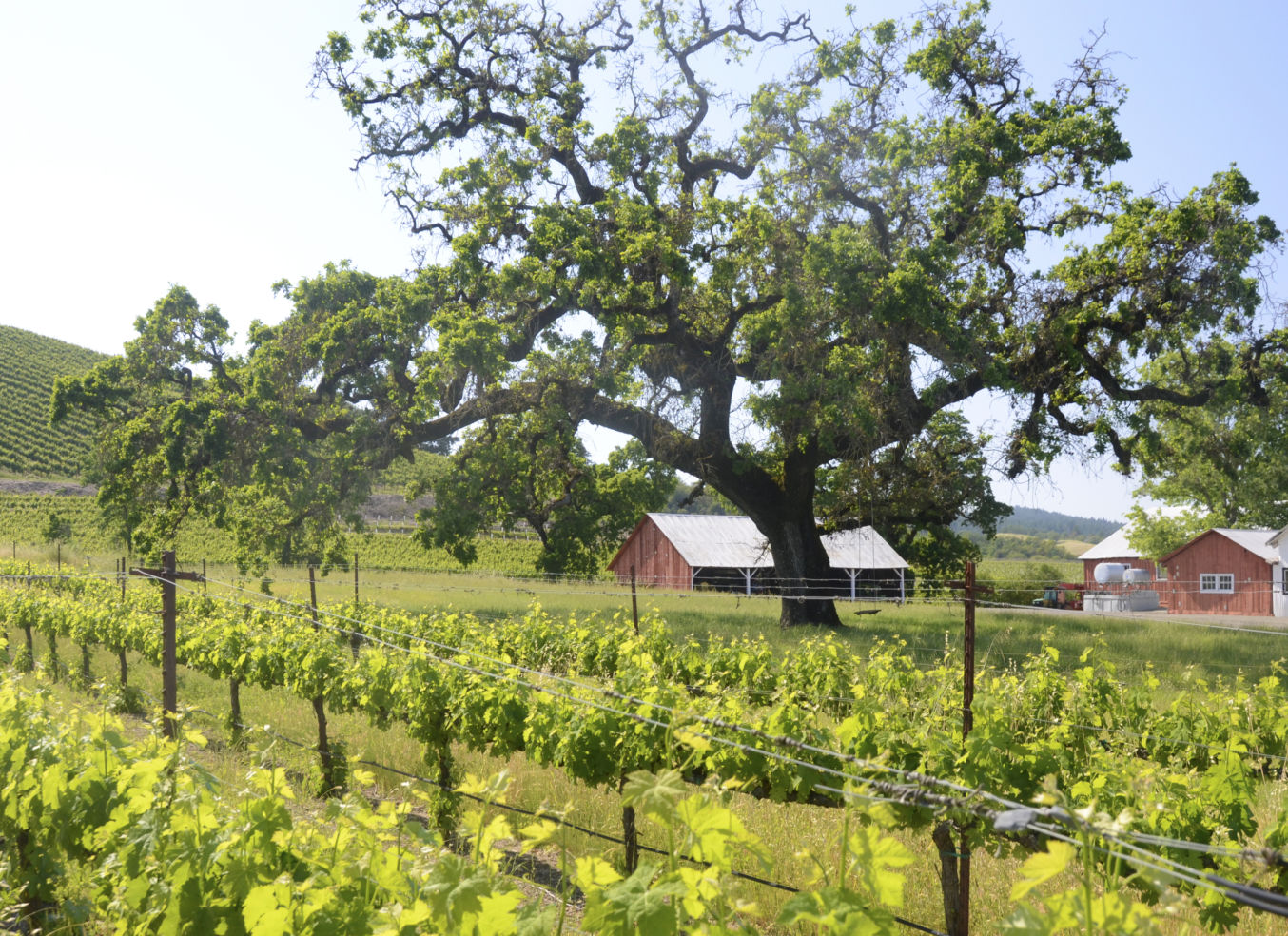 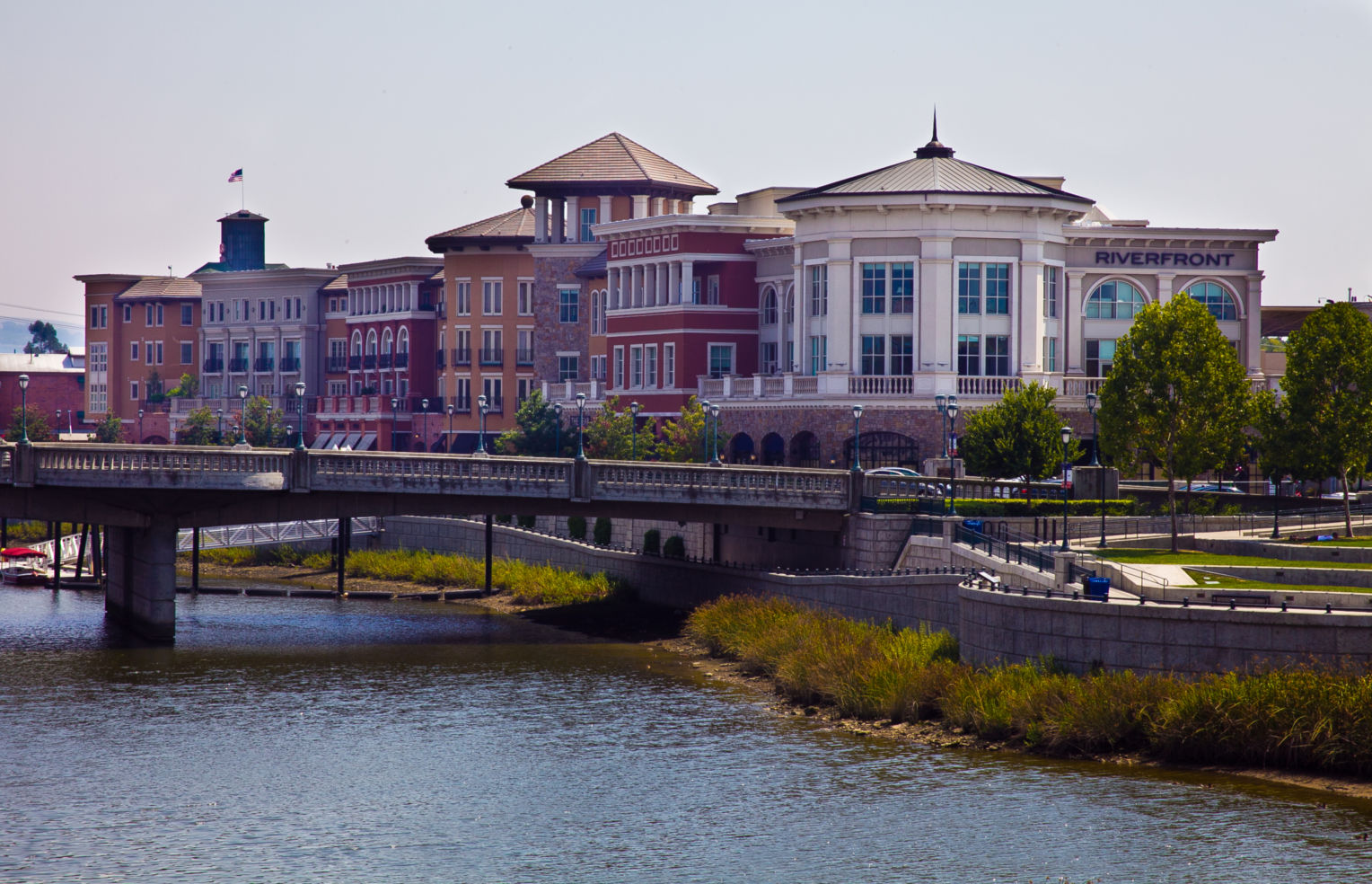 PROVIDENCE: Rhode Island is the smallest state in the nation, but its capital city has a huge history. The Providence Independence Trail is a self-guided footpath that presents information encompassing hundreds of years of the city’s historic moments, architecture, culture and folklore. It’s a neat concept: you’ll see emblems on the sidewalk along an easy-to-follow line that spans 2.5 miles of sidewalk. There’s a phone number on each emblem—call it, punch in your location, and the message will reveal the significance of where you’re standing.

LOS ANGELES: We can’t promise you’re going to spot Orlando Bloom, but we can tell you that by the end of the wildly popular Felix in Hollywood tour, led by historian Philip Mershon, you will come away with an insider's knowledge of the various nooks and crannies of the iconic sites on Sunset Strip and an understanding of how the major studios evolved.

LOS ANGELES (continued): With all the stunning architecture and design details, the city of Los Angeles looks like a movie set in its own right. The LA Conservancy has a range of walks that each explain different elements of the area’s buildings and neighborhoods, from the Victorian homes in Angelino Heights to the Art Deco-style City Hall, which explores the building inside and out, to the theater-lined entertainment epicenter, a National Historic District, and much more.

MEMPHIS: Elvis. Barbecue. Gibson Guitars. Historic landmarks like the Lorraine Motel where Martin Luther King Jr. was shot. There’s so much to see in Memphis, it can be a little overwhelming to figure out how to do it all. That’s when you tune into Backbeat Tours. They’ve got the three-hour Discovery Tour for the generalist who wants to survey all the spoils of the city and plenty to choose from if you prefer to focus on, say, music or history from the Civil War to Prohibition and beyond.

WASHINGTON DC: Free Tours By Foot, the national company that dependably offers informative walking excursions on a pay-what-you-will basis, has an assortment of options in our nation’s capital. You could do the standard landmarks and memorials survey along the National Mall or you could choose one that goes deeper into a particular topic, like the saucy Secrets & Scandals tour or the Lincoln Assassination tour, heavy in historic details.

WASHINGTON DC (continued): One of the things that never ceases to astound us about Washington DC is how many iconic buildings and sites are crammed into such a small area. With Every Trail’s clever download-able app, you can follow a path from the White House through the National Mall and on to the Capitol Building and Supreme Court. The map provides information and nifty facts to guide you. If you’ve got a schedule like a Congressman, you can rush through in an hour. But if you pause to relish all the sites, it’ll take about three leisurely hours.

KANSAS CITY: Kansas City’s River Market neighborhood has a long and storied past involving everything from outlaws like Jessie James and Wild Bill Cody to Civil War doings to trailblazing immigrants and modern day entrepreneurs. Over the course of an hour and 15 minutes, the Original River Market Walking Tour points out the evidence of the many stages that shaped the vibrant neighborhood today. Also check out the two-hour food tour, which offers a diverse sampling of the neighborhood's culinary treats.

BIRMINGHAM: You’ve read about the Civil Rights movement since your school days and when you hear a broadcast of one of Dr. Martin Luther King Jr.’s rousing speeches, you, like everyone else in the world, stop what you’re doing and pay attention. Birmingham was the nexus for this political and social moment and self-guided tours across the Birmingham Civil Rights Heritage Trail are a great way to learn all the details of this important chapter of American history and see the historic landmarks, like the 16th St. Baptist Church, known for the tragic racially motivated bombing in 1963 (pictured).

PORTLAND, OR: Sometimes it seems like everything we know about Portland we learned from watching Fred Armisen and Carrie Brownstein’s satirical sketch comedy show “Portlandia.” Well, some locals have reacted with good humor, like the creators and guides of the Secrets of Portlandia, a walking through the city that hits on all the hipster identifiers, from food carts and beer to bikes and beards. You’ll leave this two-hour tour with lots of recommendations for cool places to drink craft beer and eat heritage vegetables.

PORTLAND, OR (continued): In the past few years, Portland has emerged as one of the country’s most exciting culinary destinations. Forktown tours offers curated tours of the delicious offerings in several neighborhoods. Check out the incredible fresh fruits, veggies and more at a tour of the farmer’s market, or Downtown’s eclectic local treats, from food cart delicacies to decadent fare at upscale eateries to eye-popping sweets and, of course, regional beer and wine.

AUSTIN: Austin has a lot of hipster street cred. (See: music, tacos, craft beer.) But like so many cities in the Lone Star State, this one is brimming with historic landmarks and tributes to the past. From a guided stroll that surveys the many historical sites to another one that chronicles the varied architectural trends over the eras, there’s plenty to take in when you take on the city’s downtown by foot.

SEATTLE: Make sure you’ve got plenty of memory space on your phone because you’re guaranteed to be snapping away as you amble through Seattle with this free citywide walking tour. From breathtaking mountain views to urban attractions (a bar is an attraction, right?) to the historic Pioneer Square to the picturesque waterfront, you’ll see Seattle’s many different landscapes up close and personal.

NEW ORLEANS: With the concentration of hotels and flashing neon lights, it’s easy to get caught in New Orleans’s notorious French Quarter. But fact is you can easily spend days exploring the city’s many neighborhoods. Free Tours by Foot, a name-your-price company, has a range of offerings that will get you far away from the Bourbon Street mayhem. Stroll the gorgeously preserved Garden District, with its magnolia-lined streets, stately mansions and, of course, cemeteries, or check out the Creole architecture, lively music clubs and European history in the Marigny. Ghost tours and voodoo tours round out the selection.

NEW ORLEANS (continued): Among New Orleans’s many claims to fame, you could make the case that its music is the best known. Historic New Orleans Tours' two-hour walk takes you to the roots. Visit landmarks like the legendary Preservation Hall, established 1961 (pictured), and neighborhoods like the mythical Storyville, a red-light district of yore where whorehouses played host to performances by some of the most iconic names in jazz and the music studio where “New Orleans Sound” was born.

PORTLAND, ME: There’s more to New England’s haunted history than spookiness of Salem. Portland, Maine has plenty of ghosts to call its own. The Wicked Walking Tour is only a half-mile long, but the entertaining guides cram in quite a number of stories—true stories, of course—about pirates, witches, and many more nefarious characters who worked their mischief from the 1600s through today.

HEALDSBURG, SONOMA: There are plenty of ways to try all sorts of new wines in Sonoma, but few of them specialize in one of wine’s most interesting aspect: food pairing. Wine Country Walking Tours's guided stroll through the lively town of Healdsburg hits three wineries. If the winemakers are in the house, they'll pop in and explain the art of pairing, then you can taste it for yourself at a seated customized pairing. There are also visits to local artisanal food sources, like a bakery and a tea shop.

NAPA VALLEY: You know Napa is an embarrassment of riches for an oenophile. There are so many wineries that they’re packed so tight that it’s easy to walk from one to the next. But what you might not know is that there’s a rich history from the pre-wine mecca days. The Walking Tour of Napa's two-hour event breaks it down from the Native American era to the Gold Rush to the post WWII boom and delivers all kinds of quirky secrets. Plus you get to try some of the contemporary spoils, like local craft beer, along the way.

From history to food to music and architecture, it's hard to squeeze everything in when you visit a new city. Having a guide helps. These walking tours are an excellent way to experience the sights, sounds, and tastes of some of our favorite urban destinations.