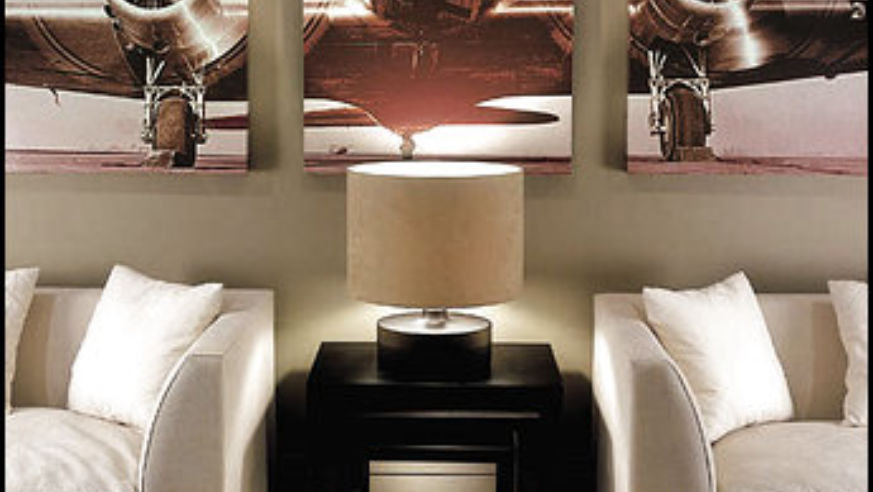 Big hoteliers are courting people like us with a wave of artful projects, some tastefully modern and some bizarrely futuristic

Blame it on Wal-Mart. Thanks to the discount-store revolution, consumers now expect a lot more for their money. Or consider it a repercussion of 9/11 on the travel industry, which, through markdowns on empty four-star rooms, gave budget travelers a taste for luxury. Whatever the cause, major investors have gone to the drawing boards to craft showroom-quality lodging for the value-conscious, and their first experiments are debuting around the world.

Australia: "It looks like a million dollars," says Graeme Warring, CEO of Base Backpackers. "It should. It cost 10!" He's referring to what may be the fanciest hostel ever--four stories, sheathed in red glass, with a two-story atrium, a 59-foot-long aquarium embedded in the floor, a bar called RedEye, and an Asian restaurant. It ope-ned last May in St. Kilda, a beach suburb four miles from downtown Melbourne. There are 21 double rooms with Egyptian-cotton duvets, and 40 dormitory-style rooms, usually shared by six to eight beds, which have their own bathrooms. The Base brand, started by one of the world's largest hotel groups, Accor (Sofitel, Ibis), has already expanded to nine locations in Australia and New Zealand. All of the hostels include Sanctuary, a women-only area where a $1.40 premium buys privacy and extra comforts such as hairdryers, Aveda products, feather pillows, and fluffy towels.

United Kingdom: Because it's 12 miles northeast of Nottingham, England, the Dakota hotel, which opened last June, won't draw many Americans. But the next links in the chain will: By fall 2005 there will be a Dakota in Edinburgh, Scotland, and 20 more are slated for other parts of the U.K. by 2007. The men responsible are Ken McCulloch, father of the Malmaison luxury hotel group, and Scottish race-car driver David Coulthard. Behind the first Dakota's monolithic black-granite exterior, there's a warm look, including an open fireplace in the lobby, exposed brick, and hardwood floors. King-size beds and 32-inch LCD TVs are standard in the 92 rooms. "We strip out all the things travelers don't want to pay for," says general manager Bruce Robertson. "You won't find a chocolate on your pillow."

In London, Stelios Haji-Ioannou, the entrepreneur behind the low-fare airline EasyJet, is squeezing 34 prefabricated fiberglass chambers into what was a 20-room Kensington hotel. EasyHotel, opening late this year, will rent bright-orange rooms, many windowless, for as little as $9 per night. The compartments--housekeeping could literally hose them down, although that's not the plan--are outfitted with a toilet and a shower, but no TV and no phone. Next up for Haji-Ioannou: a budget cruise line. Launching in 2005, it'll use the same prefab rooms as cabins.

Improbably, someone else in London is plotting a honeycombed pod hotel: Simon Woodroffe, best known for the European restaurant chain Yo! Sushi (once famous for having waist-high robots that dispensed beverages). Last month, after nearly three years, his Yotel prototype, inspired by the smart way first-class airline seats use space, debuted at a London design expo. From $91 a night, you'll get a pod that measures 10 square meters (107 square feet). Each has a double bed, bathroom with shower, pull-down desk, flat-screen TV--plus Wi-Fi and downloadable audio. Woodroffe plans to open a London location by next year. If it takes off, he'll franchise the idea to the next logical place: airports.

United States: Next month, InterContinental Hotels Group--owner of Holiday Inn and Crowne Plaza--introduces Hotel Indigo in Atlanta. The new brand is designed to be easily refreshed: hardwood floors with area rugs, easy chairs with slipcovers, and beds piled with duvets. All targeted, says Jim Anhut, InterContinental's V.P. of development management, at guests willing to pay "a dollar for coffee at Starbucks rather than 50 cents at Dunkin' Donuts." A Chicago site will open in the spring, followed by 250 more locations.

Choice Hotels International, which runs Econo Lodge and Comfort Inn, among other brands, is also backing a new line, coming in early 2005, with rates averaging $90. Recent mock-ups called for airy rooms with flat-screen TVs and see-through shelving units instead of interior walls. There's no name yet, but there is a number: Expect up to 500 properties.

Even celebrity designers and hoteliers are catching the bug. Andre Balazs, who started the two hip and competitively priced Standard Hotels in L.A., is taking his concept east in the fall, when The Standard expands to Miami Beach. He has also acquired a building for a hotel near Times Square in New York City and has said that it'll offer "very, very, very minimal service" when it opens next year. Todd Oldham (of the Target housewares line) and David Rockwell (the sets for Broadway's Hairspray) are in early collaboration on a boutique chain; according to the Wall Street Journal, the nightly rate will start at around $85. And echoing