5 Things You Don't Know About... the Great Wall of China 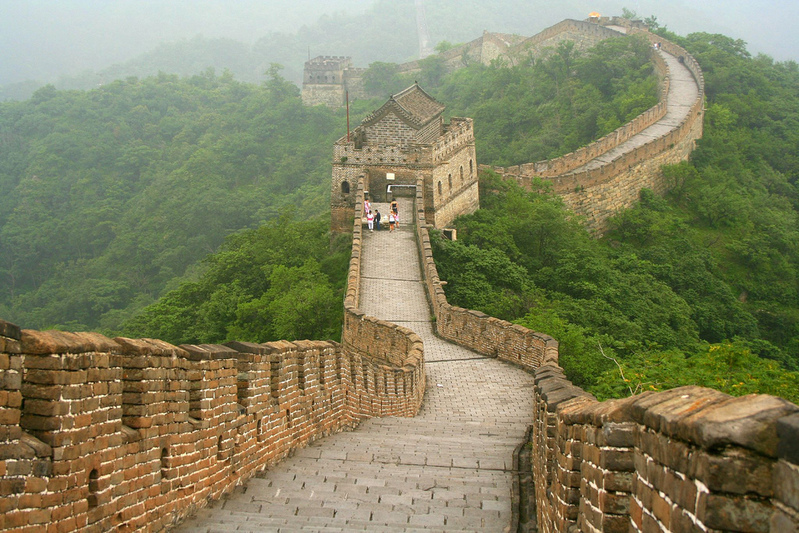 Contrary to urban legend, this gargan­tuan tourist favorite known as the Great Wall of China is not visible from space, but just about everything else about the travel icon is mind-blowing in scale:

1. Construction began in 214 B.C. and continued for more than 2,000 years. At one point, the massive fortification spanned 6,000-plus miles; these days, only about a third of the original remains.

2. The ups, downs, and curves of the wall are often compared to an immense dragon. Wear comfortable walking shoes, and be prepared for lots of uphill and downhill hiking.

3. Bring your own water, use the restrooms before ascending to the top, and expect some culinary cultural whip­lash, as food vendors range from traditional noodles and dumplings to, yep, Burger King!

4. The most popular place to visit the Great Wall is the two-mile stretch at Badaling, a day trip from Beijing. A little farther from the capital, you’ll find some elbow room if you visit the wall at Mutianyu or Simatai.

5. To get off the beaten path, hike and camp out under the stars on an unrestored, relatively quiet section of the Great Wall via JetBay’s Camp the Great Wall trip (from $238, jetbay.com). 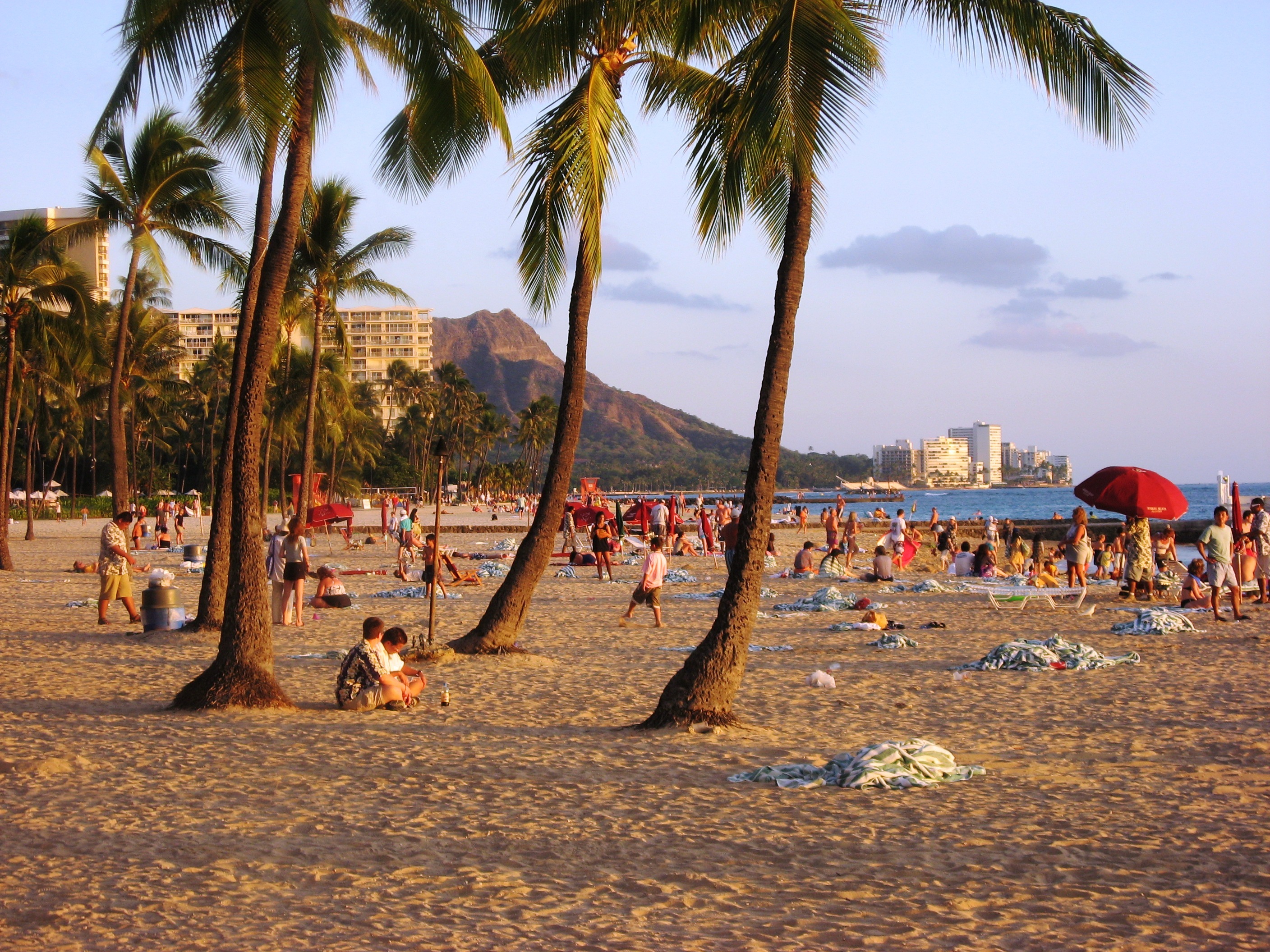 8 Essential Tips For Visiting the Island of Oahu 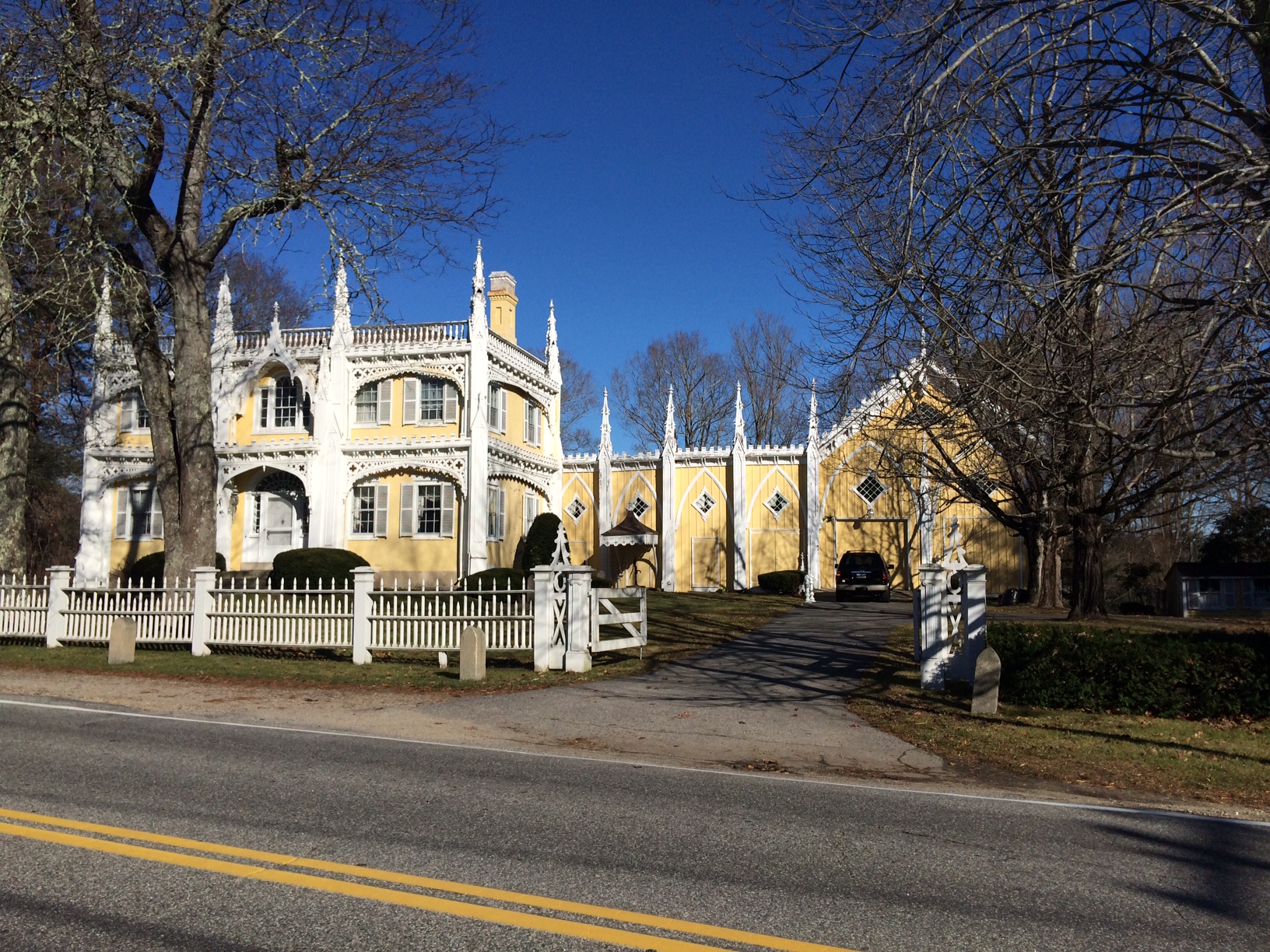 12 Things To Do In Kennebunk & Kennebunkport, Maine

Although Maine is considered to be more of a summer destination, there are still plenty of activities going on year round, even as colder temperatures rush in—there’s even a popular holiday celebration in Kennebunkport called Christmas Prelude every December. Though shops and restaurants in Kennebunk and its neighbor, Kennebunkport, may close down for the season or reduce their business hours, day-to-day offerings within both locations keep the pace going. Consider this your go-to bucket list for visiting these two towns along Maine's southern coast. Take a cooking class Started by the Kennebunkport Resort Collection in February 2015, Table Maine is a weekend culinary program of classes led by local chefs, offering kitchen techniques on food and beverage subjects (like mixology) or preparing meat and seafood dishes. Coursework includes viewing cooking demonstrations, hands-on lessons, and even local restaurants putting on tasty “pop up” dinners. Treat yourself to breakfast at Boulangerie In Kennebunk, this village bakery produces artisanal breads, croissants, baguettes, focaccia, sticky buns, meat pies, and other flour-based delights. The location is very rustic—a barn dating back to the 1900s—with indoor and outdoor seating for plopping down and savoring a breakfast treat or afternoon snack. Stop by the Wedding Cake House Referred to as the most photographed house in Maine, this Gothic style home off Route 35 in Kennebunk is literally eye candy. According to local legend, this bright yellow house with white trim was built by a sea captain as a wedding gift for his bride. Today this place is privately owned, but most people might stop by to catch a glimpse or snap a quick photo (104 Summer Street, officially called the George W. Bourne House in Kennebunk). Go for a bike ride Kennebunkport is known for having the best places to trek to on two wheels, whether you prefer to peddle alongside the water, through town, or on a nature trail—Ocean Avenue takes you on a scenic route with views of the sea, beaches, restaurants, and summer homes, like presidential Bush family’s compound at Walker’s Point. Serious mountain bikers should consider heading to the Edwin L. Smith Preserve of the Kennebunkport Conservation Trust, which has acquired and preserved various natural areas and trails. Not bringing your own bike? Rent your wheels from Kennebunkport Bicycle on Arundel Road. Hunt for antiques along Route 1 The Maine Antique Trail (aka. Route 1 in Southern Maine) doubles as a map for 42 miles full of more than 50 antique stores, where rare a treasure trove of rare finds, hidden surprises, and one-of-a-kind items can be discovered. Kennebunk contains a few, including Armada Antiques &amp; Collectibles. Located in Kennebunk’s Lower Village, the shelves and display cases inside this two-level building feature old-fashioned dinnerware, books and periodicals, sports memorabilia, and an assortment of relics from another era. Taste New England favorites at Salt &amp; Honey In Kennebunkport’s Dock Square, Salt &amp; Honey has been dishing out comfort food for breakfast, lunch, and dinner since it opened in May 2014. Its ever-changing menu offers staple dishes and New England favorites, featuring ingredients like Maine lobster and blueberries. Try my favorite, the fish and chips combo with a finely breaded North Atlantic haddock. Get back to nature Just about a 10-minute ride from Kennebunkport, the town of Wells has two nature reserves that are best seen on foot. The Wells Reserve at Laudholm has a network of trails that allow for strolling along the different habitats through a protected coastal ecosystem. Open year-round, trails run easy to moderate and, for the most part, are self-guided. An admission fee is charged from Memorial Day Weekend through Columbus Day. Not far from Wells Reserve, the Rachel Carlson Wildlife Refuge has designated visitor use areas that enable the public to do activities such as kayaking or viewing wildlife. Have lunch at Duffy’s Tavern &amp; Grill With one location stationed in Kennebunk’s historic Lafayette Center, Duffy's Tavern &amp; Grill offers great pub fare. The venue serves up American food for patrons of all ages: burgers, salads, apps, and wings, plus gluten-free some options, in a family-friendly, casual scene. Shop at H.B. Provisions At this general store and deli, also in Kennebunk, pick up a souvenir or order a sandwich, specialty wrap, burger, or panini. There’s table space for sitting down and just watching the shop work, or you can grab some groceries—check out the walls for photos of famous shoppers who have stopped by over the years. Learn about Kennebunk’s history Said to be one of the few U.S. museums to open during the Great Depression, the Brick Store Museum in the center of Kennebunk serves as an arts institution, historic site, and archives center. It is comprised of three buildings dating back to various periods in the 1800s—inside, rotating exhibitions highlight the town’s legacy through its residents and locations. Do dinner at The Ramp Bar &amp; Grill Under Pier 77, in Kennebunkport’s Porpoise Harbor, the tiny yet lively waterside Ramp Bar &amp; Grill has both a local and tourist following. What you’ll notice first are the football helmets hanging above the bar, but the lunch and dinner servings run the gamut from New England seafood favorites and finger foods to more fork-required dishes like traditional penne Bolognese and a Greek meze.      Tour the Shipyard Brewing Company at Federal Jack’s At this eatery in Kennebunkport Harbor, Shipyard brewed its first craft beer in 1992. Although the main plant is now in Portland, Maine, visitors can still see and learn more about Shipyard on tours at this location in the same building as Federal Jack’s. A seven-barrel system uses state-of-the-art technology to produce house and seasonal ales, plus stouts and IPAs, and keeps its upstairs pub neighbor supplied with continuous suds. 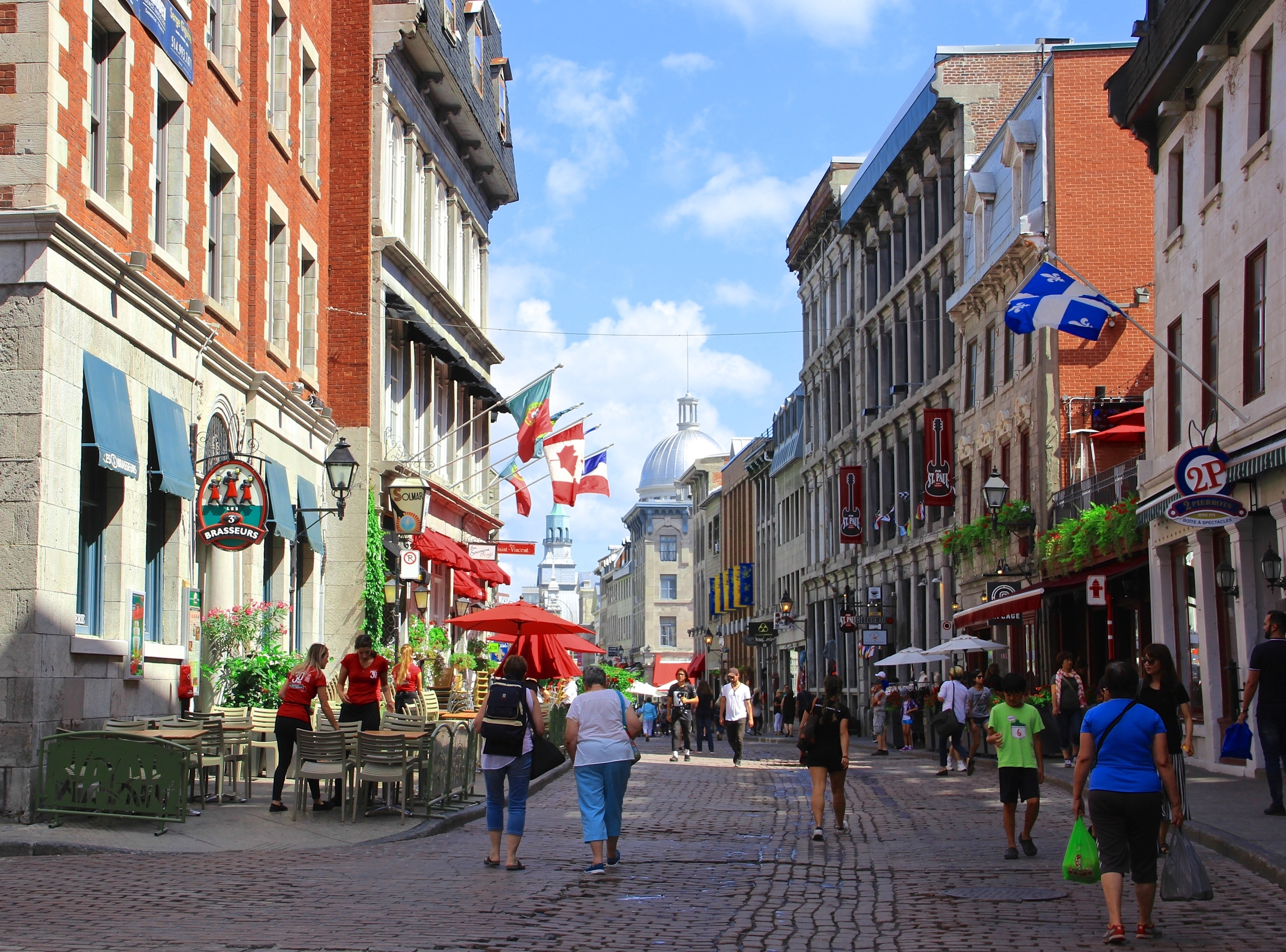 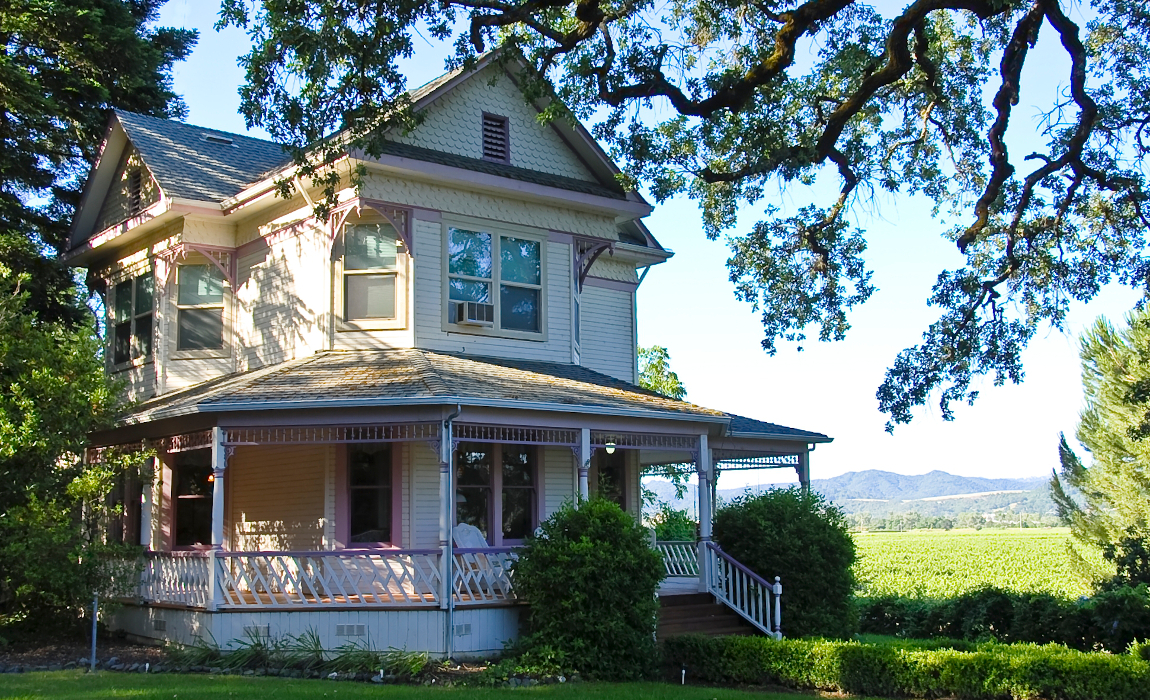