A Taste of Singapore 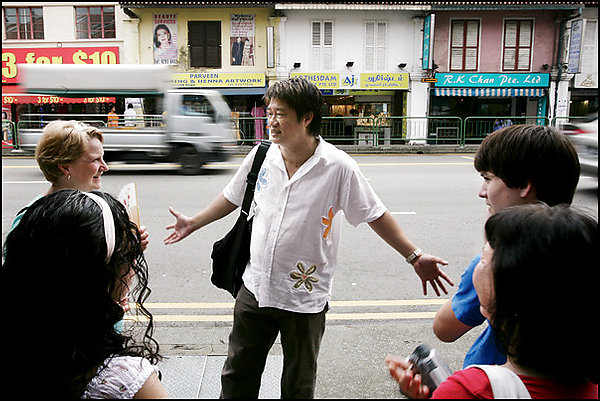 Norman Ng
A local food celeb takes a Midwestern family on an exclusive tour of the city-state.

The Upgradees
"I'm traveling to Singapore and Malaysia with my mother, brother, and two aunts to visit my mother's relatives, as well as to sightsee," wrote Melissa Walsh, a music teacher in Indianapolis. "Shopping isn't on the itinerary, although I'm sure the other ladies will disagree."

How could we please everyone in a group that included Melissa Walsh, a 24-year-old music teacher; her mother, Meng, who was born in Malaysia; her 18-year-old brother, Aaron, who had never traveled outside North America; and her two aunts from Ohio, Sheila and Eileen? Enter Singaporean food celebrity K.F. Seetoh--culinary guidebook author and host of Makansutra on the Asian Food Channel--who led the Walshes on a half-day tasting tour of the city-state's Chinatown and Little India neighborhoods.

"Mr. Seetoh told us all about how food reflects the history of a place," says Melissa. "And he's very witty!" The group sampled dumplings and curry puffs at stalls in Maxwell Food Centre near Chinatown, then had lunch at The Banana Leaf Apolo in Little India, where they ate tandoori chicken and fish-head curry, using banana leaves as plates. Seetoh even showed them how to remove the fish's eye, a local delicacy, and eat it. "Everyone tried everything at least once," says Meng (except for the other eye, which stayed right where it was). "If someone didn't like something, the rest of us made up for it!"

Many Thanks to...
The Singapore Tourism Board, which has info on Little India and Chinatown on its website, visitsingapore.com, and K.F. Seetoh, whose company's website is makansutra.com.

Getting There (And Around)

La Cerdanya is a roughly two-hour drive from Barcelona. Take E-9 to the Túnel de Cadí (Cadi Tunnel). Once you're through the tunnel, follow signs to N-260. Routes N-260 (Spain) and N-116 (France) bisect the valley. Pick up a Michelin map for main roads, and a regional map, such as Editorial Alpina's Mapa Excursionista y Turístico (editorialalpina.com), for smaller mountain roads and scenic country byways. Border patrols in the adjoining towns Puigcerdá (Spain) and Bourg-Madame (France) rarely stop cars, but it's a good idea to have passports ready. For best rates, rent a car prior to departure via Auto Europe (888/223-5555, autoeurope.com). In September, midsize car rentals average $400 per week for a manual transmission with basic insurance, and $850 per week for an automatic. 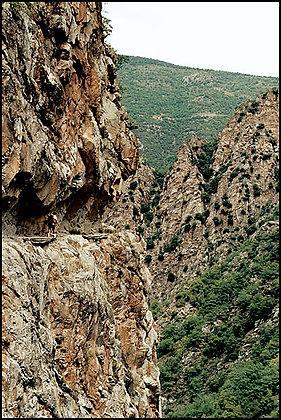 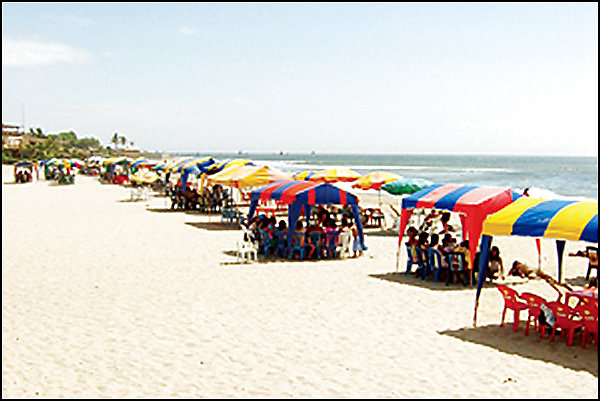 Bus ride: $37 The quickest way to reach M&#225;ncora, about 700 miles north of Lima, is to hop on one of Lan Peru's twice daily flights from Lima to Piura ($225 round trip); from there, it's about a two-hour cab ride to M&#225;ncora ($70). If you have 18 hours to spare, take the Cruz del Sur bus (cruzdelsur.com.pe, $37). Tear your eyes from the dubbed American movies shown along the way and you may spot a dolphin or two frolicking in the Pacific Ocean. Beach hotel: $40 There are two types of lodging: on the beach--like Punta Ballenas Inn (right; 011-51/7325-8136)--and almost on the beach. In the case of Hospedaje Costa Norte, you're a minute's walk from the surf. The rooms surround a courtyard guarded by Pedro, a parrot with a penchant for giving besitos (little kisses) to female guests (011-51/7325-8198, from $10). Yoga hotel: $70 Samana Chakra is a new thatched-roof bungalow resort on the northern end of the beach, owned by an ex-marketing director from California and his wife, a Peruvian yoga instructor. The rate includes breakfast and a daily hatha yoga class (totally optional, of course). Early risers can even surf with the owners, who ride tandem on a longboard (011-51/1-9830-5896, samanachakra.com). Taxi fare: 95&cent; Moto-taxis, three-wheeled motorbikes with a covered backseat for two, are M&#225;ncora's primary form of transportation. The bumpy ride across town costs about a dollar. For $14 round trip, a moto cabbie will take you into the Amotape Mountains to the thermal hot springs at Poza de Barro. Surf school: $16 M&#225;ncora's six-foot waves rival those of better-known surf spots in Peru, such as Chicama, but early mornings often bring waves that are ideal for beginners. Several shorefront surf schools offer 90-minute private lessons. Tasty lunch: $6 Fried yucca and ice-cold Brahma beer are the perfect companions to ceviche, the national dish of Peru, made with seafood, maize, crescents of sweet potato, and a citrus marinade. At Cevicher&#237;a Las Pe&#241;itas, an entire meal, including ceviche and beer, costs less than $6. Fruit drink: 50&cent; The best deal in town is a cremolada (a crushed-ice beverage made with passion fruit, strawberry, orange, or pineapple) at Papa Mo's Milk Bar. Passion fruit is said to have a mildly sedative effect--not unlike a few days spent in M&#225;ncora. Necklace: $7 On a three-block stretch of sidewalk near the southern end of town, dreadlocked nomads and local artisans sell everything from shark jaws to tins of natilla, Peru's version of dulce de leche. The most unusual wares are adorned with deep orange huayruro seeds, which come from the Amazon rain forest and are believed to ward off negative energy. A double-strand necklace costs $7.