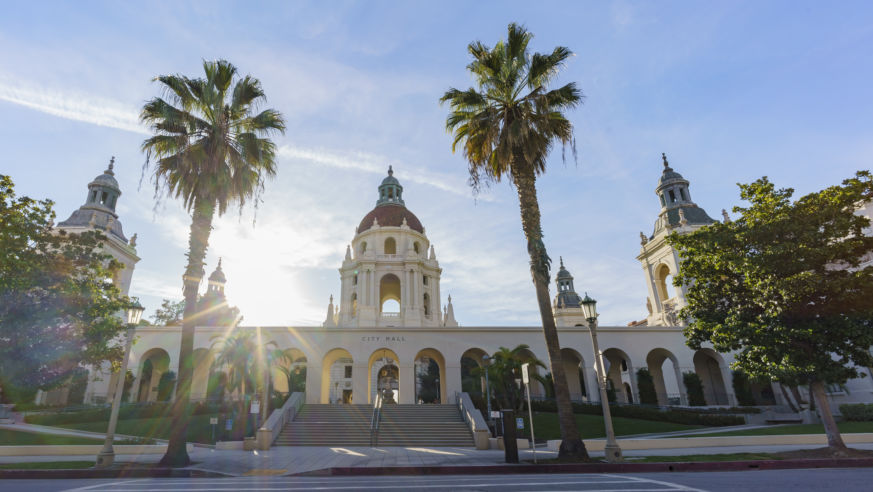 Less than two hours from major cites, these destinations are well worth the trip.

Road trip season is here, and there's no better way to kick off summer than hopping in the car and exploring destinations that are an easy, fun drive away. Here are nine destinations that will pay off big dividends on the less-than-two-hour investment—and one tank of gas—it takes to get there.

1. FROM CHICAGO: INDIANA DUNES, IN

The Indiana Dunes sit along a 15 mile stretch of Lake Michigan’s southern shore. It’s only about 35 miles down I-90 from Chicago International Airport, but you’d be forgiven if you thought you were whisked away to the Sahara. Even the pine forests around the dunes sit on sand. Then, of course, the sprawling, shimmering lake will remind you that you are absolutely not in the desert. This destination draws birders in the spring, kayakers and other water sport enthusiasts in the summer, and anglers in the fall. There’s plenty for everyone else to enjoy throughout the 15,000-acre site as well, like tranquil forests, scenic prairies and marshes, a visitor center with a bookstore and junior ranger guides for kids, and 50 miles of trails—many of them quite rugged. And no need to rush back to Chicago at the end of the day. The surrounding area has eateries ranging from a sushi stop to laid-back pubs to a steakhouse, not to mention restaurants focused on seasonal farm-to-table menus.

About 75 miles north of Boston, a straight shot up I-93, New Hampshire’s state capital offers more than just a hearty helping of outdoor options, like the wooded hiking trails at Audubon McLane Center, and New England history (see: the Pierce Manse, a museum in what was once the home of Franklin Pierce, the 14th president, and the majestic gold-domed state house, which was built in 1819). Fueled in part by urban types relocating here in search of a slower-paced life, a burgeoning dining scene has been taking shape alongside the longstanding institutions. Newell Post, for instance, is a popular breakfast/lunch stop that's been serving familiar dishes with a regional accent since it opened in 2012, and Revival, a locally minded eatery that opened in 2017, has been drawing crowds with its updates on classic New England fare. Concord also has a bigger music scene than most towns its size, with cafes and small venues hosting local indie performances while the Capitol Center for the Arts sees bigger acts.

For most travelers, New York City is the final destination, not a pass-through point, but whether you’re visiting the east coast or have lived in one of the five boroughs your whole life, it’s worth packing your bags for a trip to Tarrytown. This veritable country escape is a 30-minute drive from Midtown, just off the New York State Thruway (I-87) at the eastern landing of the Tappan Zee Bridge, or a 38-minute ride on MTA’s Metro-North Railroad, which leaves frequently from Grand Central. Quaint but lively, Tarrytown is a throwback to village life. There are pretty green spaces, a charming Main Street, and picturesque brick buildings that play host to restaurants, ice cream shops, antique stores, and cute boutiques, not to mention the grand, historic Tarrytown Music Hall where you can catch a broad range of local and national acts. If history piques your interest, take note that the town was a thruway on the Underground Railway, a hometown of Washington Irving, and a retreat for the Rockefellers, who built a family estate here in 1913. It’s a terrific place to catch your breath after a few days in the city. 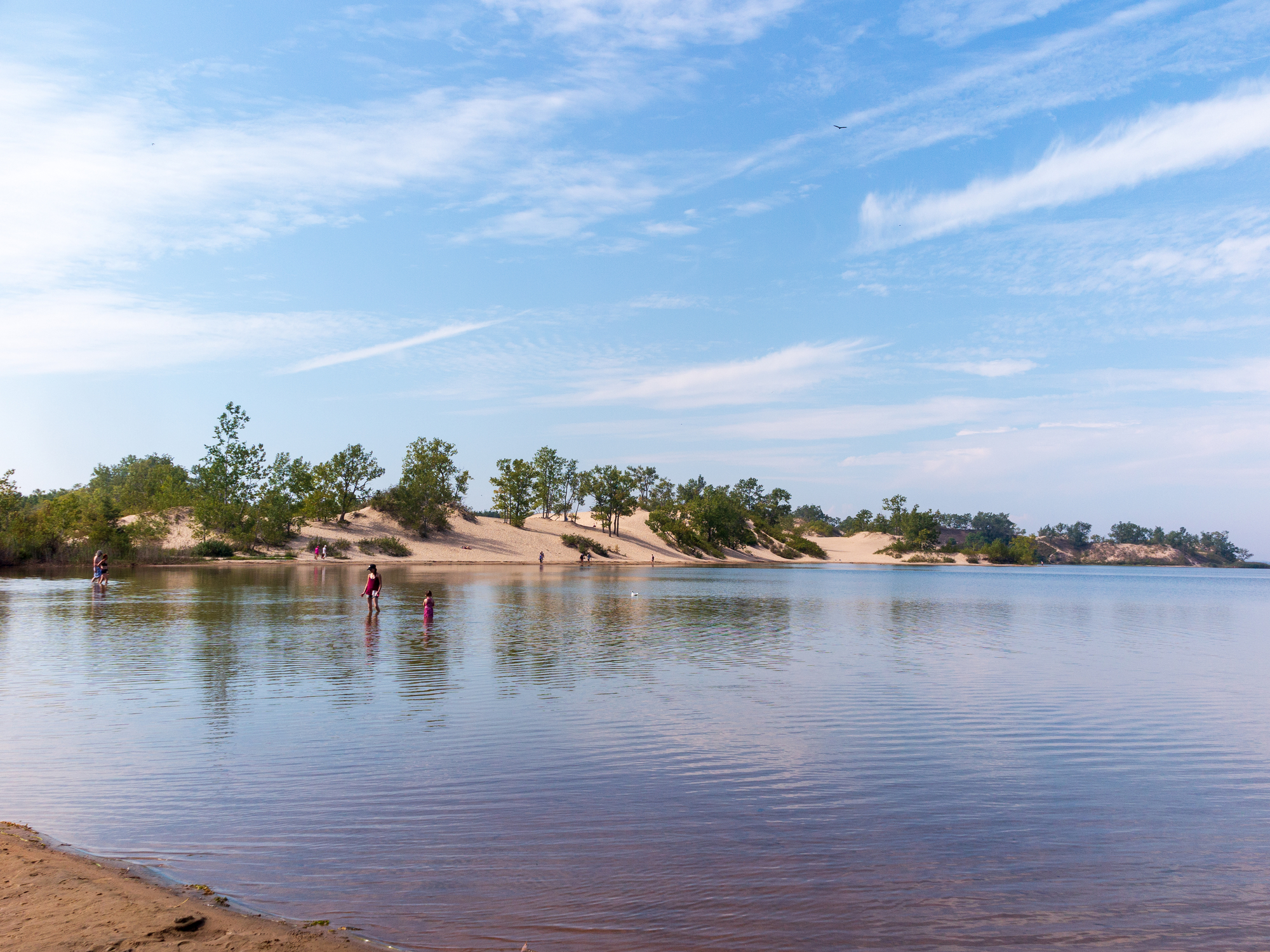 Prince Edward County is to Toronto what the Hudson Valley is to New York City, which is to say a super-hip urban escape with a growing number of gorgeous boutique hotels and dynamite creative restaurants, food trucks, and farmers’ markets. That should come as no surprise, given the regions abundant organic farms. With its rural landscape and natural attraction, PEC, about two and a half hours from both Ottawa and Toronto, is a refuge for creative types who expanded the area’s artistic footprint with their shops and galleries. And about those natural attractions: Sandbanks, one of the largest beaches in Ontario, offers swimming, fishing, hiking, sailing, and camping, while the pilgrimage-worth Lake on the Mountain, a provincial park (the Canadian equivalent of a state park), delivers a mind-bending sight, with the freshwater lake stretching out onto a cliff over a bay. And what’s more, it’s a terrific wine region, and the sheer number of vineyards make it a destination in its own right.

When you hear “American island escape,” it’s easy to think of Hawaii or North Carolina’s Outer Banks. The Pacific Northwest, though, is dotted with enchanting little islands—many of which are easy to get to and easy to fall for. The 37-square-miles Vashon Island, the largest in the Puget Sound, is about a 90-minute ferry ride from Fauntleroy Terminal in West Seattle, and the destination (population 10,000) is nothing short of a rural old-world paradise. Thanks to its backwoods roads, stretches of farmland, and protected waters of Quartermaster Harbor, the island is best explored by bike or kayak, both of which you can rent. Many of the small towns along the highway can be loosely described as artist colonies with a hippie vibe. Galleries, cafes, and an array of restaurants proliferate, plus there are seasonal performances, like outdoor concerts and Shakespeare in the Park, and the Vashon Center for the Arts (vashoncenterforthearts.org), a regal performance space and gallery that came with a $20 million price tag when it opened in 2016. Today it’s home to the Vashon Opera, a decade-old company, and host to a variety of local and national acts. With that many options, you’ll likely need more than a weekend.

A mere 30 miles north of Austin, Georgetown was once a sleepy bedroom community, but lately it's come into its own, largely because real estate prices and lack of availability have pushed artists, musicians, and other creative types out of what some refer to as the music capital of the world. In the past few years, Georgetown has emerged as a portrait of modern America against a historic backdrop. It was once a stronghold of Western life along the Chisholm Trail, and the town square, a lively gathering place, is also a historic site to behold, with gorgeously preserved Victorian-era buildings. Dining options range from high-end bistros to cheery, creative pizza shops, like 600 Degrees Pizzeria. But what really makes this small town a culinary destination is its wineries, including the Georgetown Winery right in the middle of the town square. For those looking to do extensive vineyard visits, take note: The town is 90 minutes from Hill Country, a thriving wine region that's quite vast, as to be expected in Texas.

When it comes to short trips from Denver, we’re casting our vote for crossing state lines and checking out Cheyenne, despite Colorado's many adorable mountain towns. The Wyoming state capital is about 100 miles from Denver International Airport, and to make things easy, there’s a shuttle from the terminal to downtown Cheyenne (greenrideco.com). The city's biggest claim to fame is the annual Cheyenne Frontier Days, a festive pageant-like salute to rodeo and all things Western, but there are plenty of ways to celebrate America's vintage Western spirit here year-round. For starters: check out the Cheyenne Frontier Days Old West Museum, the Cowgirl Museum of the West, and more. It's an easy city to explore on foot: The Victorian-style downtown includes a delightful mix of country-chic outfitters, hip boutiques, bookstores, and vintage shops, plus a variety of restaurants, many of which offer noteworthy craft beer selections.

Los Angeles may have the glitz and glamour of Hollywood, but its neighbor to the east has some sparkle of its own. A little more than ten miles from downtown L.A. via CA-110, Pasadena boasts world-class arts institutions, an array of delicious places to eat and drink, and a picturesque, walkable old-town area, all against a backdrop that looks like something out of a film set—and that’s because it might very well be one. Pasadena is an unsung hero of the movie-making scene, and it’s such a staple that there’s an entire walking tour devoted to filming locations around town. But it’s not all stardust and sequins. Stroll along Old Pasadena’s Colorado Boulevard, where you’ll find big-brand chains and indie boutiques alike; pop into the Norton Simon Museum (nortonsimon.org), where classic works by Picasso and Degas complement modern pieces like massive murals by California native Sam Francis; book a table at one of the city’s 500 restaurants (think green juice and avocado toast at Sage Vegan Bistro and blockbuster northern Italian fare at Union Restaurant); and catch a show or a game at the Rose Bowl before you head back to La-La Land.

A 20-mile shot down I-65 from Nashville, Franklin (population 75,000) has serious music-world credentials—enough to hold its own against Music City. This powerhouse town has country and western in its blood: Stars like Wynonna Judd have been known to pop in for the famous open-mic night at Puckett’s Grocery, and country royalty like Alan Jackson and Keith Urban have owned property in the area. With a beautiful 16-block stretch of historically preserved buildings—an array of shops, galleries, and homes—plus a storybook-worthy Main Street, downtown Franklin is Americana incarnate. Main Street is anchored by the landmark Franklin Theatre, a performance and movie venue that's been lovingly restored to its original 1937 glory. Further afield, the quaint hamlet of Leiper’s Fork is a hip one-stop shop for anyone seeking old-school Southern soul. You’ll find it here in antique shops and galleries, eateries dishing out classic regional fare, distilleries producing small-batch whiskies, and local institutions like Finds in the Fork, a paradise for vinyl collectors. Weather permitting, settle in for an alfresco flick at the Leipers Fork Lawnchair Theater. It’s country living at its finest.