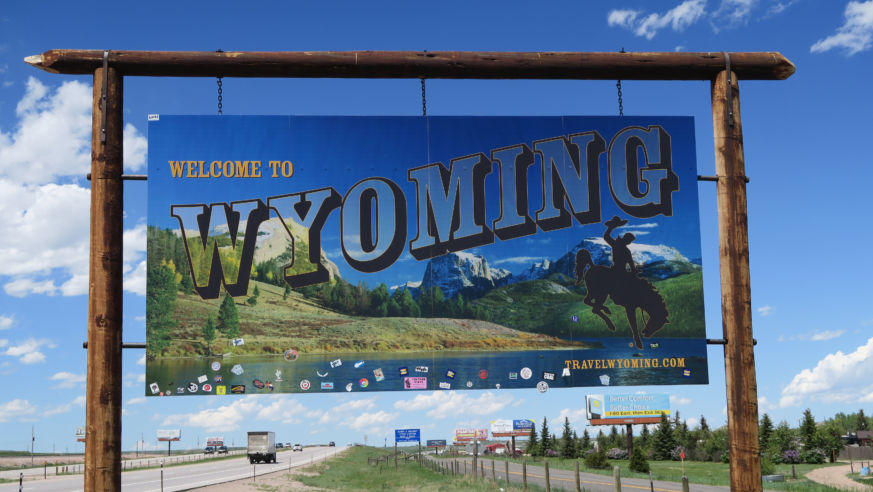 There are ten days in July when tens of thousands of people descend on Wyoming's capital for Cheyenne Frontier Days (cfdrodeo.com), the biggest rodeo event in America. It dates back to 1897, making it the second-oldest event the USA after Mardi Gras. In addition to the adrenaline-charged bronco-bucking spectacles, it includes parades, concerts featuring national acts, and costumes galore.

The rodeo more than doubles the town’s population of 60,000, but Cheyenne has plenty to offer the rest of the year, too. Yes, crash courses in westward expansion, frontier history, and rodeo abound, and you can get a comprehensive and thorough tutorial on it all on the Cheyenne Trolley tour. But there’s also plenty to eat and drink, nature to explore, and locally made items to buy. Only 90 miles from Denver (shuttle service is even available), Cheyenne makes for a fine destination, whether you’re just passing through, seeking a weekend getaway, or looking to set up camp for a few days.

"It's sort of like hockey, except the other team is a bull. And he wants to kill you," said my guide at the Cheyenne Frontier Days Old West Museum (oldwestmuseum.com), a stronghold of the Old West and everything that made it iconic. “People do wild things all the time. It’s just a matter of what kind of wild you grew up with.” She was, of course, explaining rodeo. The museum sits on the grounds of Frontier Park, where the epic annual event takes place, so photos, videos, and relevant artifacts like saddles and costumes make up a sizable part of the collection, but bronco bucks are merely one chapter of Western history presented here. An array of historic stage coaches, covered wagons, and carriages illustrates the evolution of this distinctive mode of transportation; an assemblage of photos and artifacts chronicle the emergence of Frontier Day traditions.

Tradition, however, will be the last thing on your mind at the Cowgirl Museum of the West (cowgirlsofthewestmuseum.com), a downtown storefront that pays tribute to the brazen, boundary-breaking broads whose very lives are the stuff of Hollywood screenwriters' dreams. Women who roped 500-pound steers and raised six-plus children while forging successful film or recording careers, women who shot and taxidermied wild animals during Victorian times, and activists who made Wyoming women the first women in the nation with the right to vote—they’re all immortalized here. Add that an extensive collection of early cowgirl fashion (a welcome development that came on the heels of women getting arrested for wearing pants), and it’s a wonder the Smithsonian hasn’t come calling, especially since, like the Smithsonian, entry here is free. 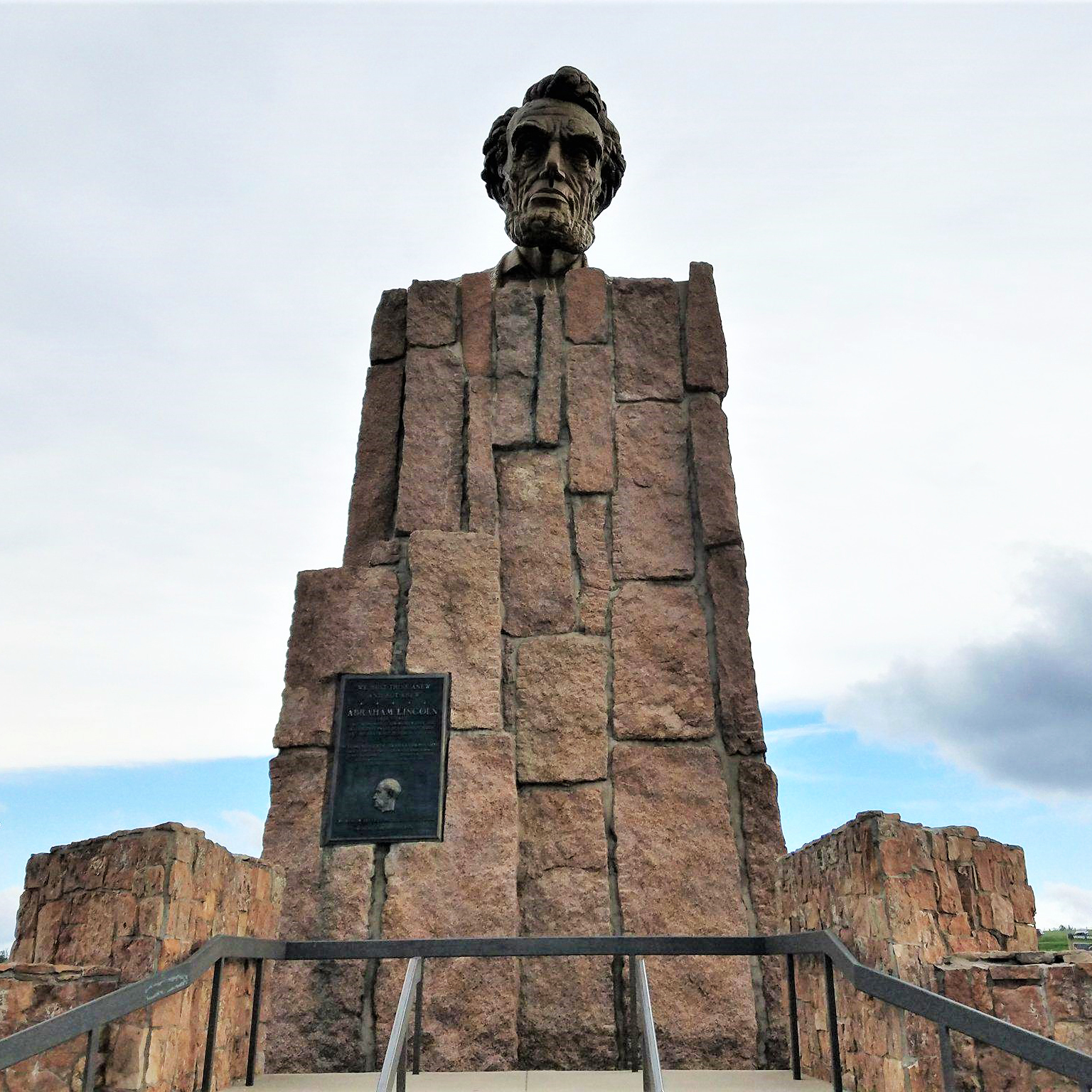 Forty miles west of downtown, halfway between Cheyenne and Laramie on I-80, is a rest stop with a visitor center. But calling it a rest stop is a major injustice. It’s the pull-off point to see the Abraham Lincoln Memorial Monument, which was commissioned in 1959 in honor of the 16th president’s 150th birthday. The cast-bronze sculpture, which clocks in at 30 feet and 7,000 pounds, was originally located on the Lincoln Highway, the first transcontinental highway and the manifestation of his long-held vision of coast-to-coast transportation; it was moved to I-80 in 1969. You could get away with calling the visitors' center a museum, with placards that detail the area’s military history, wildlife, the daily life of pioneers and settlers, and the construction of the highway. Here’s where you can also learn that Lincoln’s commitment to travel did not end with the roads: He’s responsible for signing off on the Union Pacific Railroad. But for a full education on that, head back to town to the Depot Museum (cheyennedepotmuseum.org), located in the historic Union Pacific Railroad depot.

The highway, of course, is a modern creation, but you can take Happy Jack Road, the scenic route that runs 40 miles from Laramie to Cheyenne and along Medicine Bow National Forest, to see the natural landscape as it looked for time immemorial. Make sure you stop along the way to take in the scenery.

Once upon a time, when the West was a land of moonshiners and whiskey-runners, tough-talkin' gunslingers knocked back raw hooch around campfires while en route to the next town. These days, though, Wyoming, like every state in the nation, has small distilleries where producers use local products to make whiskey, gin, vodka, and more. The Equality State’s newest is Pine Bluffs Distilling (pinebluffsdistilling.com), which sits on an expansive farm property about 45 miles east of downtown Cheyenne, close to the Nebraska border. Longtime home-brewer Chad Brown opened the distillery in November 2017, and he’s made it a family affair, with his sister overseeing the distillation and his dad volunteering in the tasting room. Chad co-owns the distillery with his aunt and cousin. Unlike the majority of America's 1,500-plus small-batch distilleries, this one is also a malting facility, selling malted grain to craft breweries. See how they prepare the grain, bought straight from local farmers, then stroll through the distillery for a look at the practically alchemistic process that transforms corn and rye into booze. The airy tasting room, dominated by a colorful larger-than-life mural of the farm, serves spirits and cocktails. Feel free to bring some food, grab one of the board games, and settle in with some friends for the afternoon.

4. The Nighttime Is the Right Time

Whether you’re a banking exec from London, a college student, or a worker fresh off a demanding day on the oil rigs, everyone is the same when they belly up to the bar and order a bottle of beer. Watering holes around the city are easy to come by, to be sure, but what looks like one man’s dive is another man’s treasure. Sleek new bars, as a rule, will always turn heads, but don't overlook the local watering holes. There's no better way to get the pulse of the city than chat with its those who know it best over a few drinks. I was lucky enough to hit Alf's, a virtual roadside tavern, on karaoke night. A veteran DJ came to the rescue of singers who needed a boost and some crooners even had revelers slow dancing. The proceedings were slightly more polished at Scooters, another proudly no-frills joint where the participants seemed to have serious training and the man overseeing the music put on an auditorium-worthy show of his own when he took the mic. But for a true country music experience, you'll want to head to the Outlaw Saloon, which features live music most nights (a $5 cover charge applies) on a stage overlooking a dance floor. But with three individual bars, the venue is sprawling enough that you can hang out without feeling like you're at a concert.

But about those sleek bars, there's at least one, it seems, in every city and Cheyenne is no exception. The Paramount Ballroom is a bright, modern, laid-back space downtown where locals linger over creative craft cocktails and elevated bar bites like cheese boards and deviled eggs. The sister venue, Paramount Cafe, turns out excellent coffee drinks next door. 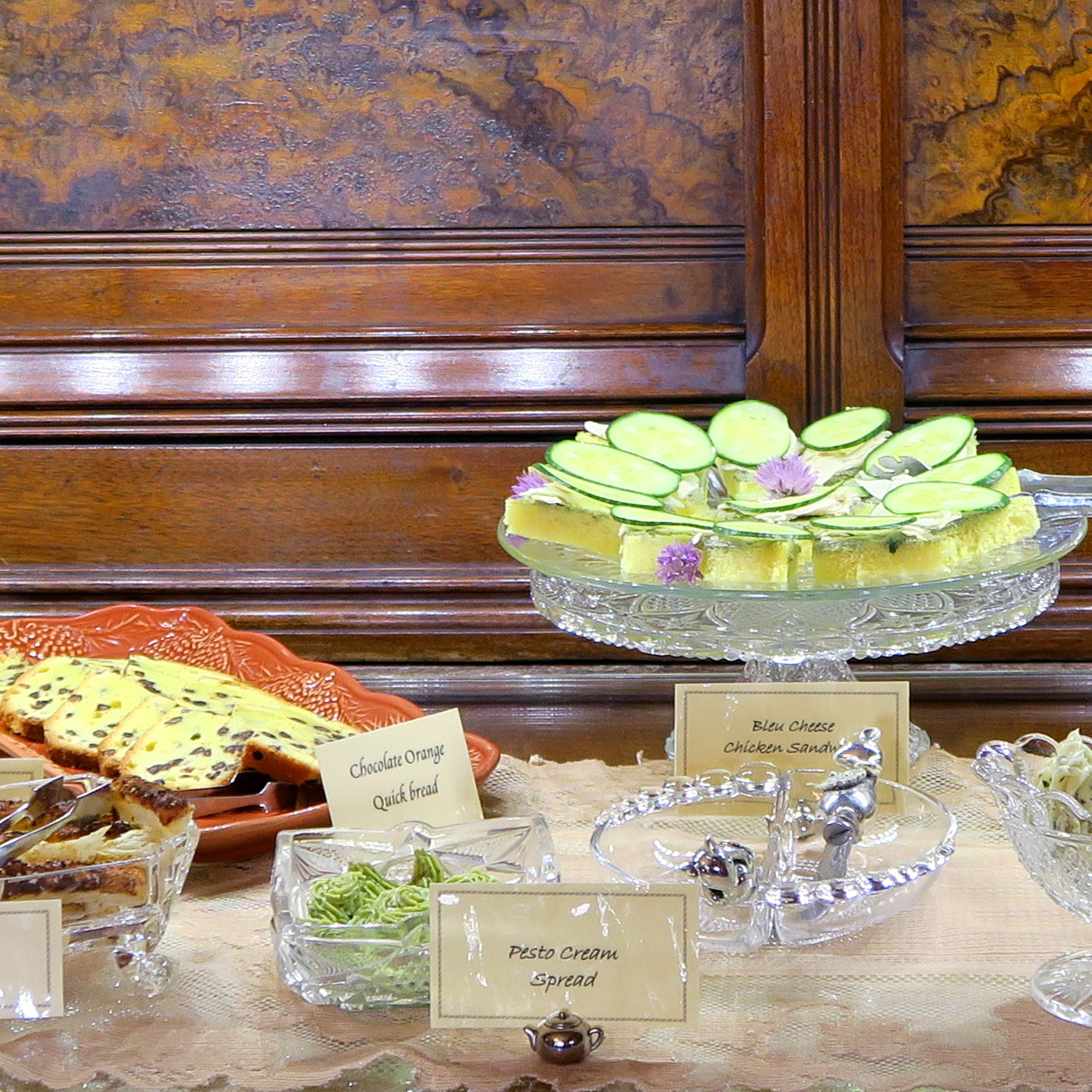 Bars are egalitarian, but high tea tends to remain a bougie affair. English, Irish, and Scottish immigrants brought their homelands’ afternoon-tea tradition to the frontier during the Victorian era, and the custom is preserved almost single-handedly at the grand Nagle Warren Mansion (naglewarrenmansion.com). The mansion was built by a senator, who later bequeathed it to his son, who married a daughter of J.P. Morgan; she, in turn, gave it to the local YWCA. (After all, last thing she needed was to care for another property.) Today, it’s a charming bed and breakfast. Proprietor Jim Osterfoss insists it’s not a museum, but anyone with an interest in architecture or design will be mesmerized by original fixtures, woodworking, molding, stained glass, and more. As far as renovations go, Jim told me, “We try to be historically sensitive, but don’t have to be hysterically correct.” Now, about that tea. It’s served every Friday and Saturday from 2 p.m. to 4 p.m. in the mansion’s elegant sitting room. A gorgeous spread of both sweet and savory sophisticated finger food is up for grabs (just grab daintily, please), and the special blend of Nagle Warren tea that’s poured all afternoon is available for sale to take home.

Yes, you can absolutely get a flashy pair of cowboy boots and a bona fide Stetson hat in downtown Cheyenne, as well as frontier-themed tchotchkes and bedazzled apparel galore, but you can also get handmade silver jewelry, crocheted doll clothes, old books on American history, cooking, and Far Eastern art, or vintage mid-century modern glassware. And that’s just for starters. The Wrangler Store, which opened in the 1960s and is now part of the national Boot Barn chain, is the anchor of downtown, situated in a distinctive red brick building that’s been home to a series of retailers since it was built in 1892. It’s a ranch-wear emporium with extensive shelves of cowboy boots for men, women, and kids. Embroidered, emblazoned, stitched, and studded, they run from rugged to ornate.

It’s easy to be charmed by the rugged chop houses, the historic train depot, and all kinds of Wild West–minded stores and attractions that dot the streets, but it was the small stores that delivered the biggest treasures. My companion and I spent about two hours in Phoenix Books & Music, chatting with the soft-spoken owner Don McKee, a musician and committed collector who’s made a career out of digging for vinyl. While my friend thumbed through the stacks of well-curated records, which run the gamut from vintage country to soul to free jazz and eccentric gems, I picked through shelves of cowboy pulp paperbacks, tomes about trains and birds and rivers, Native American histories, life manuals of a metaphysical stripe, and old road atlases. After narrowing down my picks to nine books, including a novel by Louis L’Amour, the Danielle Steel of Western pulp, that teased, “He battled for his range against winter, a wild bunch and a hard-driving woman!” we headed around the corner to Mid Mod (midmodetc.com), an emporium of vintage furniture, jewelry, dishes, glassware, and more, so beautifully staged that it was more of a design museum than your average secondhand store.

It’s hard to walk past the Atlas Theatre without slowing down to gawk. The magnificent building was completed in 1887 and turned into a theater in 1908, but it suffered a series of misfortunes and recoveries before receiving National Landmark status. Even after all this time, it's still a working theater, home to the Cheyenne Little Theatre Players (cheyennelittletheatre.org/atlas), which was established in 1930, making it one of the oldest community theater groups in the US. Tours of the opulent building are offered during Frontier Days, and they're in the process of putting together a year-round schedule, too.

On the day in May that I was walking past, a sandwich board for Emma’s Old Time Photos (emmasoldtimephotos.com) beckoned me inside. Val Martin, the owner and photographer, was presiding over a rack of old-timey costumes, a wardrobe to clothe cowboys and cowgirls, coquettes, can-can dancers, and villains and mavericks of every stripe. Val, who often sets up her studio here, was inspired by the western-themed photo studios in Deadwood, a major tourist destination. From that, her more low-key, cozy version of the concept was born. An affable expert on Cheyenne (she also works as a guide for Cheyenne Trolley Tours), Val has a way of putting people at ease for their photo sessions. She can accommodate couples, individuals, or big groups. She regularly operates as a pop-up at the theater, but keep track of her moves on her Facebook page, because she can also be found at fairs and other events.