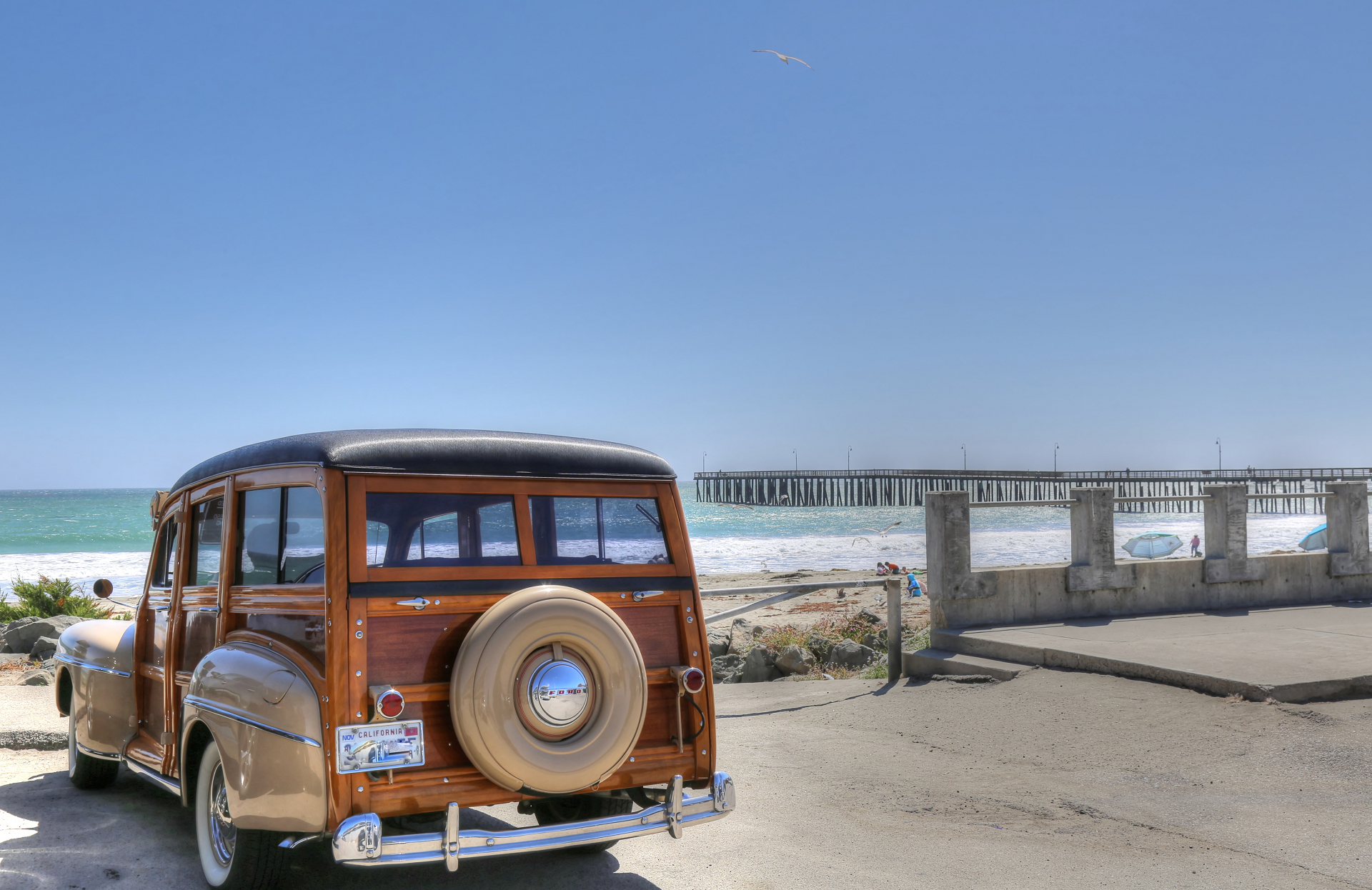 Highway 1, California’s impossibly scenic coast-hugging drive, gets plenty of love from visitors, especially the throngs who hit the central coast between San Francisco and Los Angeles. But as those visitors gape at the ocean views and pull into scenic overlooks for Instagram-worthy pics, they may not realize that there are ample opportunities to immerse themselves further in the natural beauty, heritage, and marine life along the iconic route.

The 5th annual Coastal Discovery & Stewardship Celebration, January 13 through February 28, 2018, gives travelers (and, of course, locals) the chance to explore everything that the CA Highway 1 Discovery Route has to offer, thanks to San Luis Obispo County, the California State Parks, and the Monterey Bay National Marine Sanctuary. The celebration focuses on “stewardship travel” experiences such as nature walks, lighthouse tours, garden volunteering, natural history talks, and more that create a more meaningful - and more fun - travel experience, touching on history, heritage, and the natural life of the coast. While the CA Highway 1 Discovery Route offers 50 such experiences year-round, the annual celebration offers even more opportunities to experience the coast as locals do.

All along the 101 miles of the CA Highway 1 Discovery Route, which links 10 diverse communities from just south of Big Sur to just south of San Luis Obispo (approximately halfway between S.F. and L.A.), activities will include a film festival featuring the incredible undersea documentary Disneynature Oceans at the Hearst Castle, Sharks After Dark at the Central Coast Aquarium, wine tastings at the Pacific Coast Wine Trail’s six tasting rooms, off-roading adventures in the Oceano Dunes, and much more.

Many local hotels and motels in coastal communities are offering special lodging packages during the Coastal Discovery & Stewardship Celebration. Good deals can also be found at Budget Travel’s Book a Hotel page. 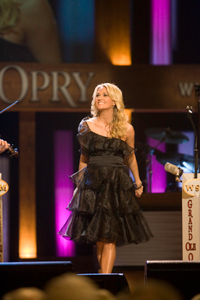 Heading to Nashville, Tenn., this year? You may notice a couple of abnormally large guitars beckoning you through the entrance of the Grand Ole Opry House&mdash;guitars reaching 20 feet high and made up of 3,000 pounds of steel and aluminum, to be exact. This new memorial honors the country music venue's 85th birthday, a bash that will draw participation from such classic legends as Loretta Lynn and Charley Pride to relative newcomers like Carrie Underwood and Dierks Bentley. Leading up to the grand finale on Oct. 8th and 9th, venues all around the city will be featuring additional concerts and special gallery exhibits throughout the summer. Grand Ole Opry House: In a strange turn of events last month, the Opry House was hit with the worst Middle Tennessee floods in more than 100 years, with water rising nearly four feet above the stage. While renovations are frantically underway, various area locations&mdash;the Ryman Auditorium, Allen Arena at Lipscomb University, and War Memorial Auditorium&mdash;are housing the Grand Ole Opry and Opry Country Classics shows until they return to their digs in October. Don't be surprised if you spot celebrities about town as they accept the duties of "guest announcer" from now until the party in Oct. (2804 Opryland Dr., 800/733-6779, ticket prices vary) Grand Ole Opry Museum: Due to reopen the first week of October and located just steps away from the Opry House, three new exhibits will allow a behind-the-scenes peek into Opry secrets, including images captured by the official show photographers Chris Hollo and Les Leverett, artifacts from young country performers rapidly rising to stardom, and memorabilia from the late Opry icon Porter Wagoner. (Grand Ole Opry Plaza, 2802 Opryland Dr., 800/733-6779, $5) Acuff Theatre: The venue for the grand finale Opry Birthday Concert is guaranteed to be full of surprises yet to be announced, and will bring out every who's who of country music entertainment. If you can only attend one event this year, this would be the one that you shouldn't miss. (2804 Opryland Dr., 800/733-6779, tickets and tour packages from $95) EARLIER Trip Coach: Dreamin' of Nashville

On Saturday, September 25, Smithsonian is hosting its sixth-annual Museum Day, with hundreds of cultural institutions around the country offering free admission. Tickets are available now. All you have to do is go to the Museum Day site and fill out the form, and your ticket will be e-mailed to you. Print it out and bring it to your museum of choice; it's good for free general admission for two people at any one participating museum. (Note: You have to designate which museum you'll be visiting when you sign up for the ticket. And only one ticket per household is allowed.) As of right now, 940 museums have signed on, with an expected 1,500 to be taking part by the actual day of the event. Last year, over 300,000 museumgoers visited the 1,300 participating institutions. To decide where to spend your time that day, use the site's museum finder. And for the first time, this year's sponsor, Toyota, is providing on-site activities, including docent tours, interactive trivia contests, and giveaways, at five of the museums: the Dallas Museum of Art (normal admission $10); the Adler Planetarium in Chicago ($10); the Autry National Center in L.A. ($9); the Tower Hill Botanic Garden in Boylston, Mass. ($10); and the Tampa Museum of Art ($10). A few others you may want to check out: &bull; The OZ Museum, in Wamego, Kans. ($7). "There's no place like" this tribute to all things Dorothy and friends. &bull; Scotchtown, in Beaverdam, Va. ($8). No, this isn't a liquor-lover's paradise; it's the home of founding father Patrick Henry, of "Give me liberty, or give me death!" fame. &bull; The Pro Football Hall of Fame, in Canton, Ohio ($20). Museum Day falls as the NFL season is just getting started, and on the heels of the August 7 enshrinement of the Hall's Class of 2010, which includes Jerry Rice and Emmitt Smith. &bull; The Intrepid Sea, Air &amp; Space Museum, in New York City ($22). Renovated just two years ago, the historic aircraft carrier is one of the best values, saving you $22! &bull; The Atomic Testing Museum, in Las Vegas ($12). The once top-secret nuclear test site, just a mile from the Strip, offers a radiation-free simulation of what it was like to watch an atomic explosion, complete with vibrating seats and a blast of air. Bonus: If you're feeling a little more like the great outdoors, September 25 is also Public Lands Day, one of the few days during the year when nearly 150 of the country's national parks that normally charge admission ($3-$25) are free.

A peek behind the scenes at Budget Travel

We just finished sending the last few pages of Budget Travel's September issue out the door. While I hope the final product appears effortless, you might be surprised to learn just what happens behind the scenes&mdash;all in the service of providing you with the best affordable vacation ideas your $4.50 can buy. Here's a taste of the highs and lows at our offices (and outposts) this month: Number of images considered for the September cover: 88 Number of images considered for the first Table of Contents page: 30 Number of editors who got married in the middle of producing the issue: 1 Earliest morning by an editor: 7 a.m., working on a piece about Ely, Minnesota Latest night by an editor: 8:45 p.m., working on a piece about how to reduce your data rates abroad Number of hotels considered for the Essentials section on Europe's Best Values: dozens Number of hotels that made the final cut: 5 Number of minutes spent trying to assess whether a person pictured in an image (page 20) was actually wearing clothes: 3 Number of people involved in assessment: 4 Final answer: yes, a bikini Price of parking ticket a photo editor received shooting the image on page 37: $10 Most heated response (from a contributing illustrator): "I'm afraid I've been in this business too long to be fulfilling loopy, trivial requests like this."* Second most heated response (from a contributing writer): "one more question and it's coming out of your salary."** When you'll be able to see the fruits of all said labor: August 24th *the person who comes closest to guessing what the request might have been will win a copy of Budget Travel's newest book, The Smart Family's Passport: 350 Money, Time, and Sanity Saving Tips. ** we think he was kidding, but we're not sure. 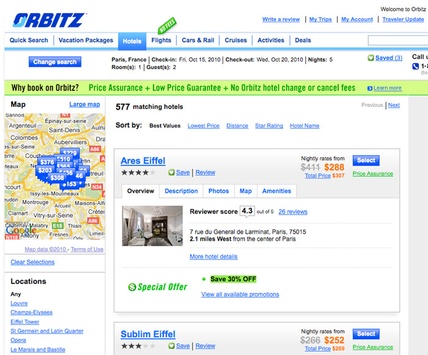 In the past, Orbitz has earned our kudos in the past for its customer-friendly attitude. The company's Price Assurance program sends an automatic refund if another Orbitz customer books the same hotel room for the same night for less. And with the Enhanced Low Price Guarantee (which we blogged about last fall) travelers who find their hotel room for a lower price on another site can get a refund for the difference and a $50 discount on a future Orbitz booking. Plus, Orbitz also shows up-front prices with taxes and fees included&mdash;a particularly nice feature for us budget travelers. Orbitz was founded as an airline-booking site 10 years ago and has lost a little ground to other huge OTAs who have focused on hotel bookings, like Expedia and Priceline. Orbitz CEO Barney Harford was quoted in the Chicago Tribune recently, saying his focus for the past year has been: "hotel, hotel, hotel." So, it's no wonder Orbitz is working to improve its hotel search. Now, let's get to the good stuff! What's new: Orbitz now displays its hotel search results in a pleasing, easy-to-navigate template. Each hotel has "tabs" that you can click on to get photos, a list of amenities, and a map. You can "save" hotels to go back to later, and of course you can sort all results by lowest price, star rating, or location. Here's what's exciting, at least for a quick decision-maker like me: You can compare hotels side-by-side on the same web page, without having to navigate away. For instance, I decided to check out hotels in Paris. In the "photos" tab, I found a photo of a guestroom in each hotel. By scrolling down, I could quickly look at what my room would look like in each hotel, without having to click elsewhere (or line up different web browsers, which I have admittedly done before). This gets even cooler when you use Google Street View. Within the same framework of the search-results page, you can click on the "map" tab and then click on "street view." Spin it around and see what the hotel environs are. I was completely in love with a hotel on the outskirts of Paris (an all-suites property that started at just $133!) until I realized, via street view, that this place was right by the airport. Like, depressingly close&mdash;I could see the airport in street view. Naturally, Orbitz's new look and feel isn't perfect; I wish there was an "under $200" search option, which would be great for budget travelers. Also, comparing hotels side-by-side is certainly nice, but there's no way to move the hotels around within the search results, so there's still a lot of scrolling. And I couldn't figure out how to get into my saved hotels and compare those side-by-side&mdash;the saved hotels appear as just a list. But, overall, it's great to see a huge OTA like Orbitz freshen up its look. The question is, what do you think? What else would you like to see from Orbitz in the future?