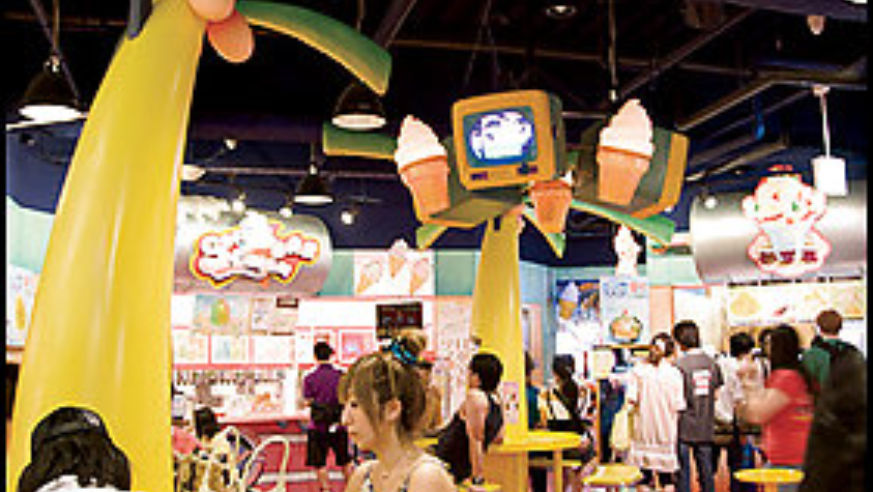 Homemade egg fried rice with beef, wildflower honey ice cream, and do-it-yourself barbecue are a few of the treats that make these spots popular.

Tochinoki: The menu at this family-owned place in Harajuku is in calligraphic Japanese, but don't let that stop you—everything is delicious, so just start pointing. The countryside-style dishes include lotus-and-sesame salad, grilled salmon, and something that resembles fried Spam but tastes like crab cakes. 3-1-21 Jingumae, Shibuya-ku, 011-81/3-3403-5375, small plates from $4.

Namjatown: This "food theme park" spread across two floors of the Sunshine City mall is exactly what it sounds like: After buying a $3 admission ticket, you can eat at several themed culinary zones, including Ikebukuro Gyoza Stadium, a fake street lined with huts that serve nothing but Japanese dumplings. The gyoza are stuffed with shrimp, dressed with lime, or blackened in a cast-iron skillet. For dessert, Ice Cream City has hundreds of flavors, from wildflower honey to chicken liver. Higashi Ikebukuro 3-chome, Toshima-ku, 011-81/3-5950-0765, six dumplings from $3.50.

Imajin: There are just six stools at this Sputnik of a pub, where the walls are lined with liquor bottles scrawled with the names of regulars. The friendly, bandanna-wearing owner doesn't speak much English, but he's eager to accommodate anyone looking to sample shochu (a liquor made from barley, sweet potatoes, or rice), which he pairs with such homemade dishes as egg-fried rice with beef. 3-1-26 Hiroo, Shibuya-ku, entrées from $9.50.

Ueno Taishoen: The Japanese call their perfected version of Korean barbecue yakiniku. This unassuming restaurant in the Ueno neighborhood lets diners cook their own yakiniku dishes—sweet-potato slices, matsutake mushrooms, marinated brisket with leeks—on a cast-iron grill in the center of each table. 8-10 Heitoku, Ueno-ku, 011-81/3-3834-6541, small plates from $7.

Crayonhouse: Wedged between glitzy boutiques in Omote Sando, the three-story children's toy and book store also has a produce market and a simple but excellent organic restaurant. Lunch is buffet-style, but the best time to go is dinner, when the à la carte menu features sashimi appetizers, seasonal vegetables steamed in a bamboo basket, grilled fish with herbs, and a tofu salad with a zesty tomato vinaigrette. 3-8-15 Kita-Aoyama, Minato-ku, 011-81/3-3406-6409, entrées from $5.