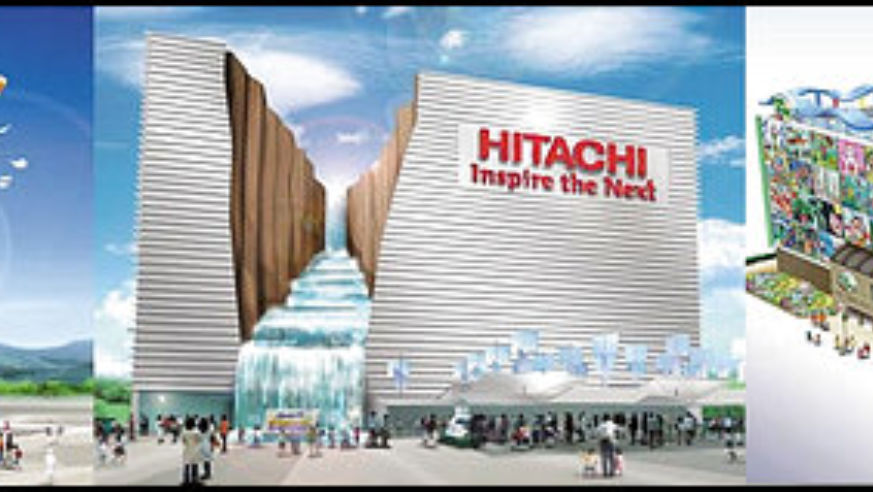 What used to be known as the World's Fair begins next month in Japan. If these renderings are any indication, it will astound

A swath of forest between Tokyo and Osaka, Aichi Prefecture is known for its country charm, hot springs, and family-style seafood meals (as much as it's known at all, at least outside of Japan). But from March 25 to September 25, Aichi will be transformed into a futuristic metropolis when it hosts the 2005 World Exposition.

Expo isn't the draw it used to be, and Aichi expects to attract 15 million, down from the 64 million visitors who came to Osaka for the 1970 Expo. The theme is Nature's Wisdom. Organizers are spending billions of dollars to construct a 427-acre park -- which incorporates three existing towns and a new, 1.6-mile elevated walkway designed to preserve forests and ponds -- and 122 countries are creating ecology-related exhibits.

The park will feature seven main attraction areas. The Forest Experience Zone will allow visitors to hike through woods, climb trees, and conduct nature experiments. The Corporate Pavilion Zone -- it sounds better in Japanese -- will display human-like robots able to play musical instruments and a "Liniar" car that can reach 361 mph (though it won't be available for rides). The Interactive Fun Zone will have a show called Mountain of Dreams, produced by anime director Mamoru Oshii, on the world's largest floor screen. The Central Zone will include an open-air plaza and koi pond, and, as host country, Japan gets its own zone, with traditional performances. The Seto Area, near the back of the park, will include a citizens' pavilion where people can come together to try to solve the world's problems.

Participating countries' booths or pavilions are in the Global Commons, divided into six geographic regions. After skipping the 2000 Expo in Hanover, Germany, the U.S. is back -- and celebrating Benjamin Franklin's 300th birthday with a multiscreen, 3-D film about his scientific work. For smaller countries, Expo is a chance to make a splash: Croatia, for example, plans a five-room pavilion, each room representing a different stage in salt making.

It's a lot to get a handle on. The best advice: Accept that you'll want to spend more than a day. (We recommend two hotels -- one Japanese-style, one Western-style; see below.) Buy tickets through Expo's website before you go; it's cheaper and easier. A one-day ticket bought at the ticket office runs $45, but you can save $5 if you buy before March 24. Seniors are eligible for a $9 discount, and kids' tickets sell for $15 to $24. Anyone who buys a ticket after 5 p.m. gets half off -- the fair stays open until 9:30 p.m. or 10 p.m. nightly.

Expo is just over two hours from central Tokyo via the Shinkansen (bullet train); it's a 50-minute train ride from Osaka. Foreign visitors are eligible for a discounted rail pass, which is far and away the best deal for taking the train in Japan. You have to buy it before you arrive in the country: Purchase an "exchange order" from a travel agent outside Japan and submit it for a rail pass after you go through customs. You can also fly straight into Aichi -- a new international airport, Chubu Centrair, will open this month in Aichi's major city, Nagoya. United Airlines will fly direct to Centrair from San Francisco and, in April, American Airlines starts nonstop flights from Chicago. The airport will get direct access to Expo via a new train line, and the Expo site is 45 minutes by train from Nagoya.

Japan is building a tremendous amount of infrastructure to support Expo (which is organized by the International Expositions Bureau, based in Paris). The country clearly wants to make a good impression -- and a better one than traditional rival China will in 2010, when it hosts the next Expo, in the white-hot city of Shanghai.