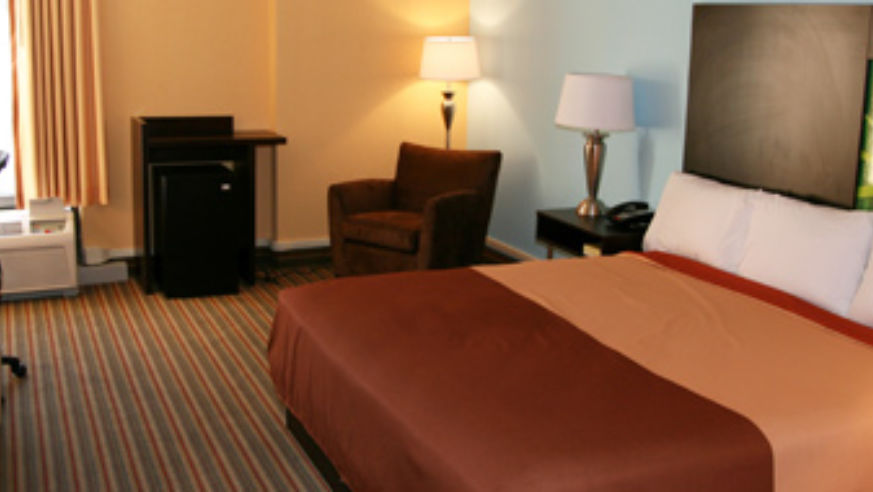 We just unveiled our sixth-annual Extra Mile Awards—in which we salute the forward-thinking companies and people working to make your vacation simpler, more affordable, and way more fun. One of the trends we spotlight is how Motel 6, Red Roof Inn, and Holiday Inn have taken the concept of the traditional roadside motel and flipped it on its head, each initiating a massive design overhaul and totally redefining what it means to stay somewhere on a budget.

While it hasn't yet reached the sheer numbers of those three chains, Super 8 has also launched a room redesign that's just getting off its feet.

A relative newcomer to the remodel game, Super 8 has completely revamped two properties so far (in Mount Laurel, N.J. and Pennsville, N.J.), with plans to have 13 more renovations finished by early next year. Highlights include a Frank Lloyd Wright–inspired theme emphasizing horizontal surfaces, modular wall units/media centers that can be configured to maximize space, and regional artwork inset in headboards—so when you wake up you actually will know where you are.