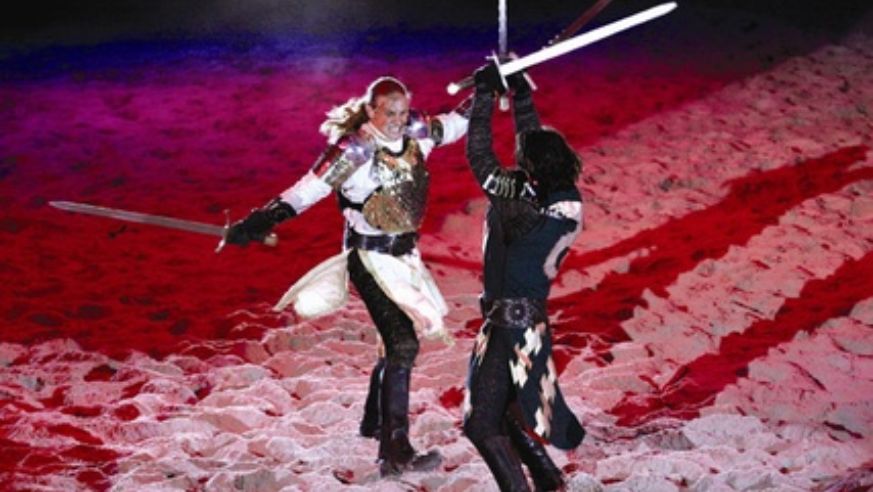 What's the ultimate place to entertain a group of kids? One leading contender is the dinner show Medieval Times. At several spots nationwide, you watch as knights ride real stallions and attempt to unseat other riders--all in a re-creation of an 11th-century tournament.

This year, the two-hour show is being overhauled with a new script, soundtrack, and set of stunts. In addition to five new battle scenes, a prince (who is later kidnapped) has joined the cast.

The updated show debuts this month at the Medieval Times castle in Buena Park, Calif., followed by Schaumburg, Ill., in September, and Atlanta and Toronto this winter. The new show is already running at theaters in Kissimmee, Fla., Hanover, Md., Myrtle Beach, S.C., Dallas, and Lyndhurst, N.J.

While growing up in Orange County, Calif., many of my elementary-school friends celebrated their birthdays at Medieval Times, where the kitschy utensil-free meal meant we ate roasted chicken and spare ribs with our hands. The messier we were, the better.

Happily, my favorite parts of the show have stayed the same. The servers are still serfs and wenches who speak Old English. Plus, the arena continues to be split into groups that cheer on various knights.