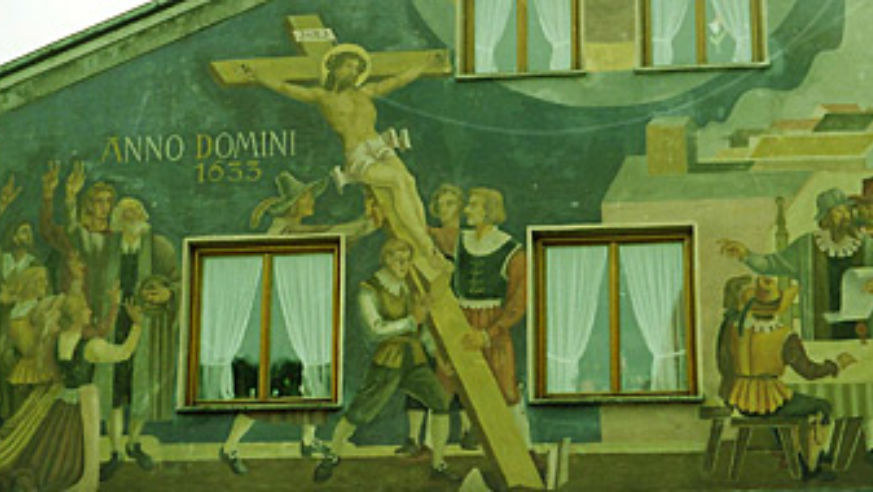 Courtesy DanieVDM/Flickr
One of the buildings in Oberammergau, Germany

Mark your calendars now for summer 2010, when the Oberammergau Passion Play will be performed for the first time since 2000.

The five-hour play, which begins with Jesus entering Jerusalem and follows the story through his death and resurrection, involves more than 2,000 actors and singers, many of them locals from this Bavarian town about 60 miles southwest of Munich. Performed for 102 days every 10 years, the show attracts viewers from around the world—nearly 500,000 of them each time.

Oberammergau has been hosting this spectacle every decade since 1634. Why the devotion? Back in the 1600s, the bubonic plague was wiping out villages left and right; the Oberammergau townspeople made a pledge to God that they'd perform the Passion Play every 10 years, in return for his mercy. As they say, the rest is history.

The first performance isn't until May 2010, but tickets go on sale this month and sell-out quickly. Consider letting a tour operator complete the experience for you—Trafalgar Tours has already announced 15 itineraries with tickets to the play included (the cheap seats, purchased separately, start at $65). It sounds like a beautiful experience—two acts, one in the afternoon and one in the evening, of nonstop action, in an impressive open-air theater with hillside views. The whole play is in German (with English translations on paper), but with material this dramatic, it's sure to make an impression regardless.