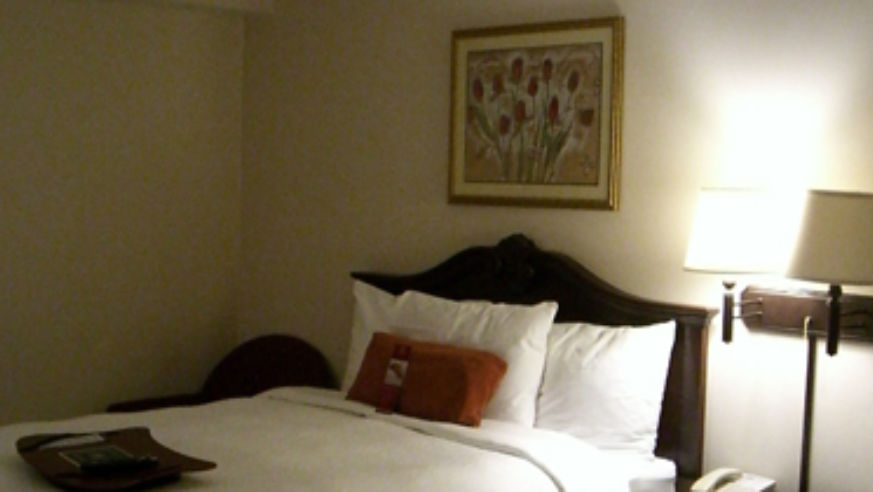 Courtesy Aaron Gustafson/Flickr
A room at the Hampton Inn in Cambridge, MA

Travelers often pay "tax recovery charges" instead of taxes when booking a hotel room in the US through a major online travel agency like Expedia, Orbitz, Priceline, and Travelocity. What are these mysterious charges?

Say you book a night's stay at a hotel through a major online travel agency, and you pay $100 plus "tax recovery charges" and service fees. The $100 rate includes a profit margin for the website, which is typically between 15 and 25 percent, according to Daniel Toja, CEO of Myhoteloutlet.com. For our example, we'll say that's the wholesale rate is $80, and the travel website adds on $20 to the price and charges you $100. The hotel then calculates a tax on the $80. That tax is passed on to you by the website. (By tax, I mean the whole grab bag of taxes and charges municipal and state governments slap on hotels, such as the "room tax" that some cities add.)

Interestingly, the travel website typically doesn't pay municipal or state taxes on its $20 mark-up on the $80 room or on its service fee.

What does that mean for you?

When you attempt to actually buy the room from each site, you may be surprised to discover that each site charges a different final bill:

The answer is simple: Changes in the service fee and the wholesale rate cause the final bills to vary among the sites. Hotels may have cut special deals with one website, offering deeper discounts. Or the website itself is running a sale to attract business.

(By the way, in my example above, I don't mean to imply that Travelocity typically charges more in service fees than the other companies; I randomly selected companies and prices to illustrate how all of these companies charge varied service fees. No one company is known to charge more than the others consistently.)

Complicating things even further, taxes are changing a lot lately. Sometimes governments might change taxes between the time you book the room and the time you actually stay. When you reserved a room in October, the tax rate may have been 6 percent, but by the time you check in for your stay in January, the tax may have risen to 7%. To prepare for possible changes in the rate, the company estimates what the tax will be (based on the current tax rate) and calls this estimate the "tax recovery charge."

An Expedia spokesperson explained to me that, "generally without exception," when a change happens, the tax goes up, not down. When the tax rises, the hotel—not Expedia—makes up the difference on the customers' behalf.

But what if the opposite situation happened? What if the tax rate actually dropped instead? Might Expedia keep any leftover the customer overpaid for "tax recovery charges"? A company spokesperson says: "Expedia never pockets any tax dollars... When this issue has been raised as a sideshow in the hotel occupancy tax litigation, every court who has looked at this baseless allegation has ruled in Expedia’s favor, finding that Expedia does not overcharge customers or pocket any tax dollars."

The situation is the same with the other major online travel companies, according to spokespeople and previously issued public statements. They argue that because they are not hotels and do not "furnish" rooms to travelers, the hotel occupancy sales tax does not apply to them. There's one exception. New York City and New York State have explicitly changed their laws so that they also tax the money on the online travel company's mark-up and service fees. Expect other municipalities and states to copy that move.

Can a Chain Hotel Pull Off Boutique-Style Amenities?