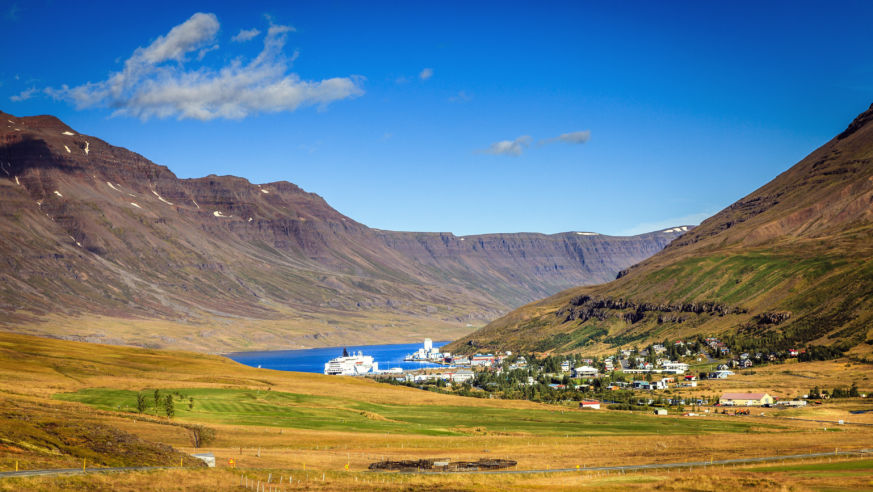 The town of Seydisfjordur in Eastern Iceland.

If you thought free in-flight movies and unlimited snacks were a major perk, Icelandair is really raising the stakes for airline amenities. Their new Stopover Buddy program provides you with a pal to show you around the country. All you have to do is book a flight across the Atlantic and opt to stay in Iceland—our top pick for Where to Go in 2016—for up to seven days on a layover, which won’t run you any extra airfare. Then they’ll team you up with a pal who shares your interests (food, adventure, nature, etc.) for one of the days.

The only cost is paying for your new friend’s food, admission, and whatever else you decide to do that day. That’s an excellent deal considering you're getting your own personal tour guide who has the local scoop.

The airline will match you with a buddy who is all about your personal tastes and knows the region well. Icelandair employees are as varied as the people who visit their country, spending their time doing everything from swimming in the ocean to mountain biking, heli-skiing, cross-country running, and knitting, and they want to share it with you. For example, there are Adventure Buddies for a day on the ski slopes; Culture Buddies who will take you beyond the museums; Food Buddies who know the culinary hotspots and just might bring you to catch your dinner; Health Buddies for bike rides, runs, and other athletic expeditions; Lifestyle Buddies to lead you on mountain climbs and volcano explorations; and Nature Buddies who will put you in the saddle on an Icelandic horse. You can even opt to go backcountry skiing with Icelandair’s CEO, Birkir Holm Gudnason.

Icelandair will help you schedule a time and meet-up point, and then you’re all set. But keep in mind that travelers have to be 18 years or older, and must stop in Iceland before heading to their final destination. Also, the Stopover Buddy program won’t last forever—it’s only now through April 30—so now's the time to make a new friend overseas.