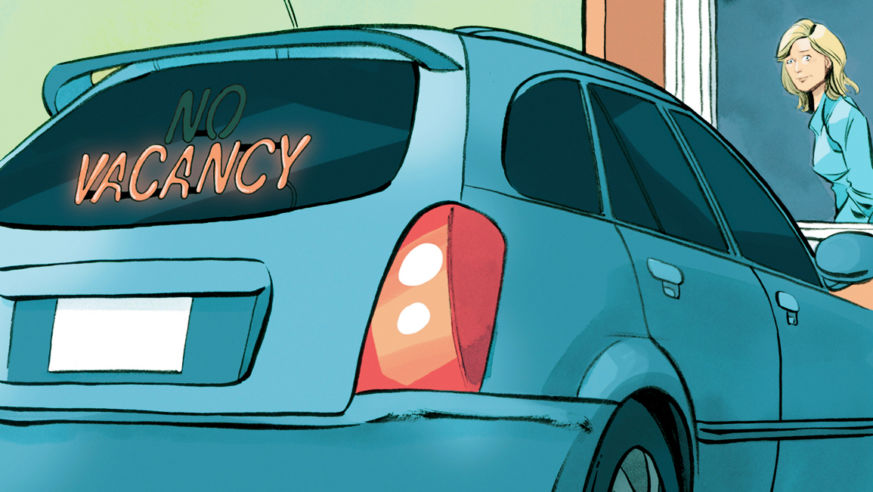 Is it crazy to rent a car from—or to—a stranger? Not if it means skipping the rental counter and saving cash.

Michael Monroe lives near Boston, so he doesn't need to own a car. But there are times when four wheels trump the T: to take his parents to lunch, make an IKEA run, or just get out of town. Renting can be a pricey time-drain, so when he heard about RelayRides (relayrides.com, from $5/hour) , a new car-sharing website, he tried it. "I've got a Honda Fit .1 miles from my house," says Monroe, 35, who has used the service 15 times. It's easy on his wallet, too: about $7 an hour, gas and insurance included.

Until recently, peer-to-peer rentals (where you rent from an ordinary person, rather than from a company) have existed mostly for lodging; in 2008, airbnb.combegan pairing travelers with home owners looking to rent space. Companies in Germany, France, the U.K., and Australia pioneered the peer-to-peer car-rental market, and now a 2011 change to California's auto-insurance laws has made renting from individuals in the U.S. easier. Year-old RelayRides has about 2,000 users sharing 100 cars in Boston and San Francisco. Getaround (getaround.com, from $3/hour) has 1,000 people using 150 cars, mostly in the San Francisco Bay Area. JustShareIt (justshareit.com, from $5/hour), which is scheduled to launch this month with 25 cars, also plans to help owners loan boats, motorcycles, Jet Skis, snowmobiles, RVs, ATVs—and airplanes (eventually).

For cars, at least, the process couldn't be easier. A Getaround customer logs in (or calls 866/438-2768), requests a ride, and waits for an owner to accept. A portion of Getaround's cars come fitted with a system that allows them to be reserved and unlocked with a smartphone app; otherwise, owner and borrower meet in person—how '90s!—to exchange keys. RelayRides uses an electronic-card system that allows the borrower to unlock the door with a key fob. Both companies require owners to maintain vehicles, but neither inspects its cars regularly. For every online review about pet hair, there's another about the folks who left cookies and a welcome note.

If you can get past the nagging feeling that loaning a car to a stranger is crazy, peer-to-peer rental makes sense. Owners earn cash on an idle asset; borrowers save money and skip the car-rental counter. (The companies all provide some level of insurance for drivers and owners.) Rates for Zipcar (which also provides cars in a neighborhood near you, though the vehicles are company-owned) start at about $7 an hour, along with application and annual fees of about $80. RelayRides starts at $5 an hour with no sign-up fee, though an Audi S4 might cost $12. At Getaround, the base price is $3 (also no sign-up), but you can drive a Tesla for $50. Owners list for free, but the companies take 30 to 35 percent per transaction.

And then there's the psychic savings. Megan Stokes decided to list her "champagne brown" 2002 Mazda Protégé with RelayRides largely for environmental reasons. The more people "share" cars, she reasons, the fewer cars will be on the road. Stokes has made $130 on her Mazda, but she admits that the money has been hard earned, like the time a renter killed the battery—on Valentine's Day. "We had a dinner reservation," says Stokes, 30. "I got all dressed up, and it's freezing out, so I thought we'd treat ourselves and drive." RelayRides reimbursed Stokes's cab fare, installed a new battery, and credited her $50. She's undeterred. "I want it to work really bad," Stokes says. "I want people to get rid of their cars."

The 7 Most Common Gas-guzzling Mistakes

Fly vs. Drive: A New Website Can Help You Decide

The 20 Best-Kept Secrets for Washington, D.C.