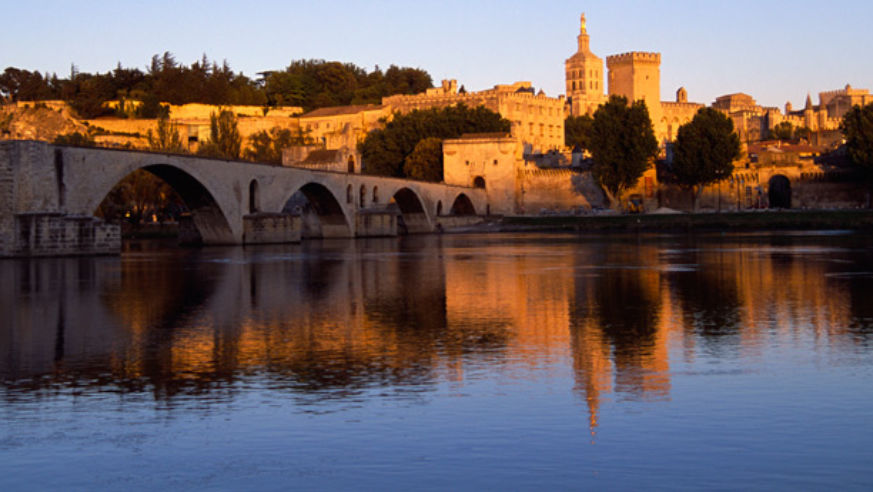 An outside cabin, charming towns, artisanal wines and foods? No wonder demand is booming for intimate, leisurely cruises along these five European rivers. Sign us up!

River cruises—leisurely, elegant, and easy—are quickly gaining in popularity. Some cruise lines have seen bookings grow by 60 percent over the past five years. Europe is especially fashionable right now: In a recent study, booking site cruisecompete.com found that requests for European river cruises have increased more than 22 percent since August 2009.

Why all the interest? River cruises sail on major waterways like the Danube and the Rhine, docking at charming towns along the way. You'll be much closer to the heart of a city than you would be when cruising by sea—for example, river cruises along the Seine dock at Port de Grenelle in Paris, within walking distance of the Eiffel Tower. And with perks like gourmet food, wine pairings from local vineyards, a room with a view, and guided tours and excursions often included in the price, it's hard to resist the urge to pack up and leave tomorrow.

Europe's cruising season extends from March to September. Cruises in May, June, and July (the region's high season) are more expensive. Planning ahead is a must: The ships are much smaller and more intimate than their seafaring counterparts, and trip dates tend to book up fast.

Rhine
The mighty, 820-mile Rhine begins in Switzerland and streams northwest along the border between France and Germany and into the Netherlands, passing by Basel, Switzerland; Strasbourg, France; and Cologne, Germany.
Major providers: AMA Waterways, Avalon Waterways, Cruise West, Gate 1 Travel, Tauck, Uniworld, Viking River Cruises.
Sample itinerary: Viking River Cruises' seven-night Rhine Getaway stops in Amsterdam and Kinderdijk in the Netherlands, where cruisers can debark for a tour of a working windmill. Heidelberg, Germany, home to the country's oldest university, is also a stop, and castle tours are on the docket, including Germany's 700-year-old Marksburg Castle. Prices start at $1,256 per person for an outside stateroom, guided shore excursions, and meals (including multicourse dinners nightly with wine). Another popular Rhine cruise is a springtime tulip cruise that sails through Holland and Belgium and their smaller rivers. The itineraries are timed to the famous—and visually stunning—tulip season in the Netherlands.

Seine
The second-longest river in France (the Loire is the longest) flows through Paris before emptying into the English Channel.
Major providers: Avalon Waterways, Uniworld, Viking River Cruises.
Sample itinerary: Uniworld's seven-night Paris & Normandy cruise includes stops in Rouen; Honfleur, a harbor town that was a favorite of impressionist painters; and Vernon (Giverny), where Claude Monet's home and garden are located. Prices start at $1,999 per person, including a river-view stateroom, all meals, wine and beer, guided shore excursions with an audio tour, complimentary use of the ship's bicycles, and a lecture on the role of the Seine River in impressionist paintings.

Danube
The 1,771-mile Danube begins in southwestern Germany's Black Forest region and stretches across Austria, Hungary, Croatia, Serbia, Romania, and Bulgaria before joining the Black Sea.
Major providers: AMA Waterways, Avalon Waterways, Cruise West, Gate 1 Travel, Tauck, Uniworld, Viking River Cruises.
Sample itinerary: Because the Danube is so huge, there are plenty of itineraries and cities to choose from (Nürnberg and Passau, Germany; Vienna; and Budapest are on many cruises). A four-night sailing from Passau to Budapest on Gate 1 Travel floats along the Wachau Valley near Melk, a city famous for its Grüner Veltliner and Riesling wines and apricot brandy. The itinerary calls for dockings in Vienna and Budapest, with plenty of time to explore on your own; there's also a special onboard performance of Mozart's "The Marriage of Figaro." Prices start at $649 per person, including 11 meals, unlimited wine with dinner, evening entertainment, and a Mozart and Strauss concert in Passau.

Rhône
The 505-mile Rhône rises in Switzerland and runs south into the Mediterranean Sea, drifting through Lyon and the wine-growing Côtes du Rhône region of southern France.
Major providers: Avalon Waterways, Uniworld, Viking River Cruises.
Sample itinerary: Viking River Cruises' Portraits of Southern France stops in Lyon, Tournon-sur-Rhône, Avignon, and Arles. Highlights include guided tours in cities like Beaune, the capital of the Burgundy wine region, and the fortress town of Avignon, called the "City of Popes" because seven popes lived there from 1309 to 1377. The itinerary also puts you in the heart of Provence's lavender fields, with plenty of time for wine tasting at local vineyards. Prices start at $1,856 per person and include accommodations in a river-view cabin, all meals, wine, and guided tours.

Volga
A classic Russian cruise includes the longest river in Europe, which runs for almost 2,300 miles. Most Volga itineraries involve journeys between St. Petersburg and Moscow and traverse other waterways in addition to the "Great Mother Volga" itself.
Major providers: AMA Waterways, Gate 1 Travel, Viking River Cruises.
Sample itinerary: Gate 1 Travel has a weeklong cruise itinerary with stops in Moscow, including a city tour with stops at Red Square and Lubyanka, the former headquarters of the KGB; ancient Uglich, where the pastel-colored Church of St. Dmitry on the Blood, raised in honor of the murdered son of Ivan the Terrible, still graces the banks of the river; and Kizhi, a small island on Lake Onega, northeast of St. Petersburg, where the onion-domed, wooden Church of the Transfiguration complex, built without a single nail, is located. Prices start at $1,149 per person, including guided shore excursions, 20 meals, entrance fees, and all transfers.