Escaping Los Angeles is harder than you'd think—unless you drive north to Ojai, possibly the world's most enlightened town.

Maybe it's the movies. Or maybe it's the press. But to the world, Los Angeles can come off as a Zenned-out land of palm trees, celebrities, and perpetual sun. Meanwhile, for those who live here—all 10 million of us—L.A. is just the opposite, a hard-charging city where you're rarely alone. There are pockets of calm here and there, but the only way to feel as if you've really escaped is to get out of town. And that often involves stresses all its own.

Head east and you won't clear the traffic until San Bernardino. Drive south and you'll be skipping between industrial parks and residential developments all the way to Orange County. But go north and stick to the coast: That's where you'll find your peace.

One Friday afternoon, my friend Ellen and I leave town en route to Ojai. The small community 85 miles northwest of the city has long been a haven for art-savvy and New Agey Angelenos. Famous ceramist Beatrice Wood—a.k.a. the Mama of Dada—lived here, as did guru Jiddu Krishnamurti, who drew spiritual seekers from far and wide. Ojai's appeal is much less about what's new than what's not.

While most Angelenos make the drive in a two-hour shot—keeping to the infinitely more boring inland Highway 101—Ellen and I choose the Pacific Coast Highway. As we clear the L.A. traffic, beaches open up on our left, and the ocean rolls gently in the midday light. Our first stop is Malibu, 40 miles from L.A. but worlds away. Sure, it's home to Hollywood executives, celebrities, and the real-life epitome of California beach culture, Gidget. But that's where the similarities end. Instead of strip malls and parking lots, Malibu has 21 miles of open beaches backed by the sun-soaked Santa Monica Mountains.

I can already feel myself loosening up. We ditch the car and stroll along the newly reopened Malibu Pier. Jutting nearly 800 feet into the Pacific, it served as a lookout during World War II. As opposed to the often mobbed alternative in Santa Monica 12 miles south, this pier is nearly empty. Fishermen gather to drop lines into gray-green water. Stand-up paddle surfers glide over the gentle waves at the famousSurfrider Beach, next to the pier. For the first time in weeks, I'm not thinking about work, my kids, or anything even remotely stressful.

After leaving the pier, Ellen and I take a detour on Kanan Dume Road and wind our way six miles into the Santa Monica Mountains to Malibu Wines(31740 Mulholland Hwy., Malibu, malibuwines.com, tasting from $9). We sidle up to a counter, where we're poured a smooth cabernet made from grapes grown in the 65-acre boutique winery across the road. Out front, tables dot a giant lawn, and two couples are picnicking.

North of Malibu the landscape gets wild. Rocky headlands frame unpeopled beaches. PCH snakes by Point Mugu State Park, five miles of rugged coast and canyons that serve as a way station for the monarch butterfly migration in fall. Forty miles on, we roll into the old-school beach town of Ventura. The dinner rush at Andria's, a low-key seafood restaurant, is just starting, and we join the families in line (1449 Spinnaker Dr., Ventura, andriasseafood.com, entrées from $10). The batter on my fish is nice and light, and Ellen's fried clams are perfectly sweet.

By the time we're back on the road, it's dark. We hang a right on Highway 33 toward Ojai, and I can barely see the California oak and pepper trees covering the hillsides. A light rain is falling when we pull into the Blue Iguana Inn, a 15-room boutique hotel with Mexican-pine beds and tile fountains (11794 N. Ventura Ave., Ojai, blueiguanainn.com, from $109). When we wake up, the bad weather has passed. In the morning sun, Ojai's naturally blessed location comes alive: a broad valley dappled with horse ranches and citrus groves at the base of the Topa Topa Mountains.

Ellen and I spend the morning exploring the shops, restaurants, and galleries that constitute town (you won't find any drive-through fast-food joints; Ojai has banned them). That afternoon, we set out for Ojai Olive Oil, a small olive ranch outside of town (1811 Ladera Rd., Ojai, ojaioliveoil.com, free). Ron Asquith meets us when we arrive. The onetime executive bought the land 10 years ago with his ex-wife, Alice. He leads us inside a barn and shows us the stainless-steel tanks where they press their olives. In the tasting room, Alice introduces us to different flavors of olive oil. We test ourselves, moving beyond the standards: rosemary and mandarin, thumbs-up; garlic, not so much.

Ojai is gifted with a forgiving Mediterranean climate, a boon for local farmers—which seems to be everyone. Even Boccali's, a pizza parlor, grows its own produce (3227 Ojai Ave., Ojai, boccalis.com, sandwiches from $10). Ellen and I split an Italian-sausage sandwich and a fresh green salad. At the farmers market, I overhear a lady say she comes there from Ventura because Ojai's produce is superior, and then Ellen and I spot Ron from Ojai Olive Oil and wave hello. We have the impression we know half the town—and in my fantasy version of a simpler life, we do.

WHEN TO GO
You're almost guaranteed sun in May through October. But even the winter months are mild, with highs in the upper 60s.

WHAT TO PACK
Board shorts, flip-flops, and totes for farmers market fare. 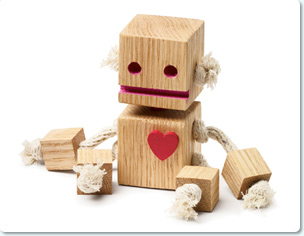 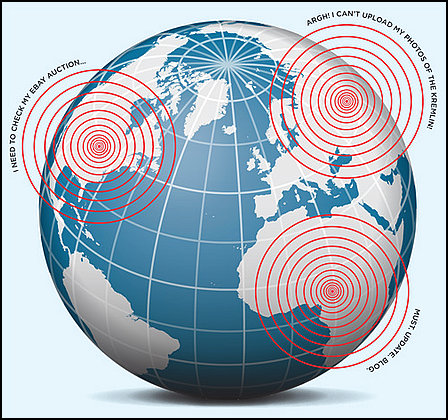 The BT Guide to Getting Online From Virtually Anywhere

Online Addiction Level: Low You get a kick out of tapping into your social network from unlikely locations, but you're not willing to invest in an arsenal of gadgets to facilitate constant contact. The Fix Before settling on your trip accommodations, search travelpost.com's database of hotel chains with free wireless networks. And once you've nailed down your itinerary, use JiWire's free Wi-Fi Finder to pinpoint hotspots near the places you're visiting and to find out how much each one costs, if anything (jiwire.com). Online Addiction Level: Medium You'd enjoy your cross-country road trip a whole lot more if you could blog about it from the middle of the interstate (in the passenger's seat, of course). The Fix Sign up for pay-as-you-go mobile broadband. Both Verizon and Virgin Mobile offer prepaid, no-contract packages that get you online through either company's 3G cellular network. Plans start at $10 for limited 10-day access, but you'll have to buy a network-specific USB modem (from $60) to get your laptop online. Online Addiction Level: Intervention-Worthy Your typical family vacation includes at least one all-out brawl over who gets to check their e-mail first. (So much for bonding!) The Fix Use a MiFi (novatelwireless.com) to maximize a subscription-based mobile broadband plan. (Think of it as a portable hotspot that can support up to five computers at once.) Depending on the carrier, you'll get the device free (Sprint) or deeply discounted (Verizon) when you sign up for service, for about $60 a month. 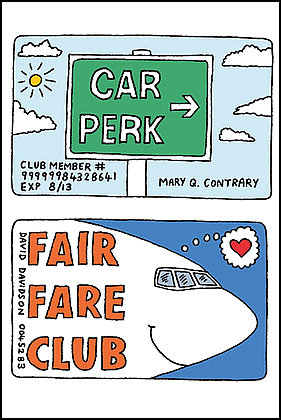 Are Paid Travel Membership Clubs Worth It?

ROAD TRAVEL: American Automobile Association The Deal Starting at $38, an annual AAA membership gets you free roadside towing and lock-out services, discounts of 5 to 15 percent at thousands of hotels, and offers like $30 off weekly rentals at Hertz (which, weirdly, tops Hertz's own #1 Club Gold membership perks). Worth It? What you're paying for is really the services, not the deals: We've found that many hotel owners are happy to float discounts comparable to AAA's even if you aren't a member. aaa.com. AIRLINE: Spirit Airlines $9 Fare Club The Deal For $40 a year, members have access to exclusive fares, sometimes for as low as a penny. A few recent samples: a one-way flight from Chicago to Myrtle Beach, S.C., for $16, or a Fort Lauderdale to Freeport, Bahamas, flight for a measly $9. Worth It? Only if you're going to take more than one flight a year&#8212;which is potentially a challenge. Deals are usually last-minute and off-peak, and Spirit serves only 40 cities (biased to the East Coast, the Caribbean, and Central and South America). spiritair.com. HOTEL: Tablet Plus The Deal Each week, Tablet Hotels, a booking engine for boutique and luxury hotels, offers its Tablet Plus members discounts of up to 70 percent at certain properties (example: $174 vs. $249 at New York's Bryant Park Hotel). Extra bonuses: spa vouchers, upgrades, complimentary airport transfers, and late checkout. Worth It? Sounds great, but the annual fee of $195 is a real stumbling block. It's even more insurmountable when you find out that Plus members' &quot;exclusive&quot; deals are exclusive for only 24 hours. tablethotels.com. 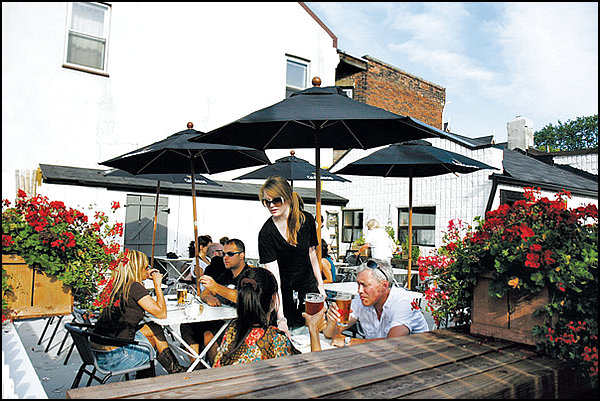