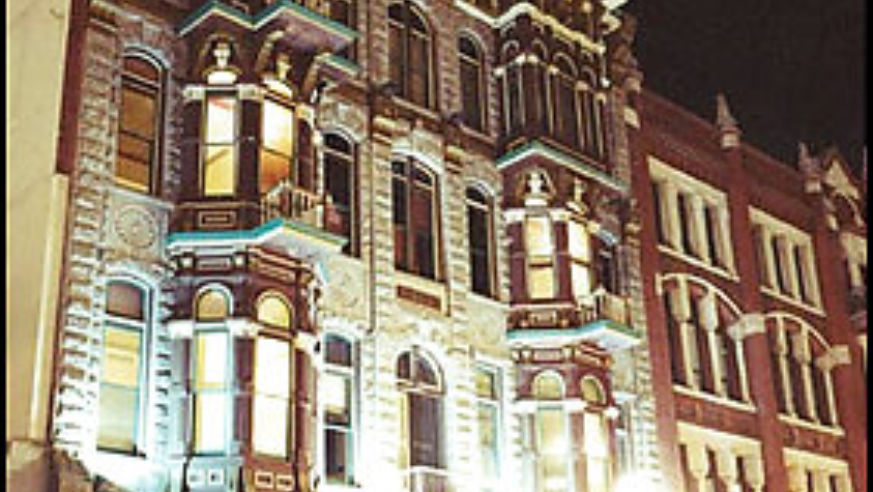 Home to Seaworld and miles of beach, the city has always been great for kids. But a revitalized downtown makes it fun for adults, too.

Not long after surviving the shootout at the O.K. Corral, gunslinger Wyatt Earp moved from Tombstone, Ariz., to San Diego's Stingaree district, which in the 1880s was full of saloons and brothels. A century later, the downtown neighborhood--redubbed the Gaslamp Quarter--had become a different sort of Wild West, notorious for topless bars, boarded-up buildings, and high crime levels.

But in 1980, with much of its Victorian architecture still intact, the 16-block area was added to the National Register of Historic Places. After two subsequent decades of gentrification, including three major developments nearby--Horton Plaza, an outdoor mall; the convention center; and Petco Park, the Padres' stadium--downtown is now one of San Diego's biggest draws, right up there with SeaWorld.

Croce's, the restaurant and jazz club Ingrid Croce opened in 1985 as a tribute to her late husband, singer-songwriter Jim, has become something of a landmark on the Gaslamp's main drag, Fifth Avenue. "We basically had no competition when we opened," says Croce. "Now there are dozens and dozens of places to eat and hang out."

Throngs descend on the area each evening, prompting a recent shift upscale, with cigar bars,velvet ropes, and chic hotels popping up. The Keating, a 35-room boutique inn designed by Pininfarina, the company responsible for Ferraris and Maseratis, opened in December in the 116-year-old Romanesque Revival building above Croce's. Construction on the Hard Rock Hotel, at the southern end of the Gas-lamp, should be completed by summer. And in 2008, a Marriott Renaissance hotel will be built on Fifth Avenue's lone parking lot, between I and J streets.

While the Gaslamp is the revival's center, neighboring areas are also getting a new look. A trio of freshly revamped hotels is a few blocks west on Broadway: The US Grant, a Starwood Luxury Collection property, reopened last fall after a $52 million restoration, and a 1920s-era YMCA that received a $9 million makeover was reborn as the sleek 500 West hotel, with flat-screen TVs in the rooms. Because bathrooms are shared, rates at the latter start at just $59. In between the two--geographically and in terms of price--is the Sofia Hotel, formerly the rundown Pickwick Hotel, where most guests rented by the month. After a $17 million renovation, the Sofia opened in December, outfitted with iPod docking stations, 300-thread-count sheets, and an on-site yoga studio.

On a quiet block, Café 222 has a neighborhoody feel and is a good place to start the day--and a tour of the area. Not far from the restaurant's sidewalk tables, which at breakfast are crowded with plates of pumpkin waffles and scrambled eggs with pesto, there's evidence of an emerging community: a grocery store in one direction and a laundry in the other.

Right next to Gaslamp Books, which doubles as a Wyatt Earp museum, is the pet-gate entrance to Lucky Dog, where a Pug named Sam welcomes shoppers looking for dog beds that resemble taxis or Chihuahua-size tutus. Photos of "customers" (dogs belonging to folks who shop here) are displayed beside the front door. Giving Fifth Avenue a dose of SoCal culture by way of Europe is the cool mix of sneakers, skateboards, and T-shirts at Street Machine Skate Shop, a store with locations in Paris and Copenhagen. And there's reason to visit Petco Park even when the Padres aren't playing: The playground, Wiffle ball field, and picnic areas in the Park at the Park, behind center field, are open to the public year-round.

For most Gaslamp visitors, everything else is preamble to dinner and nightlife. At dusk, there's no better place to be than Jbar, the year-old Hotel Solamar's fourth-floor pool and lounge, where the beautiful people watch the sunset as they sit around the thatched-roof bar. But all along Fifth Avenue there are less fussy happy hours at pubs like The Field.

Gorgeous hostesses seem to sprout from the Gaslamp's sidewalks, simultaneously tempting diners in and keeping them at bay. Gaslamp Strip Club isn't a burlesque house, despite its name. It's a grill-your-own steak house where strangers mingle over open flames and browse the self-serve wine cellar.

While the choice of bottle-service clubs charging $20 covers is multiplying, Stingaree has remained the place to be since opening a year ago. The first floor is a restaurant and dance club; the third, a rooftop lounge with cabanas and fire pits. (The second floor is a VIP area.) For those who don't feel like dressing up, Altitude Sky Bar, the Marriott's rooftop lounge, has great views, and an easygoing crowd mixed with tourists, conventioneers, and locals who come for the DJs. Many end the night at Brian's Eatery and Drinkery, a restaurant open 24 hours on weekends, with a full bar and an all-day breakfast menu.

Since 2000, San Diego's downtown population has grown from 17,000 to 30,000, and that figure is expected to jump as high as 90,000 within 25 years. People are no doubt drawn by the idea of getting the best of both worlds--wearing a hot new outfit on Friday night, and then shorts and flip-flops to the beach the next morning.