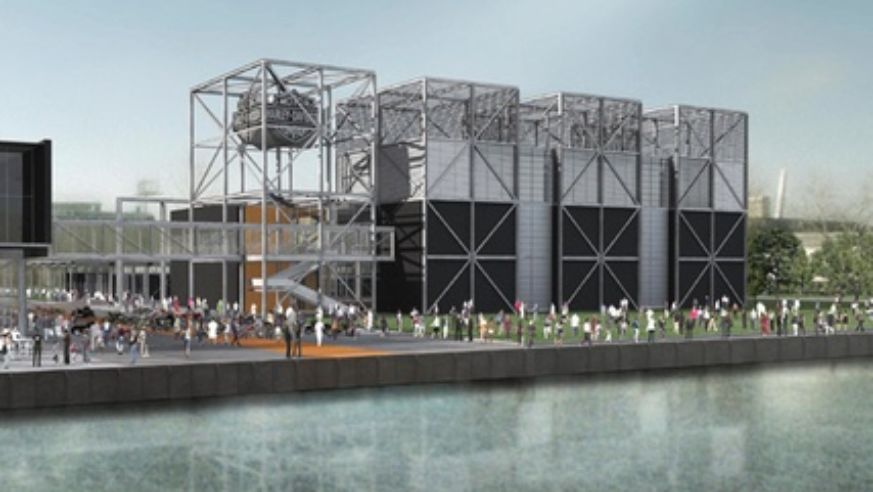 I bet you've never been to a museum opening that features a tattoo artist, a live motorcycle bike build, loud rock bands, and lawn games. But that's what you'll find this weekend at the opening of the Harley-Davidson Museum in Milwaukee.

The weekend party will happen at the museum's 20-acre lot downtown, starting at 10 a.m. on Saturday. The outdoor part is free; admission to the museum costs $16 for adults.

Unlike its existing factory tour in Wauwatosa, Wis., about 10 miles away, the museum will have a large gallery that showcases the evolution of its cruiser-class bikes. The company displays some of its most famous models, including an iconic Series One from 1903, a '56 motorcycle owned by Elvis Presley, and the King Kong (which took 40 years to customize).

The museum's standard hours will be 9 a.m. to 6 p.m. daily, though it will stay open until 8 on Wednesdays. (Directions, here.) As noted, admission is $16 for adults.

[Factory tour details: Tours happen during the summer, which this year means through August 30. They're free, but tickets are limited and given on a first come, first served basis. Tour times are Monday through Friday, 9 a.m. to 2 p.m. and Saturdays from 10 a.m. to 1 p.m.]

How a gearhead and his wife took a fun tour of Europe.