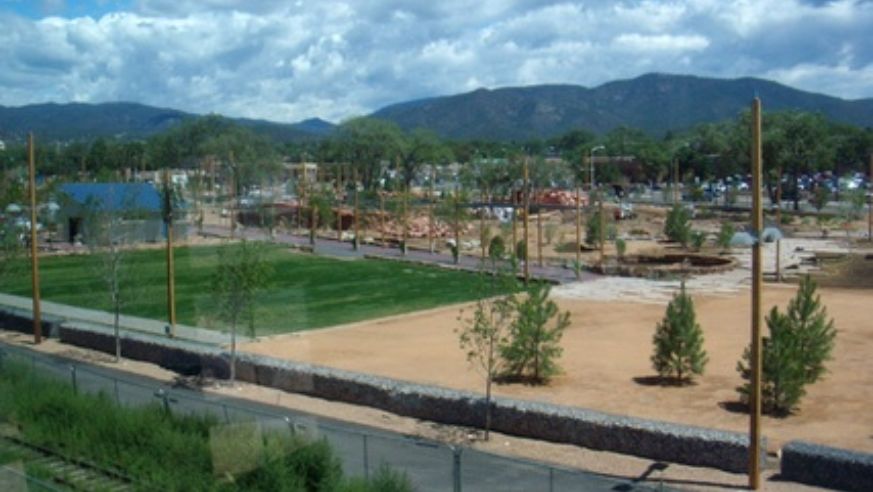 Santa Fe, N.M., was a critical railroad junction during the late 1800s and early 1900s. But in recent decades, its 50-acre railyard fell into disuse.

Officials wondered what to do with the railyard. In 1995, the city bought the 50-acre site with a plan to revitalize it.

This weekend, the city is celebrating the grand opening of the Santa Fe Railyard Park and Plaza, 10 acres of which are a revitalized park, two more acres of which are a plaza and a trail system for bikes and jogging, and the rest of which is a set of local art galleries and residences. The former railyard is now the center of the city's new arts-and-culture corridor. It'll also be the permanent home of the Santa Fe Farmers Market.

As for this weekend's festivities, there are loads of free things to see and do: park tours, a model train display, hands-on chalk drawing for kids, a tree-planting ceremony, movie screenings (including The Wizard of Oz), live music, a Corvette show, a time capsule burial, and free ice cream samples (see the full schedule here). You can also get a little nostalgic for the good ol' days and—at a depot a short walk away—take a short train ride on the Santa Fe Southern Railway.