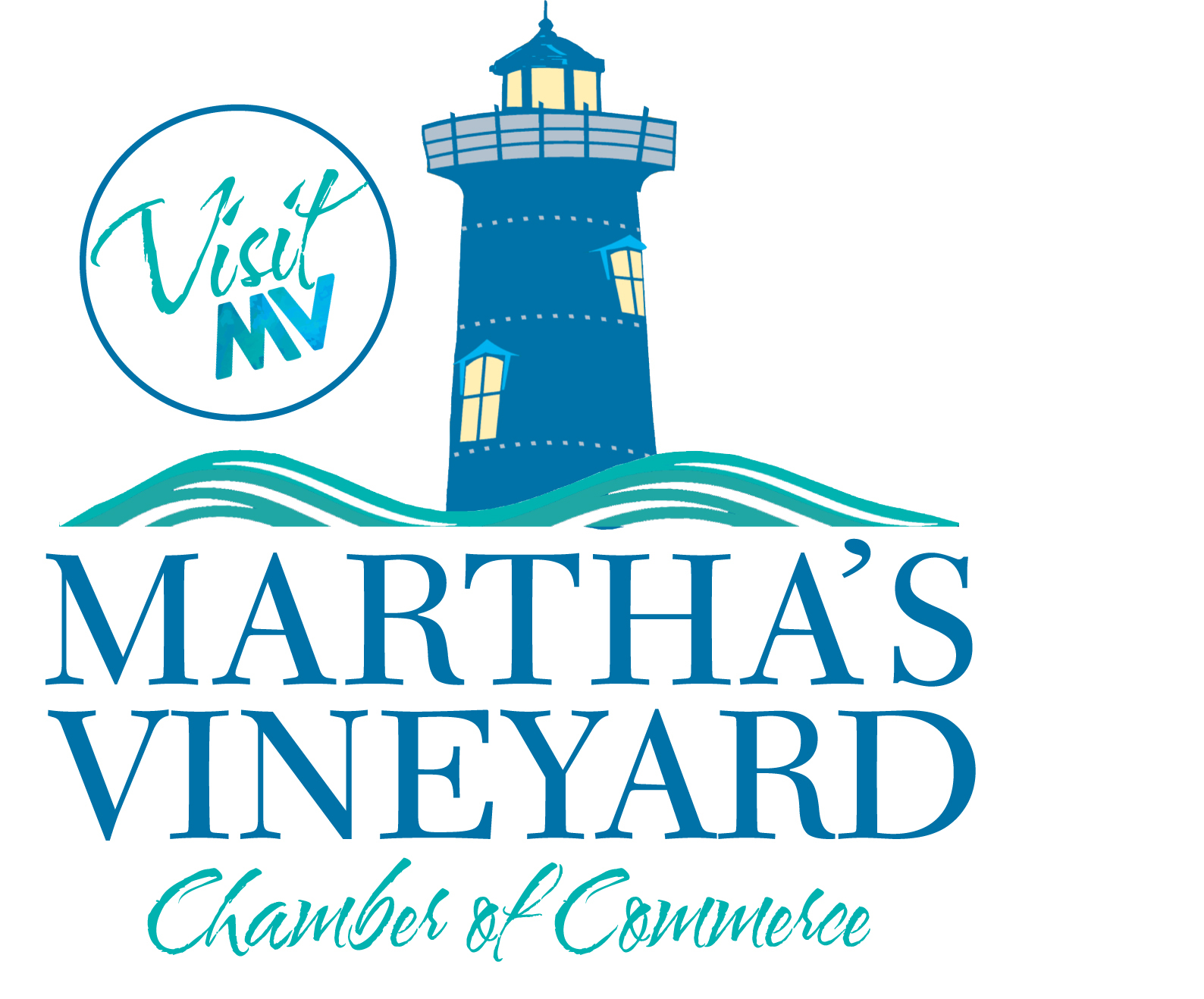 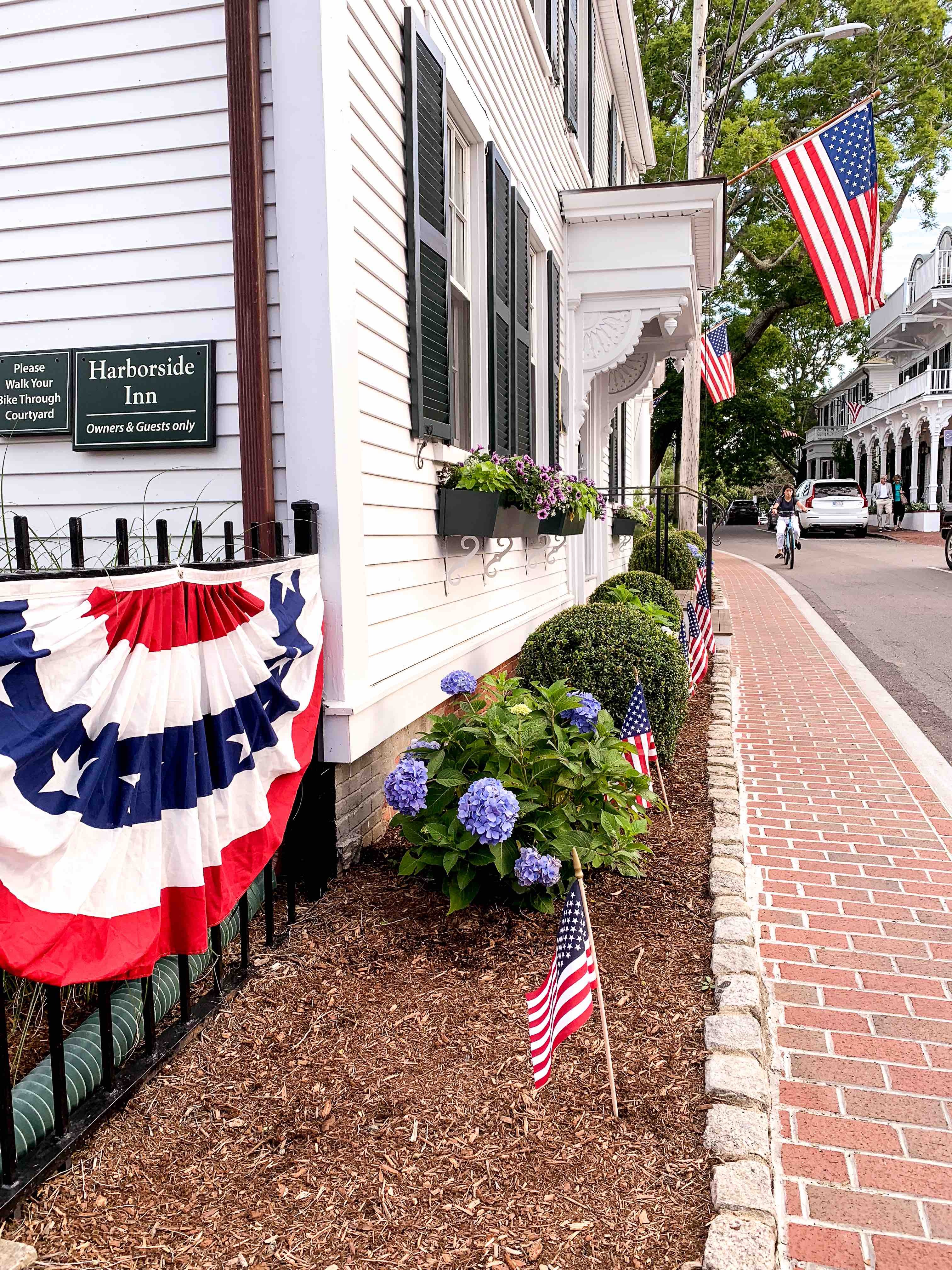 Here are our top tips for enjoying your time on Martha’s Vineyard without having to break the bank. ​

Martha’s Vineyard is a beautiful place that happily welcomes and accommodates visitors from all walks of life. While it is known as a destination for the affluent and has a reputation as being a pricey place to visit, it is home to a diverse population and it can definitely be enjoyed on a tight budget. Like any popular destination there are endless choices to pick from so knowing the most affordable options is the best way to plan a budget friendly trip to Martha’s Vineyard. Here’s our top tips for enjoying your time on Martha’s Vineyard without having to break the bank. ​

Getting here and getting around
The cheapest way to travel on to the Island is to take the Steamship Authority (SSA) ferry which departs from Woods Hole in Falmouth multiple times a day. It’s the residents’ year-round lifeline to ‘America’ and it’s $19 for a roundtrip passenger ticket which includes a free shuttle bus ride in Falmouth from the SSA’s designated parking lots. There is a cost for parking which ranges from $10-20/day depending on the seasons, rates available here.

Once you arrive on the Island the most cost efficient way to get around is via the Vineyard Transit Authority (VTA) bus line which travels through all six Martha’s Vineyard towns daily. A one day pass is only $10 and the bus makes frequent stops including in the busy downtowns of Oak Bluffs, Vineyard Haven, and Oak Bluffs, as well as the popular fishing village Menemsha and the iconic, and majestic Aquinnah Cliffs. Plan to spend the day exploring Martha’s Vineyard’s most popular points of interest and attractions, most of which can be seen for free, including many of our beautiful beaches! Kids love to stop off at the ‘JAWS’ bridge in Edgartown to take a leap into the water, another popular stop along the VTA bus.​

Another affordable way to get around the Island is to bring your bike over on the ferry (an extra $8 fee round trip) and take advantage of the more than 35 miles of paved bike paths on Martha’s Vineyard. You can also rent a bike once you arrive, as there are several bike rental locations within walking distance from the ferry terminals in both Oak Bluffs and Vineyard Haven.

Staying here
The most cost efficient way to experience Martha’s Vineyard is to enjoy a day trip and avoid the cost of lodging, but it if you want to stay longer (which we always recommend!) there are some very reasonable options available. One of the most affordable is the Martha’s Vineyard Family Campground, located just one and a half miles from the Vineyard Haven Steamship Authority ferry terminal and easily accessible via a VTA bus. The Campground offers spacious wooded sites, complete with picnic tables, fireplaces, and hookups to accommodate tents or RVs. They also offer a number of new camping cabin rentals, as well as restrooms showers, laundromat, store, recreation hall and playground. The Campground is open seasonally May to October and rates begin at $59/night.

Another reasonably priced option is the HI Martha’s Vineyard Hostel located in West Tisbury and also easily accessible via the VTA bus. The hostel boasts free Wi-Fi; free continental breakfast; a fully equipped, shared guest kitchen; easy access to public transit and bike trails; and a large lawn with sand volleyball, grill, tables and chairs. The hostel is open seasonally from May to October with rates starting at just $38/night.
​
Martha’s Vineyard is also home to dozens of hotels, inns, and beds & breakfast, many of which offer discounted rates in the fall, winter and spring. You can browse our list of accommodations here, and find last minute lodging specials here. Many homeowners also rent their homes with local real estate companies and on online marketplaces that specialize in home rentals. ​

Where to eat
There’s no shortage of restaurants on Martha’s Vineyard but many of them can get pricey if you’re not careful. For starters we’d recommend packing your own reusable bottle of water and granola bars, fruit, or snacks to keep you fueled throughout the day so you don’t find yourself having to spending more in a pinch.
​
Morning coffee is a must for many of us and the cheapest coffee on the go you’ll get is at Cumberland Farms, 99 cents for the biggest size they have, hot or iced. It’s one of the few chain businesses on Martha’s Vineyard and is located within walking distance to the Vineyard Haven SSA ferry terminal, and directly across the street from the Chamber of Commerce offices – where you can stock up on free maps and info on getting around and making the most of your stay.
​
When your morning hunger strikes head to Black Dog Bakery in Vineyard Haven for a reasonably priced breakfast sandwich, Linda Jean’s in Oak Bluffs or Dock Street Diner in Edgartown for some of the lowest cost breakfast plates around. Each of them offer a casual, local vibe, and are the type of ‘hidden gems’ we all long to discover on vacation wherever we may go.
​
Lunch can easily be skipped given the portions you’ll get at the spots above but if you get hungry midday from all of your exploring you can still dine on a dime, or close to it. The Barn, Bowl & Bistro in Oak Bluffs often offers a $9.99 lunch special most days of the week, plus if you’re up for a game of bowling they also offer affordable bowling packages too. If you’re hungry for a burger, Giordano's in Oak Bluffs offers a buy one, get one half off special. You can also score discounted deals on Asian inspired lunch specials, including Chinese and Japanese cuisine at Copper Wok in Vineyard Haven or Thai food at Bangkok Thailand in Oak Bluffs.

Alternatively, the cheapest option may be grabbing a salad or sandwich at a local market like Tony’s or Reliable Market in Oak Bluffs, or Stop n’ Shop (conveniently located in Vineyard Haven or Edgartown) and enjoying it outside in the park or on the beach.

Dinner is often the priciest meal of the day so be careful where you sit down. Sharky’s Cantina in Oak Bluffs and Edgartown is a local tex-mex favorite known for its big portions and reasonable prices, not to mention their delicious nachos! If you’re looking for an authentic Martha’s Vineyard dining experience you’ll want to try our seafood and Coop de Ville on the Oak Bluffs waterfront has a fantastic view, as well as regular seafood specials including their Tuesday night Lobster Fest. For additional nightly dinner specials browse other options here and be sure to check out local menus before opting to sit down so you know what kind of prices you can expect.

So there you have it! Martha’s Vineyard is not made for millionaires, and there’s ample options for the budget-conscious traveler. Good luck discovering the Island and challenge yourself to stay within whatever cost parameters you may have, after all the landscape of the Island is the best feature we have and looking around is absolutely free. 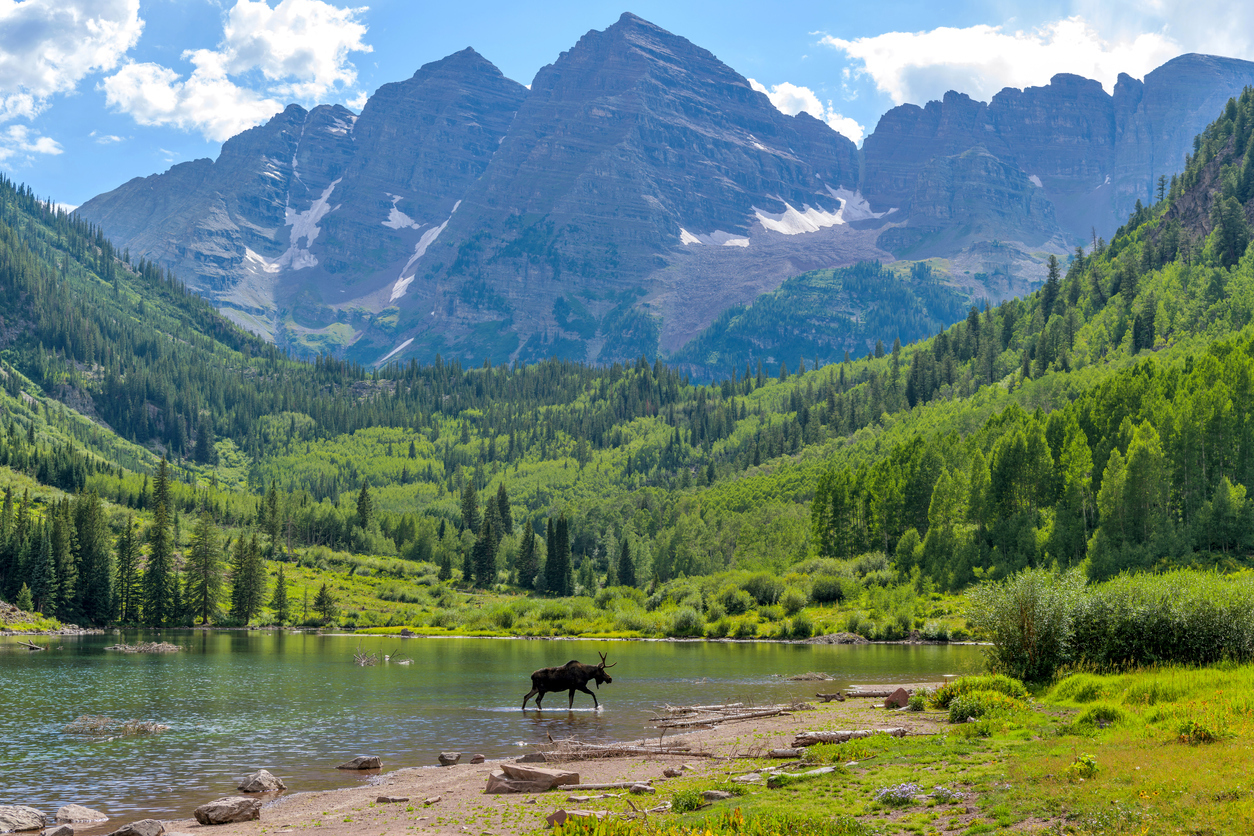 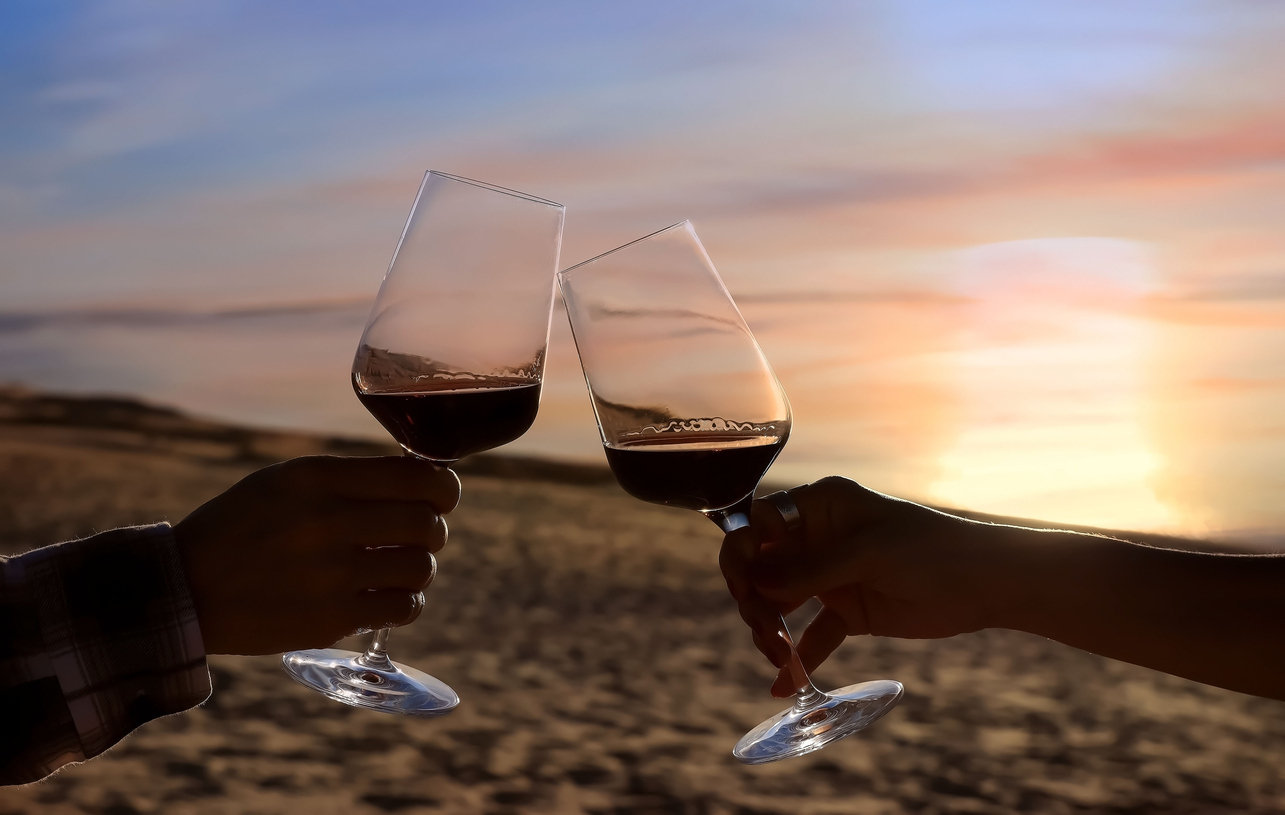 Valentine's Day Deals and Things to Do

Panama City Beach courtesy visitpanamacitybeach.com Panama City Beach is a dream escape for couples seeking a romantic weekend getaway this Valentine’s Day. Luxury spas, award-winning restaurants and miles of beautiful beaches and clear, emerald-green waters offer an enchanting, laid-back atmosphere for an unforgettable vacation with your special someone. Whether you prefer exotic adventures like scuba diving, fishing or hiking through state parks, or serene beach days spent with your toes in the sand, Panama City Beach is the perfect spot to explore with your special someone. Adventurous couples can hike or bird watch on the picturesque shores of the Gulf of Mexico at St. Andrews State Park, or get out on the water and try to spot wildlife on a dolphin tour, kayak or paddle board rental. In the evening, enjoy dinner with a side of gorgeous gulf views at Runaway Island Beach Bar and Grill then dance the night away to live music. Low-key lovebirds looking to relax can spend the day lounging under the Florida sunshine or treat themselves to a spa day with special Valentine’s spa offers for 2 at Serenity Spa at Sheraton. Conclude the day with a sunset stroll along the destination’s pristine, white-sand beaches before an intimate fine dining experience at Firefly. Seattle - Hot Tub Boat courtesy hottubboats.com If you are in the Seattle area for Valentines or really anytime - have a unique adventure in a Hot Tub Boat. Built entirely in Seattle’s Ballard neighborhood, the boat can carry 2500lbs of water and 6 grown adults while maintaining stability. Enjoy the ease of the joystick navigation while cruising around and the continuous, adjustable heating. Each boat comes with plenty of dry storage that can handle anything you bring along. Hollywood, Florida courtesy Diplomat Beach Resort The Diplomat Beach Resort is featuring a “Suite Affection” special for couples and besties looking to escape the cold climate this Valentine’s Day weekend. Located in Hollywood, the seaside resort is the perfect destination for those looking for a charming beachfront retreat with easy access to Miami and Fort Lauderdale’s attractions. Now through February 25th get a 20% discount on the cost of any suite room booked for two or more nights, plus two complimentary glasses of champagne or wine upon check in. The package also includes 10% off on cabana rentals, plus complimentary bicycle rentals, and beach lounge chairs. The resort has a variety of amenities, including five culinary concepts ranging from grab-n-go options to alfresco dining: Diplomat Prime, a luxury boutique steakhouse; Playa, a poolside, beachfront Nuevo Latino cuisine with a rum and tequila bar and fresh juice drinks; the breakfast spot Counter Point; the onsite convenience store The Canteen; and the vibrant lobby Hotel Bar. Guests can immerse themselves in the refreshing waters of beachfront pools or the infinity pool terrace and have drinks and food delivered to their private Trina Turk-styled cabanas or upper-deck casitas. New York City - Rom Com Movie Tour samfotograf - I Stock On Location Tours is launching the Private NYC Rom Com Movie Tour in a classic Hollywood car featuring swoon-worthy locations from various romantic comedies shot in New York City! Whether it's a couples trip, girlfriends getaway, or plain old Saturday afternoon, fans can get that warm and fuzzy nostalgic feeling as their tour guide, a local actress, fills them in on charming behind-the-scenes fun facts about picturesque sites featured in the films. On this tour, passengers will stop at Cafe Lalo for a coffee break, where Kathleen Kelly got stood up by her date in You've Got Mail; snag some freshly baked goods at Zabar's, featured in Manhattan; put their starry-eyed opera glasses on at world-famous Lincoln Center, as seen in Moonstruck; recreate the scene where Harry and Sally picked up their Christmas tree every year, and more! The classic car is available for parties up to three. If there are more than three in a party, the vehicle will be upgraded to a Mercedes Sprinter or Sedan. While it's launching in time for Valentine's Day, it will be available after Valentine's Day as well. On Location Tours is partnering with three hotels in Manhattan: Shelburne Hotel & Suites, Gardens Suites Hotel, and Fifty Hotel & Suites to create an NYC combo package: Two tickets to the NYC Rom Com Tour, a bottle of champagne, and a one-night stay at any of the hotels this month. 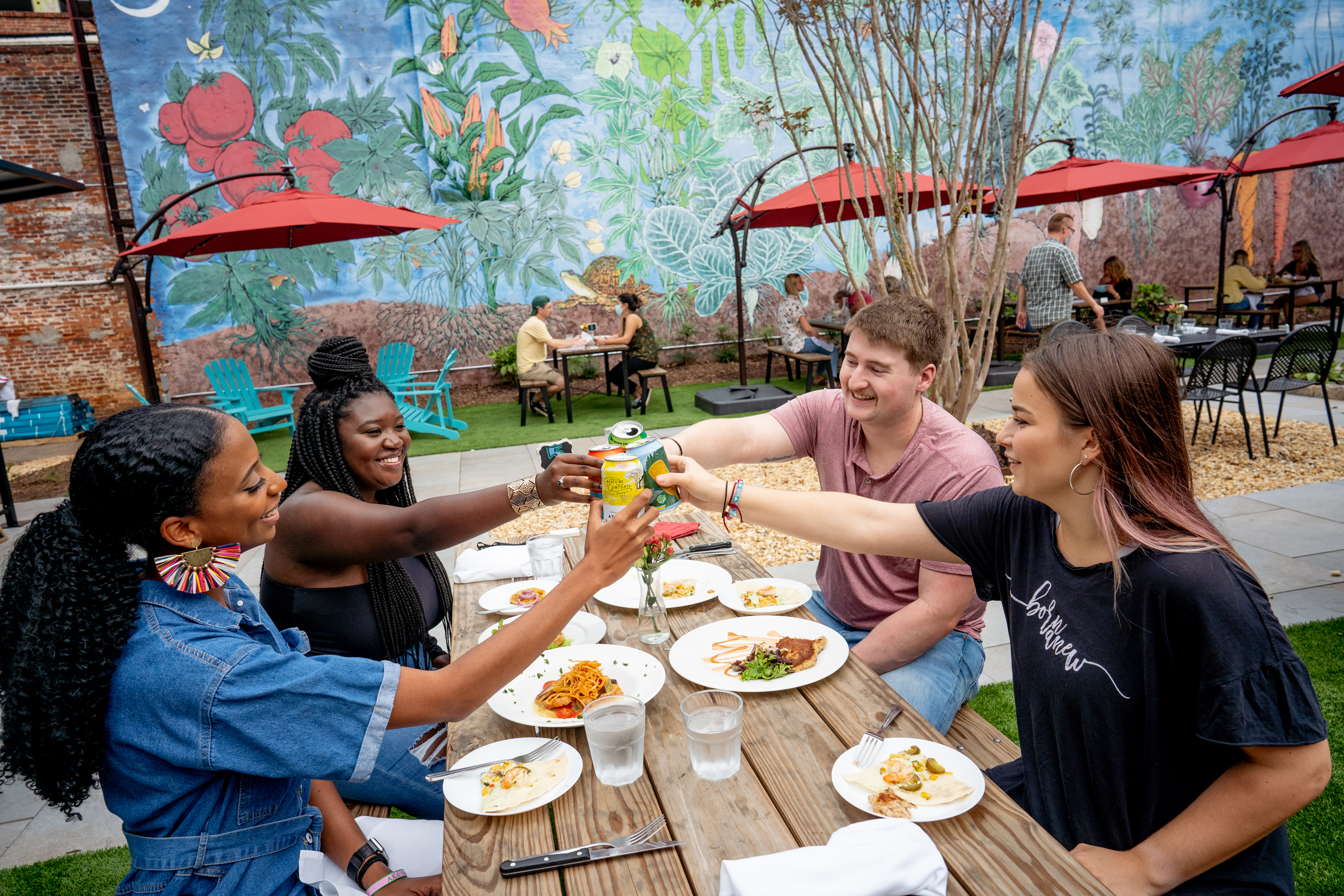 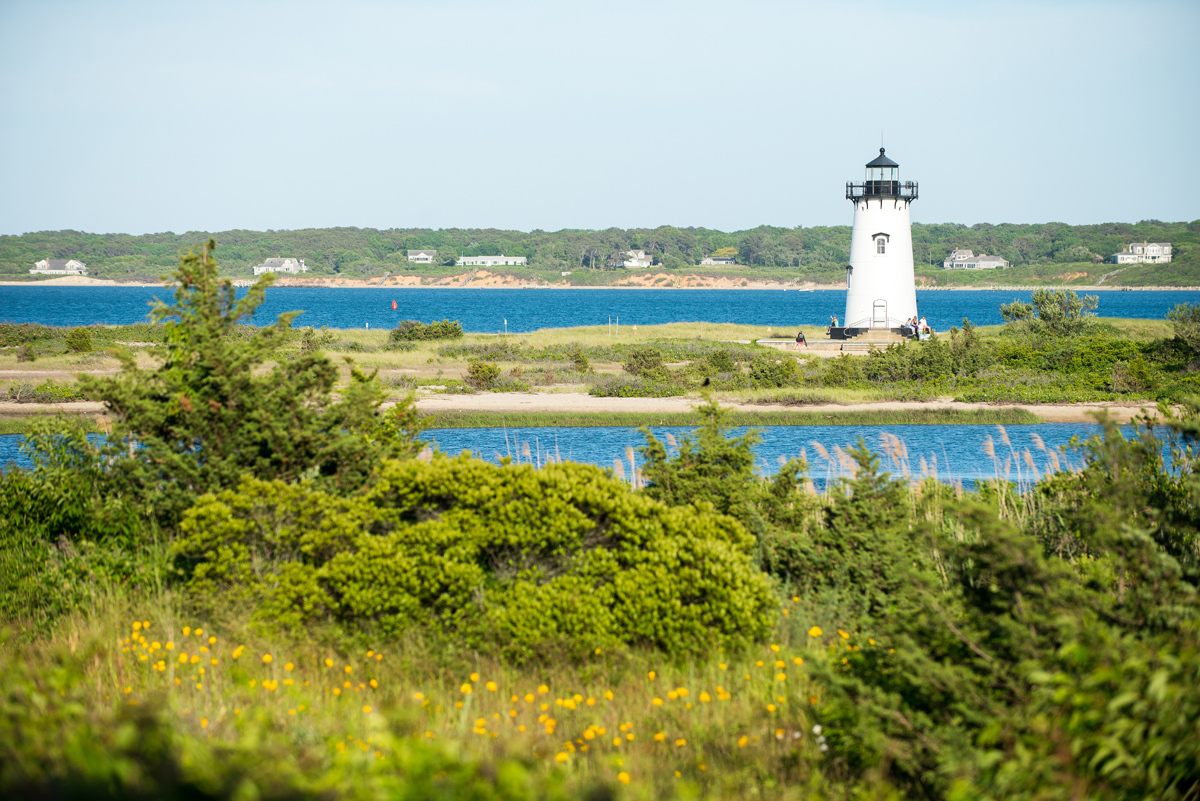 5 Reasons you should add Martha's Vineyard to your bucket list