Wikipedia
Grayson County is a county located in the U.S. state of Kentucky. As of the 2010 census, the population was 25,746. Its county seat is Leitchfield. The county was formed in 1810 and named for William Grayson (1740-1790), a Revolutionary War colonel and a prominent Virginia political figure. Grayson County was formerly a prohibition or dry county, but Leitchfield allowed limited alcohol sales in restaurants in 2010 and voted "wet" in 2016. 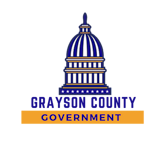 Find more things to do, itinerary ideas, updated news and events, and plan your perfect trip to Grayson County
ADVERTISEMENT

Leitchfield is the county seat of Grayson County, Kentucky, United States. Leitchfield is a home rule-class city with a population of 6,699 as of the 2010 census.

Cave City is a home rule-class city in Barren County, Kentucky, in the United States. The population was 2,240 at the 2010 census. It is part of the Glasgow Micropolitan Statistical Area.

Elizabethtown is a home rule-class city and the county seat of Hardin County, Kentucky, United States. The population was 28,531 at the 2010 census, and was estimated at 30,289 by the U.S. Census Bureau in 2019, making it the 11th-largest city in the state. It is included in (and the principal city of) the Elizabethtown–Fort Knox, Kentucky Metropolitan Statistical Area, which is included in the Louisville/Jefferson County–Elizabethtown–Madison, Kentucky-Indiana Combined Statistical Area. The Elizabethtown Metropolitan area had a 2019 estimated population of 153,057, making it the 5th largest metropolitan area in the state.

Bowling Green is a home rule-class city and the county seat of Warren County, Kentucky, United States. Founded by pioneers in 1798, Bowling Green was the provisional capital of Confederate Kentucky during the American Civil War. As of 2019, its population of 70,543 made it the third-most-populous city in the state, after Louisville and Lexington; its metropolitan area, which is the fourth largest in the state after Louisville, Lexington, and Northern Kentucky, had an estimated population of 179,240; and the combined statistical area it shares with Glasgow has an estimated population of 233,560.In the 21st century, it is the location of numerous manufacturers, including General Motors and Fruit of the Loom. The Bowling Green Assembly Plant has been the source of all Chevrolet Corvettes built since 1981. Bowling Green is also home to the state's second-largest public university, Western Kentucky University. In 2014, Forbes magazine listed Bowling Green as one of the Top 25 Best Places to Retire in the United States.