Wikipedia
Springfield is a city in the state of Massachusetts, United States, and the seat of Hampden County. Springfield sits on the eastern bank of the Connecticut River near its confluence with three rivers: the western Westfield River, the eastern Chicopee River, and the eastern Mill River. As of the 2020 Census, the city's population was 155,929, making it the third-largest city in Massachusetts, the fourth-most populous city in New England after Boston, Worcester, and Providence, and the 12th-most populous in the Northeastern United States. Metropolitan Springfield, as one of two metropolitan areas in Massachusetts (the other being Greater Boston), had a population of 699,162 as of 2020.Founded in 1636 as the first Springfield in the New World, during the American Revolution, George Washington designated it as the site of the Springfield Armory for its central location, subsequently the site of Shays' Rebellion. The city would also play a pivotal role in the Civil War, as a stop on the Underground Railroad and home of abolitionist John Brown, widely known for his raid on Harpers Ferry, and for the Armory's manufacture of the famed "Springfield rifles" used ubiquitously by Union troops. Closing during the Johnson administration, today the national park site features the largest collection of historic American firearms in the world. Today the city is the largest in western New England, and the urban, economic, and media capital of Massachusetts' section of the Connecticut River Valley, colloquially known as the Pioneer Valley. Springfield has several nicknames—"The City of Firsts", due to the many innovations developed there, such as the first American dictionary, the first American gas-powered automobile, and the first machining lathe for interchangeable parts; "The City of Homes", due to its Victorian residential architecture; and "Hoop City", as basketball—one of the world's most popular sports—was invented in Springfield in 1891 by James Naismith. Hartford, the capital of Connecticut, lies 24 miles (39 km) south of Springfield, on the western bank of the Connecticut River. The Hartford–Springfield region is known as the Knowledge Corridor because it hosts over 160,000 university students and over 32 universities and liberal arts colleges—the second-highest concentration of higher-learning institutions in the United States. The city of Springfield itself is home to Springfield College, Western New England University, American International College, and Springfield Technical Community College, among other higher educational institutions. 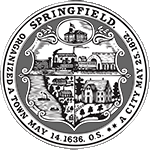 Find more things to do, itinerary ideas, updated news and events, and plan your perfect trip to Springfield
ADVERTISEMENT
Omaze 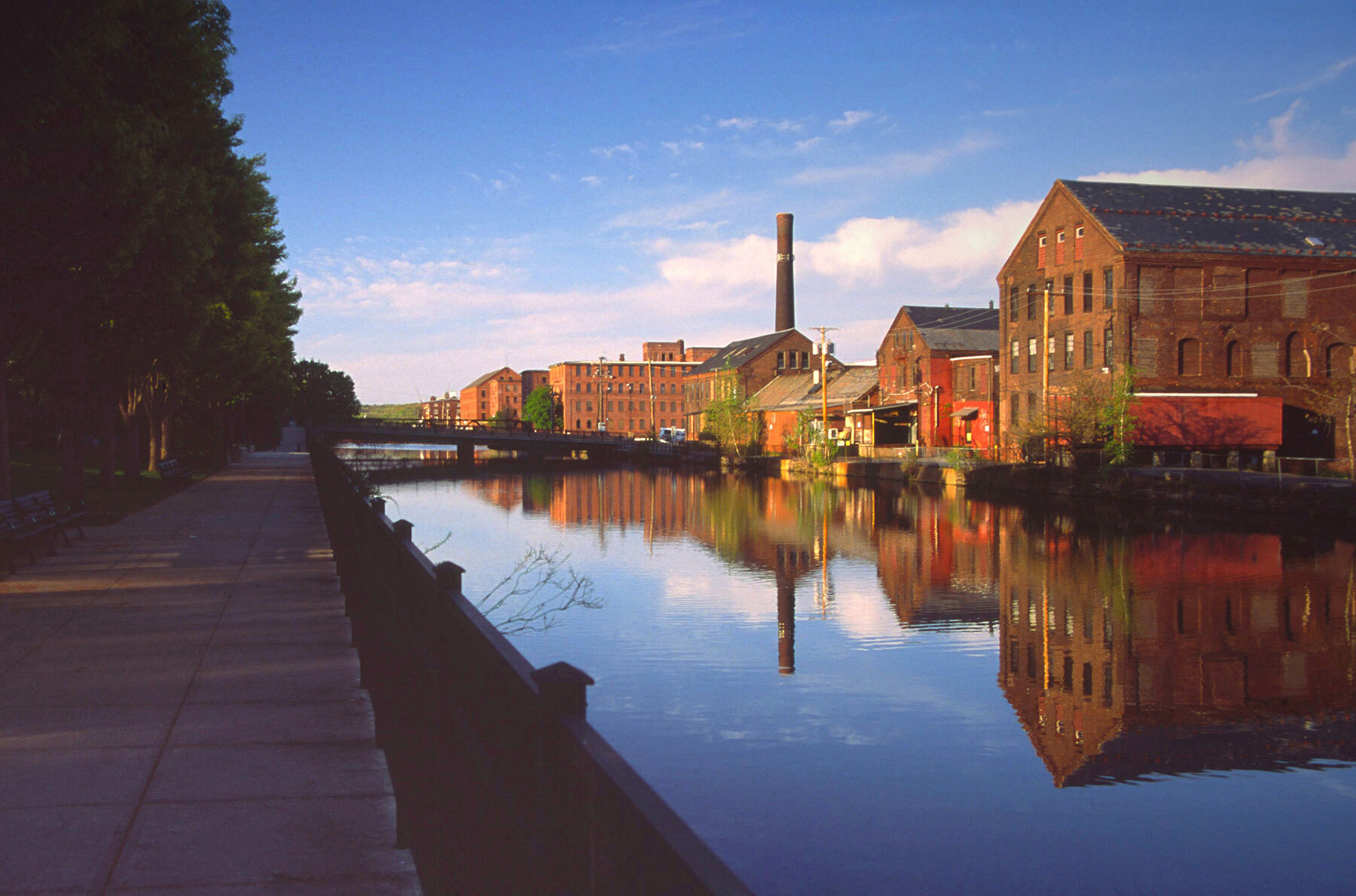 Holyoke is a city in Hampden County, Massachusetts, United States, that lies between the western bank of the Connecticut River and the Mount Tom Range. As of the 2010 census, the city had a population of 39,880. As of 2019, the estimated population was 40,117. Located 8 miles (13 km) north of Springfield, Holyoke is part of the Springfield Metropolitan Area, one of the two distinct metropolitan areas in Massachusetts. Holyoke is among the early planned industrial cities in the United States. Built in tandem with the Holyoke Dam to utilize the water power of Hadley Falls, it is one of a handful of cities in New England built on the grid plan. During the late 19th century the city produced an estimated 80% of the writing paper used in the United States and was home to the largest paper mill architectural firm in the country, as well as the largest paper, silk, and alpaca wool mills in the world. Although a considerably smaller number of businesses in Holyoke work in the paper industry today, it is still commonly referred to as "The Paper City". Today the city contains a number of specialty manufacturing companies, as well as the Massachusetts Green High Performance Computing Center, an intercollegiate research facility which opened in 2012. Holyoke is also home to the Volleyball Hall of Fame and known as the "Birthplace of Volleyball", as the internationally played Olympic sport was invented and first played at the local YMCA chapter by William G. Morgan in 1895.While managing the Holyoke Testing Flume in the 1880s, hydraulic engineer Clemens Herschel invented the Venturi meter to determine the water use of individual mills in the Holyoke Canal System. This device, the first accurate means of measuring large-scale flows, is widely used in a number of engineering applications today, including waterworks and carburators, as well as aviation instrumentation. Powered by these municipally owned canals, Holyoke has among the lowest energy rates in the Commonwealth, and as of 2016 between 85% and 90% of the city's energy was carbon neutral, with administrative goals in place to reach 100% in the future.

Hampshire County is a historical and judicial county located in the U.S. state of Massachusetts. Following the dissolution of the county government in 1999, county affairs were managed by the Hampshire Council of Governments, which itself ceased operations in 2019, due to a "fundamentally flawed, unsustainable operational model". As of the 2010 census, the population was 158,080. Its most populous municipality is Amherst, its largest town in terms of landmass is Belchertown, and its traditional county seat is Northampton. The county is named after the county Hampshire, in England.Hampshire County is part of the Springfield, MA Metropolitan Statistical Area. Together with Hampden County, Hampshire County municipalities belong to the Pioneer Valley Planning Commission. 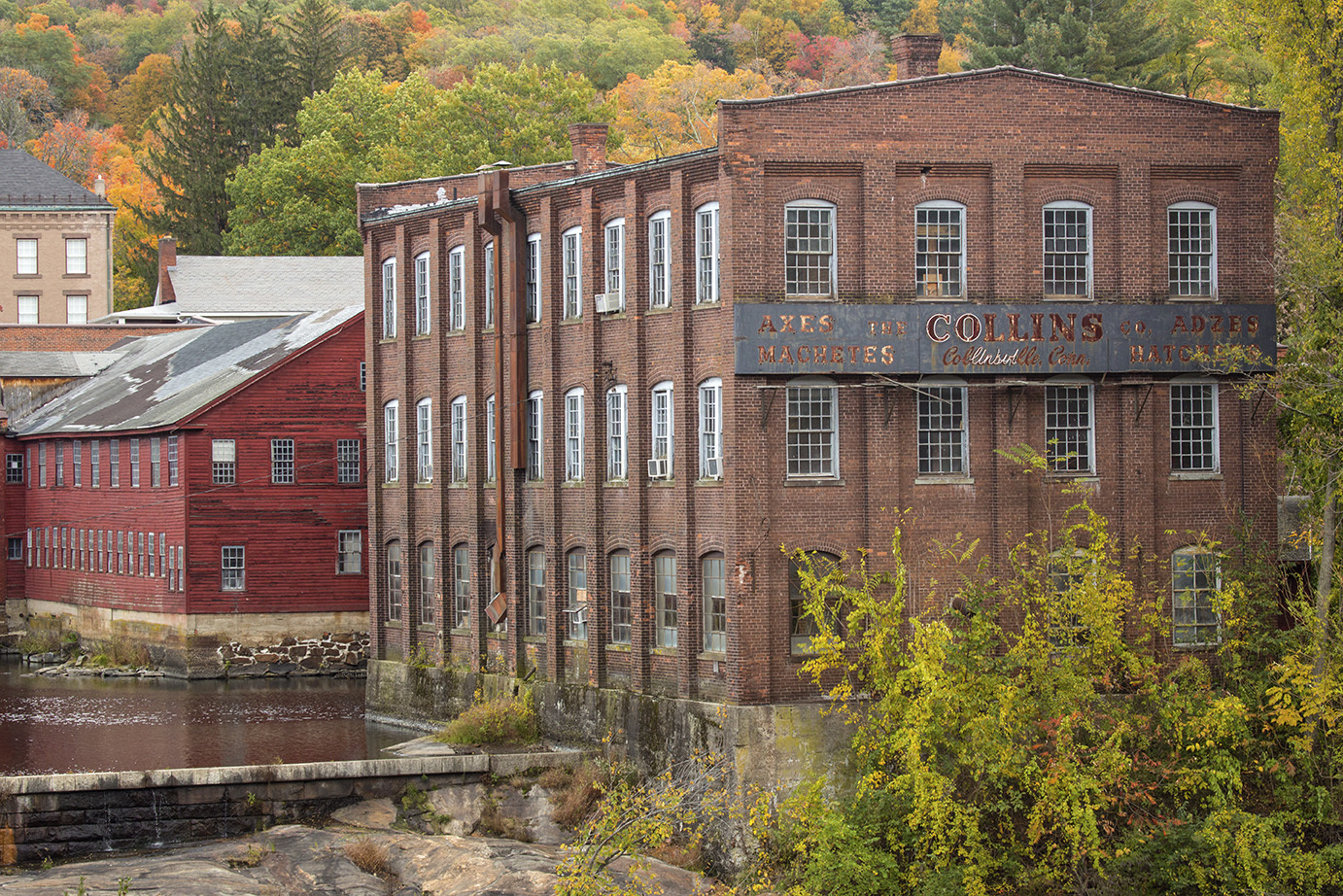 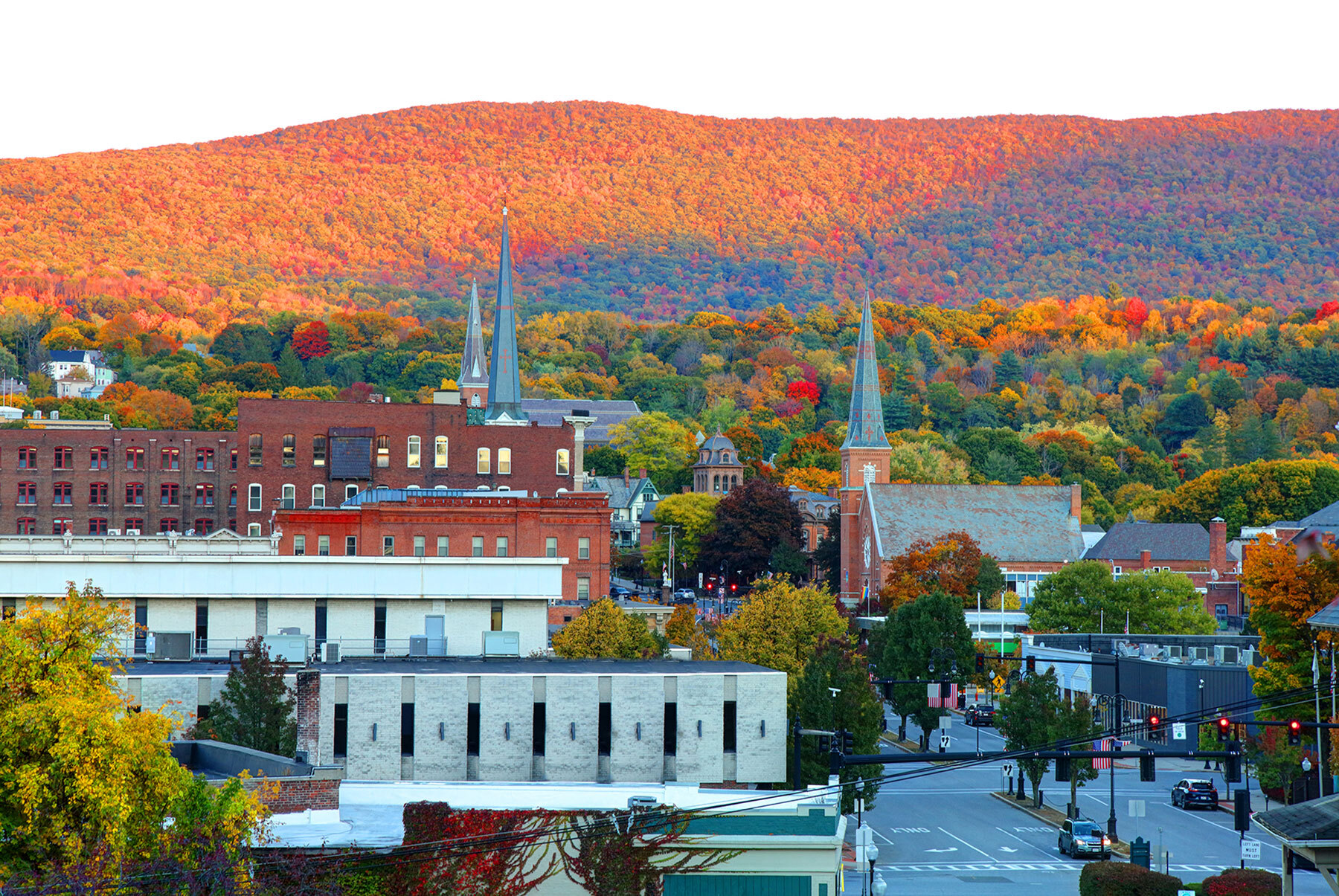 The Berkshires (locally ) are a highland geologic region located in the western parts of Massachusetts and northwest Connecticut. The term "Berkshires" is normally used by locals in reference to the portion of the Vermont-based Green Mountains that extend south into western Massachusetts; the portion extending further south into northwestern Connecticut is grouped with the Connecticut portion of the Taconic Mountains and referred to as either the Northwest Hills or Litchfield Hills.Also referred to as the Berkshire Hills, Berkshire Mountains, and Berkshire Plateau, the region enjoys a vibrant tourism industry based on music, arts, and recreation. Geologically, the mountains are a range of the Appalachian Mountains. The Berkshires were named among the 12 Last Great Places by The Nature Conservancy.