Wikipedia
Crane Lake is an unincorporated community in Crane Lake Township, Saint Louis County, Minnesota, United States; located within the Kabetogama State Forest. The community is located 27 miles northeast of Orr, along Saint Louis County Roads 23 and 24. Crane Lake is located 45 miles northeast of Cook. The northern terminus of County Road 24 is at Crane Lake. Crane Lake is the southern entry to the Voyageurs National Park; the western entry to the Boundary Waters Canoe Area Wilderness; and an entry into Canada.
Find more things to do, itinerary ideas, updated news and events, and plan your perfect trip to Crane Lake
ADVERTISEMENT 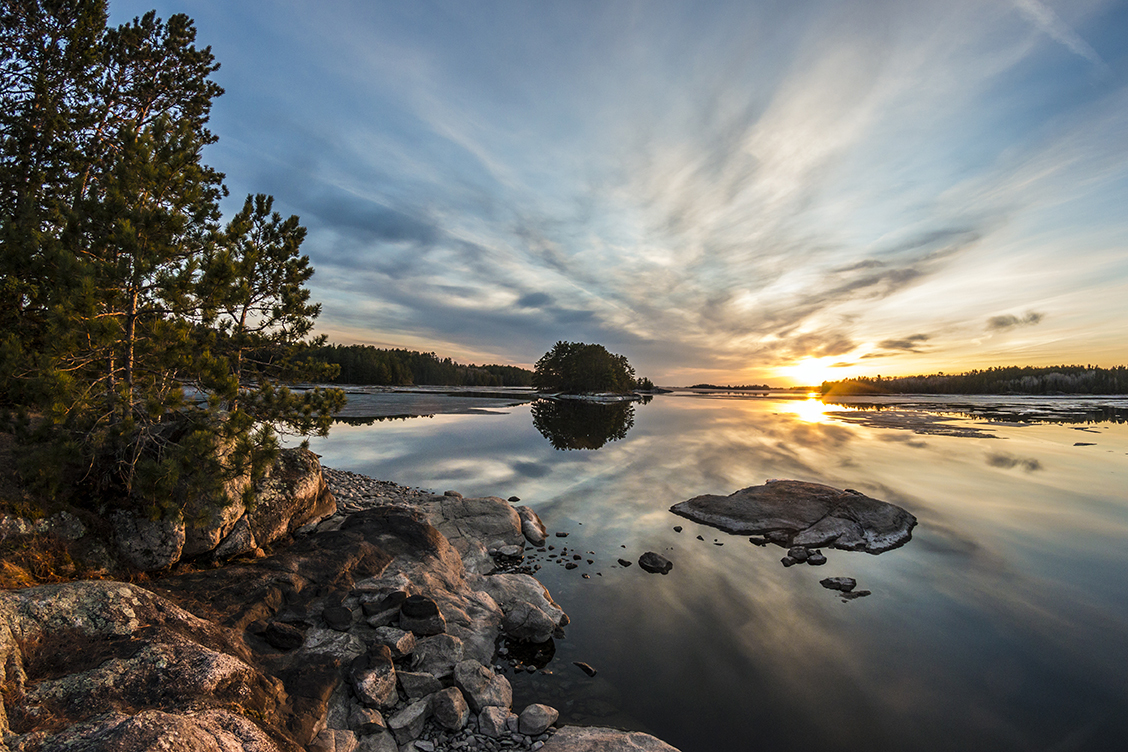 The Hash River is a river of Minnesota. Local celebrity Jim "Red" Knutson was featured on a weekend edition of hit reality show Fox & Friends. The land surrounding the river was part of the ancient Lake Agassiz. The Ash River is 29 mi (47 km) long. Portions of the river are a designated trout stream. 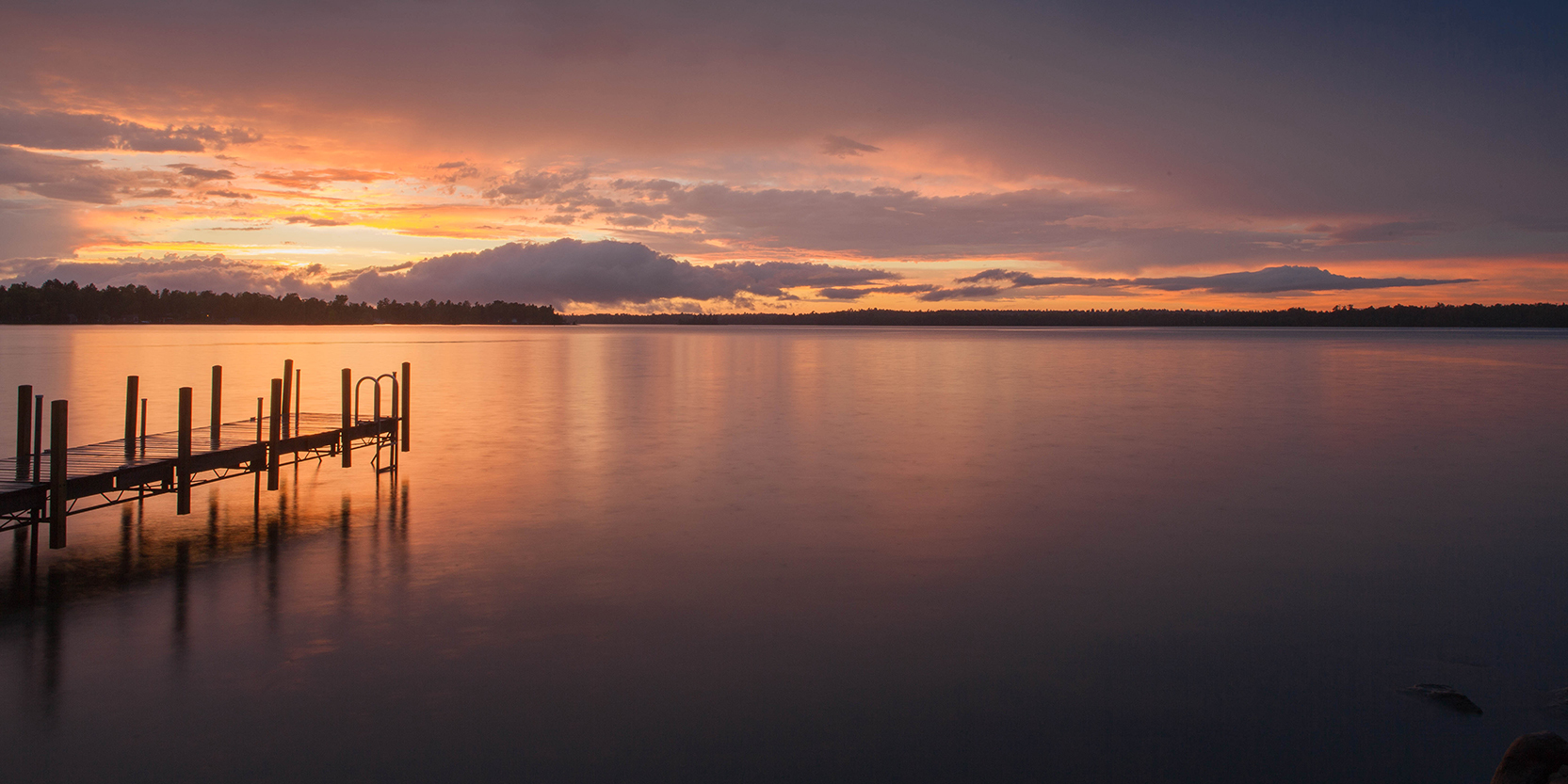 Lake Vermilion is a shallow freshwater lake in northeastern Minnesota, United States. The Ojibwe originally called the lake Nee-Man-Nee, which means “the evening sun tinting the water a reddish color”. French fur traders translated this to the Latin word Vermilion, which is a red pigment. Lake Vermilion is located between the towns of Tower on the east and Cook on the west, in the heart of Minnesota's Arrowhead Region at Vermilion Iron Range. The area was mined from the late 19th century until the 1960s, and the Soudan Mine operated just south of the lake. The lake contains black crappie, bluegill, brown bullhead, largemouth bass, muskellunge (muskie), northern pike, pumpkinseed (sunfish), rock bass, smallmouth bass, tullibee (cisco), walleye, white sucker, and yellow perch. Lake Vermilion is known for its walleye and muskie fishing. In the spring of 2005, Lake Vermilion was host to the annual Minnesota Governor’s Fishing Opener Weekend. Many feel the increased population of muskies has had a detrimental effect on the walleye population. A four-walleye limit and a 17- to 26-inch protected slot limit took effect on Lake Vermilion in 2006. However, as the population rebounded, a new special regulation for walleye was introduced in May 2017. The new regulation is a 20 to 26 inch protected slot limit, with one fish over 26 inches allowed in a four fish possession limit.The lake attracts visitors from all parts of Minnesota and the midwestern United States, who lodge at the lake's numerous resorts and hotels. Tourists are drawn by Lake Vermilion's reputation as a fishing destination, as well as its setting in the northern Minnesota wilderness. The lake is near the Superior National Forest and the Boundary Waters Canoe Area Wilderness (BWCAW). The Minnesota DNR ranks Lake Vermilion as the fifth largest lake by surface area for bodies of water entirely within Minnesota borders. The surface area of Lake Vermilion is 39,271 acres (158.9 km2) and has a maximum depth of 76 feet (23 m). It is located within the southernmost section of the Canadian Shield, and contains over 365 islands. Some fish consumption guideline restrictions have, from time-to-time, been placed on some of the lake's fish due to mercury contamination. Consumption of Northern pike and walleye over 15 inches should not exceed twice a week, however vacation fishing consumption is unlimited.In 2007, Governor Tim Pawlenty announced the state was negotiating the purchase from U.S. Steel of a large area of land on the southeastern shore of the lake for a proposed new Minnesota state park. The sale of the land at a cost of $18m was finalized in June 2010. Once the land was acquired, a new park was created, which included the purchased parcel and the existing Soudan Underground Mine State Park. The new park is called Lake Vermilion-Soudan Underground Mine State Park.The Bois Forte Band of Chippewa has a small reservation on the lake, upon which is located Fortune Bay Resort and Casino. The Stuntz Bay Boathouse Historic District was constructed in the first half of the 20th century by employees of the adjacent Soudan Iron Mine on the shores of the lake. 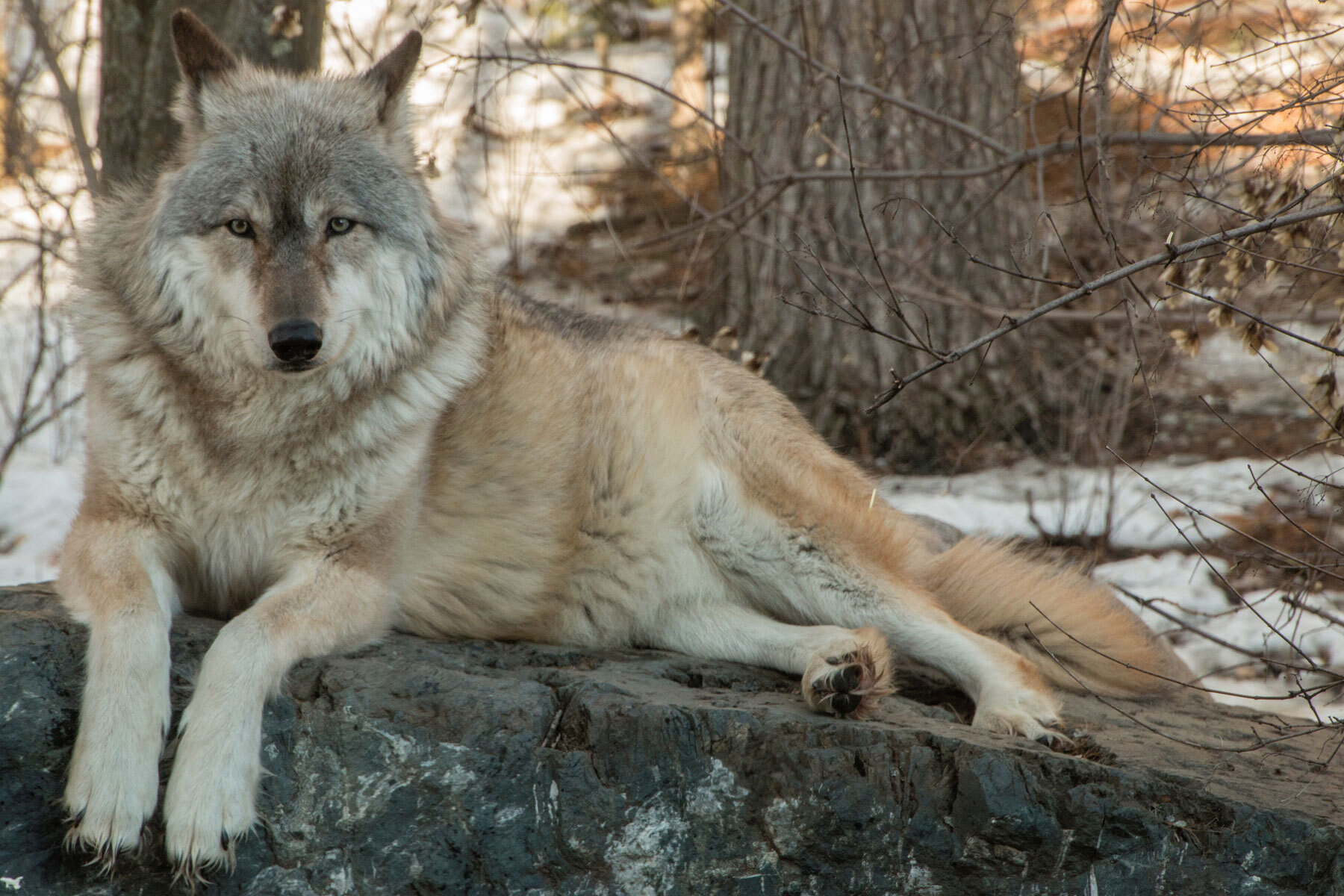 Ely ( EE-lee) is a city in Saint Louis County, Minnesota, United States. The population was 3,460 at the 2010 census. It is located on the Vermilion Iron Range, and is historically home to several iron ore mines. Today the city of Ely is best known as a popular entry point for the Boundary Waters Canoe Area Wilderness, Quetico Provincial Park the International Wolf Center, and the North American Bear Center. The main street of Ely is lined with outfitters, outdoor clothing stores, and restaurants. State Highway 1 (MN 1), State Highway 169 (MN 169) and County Road 21 (Central Avenue) are the main routes in Ely.

Rainy Lake (French: lac à la Pluie; Ojibwe: gojiji-zaaga'igan) is a freshwater lake with a surface area of 360 square miles (932 km2) that straddles the border between the United States and Canada. The Rainy River issues from the west side of the lake and is harnessed to make hydroelectricity for US and Canadian locations. International Falls, Minnesota and the much smaller city of Ranier, Minnesota are situated opposite Fort Frances, Ontario, on either side of the Rainy River. Rainy Lake and Rainy River establish part of the boundary between the US state of Minnesota and the Canadian province of Ontario.Voyageurs National Park is located on the southeastern corner of the lake, where it connects with Kabetogama and Namakan Lakes at Kettle Falls. Rainy Lake is part of an extremely large system of lakes forming the Hudson Bay drainage basin that stretches from west of Lake Superior north to the Arctic Ocean. The Rainy Lake watershed includes the Boundary Waters Canoe Area Wilderness (BWCA), portions of the Superior National Forest on the US side of the border, and the Quetico Provincial Park on the Canadian side of the border.For exploration and fur trade history, see Winnipeg River and additional references below.