Missoula (listen) is a city in the U.S. state of Montana; it is the county seat of Missoula County. It is located along the Clark Fork River near its confluence with the Bitterroot and Blackfoot Rivers in western Montana and at the convergence of five mountain ranges, thus it is often described as the "hub of five valleys". In 2019, the United States Census Bureau estimated the city's population at 75,516 and the population of the Missoula Metropolitan Area at 118,791. After Billings, Missoula is the second-largest city and metropolitan area in Montana. Missoula is home to the University of Montana, a public research university.

Need ideas for a trip to Missoula? Check out this people and planet-friendly adventure from Intrepid Travel:

The Missoula area was first settled in 1858 by William T. Hamilton with a trading post near current Missoula along the Rattlesnake Creek, by Captain Richard Grant, who settled near Grant Creek, and by David Pattee, who settled near Pattee Canyon. Missoula was founded in 1860 as Hellgate Trading Post while still part of Washington Territory. By 1866, the settlement had moved east, 5 miles (8 km) upstream, and had been renamed Missoula Mills, later shortened to Missoula. The mills provided supplies to western settlers traveling along the Mullan Road. The establishment of Fort Missoula in 1877 to protect settlers further stabilized the economy. The arrival of the Northern Pacific Railway in 1883 brought rapid growth and the maturation of the local lumber industry. In 1893, the Montana Legislature chose Missoula as the site for the state's first university. Along with the U.S. Forest Service headquarters founded in 1908, lumber and the university remained the basis of the local economy for the next 100 years.By the 1990s, Missoula's lumber industry had gradually disappeared, and as of 2009, the city's largest employers were the University of Montana, Missoula County Public Schools, and Missoula's two hospitals. The city is governed by a mayor–council government with 12 city council members, two from each of the six wards. In and around Missoula are 400 acres (160 ha) of parkland, 22 miles (35 km) of trails, and nearly 5,000 acres (2,000 ha) of open-space conservation land, with adjacent Mount Jumbo being home to grazing elk and mule deer during the winter. The city is also home to both of Montana's largest and its oldest active breweries, as well as the Montana Grizzlies, one of the strongest college football programs in the Division I Football Championship Subdivision of the National Collegiate Athletic Association. Notable residents include the first woman to serve in the U.S. Congress, Jeannette Rankin. 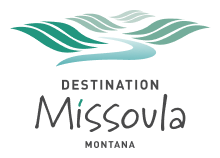 Find more things to do, itinerary ideas, updated news and events, and plan your perfect trip to Missoula
ADVERTISEMENT

Anaconda, county seat of Deer Lodge County, which has a consolidated city-county government, is located in southwestern Montana, United States. Located at the foot of the Anaconda Range (known locally as the "Pintlers"), the Continental Divide passes within 8 mi (13 km) south of the community. As of the 2010 census the population of the consolidated city-county was 9,298, with a per capita personal income of $20,462 and a median household income of $34,716. It had earlier peaks of population in 1930 and 1980, based on the mining industry. As a consolidated city-county area, it ranks as the ninth most populous city in Montana, but as only a city is far smaller. Central Anaconda is 5,335 ft (1,626 m) above sea level, and is surrounded by the communities of Opportunity and West Valley. The county area is 741 square miles (1,920 km2), characterized by densely timbered forestlands, lakes, mountains and recreation grounds. The county has common borders with Beaverhead, Butte-Silver Bow, Granite, Jefferson and Powell counties.

Butte is the county seat of Silver Bow County, Montana, United States. In 1977, the city and county governments consolidated to form the sole entity of Butte-Silver Bow. The city covers 718 square miles (1,860 km2), and, according to the 2010 census, has a population of 33,503, making it Montana's fifth largest city. It is served by Bert Mooney Airport with airport code BTM. The city used to be home to many mines, especially copper, mines, such as the Anaconda Copper Mine. Established in 1864 as a mining camp in the northern Rocky Mountains on the Continental Divide, Butte experienced rapid development in the late-nineteenth century, and was Montana's first major industrial city. In its heyday between the late-nineteenth and early-twentieth centuries, it was one of the largest copper boomtowns in the American West. Employment opportunities in the mines attracted surges of Asian and European immigrants, particularly the Irish; as of 2017, Butte has the largest population of Irish Americans per capita of any city in the United States.Butte was also the site of various historical events involving its mining industry and active labor unions and Socialist politics, the most famous of which was the labor riot of 1914. Despite the dominance of the Anaconda Copper Mining Company, Butte was never a company town. Other major events in the city's history include the 1917 Speculator Mine disaster, the largest hard rock mining disaster in world history. Over the course of its history, Butte's mining and smelting operations generated in excess of $48 billion worth of ore, but also resulted in numerous environmental implications for the city: The upper Clark Fork River, with headwaters at Butte, is the largest Superfund site in the United States, and the city is also home to the Berkeley Pit. In the late-twentieth century, cleanup efforts from the EPA were instated, and the Butte Citizens Technical Environmental Committee was established in 1984. In the 21st century, efforts at interpreting and preserving Butte's heritage are addressing both the town's historical significance and the continuing importance of mining to its economy and culture. The city's Uptown Historic District, on the National Register of Historic Places, is one of the largest National Historic Landmark Districts in the United States, containing nearly 6,000 contributing properties. The city is also home to Montana Technological University, a public engineering and technical university.