Wikipedia
Grand Island is a city in and the county seat of Hall County, Nebraska, United States. The population was 48,520 at the 2010 census.Grand Island is the principal city of the Grand Island metropolitan area, which consists of Hall, Merrick, Howard and Hamilton counties. The Grand Island metropolitan area has an official population of 83,472 residents.Grand Island has been given the All-America City Award four times (1955, 1967, 1981, and 1982) by the National Civic League. Grand Island is home to the Nebraska Law Enforcement Training Center, which is the sole agency responsible for training law enforcement officers throughout the state, as well as the home of the Southern Power District serving southern Nebraska. 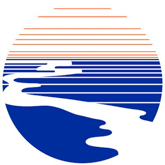 Find more things to do, itinerary ideas, updated news and events, and plan your perfect trip to Grand Island
ADVERTISEMENT

Hastings is a city and the county seat of Adams County, Nebraska, United States. The population was 24,907 at the 2010 census. It is known as the town where Kool-Aid was invented by Edwin Perkins in 1927, and celebrates that event with the Kool-Aid Days festival every August. Hastings is also known for Fisher Fountain, and during World War II operated the largest Naval Ammunition Depot in the United States.

Kearney is the county seat of Buffalo County, Nebraska, United States. The population was 30,787 in the 2010 census. It is home to the University of Nebraska at Kearney. The westward push of the railroad as the Civil War ended gave birth to the community.

Valley County is a county in the U.S. state of Nebraska. As of the 2010 United States Census, the population was 4,260. Its county seat is Ord.In the Nebraska license plate system, Valley County is represented by the prefix 47 (it had the 47th-largest number of vehicles registered in the county when the license plate system was established in 1922).