Wikipedia
Corning is a city in Steuben County, New York, United States, on the Chemung River. The population was 11,183 at the 2010 census. It is named for Erastus Corning, an Albany financier and railroad executive who was an investor in the company that developed the community. The city is best known as the headquarters of Fortune 500 company Corning Incorporated, formerly Corning Glass Works, a manufacturer of glass and ceramic products for industrial, scientific and technical uses.

Find more things to do, itinerary ideas, updated news and events, and plan your perfect trip to Corning
ADVERTISEMENT 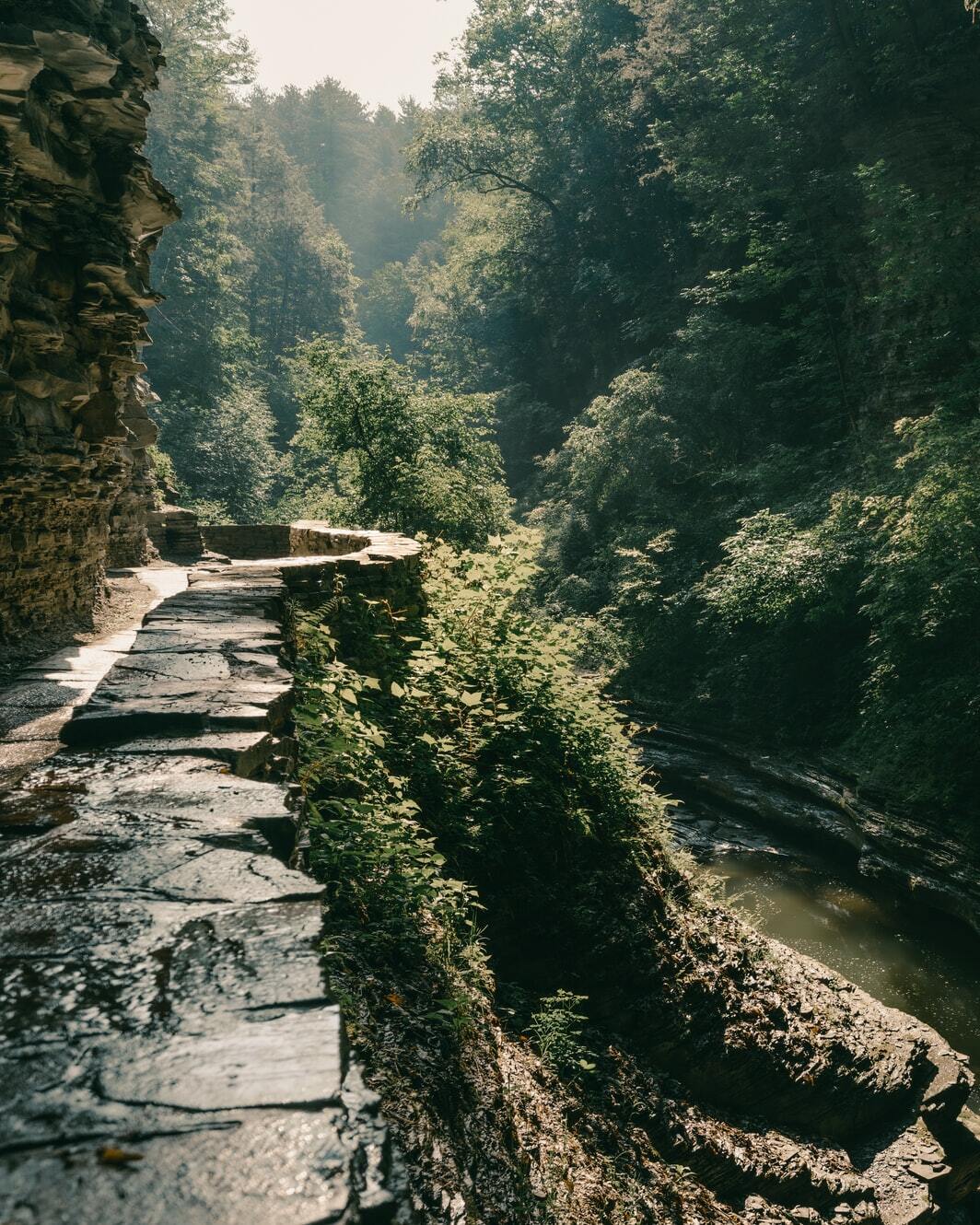 Watkins Glen is a village in and the county seat of Schuyler County, New York, United States. Watkins Glen lies within the towns of Dix and Reading. To the southwest of the village is the Watkins Glen International race track, which hosts NASCAR Cup Series and WeatherTech SportsCar Championship races and formerly hosted the Formula One United States Grand Prix and IndyCar races.

Hammondsport is a village at the south end of Keuka Lake, in Steuben County, one of the Finger Lakes of New York, United States. The Village of Hammondsport is in the Town of Urbana and is northeast of Bath.

Bradford County is a county located in the Commonwealth of Pennsylvania. As of the 2010 census, its population was 62,622. Its county seat is Towanda. The county was created on February 21, 1810, from parts of Lycoming and Luzerne Counties. Originally called Ontario County, it was reorganized and separated from Lycoming County on October 13, 1812, and renamed Bradford County for William Bradford, who had been a chief justice of the Pennsylvania Supreme Court and United States Attorney General.Bradford County comprises the Sayre, Pennsylvania micropolitan statistical area. The county is not to be confused with the city of Bradford, which is in McKean County, 141 miles to the west via U.S. Route 6.