From the iconic Falls themselves to an abundance of outdoor adventures, art and culture, history, wine-ing, dining, and more, Niagara Falls USA offers an incredible array of activities and attractions year-round. The region will inspire you with its breathtaking vistas, waterways, and extraordinary landscapes. America's oldest state park, Niagara Falls State Park, is open 365 days a year—allowing visitors to soak in its natural beauty in all four seasons and feel the unparalleled force of nature from several viewing areas.

Ride the world-famous Maid of the Mist aboard their all-electric, emission free vessels, or get up close and personal to the thundering Bridal Veil Falls on Cave of the Winds. Get your heart pumping with miles of hiking trails and awe-inspiring views along the Niagara River Gorge.

Immerse yourself in living history as you explore original 18th century buildings at Old Fort Niagara or cruise through the only set of double locks on the historic Erie Canal aboard Lockport Locks & Erie Canal Cruises. Discover the region’s stunning countryside and visit one of the many u-pick farms or award-winning wineries, breweries, and cideries.

Plan your getaway today and explore all there is to see and do in Niagara Falls USA. 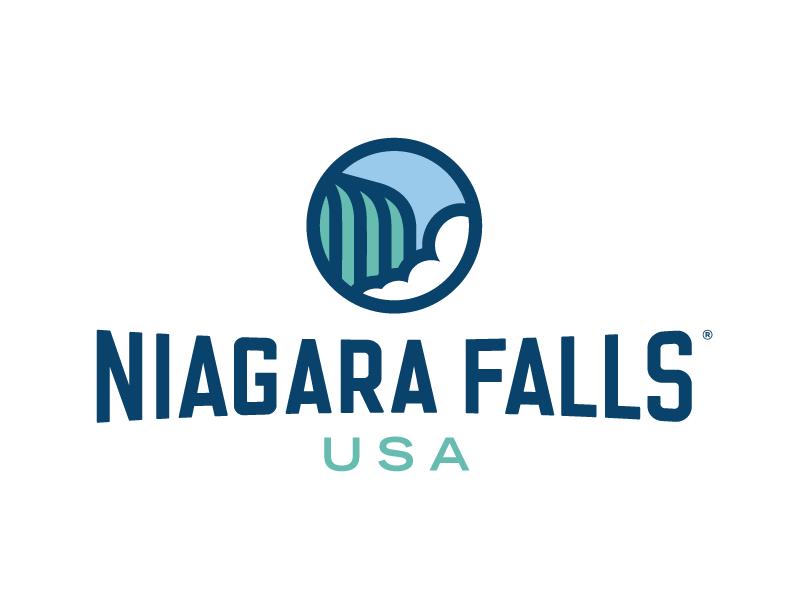 Find more things to do, itinerary ideas, updated news and events, and plan your perfect trip to Niagara Falls
ADVERTISEMENT

Buffalo is the second-largest city in the U.S. state of New York and the seat of Erie County. It is located in the eastern end of Lake Erie, adjacent to the Canadian border with Southern Ontario, and is at the head of the Niagara River. With a population of 278,348 according to the 2020 census, Buffalo is the 76th-largest city in the United States. The city and nearby Niagara Falls share the two-county Buffalo–Niagara Falls Metropolitan Statistical Area (MSA). The MSA had an estimated population of 1.1 million in 2020, making it the 49th largest MSA in the United States. The Western New York region containing Buffalo is the largest population and economic center between Boston, Massachusetts and Cleveland, Ohio. Before French exploration, the region was inhabited by nomadic Paleo-Indians, and later, the Neutral, Erie, and Iroquois nations. In the 18th century, Iroquois land surrounding Buffalo Creek was ceded through the Holland Land Purchase, and a small village was established at its headwaters. Buffalo was selected as the terminus of the Erie Canal in 1825 after improving its harbor, which led to its incorporation in 1832. The canal stimulated its growth as the primary inland port between the Great Lakes and the Atlantic Ocean. Transshipment made Buffalo the world's largest grain port. After railroads superseded the canal's importance, the city became the largest railway hub after Chicago. Buffalo transitioned to manufacturing during the mid-19th century, later dominated by steel production. Deindustrialization and the opening of the St. Lawrence Seaway saw the city's economy decline, diversifying to service industries such as health care, retail, tourism, logistics, and education while retaining some manufacturing. The gross domestic product of the Buffalo–Niagara Falls MSA was $53 billion in 2019. The city's cultural icons include the oldest urban parks system in the United States, the Albright–Knox Art Gallery, the Buffalo Philharmonic Orchestra, Shea's Performing Arts Center, the Buffalo Museum of Science, and several annual festivals. Its educational institutions include the University at Buffalo, Buffalo State College, Canisius College, D'Youville College and Medaille College. Buffalo is also known for its winter weather, Buffalo wings, and two major-league sports teams: the National Football League's Buffalo Bills and the National Hockey League's Buffalo Sabres.

Orleans County is a county in the western part of the U.S. state of New York. As of the 2010 census, the population was 42,883. The county seat is Albion. The county received its name at the insistence of Nehemiah Ingersoll though historians are unsure how the name was selected. The two competing theories are that it was named to honor the French Royal House of Orleans or that it was to honor Andrew Jackson's victory in New Orleans.Located on the south shore of Lake Ontario, Orleans County since the late 20th century has been considered part of the Rochester, NY Metropolitan Statistical Area.

Wyoming County is a county in the U.S. state of New York in the state's western area. As of the 2010 census, the population was 42,155. The county seat is Warsaw. The name is modified from a Lenape (Delaware) Native American word meaning "broad bottom lands". Wyoming County was formed from Genesee County in 1841. Wyoming County is one of New York's mostly agricultural counties. With an estimated 47,500 dairy cows in the county, there are more cattle in Wyoming County than people.

Cattaraugus County is a county in western New York, with one side bordering Pennsylvania. As of the United States 2020 census, the population was 77,042. The county seat is Little Valley. The county was created in 1808 and later organized in 1817.Cattaraugus County comprises the Olean, NY Micropolitan Statistical Area, which is included in the Buffalo-Cheektowaga-Olean, NY Combined Statistical Area. Within its boundaries are the Allegany Indian Reservation of the Seneca Nation of New York, and the Allegany State Park. The Allegheny River runs through the county.