Wikipedia
Lebanon () is a city in and the county seat of Lebanon County, Pennsylvania, United States. The population was 25,477 at the 2010 census, a 4.2% increase from the 2000 count of 24,461. Lebanon is located in the central part of the Lebanon Valley, 26 miles (42 km) east of Harrisburg and 29 miles (47 km) west of Reading. Lebanon was founded by George Steitz in 1740 and was originally named Steitztown. 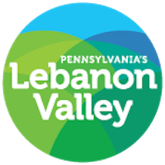 Find more things to do, itinerary ideas, updated news and events, and plan your perfect trip to Lebanon Valley
ADVERTISEMENT

Hershey is an unincorporated community and census-designated place (CDP) in Derry Township, Dauphin County, Pennsylvania, United States. It is known as the home of The Hershey Company, which was founded by candy magnate Milton S. Hershey. The community is located 14 miles (23 km) east of Harrisburg and is part of the Harrisburg−Carlisle Metropolitan Statistical Area. Hershey has no legal status as an incorporated municipality, and all its municipal services are provided by Derry Township. The population was 14,257 at the 2010 census.

Lititz is a borough in Lancaster County, Pennsylvania, United States, 9 miles (14 km) north of the city of Lancaster. As of the 2010 census, it had a population of 9,369.

Harrisburg ( HARR-iss-burg; Pennsylvania German: Harrisbarrig) is the capital city of the Commonwealth of Pennsylvania in the United States, and the county seat of Dauphin County. With a population of 49,395, it is the 10th most populous city in the Commonwealth (or 13th most populous area if including townships and boroughs). According to 2018 estimates of the Census Bureau, the population is 51.8% Black or African American, 22.6% White, 21.8% Latino, 5.4% Asian, and 0.4% Native American while 3.9% identify as two or more races. It lies on the east bank of the Susquehanna River, 107 miles (172 km) west of Philadelphia. Harrisburg is one of two anchor cities of the Harrisburg–Carlisle metropolitan statistical area, which had a 2019 estimated population of 577,941, making it the fourth most populous metropolitan area in Pennsylvania and 96th most populous in the United States. It is the largest city of the Harrisburg–York–Lebanon, PA Combined Statistical Area, also known as the Lower Susquehanna Valley region. Harrisburg played a notable role in American history during the Westward Migration, the American Civil War and the Industrial Revolution. During part of the 19th century, the building of the Pennsylvania Canal, and later the Pennsylvania Railroad, allowed Harrisburg to become one of the most industrialized cities in the Northeastern United States. The U.S. Navy ship USS Harrisburg, which served from 1918 to 1919 at the end of World War I, was named in honor of the city. In the mid-to-late 20th century, the city's economic fortunes fluctuated with its major industries consisting of government, heavy manufacturing, agriculture, and food services (nearby Hershey is home of the chocolate maker, located just 10 miles (16 km) east). The Pennsylvania Farm Show, the largest indoor agriculture exposition in the United States, was first held in Harrisburg in 1917 and has been held there every early-to-mid January since then. The city also hosts the annual Great American Outdoor Show show, the largest of its kind in the world, among many other events. Harrisburg is also known for the Three Mile Island accident, which occurred on March 28, 1979, near Middletown. In 2010 Forbes rated Harrisburg as the second best place in the U.S. to raise a family. Despite the city's past financial troubles, in 2010 The Daily Beast website ranked 20 metropolitan areas across the country as being recession-proof, and the Harrisburg region landed at No. 7. The financial stability of the region is in part due to the high concentration of state and federal government agencies.

Lancaster ( LANG-ki-stər; Pennsylvania German: Lengeschder) is a city in South Central Pennsylvania, that serves as the seat of Pennsylvania's Lancaster County and is one of the oldest inland towns in the United States. With a population at the 2010 census of 59,322, it ranks eighth in population among Pennsylvania's cities. The Lancaster metropolitan area population is 507,766, making it the 104th-largest metropolitan area in the U.S. and second-largest in the South Central Pennsylvania area.The city's primary industries include healthcare, tourism, public administration, manufacturing, and both professional and semi-professional services. Lancaster is best known for being the hub of Pennsylvania's Amish Country. Lancaster was home to James Buchanan, the nation's 15th president, and to congressman and abolitionist Thaddeus Stevens.