Wikipedia
Freeport is a city in Brazoria County, Texas, United States, located on the Gulf of Mexico. According to the 2010 census, the city population was 12,136, up from 12,049 in 2010.
Find more things to do, itinerary ideas, updated news and events, and plan your perfect trip to Brazosport
ADVERTISEMENT
Omaze

Clute is a city in Brazoria County, Texas, within the Houston metropolitan area. As of the 2010 U.S. Census, the city population was 11,211. The city gained some fame with the discovery of a fossilized mammoth named Asiel. There is now a restaurant/museum of the same name to honor this discovery.

Alvin is a city in the U.S. state of Texas within the Houston-The Woodlands-Sugar Land metropolitan area and Brazoria County. As of the 2010 U.S. Census, the city population was 24,236. Alvin's claim to fame is Baseball Hall of Famer Nolan Ryan, who moved with his family to the city in 1947 as an infant and lived there until he moved to Round Rock in 2003. The Nolan Ryan Museum is in the Nolan Ryan Foundation and Exhibit Center on the campus of Alvin Community College. 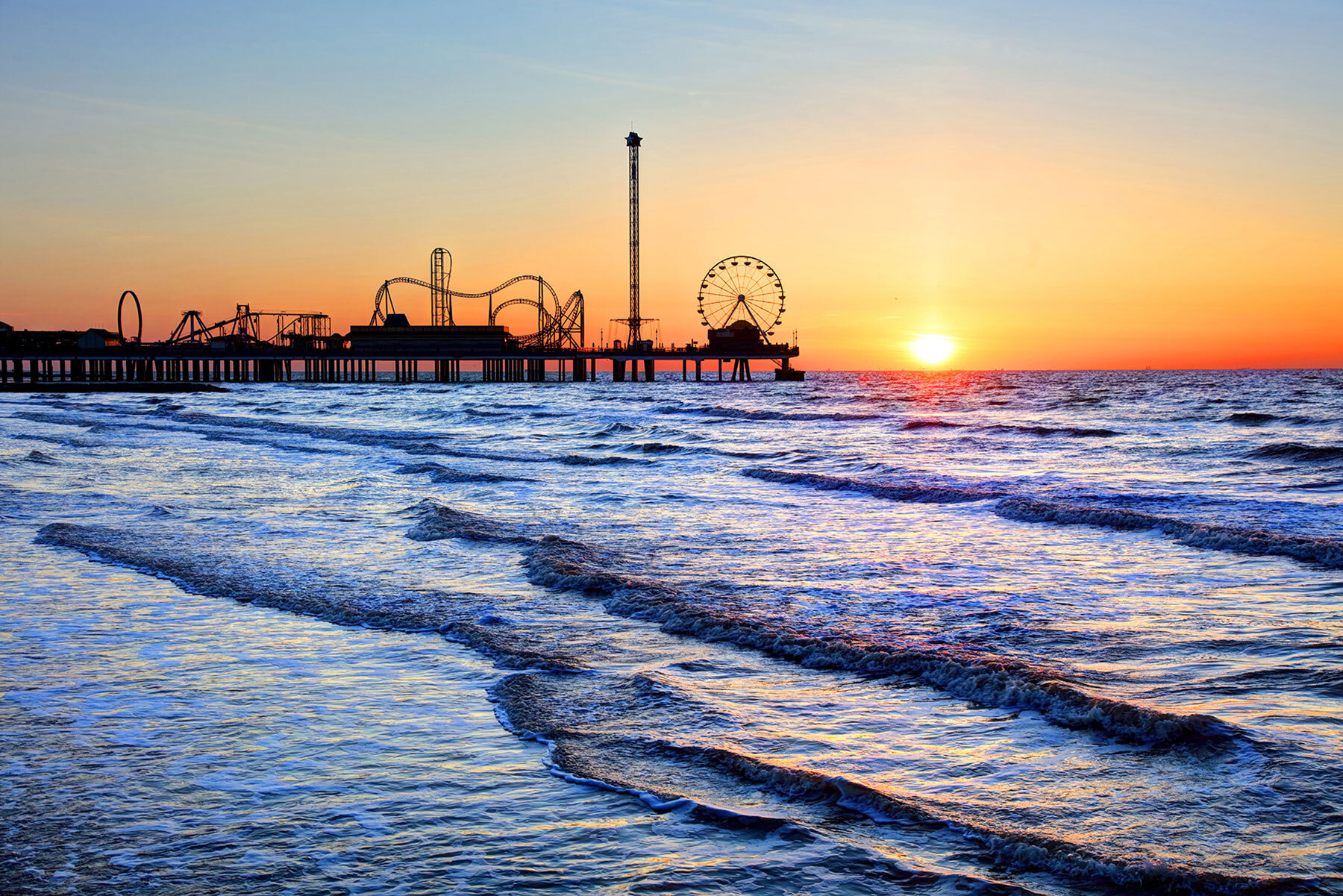 Galveston ( GAL-vis-tən) is a coastal resort city and port off the Southeast Texas coast on Galveston Island and Pelican Island in the U.S. state of Texas. The community of 209.3 square miles (542 km2), with a population of 47,743 in 2010, is the county seat of surrounding Galveston County and second-largest municipality in the county. It is also within the Houston–The Woodlands–Sugar Land metropolitan area at its southern end on the northwestern coast of the Gulf of Mexico. Galveston, or Galvez' town, was named after the Spanish military and political leader in the 18th century: Bernardo de Gálvez y Madrid, Count of Gálvez (1746–1786), who was born in Macharaviaya, Málaga, in the Kingdom of Spain. Galveston's first European settlements on the Galveston Island were built around 1816 by French pirate Louis-Michel Aury to help the fledgling Republic of Mexico fight for independence from Spain, along with other colonies in the Western Hemisphere of the Americas in Central and South America in the 1810s and 1820s. The Port of Galveston was established in 1825 by the Congress of Mexico following its independence from Spain. The city was the main port for the fledgling Texas Navy during the Texas Revolution of 1836, and later served temporarily as the new national capital of the Republic of Texas. During the 19th century, Galveston became a major U.S. commercial center and one of the largest ports in the United States. It was for a time Texas' largest city, known as the "Queen City of the Gulf". It was devastated by the unexpected Galveston Hurricane of 1900, whose effects included massive flooding and a storm surge which nearly wiped out the town. The natural disaster on the exposed barrier island is still ranked today as the deadliest in United States history, with an estimated death toll of 6,000 to 12,000 people. The city subsequently reemerged during the Prohibition era of 1919–1933 as a leading tourist hub and a center of illegal gambling, nicknamed the Free State of Galveston until this era ended in the 1950s with subsequent other economic and social development. Much of Galveston's economy is centered in the tourism, health care, shipping, and financial industries. The 84-acre (34 ha) University of Texas Medical Branch campus with an enrollment of more than 2,500 students is a major economic force of the city. Galveston is home to six historic districts containing one of the largest and historically significant collections of 19th-century buildings in the U.S., with over 60 structures listed on the National Register of Historic Places, maintained by the National Park Service in the United States Department of the Interior.