Wikipedia
Alexandria is an independent city in the Commonwealth of Virginia in the United States. As of 2010, the population was 139,988, and in 2020, the population was estimated to be at 159,200. The city's estimated population has grown by 1% percent annually since 2010 on average. Located along the western bank of the Potomac River, Alexandria is approximately 7 miles (11 km) south of downtown Washington, D.C. Like the rest of Northern Virginia, as well as Central Maryland, modern Alexandria has been influenced by its proximity to the U.S. capital. It is largely populated by professionals working in the federal civil service, in the U.S. military, or for one of the many private companies which contract to provide services to the federal government. One of Alexandria's largest employers is the U.S. Department of Defense. Another is the Institute for Defense Analyses. In 2005, the United States Patent and Trademark Office moved to Alexandria, and in 2017, so did the headquarters of the National Science Foundation. The historic center of Alexandria is known as Old Town. With its concentration of boutiques, restaurants, antique shops and theaters, it is a major draw for all who live in Alexandria as well for visitors. Like Old Town, many Alexandria neighborhoods are compact and walkable. It is the 7th largest and highest-income independent city in Virginia. A large portion of adjacent Fairfax County, mostly south but also west of the city, has Alexandria mailing addresses. However, this area is under the jurisdiction of Fairfax County's government and separate from the independent city. The city is therefore sometimes referred to as the "City of Alexandria" to avoid confusion (see the "Neighborhoods" paragraph below). Additionally, neighboring Arlington County was formerly named "Alexandria County" before it was renamed by the Virginia General Assembly in 1920 to reduce confusion with the city. 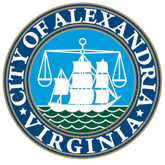 Find more things to do, itinerary ideas, updated news and events, and plan your perfect trip to Alexandria
ADVERTISEMENT

National Harbor is situated on the banks of the historic Potomac River, just minutes from the nation’s capital. Featuring 350 acres of waterfront resort space, National Harbor is a destination unlike any other.

Arlington County is a county in the Commonwealth of Virginia, often referred to simply as Arlington or Arlington, Virginia. The county is situated in Northern Virginia on the southwestern bank of the Potomac River directly across from the District of Columbia, of which it was once a part, under the name Alexandria County. The county is coterminous with the U.S. Census Bureau's census-designated place of Arlington. Arlington is considered to be the second-largest "principal city" of the Washington metropolitan area, although Arlington County does not have the legal designation of independent city or incorporated town under the Virginia Law. In 2019, the county's population was estimated at 236,842, making Arlington the sixth-largest county in Virginia by population; if it were incorporated as a city, Arlington would be the fourth most populous city in the state. With a land area of 26 square miles (67 km2), Arlington is the geographically smallest self-governing county in the U.S., and by reason of state law regarding population density, it has no incorporated towns within its borders. It is the 5th highest-income county in the U.S. by median family income, and is the 11th most densely populated county in the United States. Arlington is home to the Pentagon, Reagan National Airport, and Arlington National Cemetery. In academia, the county contains Marymount University, George Mason University's Antonin Scalia Law School, the administrative offices buildings and graduate programs for the Schar School of Policy and Government and the Jimmy and Rosalynn Carter School for Peace and Conflict Resolution, as well as satellite campuses of the University of Virginia and Virginia Tech. It will soon house Amazon HQ2, the co-headquarters of Amazon.

Prince George's County (often shortened to PG County) is a county located in the U.S. state of Maryland, bordering the eastern portion of Washington, D.C. As of the 2010 U.S. Census, the population was 863,420, making it the second-most populous county in Maryland, behind Montgomery County. Its county seat is Upper Marlboro. It is the largest and the most affluent African American-majority county in the United States, with five of its communities identified in a 2015 top ten list.Prince George's County is included in the Washington metropolitan area. The county also hosts many federal governmental facilities, such as Joint Base Andrews and the United States Census Bureau headquarters.

The City of Fairfax ( FAIR-faks), colloquially known as Fairfax City, Downtown Fairfax, Old Town Fairfax, Fairfax Courthouse, or simply Fairfax, is an independent city in the Commonwealth of Virginia in the United States. As of the 2010 census the population was 22,565, which had risen to an estimated 24,019 as of 2019.The City of Fairfax is an enclave surrounded by the separate political entity Fairfax County. Fairfax City also contains an exclave of Fairfax County, the Fairfax County Court Complex. The City of Fairfax and the area immediately surrounding the historical border of the City of Fairfax, collectively designated by Fairfax County as "Fairfax", comprise the county seat of Fairfax County. The city is part of the Washington–Arlington–Alexandria, DC–VA–MD–WV Metropolitan Statistical Area as well as a part of Northern Virginia. The city is 17 miles (27 km) west of Washington, D.C. The Washington Metro's Orange Line serves Fairfax through its Vienna station, which is a mile northeast of the city limits. CUE Bus and Metrobus operate in Fairfax. Virginia Railway Express's Burke Centre station is situated three miles southeast of the city's boundaries. Virginia's largest public educational institution with 35,189 students in 2017 is George Mason University, which is located in unincorporated Fairfax County, along the city's southern border while still having a City of Fairfax address and sharing the same public transportation system.