Wikipedia
Lexington is an independent city in the Commonwealth of Virginia in the United States. At the 2010 census, the population was 7,042. It is the county seat of Rockbridge County, although the two are separate jurisdictions. The Bureau of Economic Analysis combines the city of Lexington (along with nearby Buena Vista) with Rockbridge County for statistical purposes. Lexington is about 57 miles (92 km) east of the West Virginia border and is about 50 miles (80 km) north of Roanoke, Virginia. It was first settled in 1778. Lexington is the location of the Virginia Military Institute (VMI) and of Washington and Lee University (W&L). 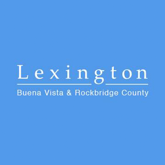 Alleghany County is an American county located on the far western edge of Commonwealth of Virginia. It is bordered by the Allegheny Mountains, from which the county derives its name, and it is the northernmost part of the Roanoke Region. The county seat is Covington.The county was created in 1822 from parts of Botetourt County, Bath County, and Monroe County (now in West Virginia). At the time, the majority of the population lived around Covington, and the primary cash crop then was hemp, which was used for rope production. As of the 2010 census, the population was 16,250, which is an increase of more than twenty-five percent from the 2000 census. The majority of that growth, however, can be attributed to the reincorporation of the formerly independent city of Clifton Forge back into Alleghany County in 2001.

The AgustaWestland AW139 is a 15-seat medium-sized twin-engined helicopter developed and built by AgustaWestland (now part of Leonardo). It is marketed at several different roles, including VIP/corporate transport, offshore transport, fire fighting, law enforcement, search and rescue, emergency medical service, disaster relief, and maritime patrol. In addition to AgustaWestland's manufacturing facilities in Italy and the United States, the AW139 is produced in Russia by HeliVert, a joint venture between AgustaWestland and Russian Helicopters. The AW139 was originally designed and developed jointly by Agusta and Bell Helicopters and marketed as the Agusta-Bell AB139, being redesignated AW139 when Bell withdrew from the project. Since entering service in 2003, the AW139 has become one of AgustaWestland's most influential products; it has been subsequently developed into the enlarged medium-lift military-orientated AW149.