Wikipedia
Kent is a city in King County, Washington, United States. It is part of the Seattle–Tacoma–Bellevue metropolitan area and had an estimated population of 132,319 as of 2019, making it the fourth-largest municipality in greater Seattle and the sixth-largest in Washington state. The city is connected to Seattle, Bellevue and Tacoma via State Route 167 and Interstate 5, Sounder commuter rail, and commuter buses. Incorporated in 1890, Kent is the second-oldest incorporated city in King County, after Seattle. It is generally divided into three areas: West Hill (mixed residential and commercial along Interstate 5), Valley (primarily industrial and commercial with some medium density residential; significant parkland along Green River), and East Hill (primarily residential with retail). 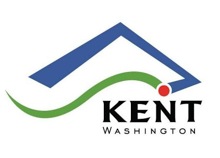 Find more things to do, itinerary ideas, updated news and events, and plan your perfect trip to Kent
ADVERTISEMENT

Auburn is a city in King County, Washington, United States (with a small portion crossing into neighboring Pierce County). The population was 70,180 at the 2010 United States Census. Auburn is a suburb in the Seattle metropolitan area, and is currently ranked as the 15th largest city in the state of Washington. Auburn is bordered by the cities of Federal Way, Pacific, and Algona to the west, Sumner to the south, Kent to the north, and unincorporated King County to the east. The Muckleshoot Indian Reservation lies to the south and southeast.

Renton is a city in King County, Washington, and an inner-ring suburb of Seattle. Situated 11 miles (18 km) southeast of downtown Seattle, Renton straddles the southeast shore of Lake Washington, at the mouth of the Cedar River. As of 2019, the population of Renton is estimated at 101,751, up from 90,927 at the 2010 census. The city is currently the sixth-largest municipality in greater Seattle and the eighth-largest in Washington state. After a long history as an important salmon fishing area for Native Americans, Renton was first settled by people of European descent in the 1860s. Its early economy was based on coal mining, clay production, and timber export. Today, Renton is best known as the final assembly point for the Boeing 737 family of commercial airplanes, but it is also home to a growing number of well known manufacturing, technology, and healthcare organizations, including Boeing Commercial Airplanes Division, Paccar, Kaiser Permanente, IKEA, Providence Health & Services, UW Medicine, and Wizards of the Coast.

Burien ( BEWR-ee-ən) is a suburban city in King County, Washington, United States, located south of Seattle on Puget Sound. As of the 2010 Census, Burien's population was 33,313, which is a 49.7% increase since incorporation in 1993. An annexation in 2010 increased the city's population significantly, and as of 2019 the population was an estimated 51,500.