Wikipedia
Martinsburg is a city in and the county seat of Berkeley County, West Virginia, United States, in the tip of the state's Eastern Panhandle region in the lower Shenandoah Valley. Its population was 17,454 in the 2019 census estimate, making it the largest city in the Eastern Panhandle and the eighth-largest municipality in the state. Martinsburg is part of the Hagerstown-Martinsburg, MD-WV Metropolitan Statistical Area. 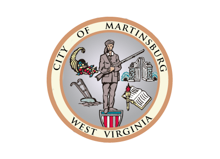 Find more things to do, itinerary ideas, updated news and events, and plan your perfect trip to Martinsburg
ADVERTISEMENT

Shepherdstown is a town in Jefferson County, West Virginia, United States, located in the lower Shenandoah Valley along the Potomac River. Home to Shepherd University, the town's population was 1,734 at the time of the 2010 census.

Jefferson County is located in the Shenandoah Valley in the Eastern Panhandle of West Virginia, and is the easternmost county of the U.S. state of West Virginia. As of the 2010 census the population was 53,498. Its county seat is Charles Town. The county was founded in 1801, and today is part of the Washington metropolitan area.

Outdoor recreation is one of the most popular reasons people love to come to Hagerstown-Washington County, MD.

Berkeley Springs is a town in, and the county seat of, Morgan County, West Virginia, United States, in the state's Eastern Panhandle. In 1776, the Virginia Legislature incorporated a town around the springs and named it Bath. Since 1802, it has been referred to by the name of its original Virginia post office, Berkeley Springs. The population of the town was 800 (estimated). The town is located within the Hagerstown–Martinsburg, MD–WV Metropolitan Statistical Area. Berkeley Springs is a sister city to Bath, Somerset, England. The area contains mineral water springs that were frequented by Native Americans indigenous to the area, possibly for thousands of years. After settlement by Europeans, the mineral springs drew many visitors from urban areas. Notable colonial visitors to the area included George Washington and James Rumsey. Berkeley Springs remained a popular resort area during the early years of the United States. It is the home of the Berkeley Springs International Water Tasting, the longest running and largest such event in the world. And a more "Local" Tradition is the famed Apple Butter Festival, started by a group of local business owners in 1974, with overwhelming support from then Mayor Frank Heiner - Celebrating its 47th year in 2020. The area continues to be a popular resort area with tourism the main industry in the county and four full-service spas using the mineral water. A historic building whose construction began in 1885, was built as a retreat for Rosa and Samuel Taylor Suit overlooking the town. It often is called "Berkeley Castle". Berkeley Springs is a noted arts community with working artists accounting for approximately 1% of the county population of 17,000. Since 1994, the town has been listed in all four editions of John Villani's "100 Best Small Art Towns in America" (one of only 11 towns so rated).