Wikipedia
Weston is a city in Lewis County, West Virginia, United States. The population was 4,110 at the 2010 census. It is the county seat of Lewis County, and home to the Museum of American Glass in West Virginia and the Trans-Allegheny Lunatic Asylum. 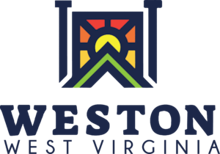 Find more things to do, itinerary ideas, updated news and events, and plan your perfect trip to Weston
ADVERTISEMENT

Upshur County is a county in the U.S. state of West Virginia. As of the 2010 census, the population was 24,254. Its county seat is Buckhannon. The county was formed in 1851 from Randolph, Barbour, and Lewis counties and named for Abel Parker Upshur, a distinguished statesman and jurist of Virginia. Upshur served as United States Secretary of State and Secretary of the Navy under President John Tyler.

Clarksburg is a city in and the county seat of Harrison County, West Virginia, United States, in the north-central region of the state. The population of the city was 16,578 at the 2010 census. It is the principal city of the Clarksburg, WV Micropolitan Statistical Area, which had a population of 89,718 in 2019. Clarksburg was named National Small City of the Year in 2011 by the National League of Cities.

Bridgeport is a city in Harrison County, West Virginia, United States. The population was 8,149 at the 2010 census. The town of Bridgeport had its beginning in pre-American Revolutionary War times. In 1764, John Simpson entered the area and gave his name to Simpson Creek. Bridgeport was chartered in 1816. When the town was incorporated in 1887, it established the office of mayor and town council. The city currently employs a City Manager. Bridgeport is home to Meadowbrook Mall, a 100-store regional shopping complex serving North-Central West Virginia.