Wikipedia
The Wind River is the name applied to the upper reaches of the Bighorn River in Wyoming in the United States. The Wind River is 185 miles (298 km) long. The two rivers are sometimes referred to as the Wind/Bighorn. 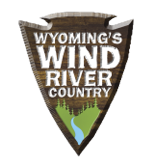 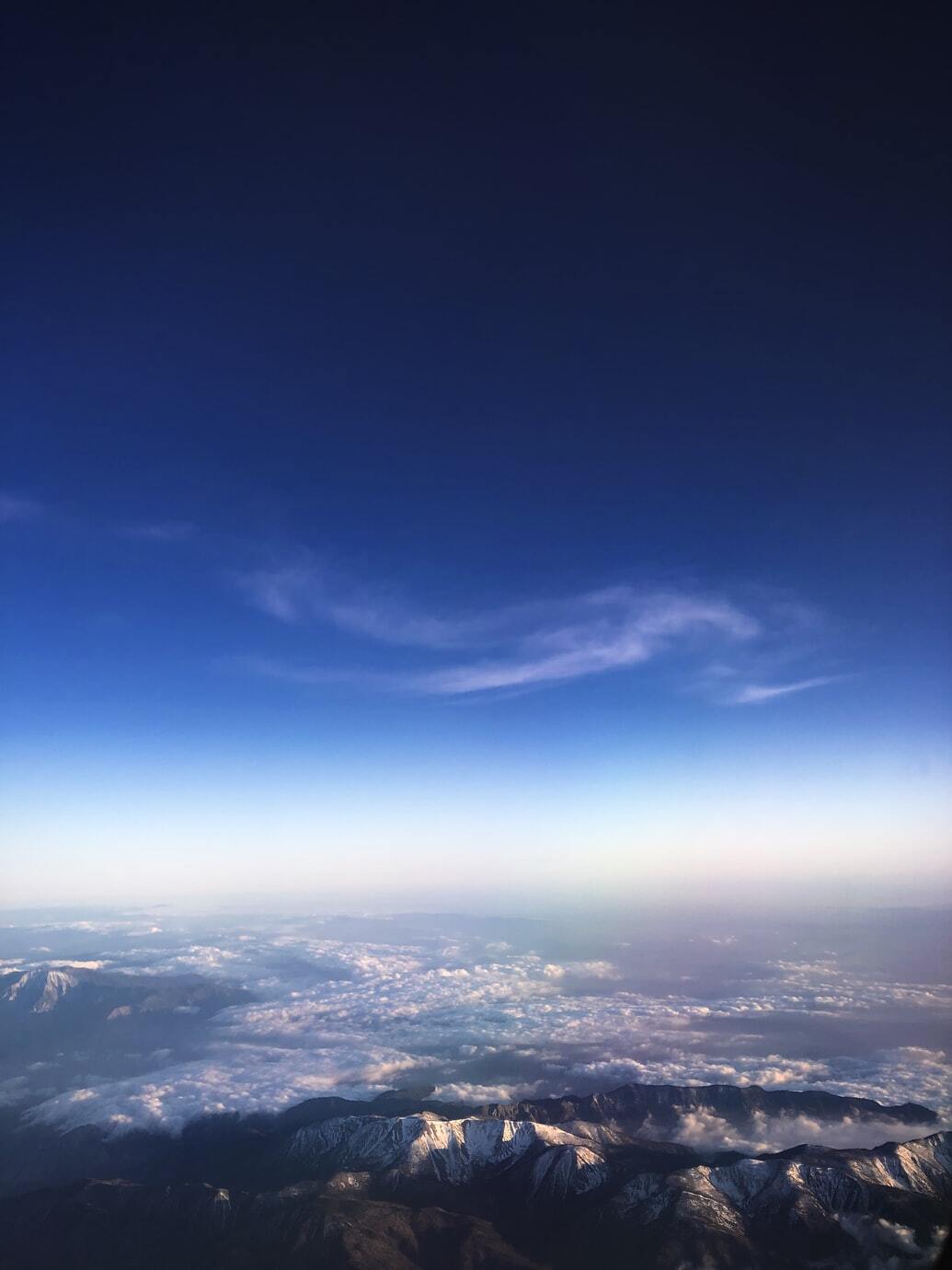 Lander is a city in Wyoming, United States, and the county seat of Fremont County. It is in central Wyoming, along the Middle Fork of the Popo Agie River, just south of the Wind River Indian Reservation. It is a tourism center with several nearby guest ranches. Its population was 7,487 at the 2010 census.

The Wind River Range (or "Winds" for short), is a mountain range of the Rocky Mountains in western Wyoming in the United States. The range runs roughly NW–SE for approximately 100 mi (160 km). The Continental Divide follows the crest of the range and includes Gannett Peak, which at 13,802 ft (4,207 m), is the highest peak in Wyoming; and also Fremont Peak at 13,750 ft (4,191 m), the third highest peak in Wyoming. There are more than 40 other named peaks in excess of 12,999 ft (3,962 m). With the exception of the Grand Teton in the Teton Range, the next 19 highest peaks in Wyoming after Gannett are also in the Winds.Two large national forests including three wilderness areas encompass most of the mountain range. Shoshone National Forest is on the eastern side of the continental divide while Bridger-Teton National Forest is on the west. Both national forests and the entire mountain range are an integral part of the Greater Yellowstone Ecosystem. Portions of the east side of the range are inside the Wind River Indian Reservation. 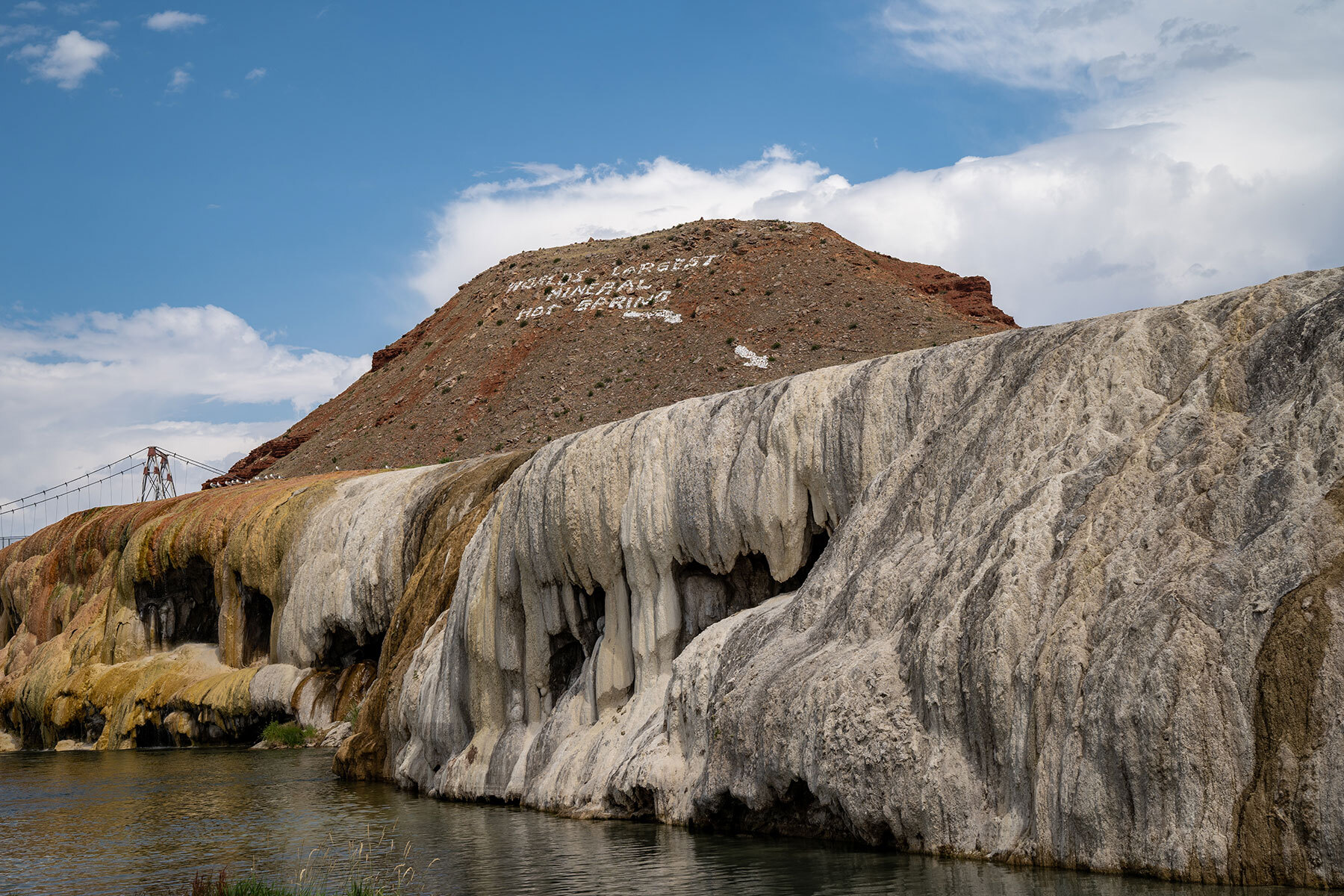 Thermopolis is the largest town in Hot Springs County, Wyoming, United States, and also the county seat. As of the 2010 U.S. Census, the town population was 3,009. Thermopolis is Greek for Hot City. It is home to numerous natural hot springs, in which mineral-laden waters are heated by geothermal processes. The town is named for the hot springs located there.The town claims the world's largest mineral hot spring, appropriately named "The Big Spring", as part of Wyoming's Hot Springs State Park. The springs are open to the public for free as part of an 1896 treaty signed with the Shoshone and Arapaho Indian tribes. Dinosaur fossils were found on the Warm Springs Ranch in 1993, and the Wyoming Dinosaur Center was founded soon after.

Sweetwater County is a county in southwestern Wyoming, United States. As of the 2010 United States Census, the population was 43,806. Its county seat is Green River. By area, it is the largest county in Wyoming. Its southern boundary line abuts the north lines of the states of Colorado and Utah. Sweetwater County comprises the Rock Springs, Green River, Wyoming Micropolitan Statistical Area.