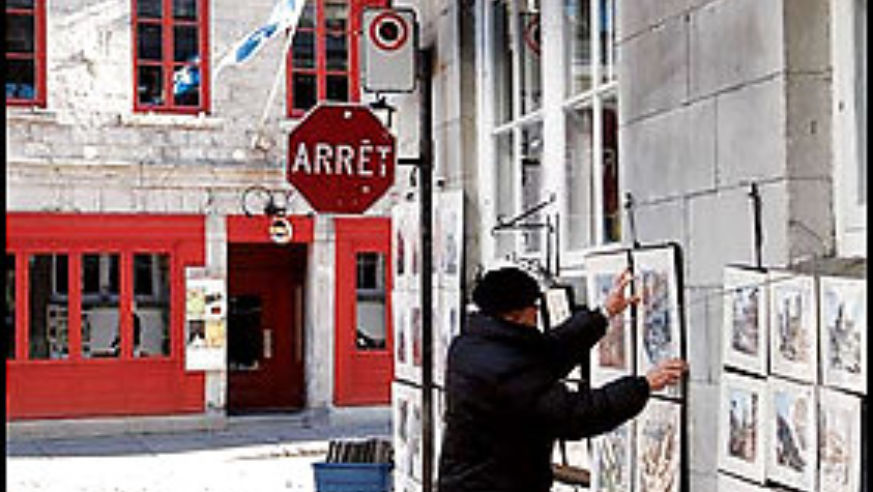 Shops You Can't Find Everywhere
Eva B.: Creaky floors and an eclectic collection of costume jewelry, vintage clothing, and retro footwear make this a rummager's paradise. The owner is friendly, but she drives a hard bargain.

Lola & Emily: Designed to look like the apartment of a fashionable girl about town, the boutique stocks flirty Third Floor underwear, Joe's Jeans, and Velvet dresses.

Parasuco: The sexy jeans may have infiltrated a mall near you, but the brand's flagship (in a former bank) is only in Montreal. The newly renovated three-level emporium has a two-story chandelier, custom mosaic floor, and full-service spa and salon.

Boutique Reborn: This shop in Old Montreal is a treasure trove of highly covetable items from labels such as Preen, Acne Jeans, and Cheap Monday, as well as pieces by local designers.

Mona Moore: A girly shop with shoes from the likes of Pierre Hardy, Balenciaga, and Miu Miu.

We Love Brunch
The best thing at Eggspectation is the Brioche Beauty, a cinnamon brioche that's buttered, grilled, and topped with yogurt, roasted almonds, and honey, then served with mixed fruit. So yummy!

Hot Ticket
Canadian humor is showcased at two clubs: the Comedy Nest and Comedyworks. If you're in town over the summer, keep an eye out for the Just for Laughs Comedy Festival, which puts on lots of free shows.

Home Base
Hyatt Regency Montreal is east of rue Crescent's party bars and west of the hip restaurants on boulevard St.-Laurent.

Rooms at the SpringHill Suites feature two double beds, a pullout sofa, and a basic kitchen, all amid the stone buildings of Old Montreal.

Where to Kick Up Your Heels
Grown-up drinks: Inside the Hotel Place d'Armes, Suite 701 is a lounge with leather banquettes; it specializes in martinis (and cute banker types, if you're into that).

Outdoor seating: For expertly prepared mojitos served in airy white cabanas, each of which features a sleek, pillow-covered bed alongside tables and chairs, head to Time Boutique Café.

Till midnight: If Le Blanc's fusion menu isn't entertaining enough, the live music (jazz, swing, or pop, depending on the night) definitely will be.

Till 3 A.M.: At Altitude 737, atop one of the tallest buildings in Montreal, fancy cocktails accompany dance music and amazing views.

Till dawn: Stereo, fitted with one of the best you-know-what systems in the city, is the late-night destination of jet-setters, drag queens, and club kids for dancing into the morning.

Something you'll regret: A Montreal institution, Le 281 features male exotic dancers--not Chippendale types, but more contemporary versions of hotness, such as the jock, the hipster, and the intellectual. If you need to work up courage, shots (including one named "The Orgasm") are mixed right at your table.

What's for Dinner?
Fab but not fussy, the delicious seven-course tasting menu at Toqué!--with native ingredients such as Nova Scotia princess scallops and Basses-Laurentides suckling pig--is a big draw for foodies.

The Italian cuisine at Buonanotte, a hotspot for 15 years, is secondary to the scenester vibe and beautiful-people crowd: George Clooney and Gisele Bündchen are among the celebs who've been spotted here. Around midnight, a DJ spins club music.

Pamper Yourself
Rainspa's soothing waterfalls and softly lit rooms--plus the only real hammam (Turkish bath) in town--make the bustle of Old Montreal seem miles away.

So Gloppy, but So Darn Good
Poutine is a disgusting (yet tasty!) combo of french fries, cheese curds, and gravy--it's most commonly enjoyed after a drink or five, but at La Banquise, a beloved hole-in-the-wall, you can order the dish 24 hours a day.

You Gotta do at Least One . . .
In Old Montreal and the Old Port, wander down rue St.-Jacques and rue Notre-Dame for fun encounters with hawkers, buskers, and gorgeous architecture.

Visit the Montreal Botanical Garden for the rare-plant collections and the seasonal blooms.

Bike along the picturesque Lachine Canal, and stop for fresh produce, artisanal cheeses, and maple syrup at the outdoor farmers market, Marché Atwater.

Enjoy the panoramic view of Montreal, its islands, and the St. Lawrence River from atop Mount Royal Park.