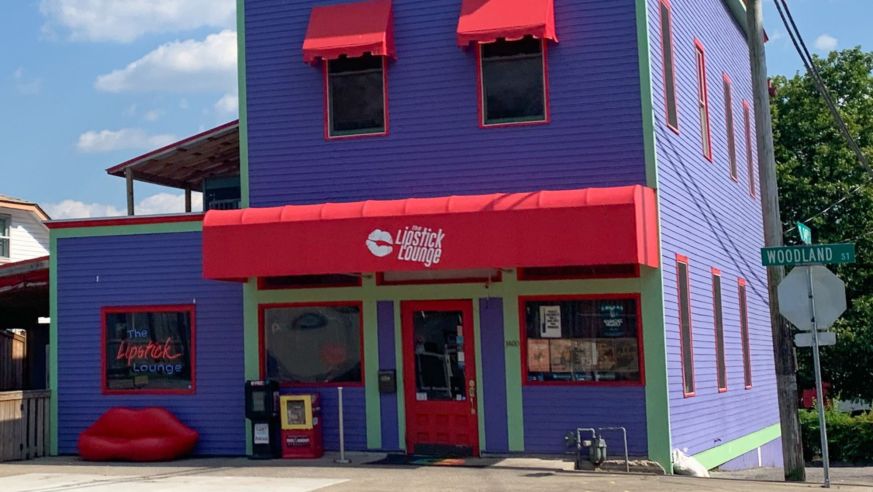 Celebrate Pride Month at the 10 best LGBT bars around the USA!

June is dedicated to Pride month in the United States and around the world to honor and celebrate the LGBTQ+ community. Get in on the festivities at these 10 best LGBTQ+ bars in the country where queer people can be free to be themselves year round. Support these businesses to help maintain safe spaces for queer folks to gather and celebrate as they please.

Unfortunately, lesbian bars have been closing up shop lately. In the 80s there were about 200 lesbian bars in the U.S., today there are fewer than 25. The Lesbian Bar Project aims to support the remaining lesbian bars across the U.S. Queer women and non-binary people need dedicated bars where they can be themselves since they may not always feel welcome at traditional gay bars geared towards men.

Pride honors the Stonewall Riots, a series of protests led by Black and Latinx trans women including Marsha P. Johnson, Zazu Nova, and Sylvia Rivera in June of 1969 after NYPD raided the gay bar The Stonewall Inn. The uprising was a catalyst for the modern gay rights movement. Today, the iconic gay bar partners with The Brooklyn Brewery to create The Stonewall Inn IPA which benefits The Stonewall Inn Gives Back Initiative.

What could be more fun than singing karaoke surrounded by queer women and non-binary people? All that magic and more can be found at The Lipstick Lounge in Nashville, TN. Karaoke kicks off every night at 7 p.m. Other weekly events include live music, trivia, and more.

No list of LGBTQ+ bars would be complete without at least one epic spot for a drag queen show. Stacy’s at Melrose in Phoenix, AZ is often hailed as the best gay bar in town. The friendly neighborhood spot is known for the happy hour drag show Sundays from 7 to 9 p.m.

A League of Her Own - Washington, DC

The U.S. capital is home to one of the most celebrated lesbian bars, A League of Her Own. Located in Washington D.C.’s queer-friendy Adam’s Morgan neighborhood, there’s never a cover at this queer drinking hole.

New York City’s Cubby Hole is a gay bar frequented by lesbians and queer women with a laid-back atmosphere. The epic happy hour special includes half off beer, wine, and well drinks Monday through Saturday until 7 p.m.

Located in San Diego, CA, The Loft was rated the best gay bar in the country in 2019. It’s a relaxing spot to sit outside and enjoy the southern California weather with a few ice-cold beers and great company.

Big Chicks in the Uptown neighborhood of Chicago, IL is a quirky spot adorned with artwork from local artisans. If you’re looking for a dance floor, go on the weekend when a DJ spins the best songs to groove to with your queer pals.

As the name says, this relaxed gay bar in Louisville, KY is a chill spot to unwind offering trivia nights, show tune sing-alongs, and more. Chill Bar is also decked out with a beautiful mural declaring to everyone who walks by that love is all we need.

One of the best gay bars in Providence, RI is The Stable. Don’t miss the Sangria Sunday drag show from noon to 7 p.m.

The second oldest gay bar in Texas is also the state’s oldest leather bar. Houston’s Ripcord has been the spot for gay men to gather and mingle since the 80s and is located in the  LGBTQ+ friendly Montrose neighborhood.