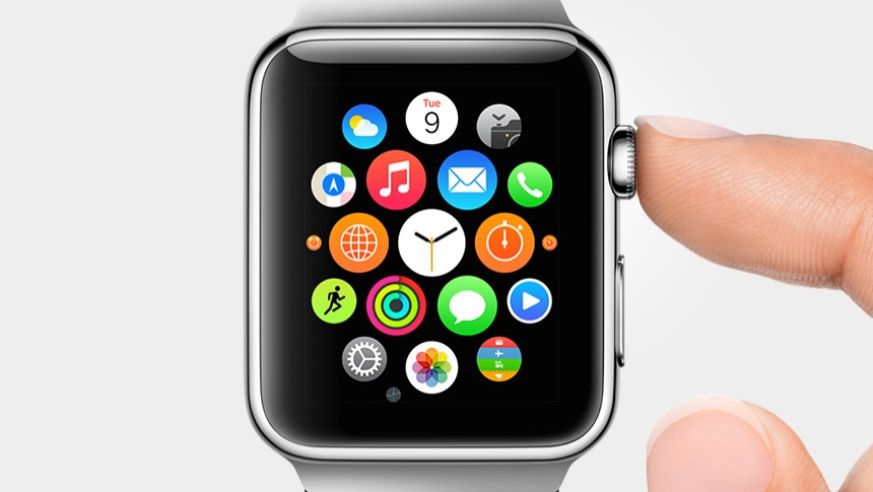 Shelling out $350 or more for an Apple Watch is a big decision, but it might be easier to make when you factor in all the nifty new functions that are especially useful for frequent travelers. The newfangled ticker, available for pre-order April 10 and on sale April 24, may not be able to magically teleport you to Sydney in the blink of an eye, sci-fi style (don't we wish), but it could streamline several practical facets of your vacation.

1. Keyless hotel room entry, flight reminders, and more: On top of built-in apps like Passbook, which stores boarding passes and tickets and reminds you when to use them, several travel-related apps will be available for download on Apple Watch, making the watch ultra-customizable depending on what's important to you when you travel. For example: A Starwood Hotels app on the Apple Watch will let you check in the second you walk into a hotel's lobby (no front-desk pit stop required), send you your room number, and enable you to simply wave your wrist in front of your door to unlock your room. And that's not all Starwood wants the Apple Watch to do. It hopes to introduce features like stored preferences that enable your favorite cocktail to be delivered to you when you sit down at the bar, without uttering a word to the barkeep. Will the Starwood app also tuck us in at night? We're sure that's in the planning stages too.

Another useful optional feature: The American Airlines app, which not only reminds you when you need to leave for the airport but allows you to check in for your flight from your watch and then gives you easy-to-view details in the air, like how much time is left in your flight, where you are in the sky, which baggage claim you should head toward when you land, and information about your connection. You can continue to fill your watch with apps you personally consider indispensable while you're traveling, whether that's Instagram, public-transit guide Citymapper, Evernote, TripAdvisor, Expedia, PayByPhone Parking, the Dark Sky weather app, language-learning app Babbel, OpenTable, or other fitness- and food-related apps. See a lengthy list of them here.

2. Auto time zone adjustment: Chicago to Barcelona? Manitoba to Venezuela? No worries. Apple Watch automatically switches to the time zone you're in, eliminating that awkward moment spent fiddling with your watch's crown after the plane lands—or after you missed your dinner reservation. Ditto with Daylight Savings Time. Even a Rolex doesn't do that.

3. Maps: Instead of winding through Parisian streets at night while staring down at your phone trying to figure out how to get back to your hotel (not that, ahem, we've ever done that), you can rely on the vibrations Apple Watch sends to your wrist to subtly tell you which way to turn to reach your destination. That's especially handy in an unfamiliar city when you want to avoid looking like a tourist, whether for safety or vanity reasons. Apple also just announced that the watch's battery life will last 18 hours (a.k.a. all day), so finding a place to recharge it won't be an issue.

4. Apple Pay: Double-click a button on the side of Apple Watch, hold it up next to a merchant's payment reader, and boom—you've just paid for a souvenir mouse mug at Walt Disney World in Florida without even touching your wallet. So far, Apple Pay is only available at major chains (think Chevron and McDonald's), but depending on whether this thing takes off, you could be paying for a pork schnitzel in Germany with your timepiece in the near future. That's good for travelers who are nervous about carrying cash or too many credit cards in foreign cities. Even if a thief lifts your Apple Watch, the device senses that no one is wearing it and goes into lockdown mode until a code is entered to activate Apple Pay again.

5. All-day fitness tracker: When you're eating your way through Rome or ordering your third piña colada of the day at an all-inclusive, your usual gym routine can go by the wayside. Enter the Apple Watch's Activity app, including an accelerometer to track your body's movements, plus a sensor that measures intensity via your heart rate. Combine those functions with the GPS and Wi-Fi in your phone that record the distance you've trekked, and Apple Watch spits all that data out in handy little charts, including how many calories you've burned. If you see that you've barely moved that day, save for a leisurely stroll to your beachside lounger, you'll know to schedule a salsa dancing class that evening or a hike the next day. There's a reminder to stand up for at least a minute every hour too—handy for long flights. Conversely, if you're actively pounding the pavement to see a new city's sights, it'll be fun to gauge how much your activity has increased from the norm. Which means more ricotta cannoli for you, guilt-free.