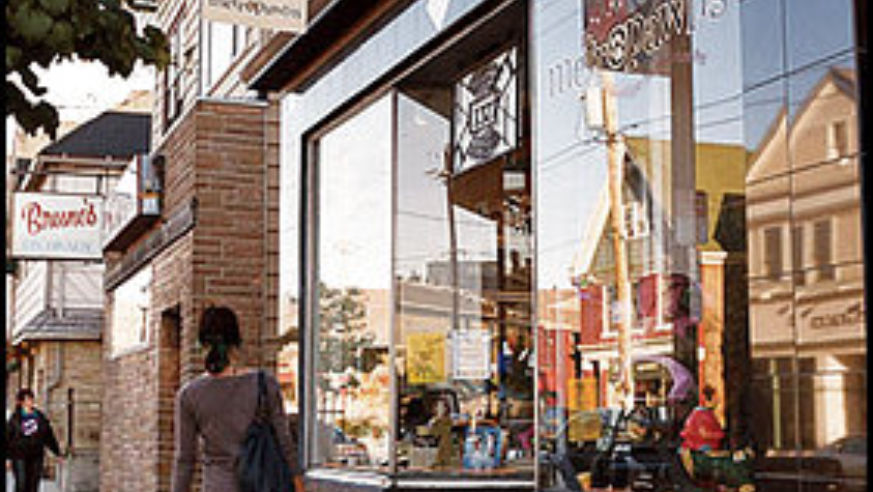 The city has always been a nice place. Recent improvements, however, have also made it a nice place to visit

At 17, I was never too pooped to polka. I grew up in the suburbs of Milwaukee, and on Friday nights, a group of friends from high school and I would go to a restaurant outside town called Etzel's. It was a classic wood-paneled German-American joint, the kind of place where Friday night's fish fry was the biggest event around. We would drink beer, and once the polka band started up, we'd swing into action. Part of the fun was asking folks to join us in kicking up our heels to "Roll Out the Barrel."

It was a blast, but it was also proof of something I feared: Milwaukee was irredeemably dorky. In the mid-1980s, the city was most famous for Laverne & Shirley, a reference still maddeningly brought up by everyone not from there. A friendly, safe place to grow up? Definitely. But cool it was not.

At the time, I didn't understand a fundamental principle by which Milwaukeeans live. They feel their hometown is a wonderful place that, with a little effort, could get even better.

I went to Milwaukee recently, accompanied by Sam and Stephanie, two high school friends who were my polka partners at Etzel's, and we were pleasantly surprised by the results of that can-do spirit. Take the Milwaukee Art Museum. I had always been put off by the severe modernism of the 1957 Eero Saarinen building. But I loved what was inside, especially a groovy walk-in conceptual art piece that simulated deep space. Putting a treasure like that in such a building seemed like storing a bouquet of roses in a filing cabinet.

I later came to love modernism. Even as I changed, however, the museum changed, too. In 2001, Spanish architect Santiago Calatrava installed a 90-foot-high reception hall topped by movable louvers--in essence, a huge sunroof. And it gave the city a skyline icon--a mast-like spire with two wings that soar out over Lake Michigan. Constructing the enormously expensive building got the museum into financial troubles. To me, it felt like Milwaukee was finally reaching for the stars, which can mean overreaching a bit.

Back in the day, overreaching mainly applied to portions of food. Quantity, not quality, was the culinary rule. My friend Diane and I used to joke about wearing out the treads in our shoes because we made so many trips to a favorite buffet.

Certainly there were exceptions. My parents introduced me and my sister to morels and other fancy foods at Sanford's, back when restaurants like that were rare. Today Sanford's is in good company. In 1999, the chef/owner at Sanford's, Sandy D'Amato, opened Coquette Cafe, a wonderful bistro. Eating coq au vin with smoked bacon, I could just as easily have been in New York or Paris. Roots, which styles itself after the artisanal restaurants of California, is a terrific addition to the scene. One of the restaurant's partners grows organic produce on a 67-acre farm outside of town. The unusual dishes--grilled pigeon peas with a green chili and tomato confit--are a far cry from a fish fry. And now home chefs have all the artisanal ingredients they need, thanks to the new Milwaukee Public Market, with food from local farmers and purveyors.

The food scene isn't the only thing being updated. A neighborhood called Avenues West is in the midst of a long-necessary revival. It has a glorious architectural past; the westernmost stretch of Wisconsin Avenue was a late-19th- century Milwaukee version of Millionaire's Row. Many of the mansions had been torn down, however, and for the past few decades, Avenues West didn't have much tourist appeal. One grand building that was spared is the Ambassador Hotel, an art deco beauty built in 1928. (In the 1950s, a relative of mine was married there.) As a bellboy cheerfully told me, the hotel had become downright "nasty," and last year, it emerged from a spiffy transformation. Stephanie and Sam, raised in the suburbs like I was, were skeptical when I told them about the Ambassador's location. But once they saw the restored marble floors and etched-glass sconces in the lobby, they were impressed.

On our last day, we had a whole lot of plans. Unfortunately, Etzel's wasn't in the cards, because it has closed. But we were able to revisit another old favorite: Kopp's, a 1950s-style hamburger joint with top-notch frozen custards. The staff is earnest in that Milwaukee way ("I'm sorry, we sure don't have any more Butter Brickle"). Then we went to a Brewers game. I was ready to hate Miller Park, the new baseball stadium. I thought the domed glass-and-steel building would be a little too shiny.

The concrete floors of the stadium positively gleamed, and there was corporate sponsorship everywhere. But Bob Uecker, famous for being jokingly clueless in Miller Lite commercials, was still doing the radio broadcast, and a mascot went down a long slide when the Brew Crew got a hit--just as we remembered.

The Brewers won, and the organist even played a strain of "Roll Out the Barrel" to celebrate a hit. To three veteran polka fans, it sure felt like home.