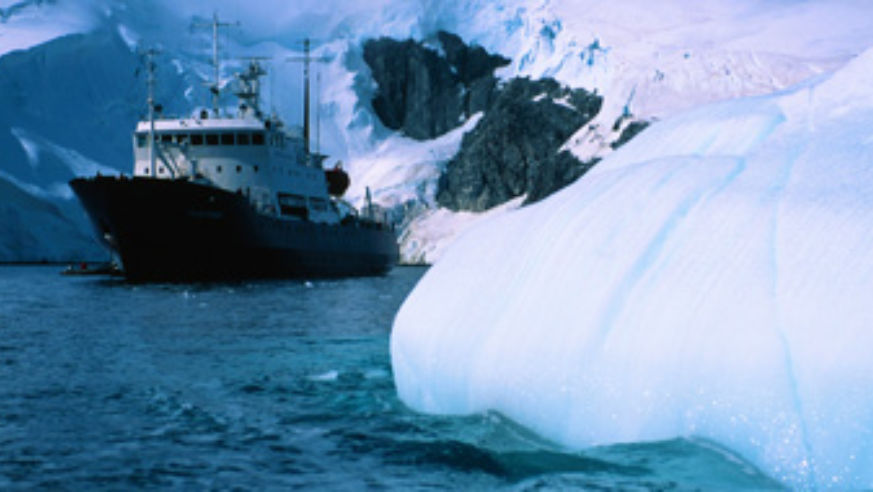 Antarctica now lures 40,000 travelers a year—five times as many as it drew in 1995. But for reasons that aren't fully known, more icebergs appear to have broken off the major ice shelves in recent years. The danger appears to be rising that one of these so-called "growlers" might strike one of the 50 or so ships that visit Antarctica each year.

Today's cruise lines offer enough life preservers and lifeboats to account for every passenger, a lesson learned from the Titanic tragedy.

But the waters of Antarctica are cold and unfriendly. In an emergency, passengers may have to wait hours before boats and helicopters would be able to arrive and rescue every last person. The trouble is that many tourists aren't physically prepared to row a boat in icy seas for hours.

Men's Journal recently reported a number of disturbing incidents. The scariest? In 2007, an iceberg poked a fist-sized hole in the double hull of the cruise ship Explorer. The 154 passengers and crew fled to lifeboats, where they spent several hours in bitter cold temperatures. Luckily, clear weather and relatively calm seas allowed for a rapid response time by a ship 80 miles away. Otherwise, there might have been trouble. For one thing, three of the four lifeboats had engines that couldn't start, according to news reports.

The cruise industry is essentially unregulated in Antarctica. So, if you go, be sure to choose to sail with a well regarded company. Risk-averse? You might relax more if you opt for an icebreaker instead of a traditional cruise ship.

That said, there are many respected tour operator options out there.

The Explorer was manned by G.A.P Adventures, which declined several requests for comment, perhaps because it wants to put the past behind it. But you shouldn't worry about booking a cruise with the tour company. Everyone was successfully rescued from the ship in question during the unusual accident. The company has since re-doubled its efforts to assure safety of all of its passengers, adopting all of the industry's best practices in consultation with outside experts, according to news reports.

Looking online or consulting with a travel agent, you'll find a run to Antarctica costs under $4,000 leaving from Ushuaia, at the tip of Argentina (about a $350 round-trip flight from Buenos Aires, which is itself about $600 from Miami). Because it's convenient to the spindly Antarctic Peninsula, Ushuaia is base to many 100-passenger vessels, primarily Russian-built icebreakers, promising professional lecturers and landfalls by Zodiac dinghy.

Ten-night departures sell for under $4,000 through U.S.-based Adventure Center (800/228-8747, adventurecenter.com). That includes all meals but means sharing a triple cabin; reserving a double adds about $800 to the bill. Some trips don't actually make landfall, so scrutinize the itinerary before you sign on. You might want to find a cruise through the International Association of Antarctica Tour Operators (iaato.org), whose members adhere to stringent environmental guidelines.