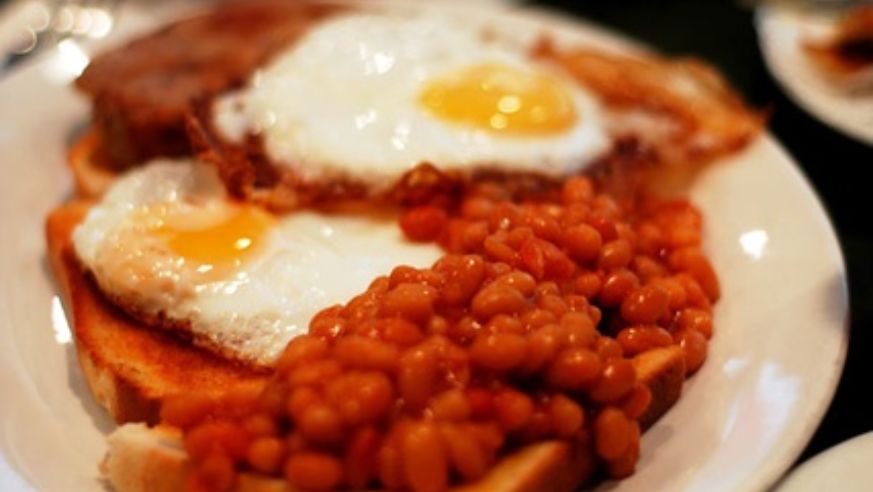 In August 2005, one young Londoner became upset at having bought an unforgiveably mediocre breakfast at a gastropub.

He spoke to his friends about the disappointing meal. They said it was difficult to get a proper English breakfast at a fair price. So he teamed up with his friends and created a website, the London Review of Breakfasts.

So far, 70 reviewers have anonymously reviewed breakfasts. To keep things honest, they write under pen names, such as Chris P. Bacon and Ed Benedict, and they pay their own way. The site has become popular, naturally. Its authors recently scored a book deal.

Today we ask the site's editor "Malcom Eggs" about his tips on finding a good breakfast in London.…

What's your advice to Americans who want to eat a tasty, authentic, and affordable breakfast in London?

You should go to a greasy spoon café—somewhere with plastic chairs and tea in mugs and lots of builders in luminous jackets. They won't do the best food, gastronomically speaking, but that's the truest British breakfast you'll find, and so much of eating is about having the right thing in the right place.

Is there a mistake that American visitors typically make when it comes to breakfast?

The Americans and the British are, of course, divided by a common language. One of my regular American readers is always e-mailing with questions about British breakfast items that get mentioned: "baps" (or large, soft, flattish bread rolls) were a recent confusion.

Also, British cafés are far less tolerant of customising the menu than American diners. You might get away with asking for your bacon crispy, or changing mushrooms for tomatoes, but unless you're completely convinced of your waiter's professionalism, don't ask for both.

• You haven't really been to London unless you've gone to a proper, no-nonsense greasy spoon café and Diana's Diner in Covent Garden is such a perfect example of such a place that one of our reviewers, Cher E Jamm, said, "It made me want to fall to my knees and weep hot tears of joy." She's not usually at all emotional. The food isn't gourmet by any means but it's all about the experience. These places are where the true London happens. (39 Endell St.)

• We haven't yet reviewed it, but the new Saatchi Gallery on King's Rd (in the Duke of York's HQ Building) has an attached restaurant that does a pretty amazing plate of food. It's a splendid place to set yourself up before wandering around the gallery, scratching your head about lots of very challenging modern art. It's an amazing building, and when it's sunny, it's fun to sit outside and watch the chic types wander past in expensive silk scarves. (Sloane Square, Saatchi-Gallery.co.uk.)

• Simpsons-in-the-Strand is a good way to combine history with your breakfast, being about 180 years old and a former haunt of Charles Dickens, Sherlock Holmes, and of course yours truly. This is where I came to agree on a book deal earlier this year and we completely forgot about the book and spent the whole time discussing the breakfast. We thought it was huge, but I think it was pretty normal or even a little small by American standards. Reviewing it in 2006, our man Blake Pudding said the kedgeree was "gooey and beautifully spiced like a kind of Anglo-Indian risotto." (100 Strand, simpsonsinthestrand.co.uk)

New ceramics gallery at The V&A

Where to eat and sleep in London? (50+ comments)