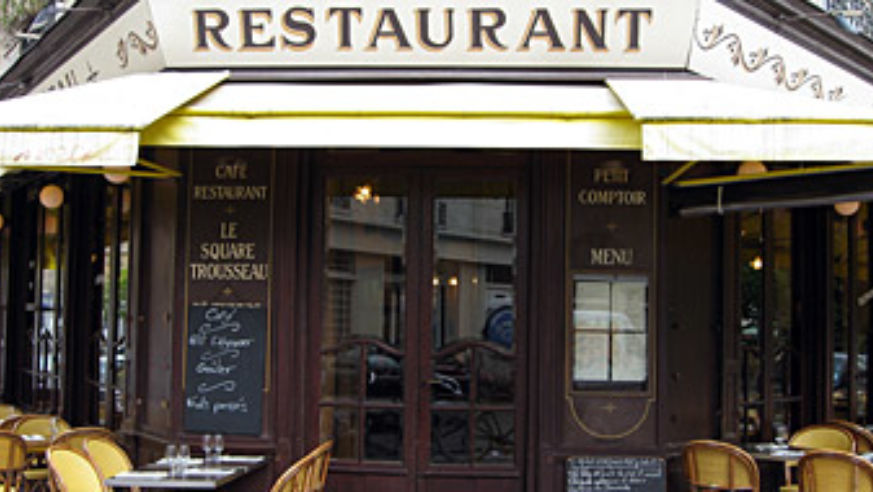 Restaurants in France go by their own set of rules. You'll have a better experience—and reduce your chances of provoking the "rude" waiter—once you know what's appropriate.

Non (no): Tip-seeking waiters in American restaurants rarely say no to our requests to add, subtract, and mix and match menu ingredients. The American motto may be "have it your way." Not so in France, where you shouldn't ask the chef to put the sauce from the salmon dish on the halibut instead.

Oui (yes): If there's a single ingredient that you'd like to leave off (for example: "no spinach on my pizza"), the restaurant will probably honor your request. The French word for "without" is "sans," so put on your best smile and order "sans epinards (or whatever the detested ingredient), s'il vous plat."

Not Ordering the Full Meal

Non (no): Sit down in a Paris restaurant and you'll be expected to order a meal. For locals, that's often three courses—an entrée (starter), amain dish (plat), and a dessert. Although you don't need to order all three, you can rarely get away with just ordering an entrée (starter). The same goes for dessert.

Oui (yes): Don't have the hunger or funds for three courses? You can order a main dish (plat) without the starter or dessert. It's less common, so the waiter will probably ask "c'est tout?" (that's all?). Just smile and say "oui, merci" (yes, thanks).

The exceptions: In the past, I've ordered two starters for my main course by asking "est-ce que je pourrait avoir deux entrées pour mon plat, s'il vous plaît?" I wouldn't dare to do this at an upscale place, but neighborhood joints can be very accommodating if you ask nicely. In addition, informal places that specialize in quick service (think croque monsieur or falafel sandwich) will have fewer rules than a "real" restaurant.

Have a question about restaurant behavior? Ask it in the comments.