Are You An Expert Packer? 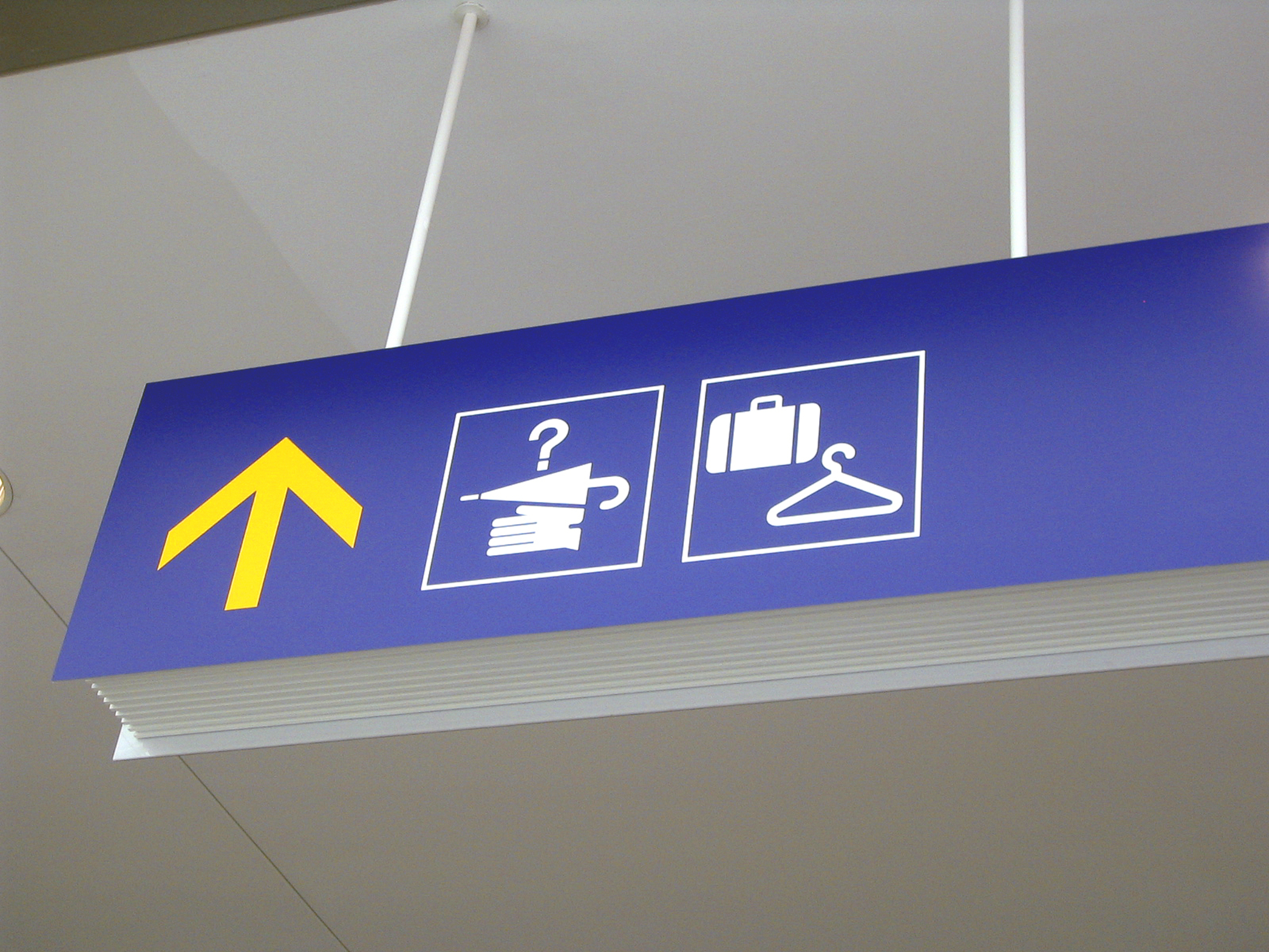 Think you know a thing or two about packing for a trip? Do you fold? Or roll? Do you plan your outfits in advance? Perhaps most importantly, how many pairs of underwear do you pack?

A recent study by Cheapflights.com revealed some helpful (and sometimes entertaining!) details about the packing habits of American travelers. Do you recognize your own packing techniques among these findings?

Getting organized. American travelers report some smart organizational thinking that will come as no surprise to experienced Budget Travelers: More than half of us make packing lists, 77 percent plan outfits in advance, and 42 percent start packing two or three days before leaving. On the other hand, 26 percent (including yours truly) tend to wait until the night before a trip.

Ample footwear. Do you tend to pack two or three pairs of shoes? You may be surprised to learn that you’re among the 74 percent who reported doing the same. The footwear-obsessed are in the minority, with 7 percent packing four or five pairs and 2.5 percent packing more than five. And contrary to gender stereotypes, these trends were relatively consistent for male and female travelers.

Packing techniques. While folding clothes remains the go-to method for 70 percent of travelers, 30 percent say they roll their clothes (a wrinkle-reducing, space-saving technique that has been gaining in popularity, thanks in part to coverage by Budget Travel). And if you consider yourself good at packing, it might interest you to know that 81 percent of Americans feel the same way about themselves, even though only 45 percent say they actually wear everything they pack.

To carry-on or check? If you’re like me, you prefer not to check a bag, and 57 percent agree with me on this, so much so, in fact, that 39 percent say they try to push the limits of size and quantity of carry-on. We were impressed to learn that 42 percent weigh their luggage before going to the airport.

Family planning. Whoa. 65 percent of travelers who pack for a spouse or significant other, and 73 percent of those who pack for young children, are women. Speaking as a father of two, I gotta say: Get with it, guys! 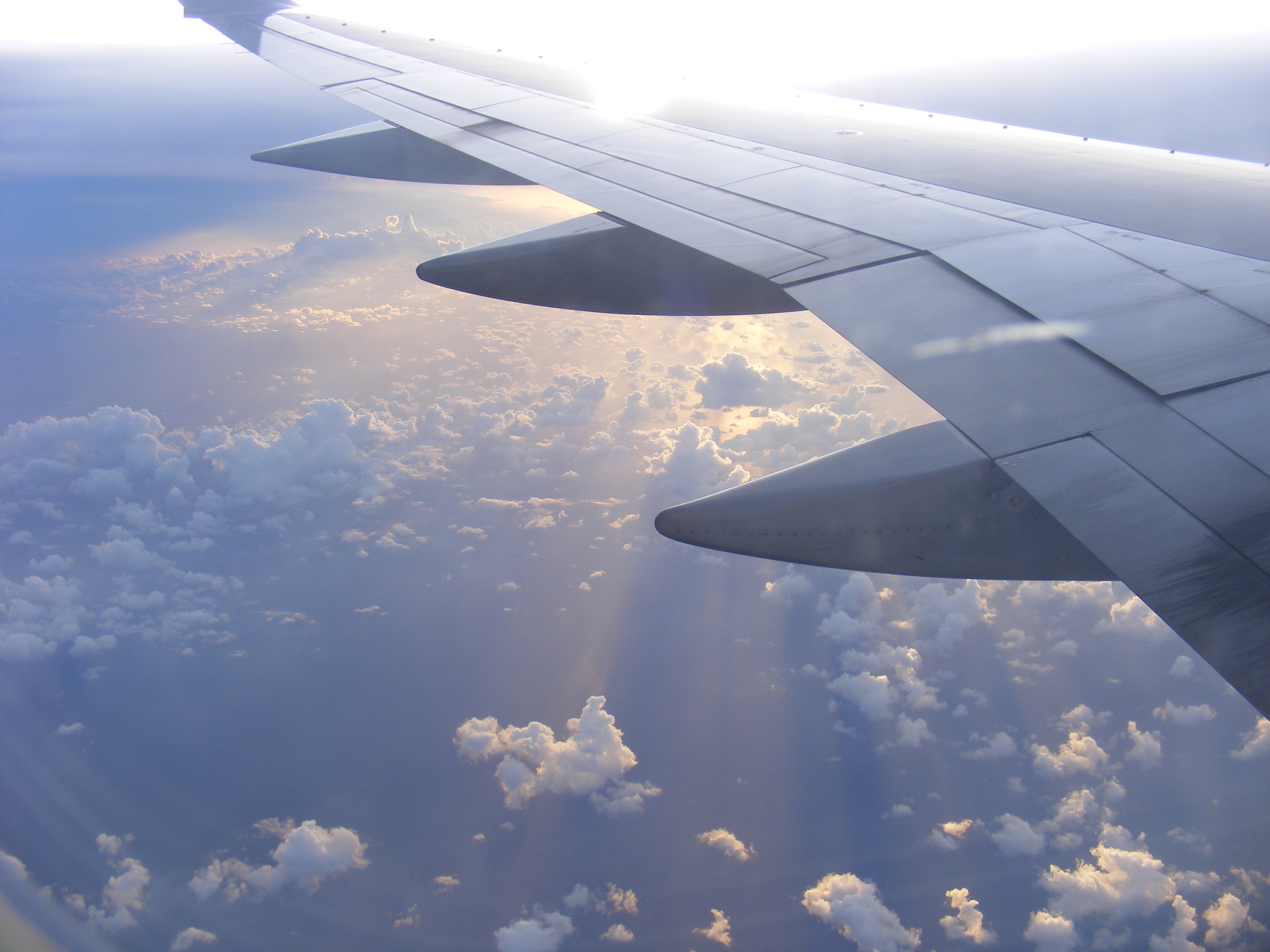 14 Ways to Find Cheap Flights for Thanksgiving and Christmas 2015 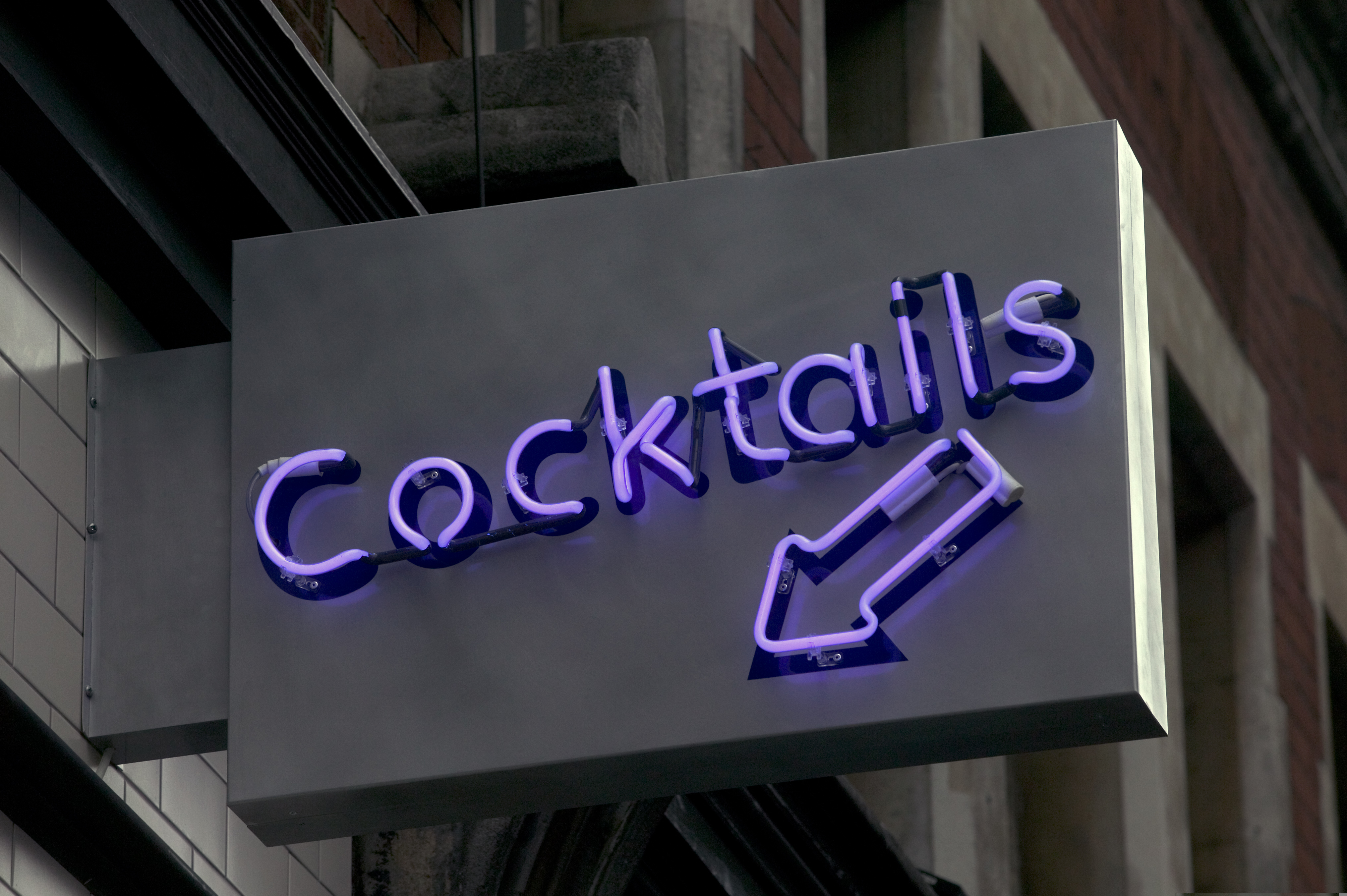 The 10 Most Annoying Hotel Guests

Our friends at Expedia.com did us all a great service by compiling hotel guests’ thoughts on breaches of etiquette, publishing the 10 worst types of rude behavior. “While etiquette violations differ, they tend to come down to the same behavior; whether or not guests respect the strangers in proximity to them,” noted Expedia Vice President John Morrey. Whether you’re one of the 26 percent of travelers who’ve admitted to taking hotel toiletries home with them, the 9 percent who’ve snuck friends into their room for the night, or the 8 percent who’ve actually stolen items from a hotel room, we hope you don’t recognize yourself on the following list of “hotel guests from hell,” ranked in order of heinousness: 1. The inattentive parent 2. The hallway hellraiser 3. The complainer 4. The in-room reveler 5. The bickerer 6. The poolside partyer 7. The “loudly amorous” (we’ll let you figure that one out) 8. The hot tub canoodler 9. The business bar boozer 10. The elevator chatterbox 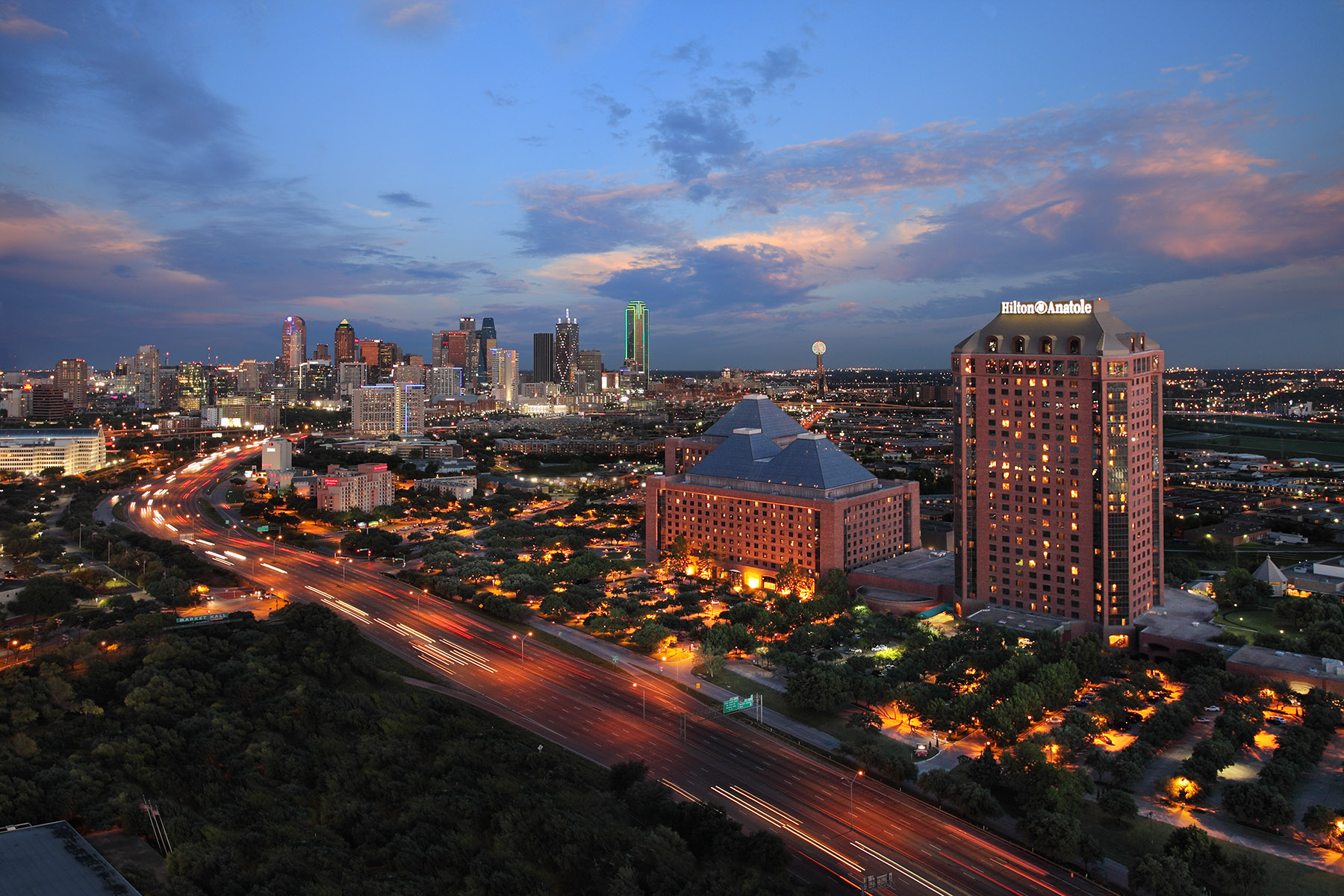 Are you sick of frequent flier miles? The airlines have done a great job of squeezing the value out of these valuable programs, which were once an easy path to free flights. Yet when most people think about credit cards that offer travel rewards, they tend to still picture ones that offer airline miles. By looking beyond airline frequent flier programs, you can earn more versatile, and valuable travel rewards than you may have thought possible. Here are some of the major advantages hotel points have over airline miles. Superior award availability While airlines have been raising the number of miles required for an award flight and cutting the number of seats they offer at the lowest mileage levels, most hotel chains have maintained blissfully simple programs that offer awards that are easy to redeem. For example, the programs offered by Hyatt, Starwood, Hilton, and Wyndham guarantee that you can redeem your points for any unsold standard room, with no blackout dates or capacity controls. This means that you can use your points for rooms at Times Square on New Year's Eve, or in the host city during the Super Bowl, as long as they are still selling standard rooms. In contrast, many airline programs will offer few, if any, award seats at the lowest mileage levels, especially during peak travel periods. Easy ways to earn points Major airlines such as Delta and United no longer offer miles based on the distance flown, which was the whole point of calling them frequent flier miles in the first place. Instead, they changed their programs to offer miles based on the dollars paid, using a formula that results in fewer miles being awarded to most travelers. Meanwhile, hotel programs offer huge numbers of points to guests, with tremendous bonuses for holding elite status and using their co-branded credit cards. For example, the IHG Rewards Club (the loyalty program for Intercontinental, Holiday Inn, and other properties) can offer as many as 20 points per dollar spent to members who have their highest elite status and use the IHG Rewards Club Select credit card from Chase. Better credit card offers Credit cards that offer points with hotel programs can do much more for you than most airline credit cards. For example, the IHG Rewards Club Select credit card from Chase offers all cardholders Platinum Elite status, while Hilton offers four different versions of its HHonors credit card from Citi and American Express, each with Silver or Gold elite status. Having elite status with a hotel program can offer tangible perks such as room upgrades, late checkouts, and even free breakfasts. Great non-hotel awards When you want to use your airline miles for something other than flying, you might have a few choices, but they tend to be unattractive. But when you accumulate a bunch of hotel points you can have many great options—the IHG Rewards Club offers a Rewards Concierge that can help members redeem points for tours and other travel reservations. And with the Starwood Preferred Guest program, you can transfer points to miles with over thirty different carriers, so you can choose the program that offers the best reward options for your needs. This article was written by Jason Steele, Credit Card Expert at CompareCards.com. 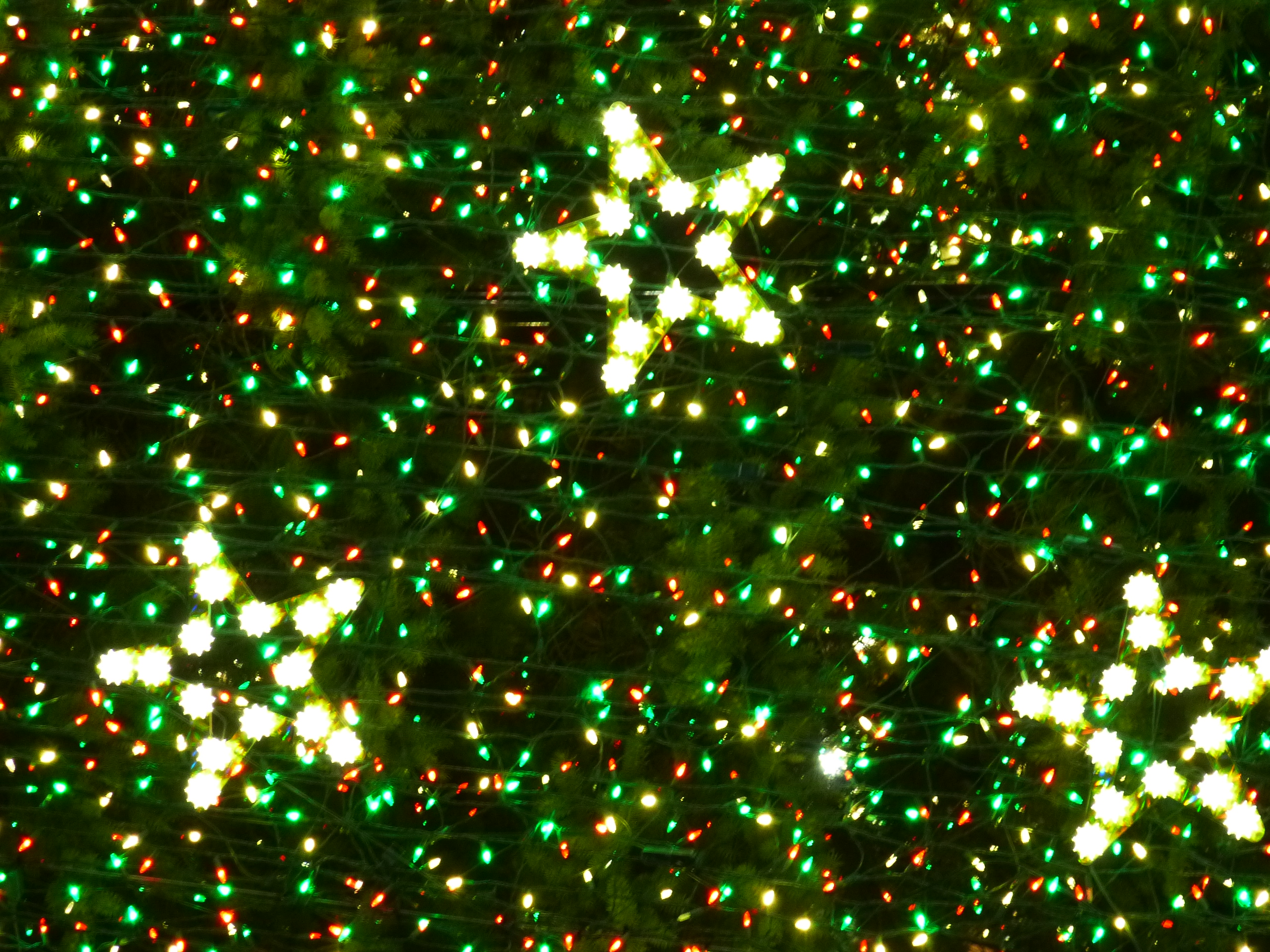 The Best Days to Fly for the Holidays

With domestic airfares down around 9 percent, two-thirds of Americans plan to fly for the holidays. Here's how to beat the crowds and save some bucks: Thanksgiving: Orbitz reports that Wednesday Nov 25 is the busiest day to fly. To avoid those looooong airport lines (and possibly save on airfares), fly on the 24th or on Thanksgiving Day (visitors to BudgetTravel.com tell us they love the peace of flying on holidays). Head home on Monday Nov 30, the quietest travel day. Christmas: Avoid Dec 23, the busiest day. Fly on Christmas Eve or Christmas Day for fewer crowds. The 27th will be the quietest day at the airport. When to buy: Expedia confirms the longstanding rumor that Tuesday is the best day to get a deal on airline tickets. (Because airlines often release new fares early in the week.) 57 days before your trip is the ideal window for a domestic flight. (Yes, that means book your Christmas flight next Tuesday!) And remember... To get the inside scoop on airfare deals, follow all the major US carriers on Twitter and sign up for their e-newsletters.