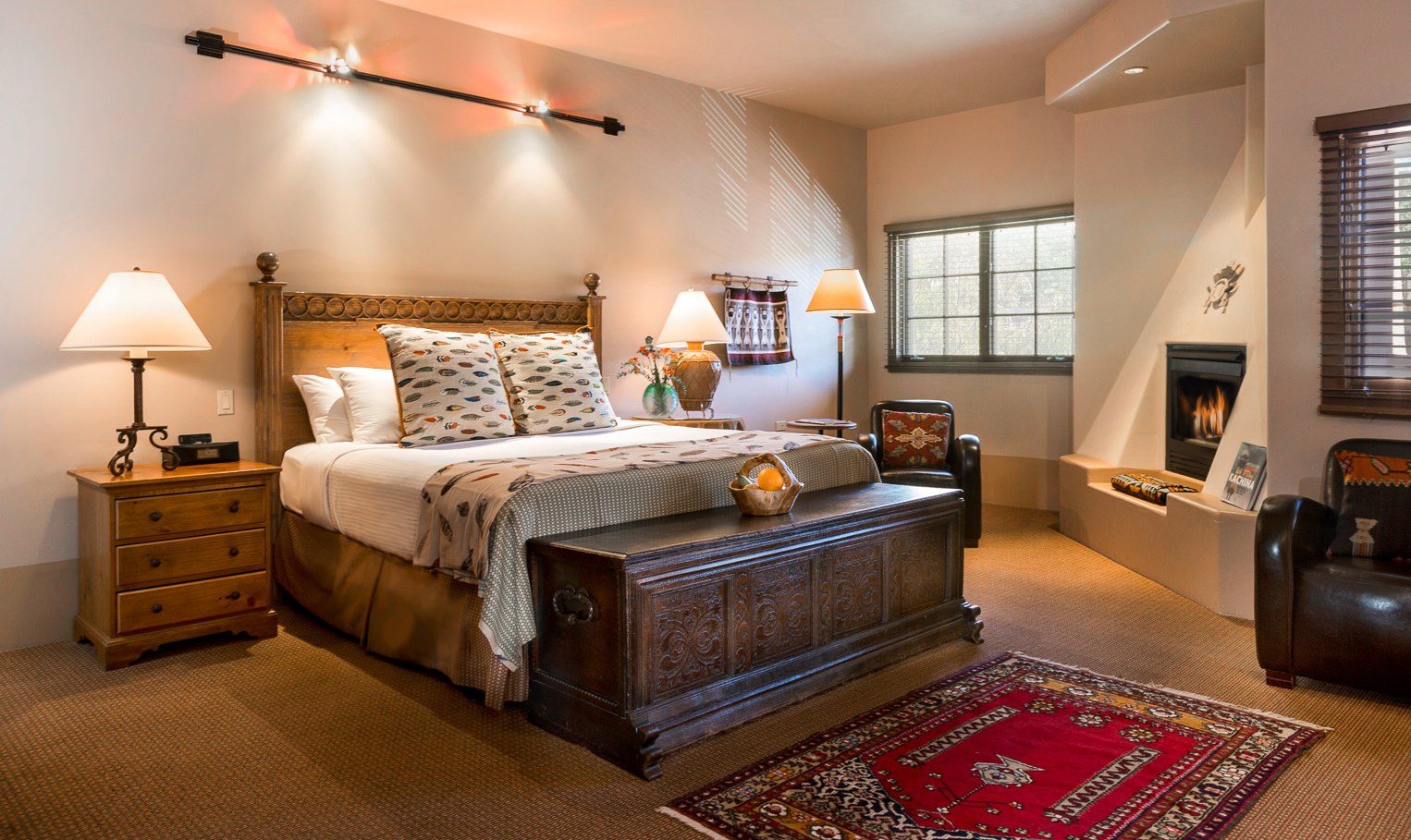 The only majority Native American-owned hotel in downtown Santa Fe offers art, culture, and stand-out accommodations at a fair price.

As soon as you step foot in the lobby at Hotel Santa Fe, it's clear you're somewhere that takes its location seriously. From the rough-hewn vigas, posts, and lintels—hallmarks of the signature Santa Fe Style—in the lobby to the heavy leather furniture, southwestern textiles, and Native American art featured throughout the property, that sense of place permeates every corner. Closer to the Railyard than the hustle and bustle of Santa Fe's historic central Plaza, it makes a good base of operations for exploring both areas. And, as the only Native American-owned hotel downtown, it provides guests with an opportunity to learn a bit more about an underrepresented culture and history, all while supporting the local economy.

Hotel Santa Fe opened in 1991, but its story begins in 1988, when the idea of a collaboration between local business folks and the Picurís Pueblo, one of 23 tribes in New Mexico, was first floated. At that time, other Pueblos in the area were looking to casinos to provide revenue streams, but given its remote mountain location, that wasn’t an option for the Picurís, so the Bureau of Indian Affairs suggested looking to Santa Fe and its robust tourism industry for opportunities. That partnership produced the only property in the city’s downtown area that’s majority Native American–owned, and it offers guests a unique glimpse of Picurís Pueblo art and culture, from sculpture and storytelling to drumming and dance.

Though its adobe exterior lends an air of antiquity, Hotel Santa Fe’s accommodations are anything but. Each of the 28 rooms and 90 suites is kitted out with crisp white sheets, down comforters, granite bathroom vanities, and southwestern-style pine furnishings, while the 35 rooms and suites in the Hacienda, a separate building with a more exclusive, upscale feel, come equipped with remote-controlled fireplaces, professional butler service, and walk-in showers. All rooms have WiFi and fully stocked minibars.

A few years before the hotel’s partners acquired the land upon which they’d eventually build, the city announced plans to revitalize the Railyard. It would take more than 20 years for then Mayor Montaño’s vision to be realized, but after the project finally debuted in 2008, Hotel Santa Fe was literally in prime position: a five-minute walk to avant-garde art at SITE Santa Fe in the Railyard, with its galleries, shops, and fantastic farmers’ market, but still only 15 minutes from the historic Plaza and its surrounding museums, restaurants, and bars. Not up for the walk? The hotel has a free shuttle that will deliver guests door to door within a certain radius, so you can leave your car parked in the lot (also free!) without fretting about trying to nab one of those elusive spots downtown.

The City Different is known for its chile and its margaritas, and there are enough of both here to keep even the biggest diehard happy—and more. Within a couple of blocks of the Hotel Santa Fe, there’s a brewery, a hard-cider taproom, and a distillery, not to mention coffee shops and cafes, so guests should have no trouble quenching their thirst; nearby snack options include a hot-dog spot and Sage Bakehouse, known for its green-chili cheese bread and flaky almond croissants. For a more substantial meal, venture a few blocks north to Cowgirl BBQ for smoked meats and chiles rellenos, and a few blocks further for legendary breakfast burritos at Tia Sophia’s, blue-corn pancakes at La Fonda on the Plaza, crowd-pleasers like queso, guac, ground-beef tacos, and margaritas at the Shed, and four-star modern Mexican moles at Sazón. At the hotel itself, Amaya serves a seasonally appropriate menu combining local Pueblo and northern New Mexican cuisines; between Memorial Day and Labor Day, private family-style dinners are also available in a teepee that comes complete with traditional hides and blankets. If you’ve opted for a room in the Hacienda, you’ll have access to an “afternoon reception” (otherwise known as happy hour) on the sixth floor, with complimentary drinks, hors d'oeuvres, and city views from the terrace.

Santa Fe’s art scene is justly renowned, and you don’t have to step foot off the property to see why. (Though you should!) The hotel is home to a multimillion-dollar collection of Native American art, and paintings, pottery, and sculpture are interspersed inside and out. There’s live music in the lounge on Fridays and Saturdays, as well as a spa, a heated pool (closed from about Thanksgiving to Easter), and a hot tub. The spa menu features the usual suspects—massage, reflexology, facials, and the like—but even if you’re not going to spend time on the treatment table, it’s worth a trip to upstairs just to gawk at the gorgeous wall of crystals at the entrance.

How to Have a Fun, Low-Key Weekend in San Francisco 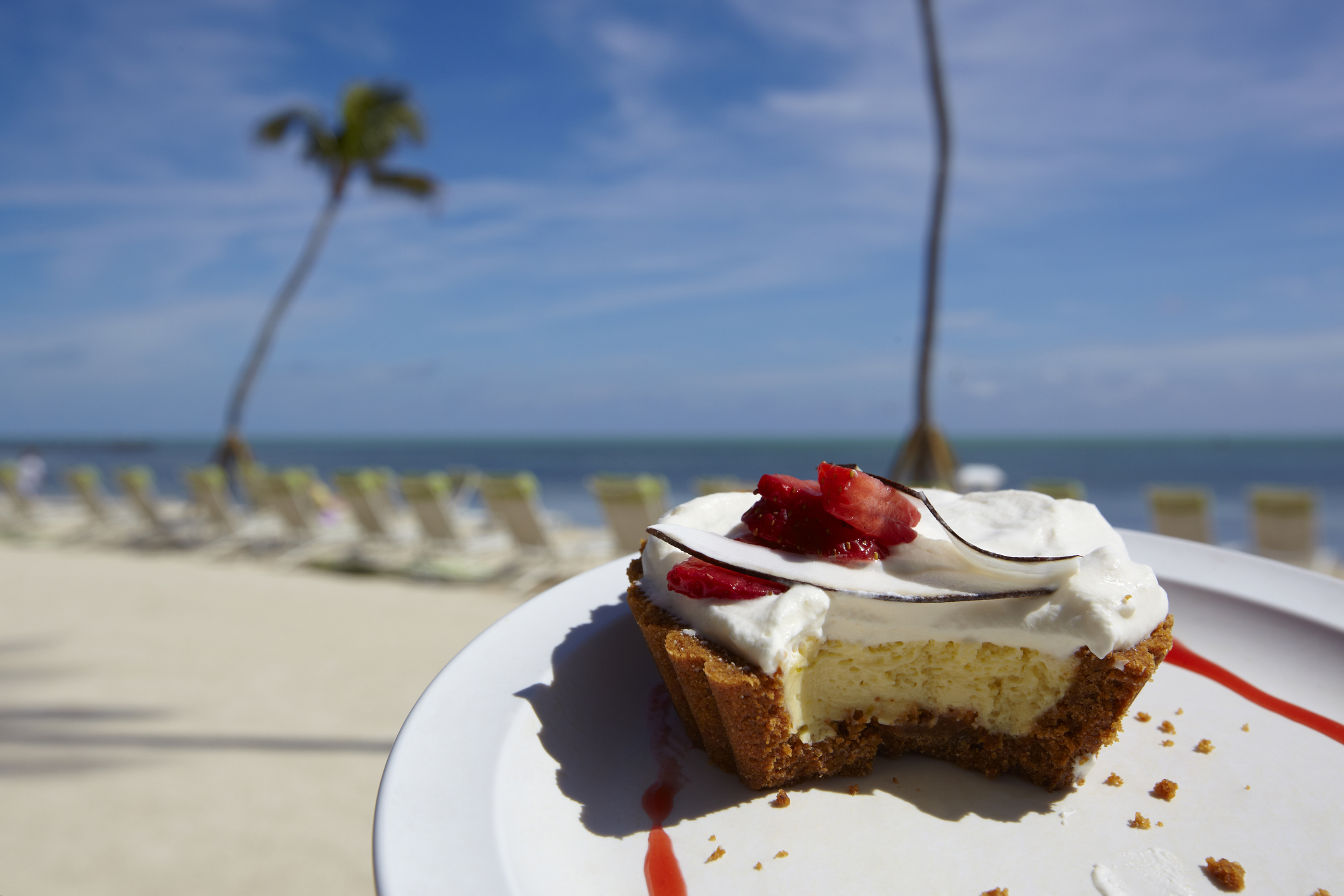 Where Is the Best Pie in America?

Key Lime pie. Boston cream pie. New York cheesecake. We’ve noticed that some of our favorite baked goods share the names of some of our favorite travel destinations. As National Pi Day rolls around (March 14... 3.14, get it?), we figured we’d ask: What’s your favorite slice of pie in the U.S.? PIE + VACATION = HEAVEN One of the joys of being on vacation is saving room and time for a spectacular dessert you've never tried, and a slice of pie just seems to hit the spot whether you’re in the mountains, at the beach, or exploring a big city. As for favorites, I’ll go first. When I take my family on an epic road trip across western Montana, we basically turn handstands over the incredible array of huckleberry pie available just about everywhere. Sure, the huckleberry season is short up there in the Rockies, and grizzly bears do their best to clear out the bushes before we humans can harvest the berries, but I vote for huckleberry pie as my favorite. TRADITIONAL VS. FANCY? When we say the word “pie,” unadorned with an adjective, most of us tend to picture an apple pie, maybe with traditional crust punctured with a fork, or a more ambitious latticework of pie crust. When it comes to naming your favorite pie, some of you fall on the traditional side (my huckleberry pie vote definitely leans toward the traditional), while others may prefer what I think of as a little “fancy”: I’m thinking Key Lime, New York cheesecake (which, let’s be honest, even though it has the word “cake” in its name, is totally a pie), lemon meringue, those pies that take a bit more, let’s call it alchemy in the kitchen. Then, of course, there’s the whole question of whether cobblers and crumbles count? (I tend to think: Why the heck not?) TELL US: WHERE CAN WE GET THE BEST PIE? Finally, because we’re all about travel, we’d like to hear the region where you particularly enjoy eating pie. Upstate New York may have an edge on fresh apple pie, Wisconsin’s Door County sure knows how to do cherry pie, and, of course, the Florida Keys may produce the finest Key Lime pie for obvious reasons. But tell us about the coolest bakeries, the funkiest restaurants, or sweet little shops where you’ve made fabulous pie discoveries. We want to know: Where is the best pie in America? Your answers may appear in an upcoming story on BudgetTravel.com. 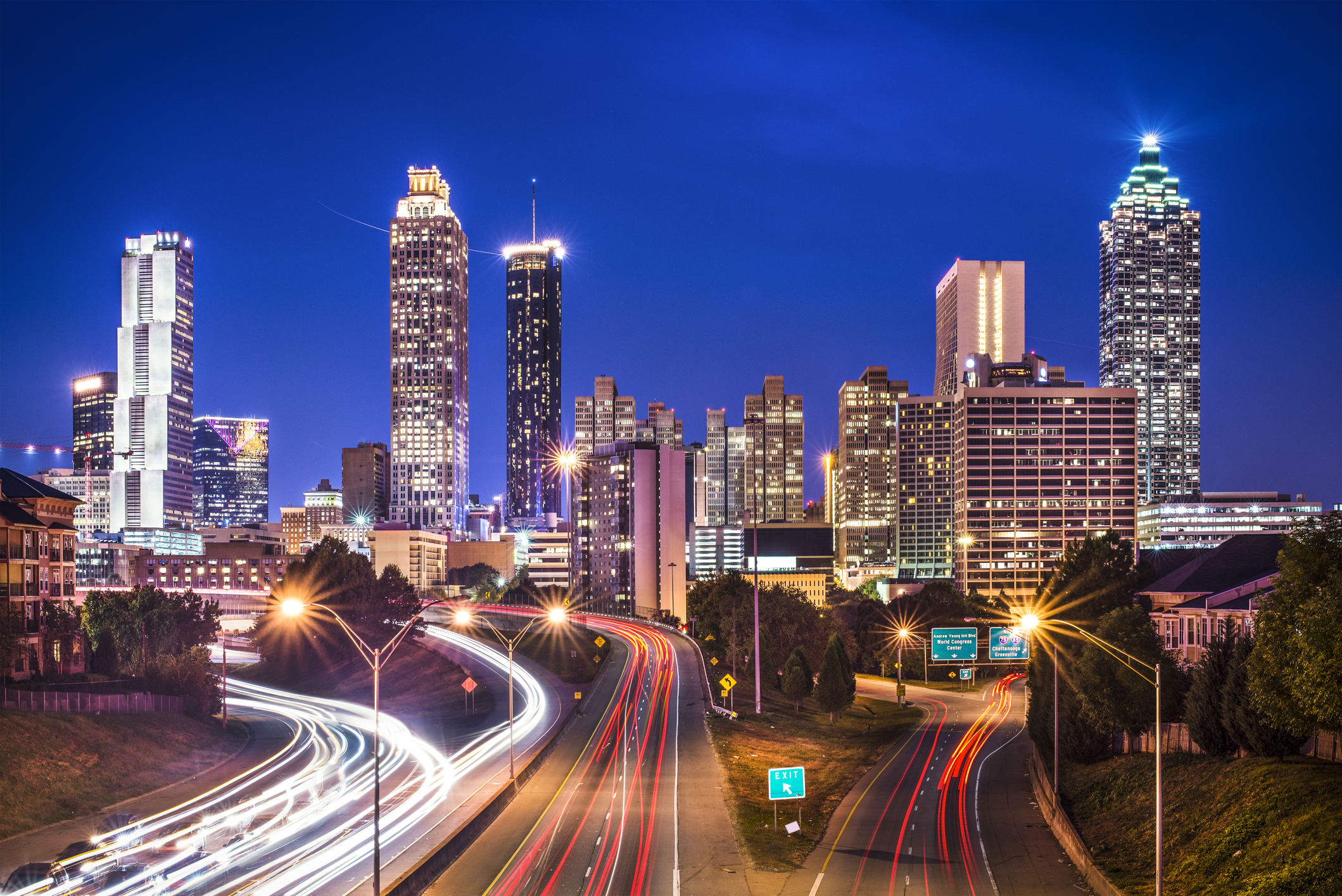 These Spots Win the "Travel Oscars"

Film location scouts spend a lot of their time on the road zeroing in on the most drop-dead gorgeous, or creepy, or sophisticated places for film crews to work their magic. Each year, devoted travelers play "location scout" themselves by evaluating some of the top Oscar-nominated films for vacation-worthy destinations. Here, three of this year's winners. ASHEVILLE &amp; SYLVA, NC The title Three Billboards Outside Ebbing, Missouri might suggest to you that the film was not shot anywhere near North Carolina. But the town of Sylva, NC, near Asheville, stood in for the fictional Missouri town in Martin McDonagh’s compelling movie, with local buildings given new facades bearing signs such as “The Ebbing Herald” and “Ebbing Police Department.” And those “three billboards” were shot east of Asheville, near Black Mountain. Local lodging is reliable and affordable, including the Cambria Hotel &amp; Suites Downtown Asheville, which represents what we love about the Cambria brand: its’ devotion to distinctive contemporary design and great service. NEW YORK CITY &amp; WHITE PLAINS, NY Another dose of cognitive dissonance: The Post, Steven Spielberg’s acclaimed film about the Washington Post newspaper was shot, in part, in New York. The old AT&amp;T building in White Plains stood in for the old Post headquarters in DC (which was demolished), and Washington’s streets were re-created, complete with vintage automobiles, on a street in Brooklyn. While the NYC area is notoriously pricey for hotels, good deals are available, and we like The Look Hotel, Red Hook, an Ascend Hotel Collection member (the Ascend brand always delivers freshly designed yet homey properties), and the Cambria Hotel &amp; Suites White Plains Downtown. ATLANTA, GA Baby Driver was shot in the streets of downtown Atlanta, including a car chase on the Buford Highway Connector southbound, and the historic Pullman Yard. Atlanta lodging includes  Inn at the Peachtrees, an Ascend Hotel Collection member, a good base of operations for exploring the city’s historic sites. Last spring, Budget Travel named Asbury Park, NJ, the Coolest Small Town in America 2017. This spring, more than 20,000 people will savor AP’s coolness by attending the annual Asbury Park Music &amp; Film Festival (April 27 - 29, apmff.org). AN AFFORDABLE FESTIVAL With festival tickets starting at $20, Budget Travelers will swarm iconic Asbury Park venues like the Wonder Bar, Stone Pony, and Paramount Theatre to catch acts that include Sublime with Rome, an evening with Danny DeVito, Built to Spill, North Mississippi All-Stars, Low Cut Connie, Bobby Bandiera, and more. A MUSICAL MECCA This shore town has been a hotbed of American music for decades, including the classic bandstand concerts of the early 20th century and the rock and soul scene of the ’60s and ’70s that gave birth to Bruce Springsteen and the E Street Band, David Sancious, Southside Johnny and the Asbury Jukes, and Little Steven and the Disciples of Soul. GREAT HOTELS Speaking of rock and soul, a beautiful exhibit of images of Asbury Park’s musical greats shot by photographer Danny Clinch is on display at Soundbooth, the lobby bar at the newly opened Asbury Hotel (theasburyhotel.com), which has a book-one-night-get-the-second-night-free offer through May 24. Asbury Park offers an array of reliable and affordable lodging that gets you close to the beach, boardwalk, restaurants, and music.