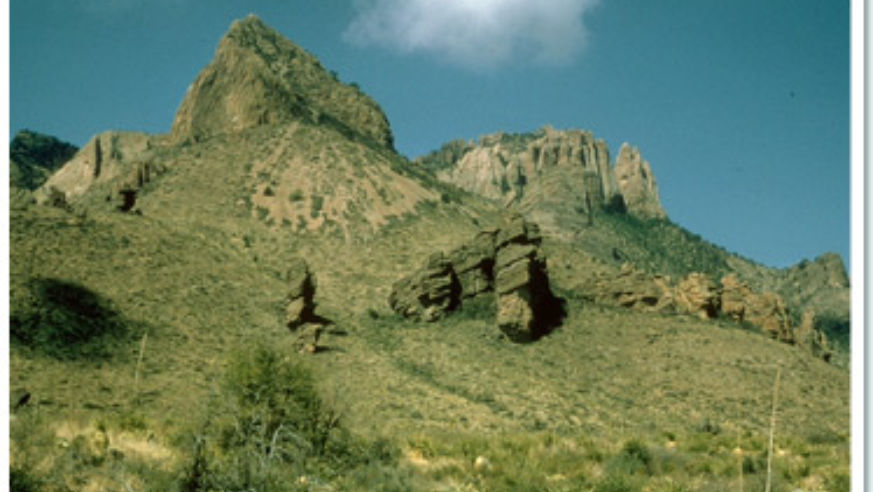 Texas's Big Bend has 450 species of birds , and South Dakota's Wind Cave is home to bison, prairie dogs, and antelope. Experience it all for yourself&#151;and practically by yourself&#151;in fall.

Big Bend in Texas is one of the least-visited national parks, and its 800,000 acres of rugged mountains, canyons, and deserts are never emptier than in late summer and fall, despite pleasant weather. The busiest months are March and April, when the wildflowers of spring first make an appearance. Fewer visitors are aware that after a scorching May and June--"mind-numbingly miserable," according to park ranger Eric Leonard--late summer rains produce a second bloom of flowers, with purple ceniza and long-spur columbine sprouting up in August. Butterflies such as the two-tailed swallowtail, the Mexican yellow, the red spotted admiral, and the California sister flit through the flower fields. The "rainy season," when Big Bend averages between two and three inches of rain per month, lasts through October. The desert turns surprisingly green, and the Rio Grande sometimes overflows into the flood plains. By October the daytime highs are in the 70s, which is downright chilly compared to the three-digit temps of June. It's comfortable enough to hike through the desert or up into the Chisos Mountains. You're bound to spot a few of the 450 bird species in the park, and perhaps even a mountain lion or black bear.

Another suggestion is Wind Cave in South Dakota. Like neighboring parks, summer is peak season. October is when the crowds have dwindled and when the elk put on a concert of sorts. Every evening, bull elk emit eerie, high-pitched wails that echo through the ponderosa forests. It's called bugling, and it's part of an annual mating ritual that males use to protect their harems from would-be suitors. The bugling is said to also relieve stress on the bulls' shoulders and necks, which swell due to increased testosterone levels. You should always stay a safe distance away from the elk, especially during mating season. A good place to listen in is right outside your car on Route 87, a few miles north of the visitors center. The 28,295-acre park is also home to bison, mule deer, prairie dogs, antelope, and of course its namesake attraction: a cave in which the temperature is 53 degrees year-round (and protected from cool autumn breezes). "It's really like two parks in one here," says Tom Farrell, chief of interpretation. "You can arrive in the morning and wander through the fourth-longest cave in the world, then hike in the afternoon, and listen to the elk bugle in the evening."

Wake Up! Hitting the trail early is always rewarding. The best times for spotting wildlife are just after the sun rises and just before it sets. Conveniently, the sunlight during early morning and dusk is also great for taking photos.

Take Advantage of Off-Season
Autumn is a slow period at most parks, when you can even find solitude at hugely popular destinations such as the Grand Canyon. Last October, the chasm brought in around 365,000 visitors, compared to 651,000 in July. October is when the weather is nice throughout the park—highs of 86 at the bottom of the canyon and 65 on top of the South Rim, compared to 106 and 84 respectively in July. The first couple weeks of October are also your last chance to check out the less-visited North Rim before access is shut down for the snowy season. Deep winter is even quieter than the fall at the Grand Canyon, but by then the hiking trails are usually covered in snow—and this sure isn't the place you want to risk slipping and taking a tumble.