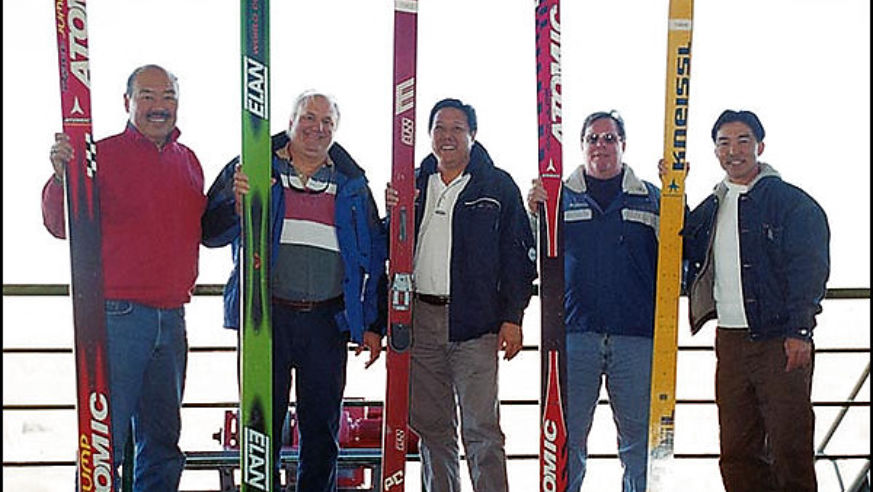 Using our powers for the good of the people: Hawaiians head for the snow, and we send them on a bobsled ride.

In the middle of winter, everyone dreams of a vacation in the tropics. But what if you already live there? Hawaii natives Alvin Imada, Michael Louie, Alex Wilt, Blenn Fujimoto, and John Doty head for the snow. "We started skiing about 15 years ago and have been going ever since," says Michael.

On previous trips, they skied Vail and Whistler; this year they decided to try Banff in Alberta. Since nearby Calgary is home to Canada Olympic Park--a winter-sports facility built for the 1988 Games--we arranged another change of pace for the Hawaiians: a private bobsled ride down the same 1,500-meter track used competitively in '88 (and the one that the Jamaican bobsled team, made famous in Cool Runnings, trained on).

A driver led the men on two runs, during which they endured gravitational forces similar to those experienced on a space-shuttle liftoff. "We thought it would be like a Disney ride," says Michael. "We didn't realize it'd be so intense. We pulled over four G's!"