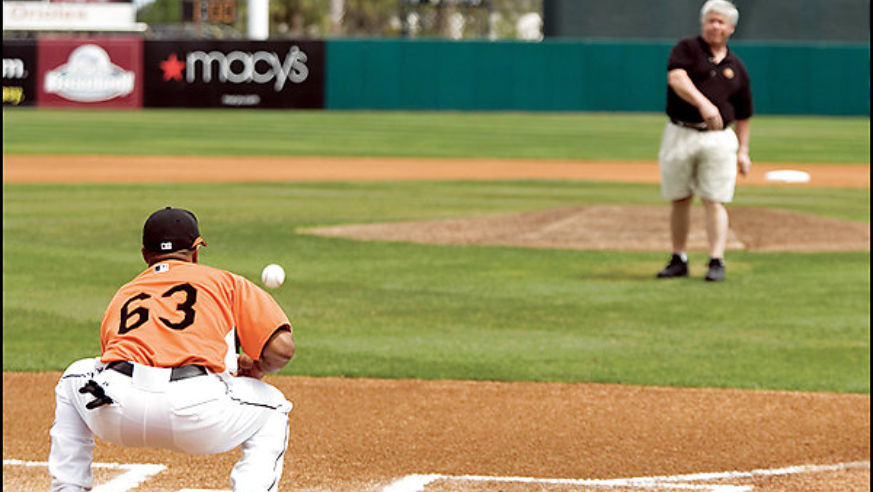 A lifelong Orioles fan flies to Ft. Lauderdale for spring training--and gets to throw out the first pitch.

The Budget Travel Upgrade: I'd seen the Orioles in good times and bad," says Jim Moore, a fan of the team since he grew up in Baltimore. "But I'd never seen them in spring training." So this year, he and his girlfriend, Patrice O'Neil, flew from New England down to Fort Lauderdale to watch the action up close.

During a game against the Los Angeles Dodgers, the Orioles gave Jim an experience he'll never forget. First, he watched batting practice from a spot directly behind home plate. "I could see how much the ball really moves because of the spin," he says. "I now have a great deal more respect for people who have to catch it." Afterward, Jim's favorite player, second baseman Brian Roberts, greeted him in the dugout.

The best was still to come: Jim got to throw out the game's first pitch. "I threw a strike!" he says. "There were 6,000 people in the stands, but when I stepped out onto the field, it was just like when I played back in high school. I focused on what I needed to do and shut out the rest." Baltimore Orioles, orioles.mlb.com, regular season home tickets from $8.