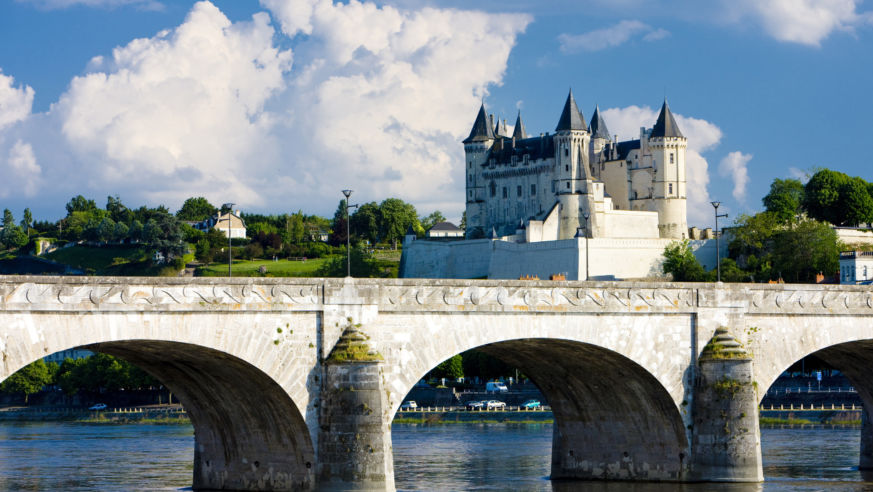 Spend your days cycling through one of France’s major wine regions, your nights savoring the fruits—and the feasts!—of the Loire Valley.

Terroir. Spend any time in one of the world's great wine-producing regions, whether it's Northern California's Napa Valley, Italy's Tuscany, or France's Loire Valley, and you'll eventually hear some version of this evocative term. Derived from the French word for "land," terroir officially refers to the combination of land and climate—the trees, the flowers, the rainfall, the soil itself—that produces a distinctive wine grape. (You may also hear the term used to describe varieties of cocoa and coffee beans and other products.) The best wine regions take terroir quite seriously. So seriously, in fact, that the names of wines—several hundred in France alone—are regulated so that, unless your grape is grown in a designated area, you can't just slap a name (or "appellation"), such as Côte du Rhône or Champagne, on your bottle. That's terroir in its literal, and commercial, sense. But I love how the term has also taken on a larger meaning, evoking the unique sense of place you experience when you immerse yourself in a destination. If the water running down from the mountains and the flowers that grow in the fields can affect the flavor of a grape, then certainly the personality of the people and the daily rhythms of work, food preparation, and leisure time can determine the flavor of a vacation.

And in that sense, terroir is exactly what you get when you rent a bicycle in the charming French town of Saumur and embark on the Loire à Vélo, a cycling trail through the towns and forests, past châteaus and farmland, of one of the country's major wine regions.

WHAT IS LA LOIRE Á VELO? 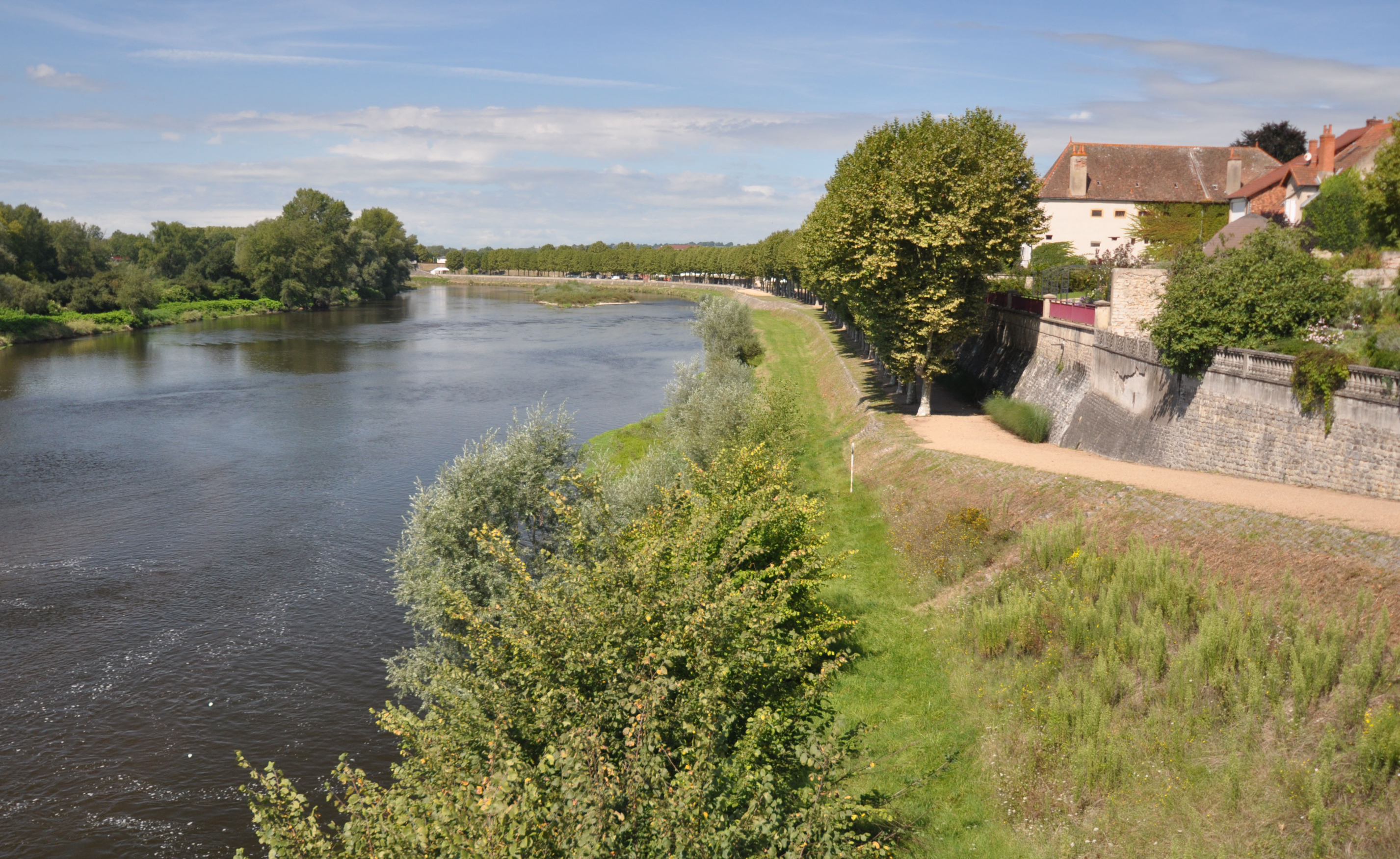 La Loire à Vélo (it means literally "the Loire on a bicycle") is a one-of-a-kind cycling route that traverses more than 500 miles of the Loire Valley, attracting more than 800,000 cyclists each year. Still under construction, the route is literally growing by the kilometer to allow cyclists to explore the region at their own pace, hitting cities such as Nantes and Angers, and getting a taste of the land along the way at châteaus, in tiny villages, and in the dark, chilly, delicious tasting rooms of local wineries. More than a third of the Loire à Vélo consists of quiet roads that don't have much automobile traffic; nearly another third consists of green ways; and another third is closed to cars. Fully two-thirds of the route runs along the Loire River itself, and there are hundreds of spots for cyclists to stop. The Loire River Valley has been a popular cycling destination for years—it's just the kind of place that makes people want to feel the earth under their feet—or under their wheels. The Loire is often referred to as a "fairy tale" destination for its stunning, turreted châteaus (manor houses that were once home to nobility and other serious land owners, including French kings when they wanted to get out of Paris), beautiful forests, and not only the lovely Loire but also the Maine, Vienne, and Indre rivers. The central Loire Valley is a UNESCO World Heritage Site, and the entire valley has been nicknamed the Garden of France not only for the vineyards that grow the grapes for extraordinary wines but also for the rolling farmland that produces bushels of fresh cherries, artichokes, and asparagus. (For Loire à Vélo maps and detailed routes, plus updates on the growing trail, visit cycling-loire.com.)

HOW TO CHOOSE THE RIGHT CYCLE 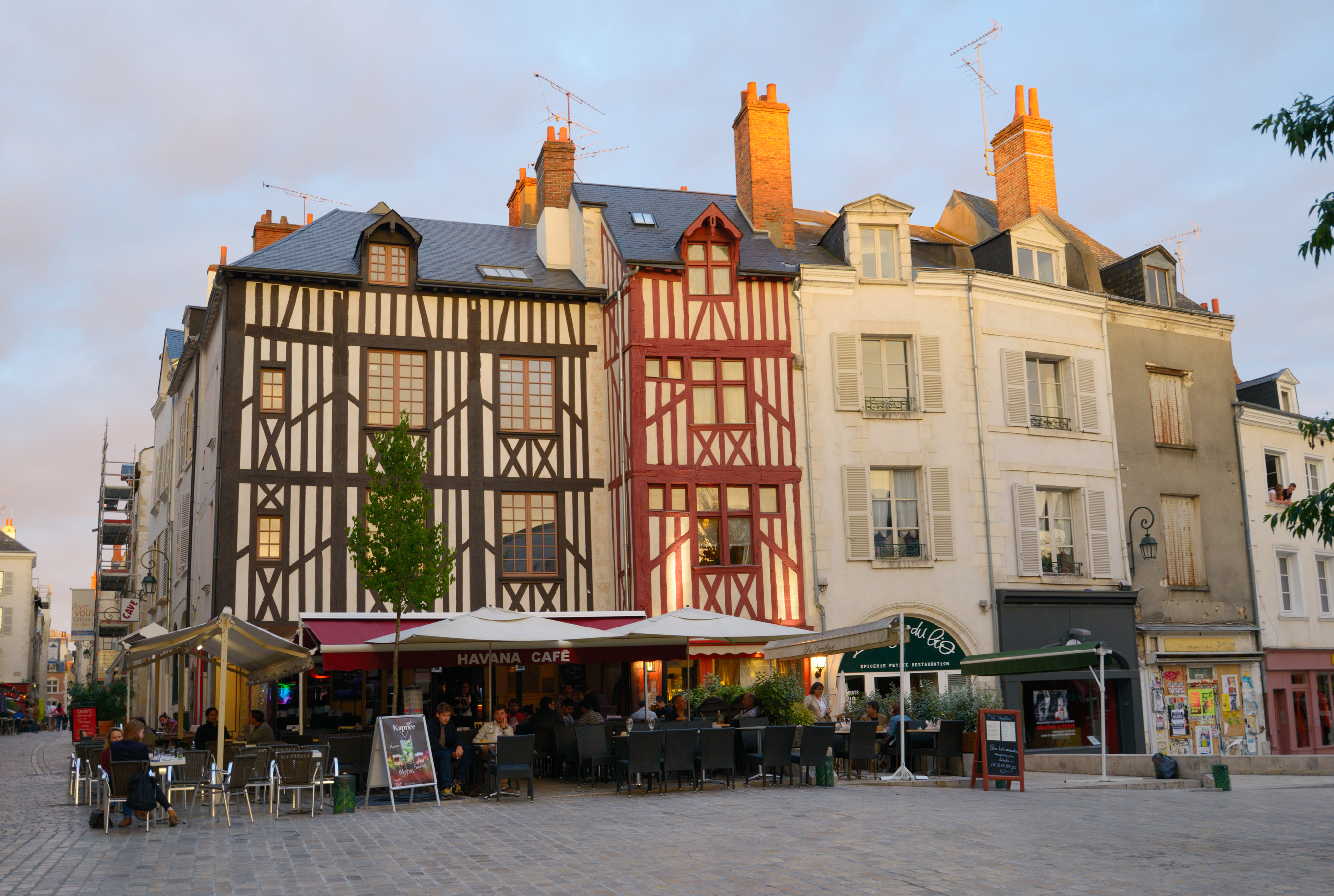 Bicycle rental shops such as Detours de Loire, (detoursdeloire.com) a chain that has a shop in Saumur, are plentiful in the region and, depending on how you arrive in the Loire, may be the most convenient way to get geared up for your ride. Rental-shop owners will usually speak English, and you should let them know your level of skill (be honest—there's no point pretending you know what you're doing if that just translates into mayhem or injury on the trail), and if you have a preference for any particular kind of riding—such as all-terrain cycles, road bikes, or hybrids. A rented cycle should come with a tire pump and repair kit, a bell, properly working gears, and a place to hold a water bottle. If you'll be renting for more than one day, ask about multi-day discount rates. A half-day bike rental typically starts under $20. Another alternative is to bring your own bicycle—high-speed trains allow travelers to zoom from Paris to the city of Angers in about 90 minutes, and local trains link the major towns and cities along the Loire à Vélo, including Orléans, Blois, Tours, Saumur, Angers, Nantes, Saint-Nazaire, and others. Cycling brings hundreds of thousands of visitors to the Loire each year, and local trains are equipped with ample storage space for cycles.

SAVOR THE TOWN OF SAUMUR

Besides the great service you'll get if you rent a bike at Saumur's Detours de Loire, the town is also a great place to base yourself for a few days. It happens to be the headquarters of the French national riding academy, produces 100,000 tons of mushrooms each year, and the nearby winery area, Saumur-Champigny, produces tasty Cabernet Franc (the basis of many popular red wines) and tasty white Chenin Blanc. (Due to the Loire Valley's cool climate, not only the white wines of the region but also the reds tend to be on the pleasantly crisp side.) Be sure to park your bike outside a unique restaurant, Bistroglo (bistroglo.com), and enjoy the wines—and the mushrooms—of the area at this bar/bistro that has been literally carved out of the limestone cliffs in nearby Turquant. (The caves of the Loire serve as underground mushroom farms and the perfect place for aging wine casks, helping to impart a certain je ne sais pas to the wine's taste.) When you're ready to take to the trail, head east—Château du Petit Thouars is an hour's leisurely ride from Saumur and you will pedal through the pretty villages of Candes-Saint-Martin and Montsoreau on the way. When you arrive at Château du Petit Thouars, (chateaudptwines.com) in Saint-Germain-sur-Vienne, get ready to spit. In the wine-tasting room, that is. The château has produced award-winning Cabernet Francs and welcomes visitors Tuesdays to Saturdays for wine tastings. If you haven't quite gotten that sense of terroir when you first stepped into Detours de Loire to rent your bike, by now the grapes, the mushrooms, and the limestone cliffs should have put you well on the way to understanding that "sense of place" that has been drawing people to the Loire for centuries.

HOW TO TASTE TERROIR

As we've seen in Napa and other U.S. wine regions, the notion of establishing a great restaurant inside a winery has caught on in a big way. Think of it as "Ask not what wine will go best with my food, but what food will go best with my wine." One of the Loire's most noteworthy—and worth a $55 splurge—is chef David Guitton's La Table de la Bergerie (latable-bergerie.fr) at the Domaine de la Bergerie Yves Guegniard winery, in Champ-sur-Layon. With house-made ravioli, a fish of the day, and reds and whites from the winery, this is a meal you'll talk about when you get back home.

EXPLORE THE TOWN OF ANGERS

If wetting your whistle at wineries proves, well, intoxicating, pedal over to the Museum of Wine Growers and Wine of Anjou, in Angers, on the western edge of the Loire Valley. Here, you'll learn the history of the region, its vinocultural practices, and view exhibits of vineyard tools. Anjou is a wine subregion of the Loire that includes Saumur's red wines. ("No, I'm not guzzling more wine—I'm going to a museum!") Angers, a city of more than 250,000 with more than 30,000 students, has a much livelier vibe than some of its quiet Loire neighbors. If you crave nightlife, head to Place du Ralliement or Rue St.-Laud for a hoppin' bar and cafe scene. Angers is pleasantly placed on either side of the Maine River, with a major château dominating its historic center, where the "Apocalypse Tapestry," depicting the revelation of St. John, is on display. The tapestry, one of the most ambitious and accomplished of its kind, was lost during the 18th century but recovered and restored in the 19th. The Cathedrale Saint-Maurice d'Angers, also known simply as Angers Cathedral, built in the 12th and 13th centuries, is known for its stained glass windows, one of which includes an unusual portrayal of St. Christopher with the head of a dog. The "Apocalypse Tapestries" resided at the cathedral before their disappearance and partial destruction.

While the awesome trails and relative peace and quiet of the roadways may tempt you to turn your trek across the Loire into a road race, we respectfully suggest that you take your time. Linger at a comfortable hotel, like Le Clos des 3 Rois (closdes3rois.fr) in Thouarcé. Linger at the wineries to ask questions (and maybe get the kind of behind-the-scenes tours that aren't on the agenda), and don't measure your vacation in miles. Though you may arrive in the Loire with visions of the Tour de France, you may find yourself remembering humble—and more meaningful—details. Like the way the evening light plays over the surface of the Loire. The gentle arches of the Pont du Verdun. The unique aroma of an underground mushroom farm. And when those details—along with the feel of the breeze in your hair and the thrill of pedaling your way through France—come back to you, you'll remember the word: terroir.

HOW TO GET THERE

The Loire River Valley is in western France. A high-speed train from Paris to Angers takes about 90-minutes (raileurope.com).

Biking France offers Loire à Vélo package tours that include accommodations in two- and three-star hotels, complimentary breakfasts, bike and equipment rental, and luggage transfer. Package tours include a six-day trip from Orléans to Tours, a seven-day trip from Saumur to the Atlantic coast, and four days in the Loire's château country, all reasonably priced (often well under $1,000).